The Invisible Influence of Others

BY Kira M Newman
Welcome to UPLIFT
The Invisible Influence of Others
Are You a Rebel or a Conformist?

The partisanship of today’s politics in America may be shocking, but it also reveals something significant about human behavior: the power of social influence. Personal beliefs can be strengthened when people surround themselves with those who share their views and distance themselves from the demonized other side.

In the new book Invisible Influence, Wharton professor Jonah Berger shows us the insidious way other people’s opinions affect us, including in the political realm.

He puts forth fascinating evidence illustrating how the thoughts and actions of others influence what we see, buy, and believe, without us being consciously aware of it. 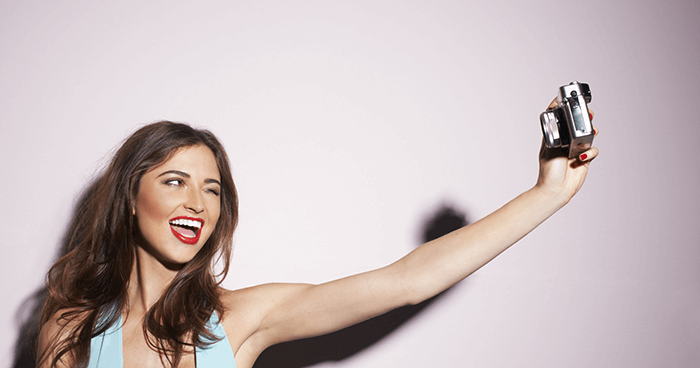 We all conform in our own ways to blend into society and be accepted.

The Drive to Conform and Rebel

For example, in a 2003 study, researchers found that how people evaluated a particular welfare policy depended little on how generous it was — and mostly on whether their own party supported it. Yet participants claimed that party loyalty had nothing to do with their decision, although they thought other people were surely influenced by partisanship.

But the drive to conform isn’t all we feel. In his book, Berger illustrates how we also try to be different from others, forging our identities through similarity and distinction.

Recognizing the far-reaching power of social influence—and its limitations—can not only make us more self-aware, Berger argues, but can also help us build a better society. 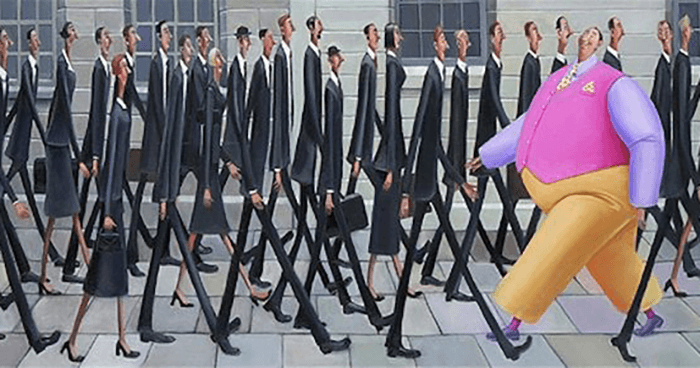 We feel both a drive to conform and to be different from others.

According to Berger, the urge to imitate others is built into our nature. It’s how we learn language as babies, for example, or avoid getting eaten by a tiger when our hunting companions bolt. But not all forms of imitation are as useful as these.

In a series of studies, researchers presented participants with a picture of four lines, and then asked them to pick which of the last three lines was most similar in length to the first.

This test, in fact, is incredibly easy. It’s obvious which line matches up, and most people are confident in their choice—until they hear everyone else in the group pick a different answer. Unbeknownst to them, the other group members are research assistants in disguise, and about a third of participants follow their lead and choose the wrong line. 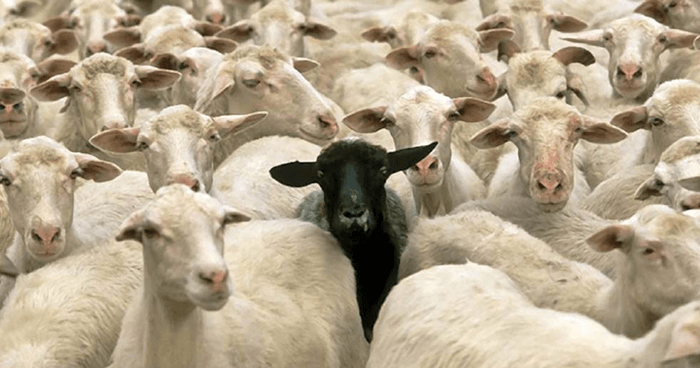 Most of us don’t want to stand out in the crowd for negative reasons.

Signals from other people are sometimes helpful, Berger writes. Social cues help us figure out where to park, for example, or whether we need to wear a heavy jacket today. But in cases like the line test, where social influence can sometimes unhinge even our most solid convictions, it may lead us (and our institutions) astray. Berger explains:

Group decisions often suffer from something called groupthink, where conformity and the desire for intragroup harmony lead groups to make worse decisions.

Social influence also operates in more subjective phenomena, like music preferences. In one famous experiment, researchers set up a website offering free music downloads and split it into separate “worlds”: One was free of social influence, while the others included download counts or ordered songs by popularity. Although there was some correlation between how well songs did across worlds, different songs emerged as hits in different worlds; the first few ratings by early users helped tip the scales in their favor. 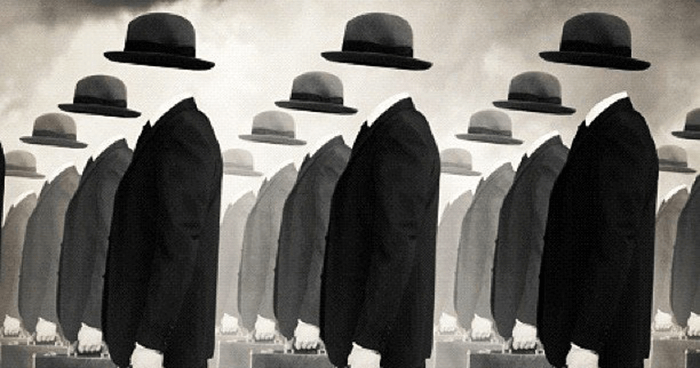 Social influence can make us question our choices and conform.

In other words, Berger explains, hits like Harry Potter and “Baby One More Time” may owe their success more to social influence than we think.

Yet we’re largely unaware of this influence — and even deny it when confronted. For example, campaigns for energy conservation work when they refer to neighbors’ behaviors—“77% of neighbors use fans instead of air conditioning”—but not cost savings or environmental impact, even though people rate those values as more important.

We all conform, but without even realizing that we’re doing it. 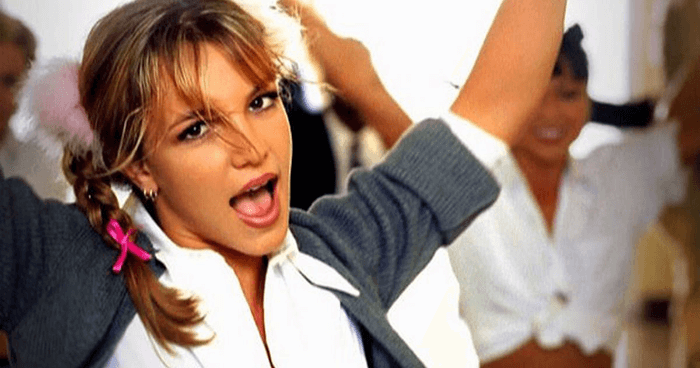 We are largely unaware of social influence and even tend to deny it.

Actors on the show Jersey Shore got a product placement offer from Abercrombie—but not the usual kind. Instead, the brand offered to pay the actors not to wear Abercrombie clothes, Berger recounts.

Abercrombie was aware of something powerful: the negative version of social influence. If we don’t want to be associated with a certain group, we may avoid behaviors and signals that link us to them. Berger writes:

Wanting to be different is a phenomenon that’s familiar to another group of people: younger siblings. Research has found a reliable pattern of differences between firstborns and their brothers and sisters, whereby younger siblings tend to be sportier, more liberal, and more risk-taking. Why? According to Berger, many firstborns get a reputation for being smart and conscientious, and their siblings try to find a different way to stand out. 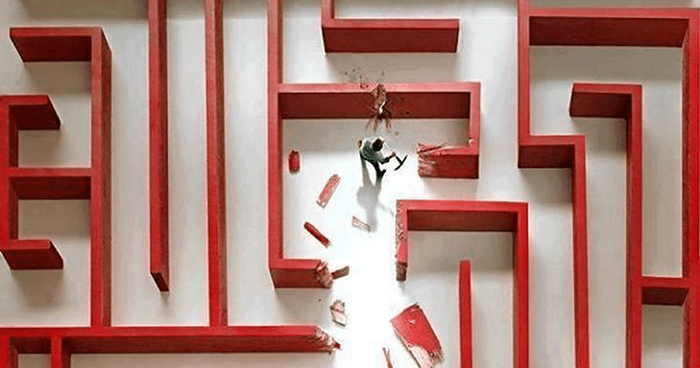 Thinking outside the box helps us to break through barriers.

The Desire to Stand Out

Anyone who’s ordered in a group at a restaurant has also seen negative social influence at work. The first guy picks whatever he wants, but then it becomes lame to ask for the same beer or entree — so people actually switch their choices to be different and end up less satisfied with what they ordered.

Similarly, “snob effects” are when the popularity of a band or trendy food makes certain people avoid it. It’s the “I liked them before they were popular” refrain, which can lead us to abandon things we actually enjoy because they’re no longer a symbol of uniqueness.

Some research suggests that this desire to be different is stronger among the middle class than the working class. For example, imagining that someone else bought the same car as them, MBAs tend to be irritated—while firefighters get a boost. We all may have a little nonconformist inside us, but some more than others.

In the end, Berger explains, we want to conform in the ways that count, associating us with groups we want to belong to, but also find ways to show off our individuality. 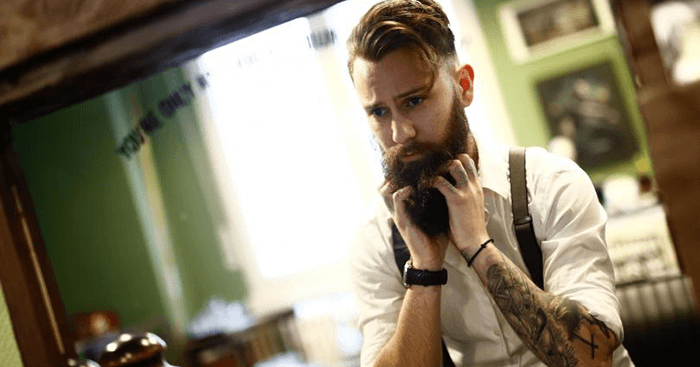 We strive for uniqueness, but also desire a sense of belonging.

How to Better Society

How can we put social influence to work for us, and for society? According to Berger, we can appeal to people’s inner rebel to discourage harmful behaviors — the way a successful alcohol prevention poster did when it portrayed a geeky hipster drinking.

We can rely on their tendency to imitate when it serves a good end, like voicing our opinion first in a meeting or (my favorite) fighting over the broccoli with our spouse so it seems more appealing to the kids.

According to Berger, we should also be on the lookout for destructive instances of conformity and exclusion. For example, women are more willing to enrol in a computer science class if the room isn’t filled with Star Trek decorations and “I code, therefore I am” t-shirts, a stereotype of the geeky, male computer scientist that prospective female students feel excludes them. 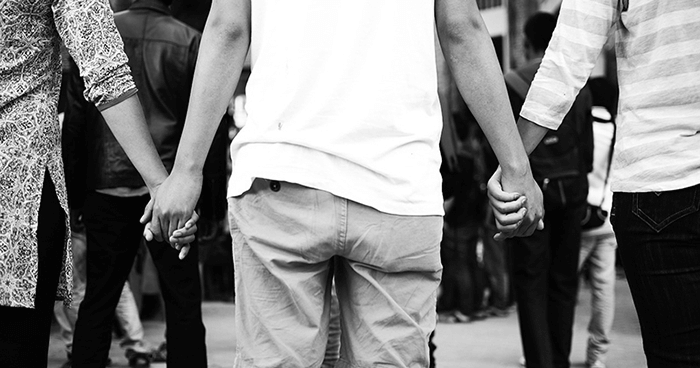 We can use the power of social influence to improve our society.

Perhaps most importantly, we might be able to make strides in transcending political partisanship by redirecting social influence. As that welfare study demonstrated, it’s best if we form opinions about policies before learning our own party’s stance.

In the same vein, rather than focusing on our identity as Republicans and Democrats, calls for constructive collaboration can appeal to our larger identity as human beings—and the values that unite us all, like human rights and fairness.

Fighting partisanship will also take inner strength and courage. According to Solomon Asch, creator of the line-matching studies, taking issue with your group’s beliefs—whether that group is your family, your team, or your own political party —

…requires the capacity to accept the fact of opposition without a lowered sense of personal worth. 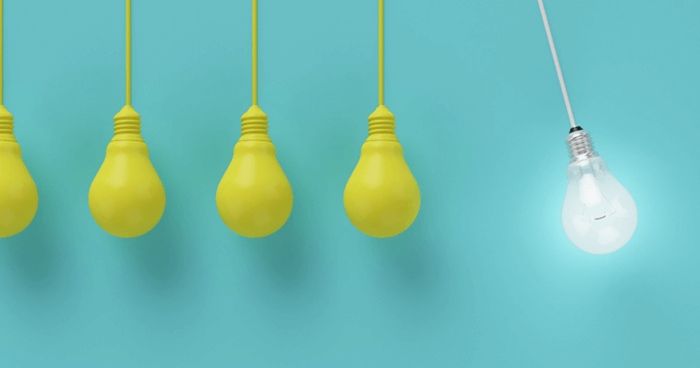 Disagreeing with others can be a source of stress, confusion, and doubt; the urge to conform is strong for those who try to stand alone.

Yet one dissenting view can make the difference between passive consensus and healthy disagreement. This was the case in Asch’s study, where conformity decreased significantly if just one other group member disagreed with the majority opinion. A last word from Berger:

Thank you for this excellent study which clarifies people attitude when striving “to belong” without knowing who they truly are. But people who are introverted, means people who recharged by alone time, or one-on-one time with someone they know well, avoiding crowds and too much noise, who think before they act, and pondering a thoughtful response before they take decision are less prone to become rebel or conformist. They will simply become authentic and true to their nature.