We must all achieve our identity on the basis of a radical authenticity… [for] it is only in the real world of the person – neither singular nor plural – that the crucial factors influencing the course of the universe are at work. – Raimundo Panikkar, ‘The Silence of God,’ Introduction p. xviii

There can be little doubt that traditional religious frameworks are no longer speaking to new generations as they have in the past, especially in the West. In a recent article in the LA Times, Philip Clayton, Dean of Faculty at Claremont School of Theology, writes that the fastest growing religious group in the United States is “spiritual but not religious,” containing a shocking 75 percent of Americans between the ages of 18 and 29. Clayton argues that young people are not necessarily rejecting a sense of God, rather they feel that religious organizations are too concerned with money and power, too focused on rules and too involved in the structures of the political status quo.

This is why the Interspiritual Revolution is so important. In a recent book of magnificent scope, ‘The Coming Interspiritual Age’ (Namaste Publishing 2013), Dr. Kurt Johnson, a former Anglican monk and evolutionary biologist, together with David Robert Ord, trace the history of the interspiritual movement from no less than the Big Bang. They explore this unfolding extensively from an integral and evolutionary perspective, bringing together the world’s religious traditions, developmental history, and current scientific understandings of anthropology, human cognitive development, brain/mind and scientific consciousness studies.

They make a powerful argument for seeing the history of the world’s spiritual and religious traditions as one movement, all contributing to the maturation of our species. 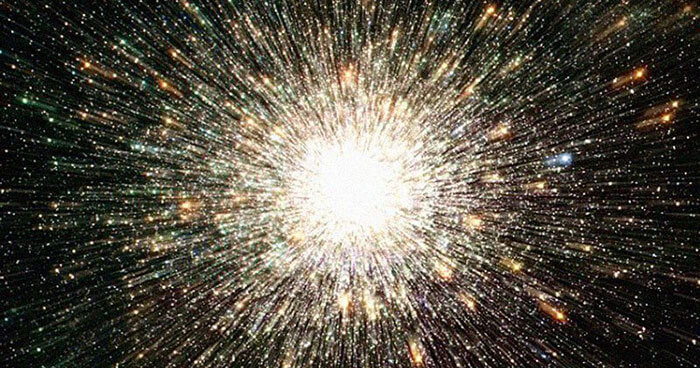 The history of the interspiritual movement traced from no less than the Big Bang.

Brother Wayne Teasdale, a lay Catholic monk who was ordained as a Christian sannyassi (a monk in the Hindu tradition), coined the term interspirituality in his book ‘The Mystic Heart: Discovering a Universal Spirituality in the World’s Religions’ (New World Library, 1999). In it, Brother Wayne said:

We believe this understanding of Interspirituality, as a reciprocal sharing of realizations and contemplative gifts, in which each person’s insights help to affirm, deepen, and direct the other’s journey, is a framework that can be embraced by a new generation of spiritually hungry youth, while also allowing for inter-generational bridges to be built between elders, wisdom traditions and the youth. We call this process spiritual democracy, putting aside our egos and relating to each other in a way in which we can be surprised by the Divine, through which wisdom can come through everyone participating and God emerges as the ‘between’ between friends. Interspirituality leads us to the God that is emerging among us, while naturally allowing us to touch the God within and beyond.

The truth is there is a revolution happening among us. People are waking up to the emptiness of their consumer-driven and materialistic worlds, and are beginning to re-evaluate what matters. The Occupy movement, the Arab Spring, the recent protests in India over the rape and treatment of women – these are but early manifestations of something deeper emerging in our collective Soul. Young people are no longer interested in living in a world that doesn’t feel like their soul’s home, and they are willing to question the way things have been done in the past. It is to this questioning, this questing, that we believe Interspirituality has so much to offer, and can speak to the younger generation in a way that nothing else can. 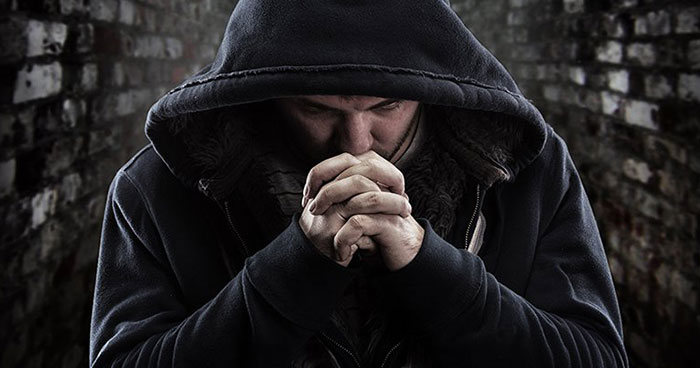 People are waking up to the emptiness of their consumer-driven and materialistic worlds, and are beginning to re-evaluate what matters.

In order for interspirituality to play this potent role, however, we must be careful in how we come to understand it, what it means and what it has to offer. There is a subtle danger in allowing interspirituality to be defined by an amorphous ‘oneness.’ An overemphasis on this can lead to an assumption that the varying experiences of ‘oneness’ are the same (leaving aside for now the sticky question of whether or not this is actually the case), while at the same time implying, perhaps even unconsciously, that an experience of ‘oneness’ is needed for a seat at the Interspiritual table. While the unity of the human race must be championed tirelessly by Interspirituality, we must also leave ample room for the messy complexity, the blood and marrow, that diversity demands. We explore the deeper contemplative dimension of this interspiritual movement in our manifesto, ‘New Monasticism: An Interspiritual Manifesto for Contemplative Life in the 21st Century,’ as well as the sacred activist side in ‘Occupy Spirituality: A Radical Vision for a New Generation’ (forthcoming, North Atlantic Books, Adam Bucko and Matthew Fox).

We must also acknowledge different ways of being interspiritual. One may have a solid grounding in one tradition, and from this foundational point reach out to experience and understand the wisdom of other traditions.

This has been the way of many of the founders of the Interspiritual movement, such as Father Bede Griffiths and Brother Wayne Teasdale. One may also go the way of ‘multiple belonging’ by fully immersing oneself in multiple traditions, such as Lex Hixon, also known as Shaykh Nur al-Jerrahi, did. This way is eloquently described by Matthew Wright, an Episcopal priest and practicing dervish, in “Reshaping Religion: Interspirituality and Multiple Religious Belonging.” There is yet a third way, in which one’s primary path is one’s inner guidance, what George Fox, founder of the Quakers, called one’s ‘inner teacher,’ and what Christians have often referred to as the “guidance of the Holy Spirit.” Its emphasis lies on the relationship aspect of the Ultimate Mystery. This way may not lead to being embedded in a particular wisdom tradition (without eliminating this possibility), but instead to taking on, in a mature and disciplined way, differing teachers, practices and service roles throughout one’s lifetime, under the guidance of the Spirit. 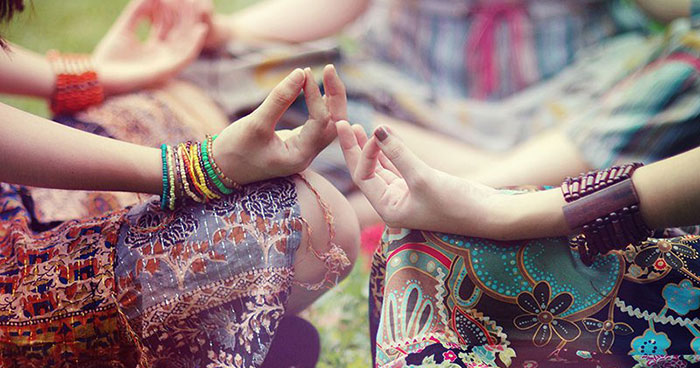 Taking on differing teachers, practices and service roles throughout one’s lifetime, under the guidance of the Spirit.

Too often this third way has been described as being selfish, flaky, a spiritual ‘Esperanto,’ or arising out of an inability to commit. In fact of matter, it is all about commitment. It is about fidelity to one’s own path, to the inner impulse that arises within us, and the courage to commit to it with all of one’s being, allowing ourselves the freedom of movement that it demands. It shifts us from a reliance on gurus, dogmas, and institutions to following one’s own inner light.

It is not freedom for the sake of freedom, it has a purpose. It is the newest and yet most ancient way, as it is the origin of all the world’s wisdom traditions.

Our traditions and elders must come to recognize this impulse in the youth, not as a selfish reliance on one’s ‘self,’ but as nothing less than the breath of the Holy Spirit, opening up possibilities for new structures and understandings to emerge. To fail to do so we fear is to relegate themselves to the dustbin of history, making the human race poorer from the failure to pass on the very real wisdom their traditions have safeguarded and passed down for centuries.

Yet, it is unequivocal that purely subjective guidance tends to be dangerous, as all authentic traditions have attested to. This is why we need communities where we can help each other to discern what is authentic and facilitate the immersion into spirit. This is why we need our spiritual elders and we need our wisdom traditions to give us guidance, but we also need a new way to pass down their accumulated wisdom.

Interspirituality is about entering into a divine milieu, where “things are transfigured… but in this incandescence they retain – this is not strong enough, they exalt – all that is most specific in their attributes” (Pierre Teilhard de Chardin, The Divine Milieu). It is about the uniqueness of the human race itself, and for this to ultimately be discovered in full it needs each of our individual experiences of Life at its lived depths and revelations. It is then through the sharing of these gifts that a new fullness, a new understanding, can emerge. What is true for us individually is true for our religious traditions as well. Each religion, we believe, offers a unique way into the Ultimate Mystery and unique fruits, as does each individual journey. We are ready to move into a unity that is full, that welcomes all textures, where the Buddha’s equanimity complements Christ’s radical love in action, and where the Hebrew prophetic outrage can be merged with the incarnate spirituality of the prophet Muhammad, peace be upon him, and the timeless revelations of the Hindu sages.

For it is here, among us, that the Kingdom of Heaven which Jesus spoke of so intimately lies, waiting to be discovered through our intimacy with one another. It is here that our unity as a human race lies, and Interspirituality is dedicated to its discovery. This movement will lead to new structures, new narratives and new forms that live in communities which are cells of a new world; cells connected in networks of friendships, and one day this emerging web of contemplative being and acting will become a center for all of life, not because someone imposes it or lobbies for it, but because Life attracts more life.

This is the revolution, the Interspiritual Revolution. Come, join us…

Nice, a de Chardin reference. Phenomenon of man is all ive read of him.

I notice that there is a group of authentic spiritual .. realizes? not mentioned in this, mostly because (i guess) they are spiritual but not religious, or maybe you don’t recognize them. The philosophers. Far from all of course. Plato, Plotinus, Spinoza, Nietzsche… Mystic philosophers who chose the path of reason toward the divine. (paths can also be focused on love and relationship, duty and service, self-control and force of will, as well as many others and their hybrids,

Allso, if you haven’t, you need to check out integral theory, especially integral spirituality. its the kind of stuff your talking about, Great for people leaning toward the intellect/reason/wisdom path.

My spirituality, For the Free:

Have you heard of Progressive Revelation as taught by Baha-u-llah, Founder of the Bahai Faith?? He is the origin of this idea of Interspirituality…. Thoughts and Prayers!

Thank you for this article that sets forward what I have been observing! Blessings of Light and love for you and this emerging awareness and shift in perspective for so many beautiful beings.

Can I use your two pics of the tree surrounded by stumps, and the spiritual tolerance, on my fb page.