The Inner Revolution of Awaking to Reality

The enlightenment I speak of is not simply a realization, not simply the discovery of one’s true nature. This discovery is just the beginning—the point of entry into an inner revolution. Realization does not guarantee this revolution; it simply makes it possible.

What is this inner revolution? To begin with, revolution is not static; it is alive, ongoing, and continuous. It cannot be grasped or made to fit into any conceptual model. Nor is there any path to this inner revolution, for it is neither predictable nor controllable and has a life all of its own. This revolution is a breaking away from the old, repetitive, dead structures of thought and perception that humanity finds itself trapped in. Realization of the ultimate reality is a direct and sudden existential awakening to one’s true nature that opens the door to the possibility of an inner revolution. 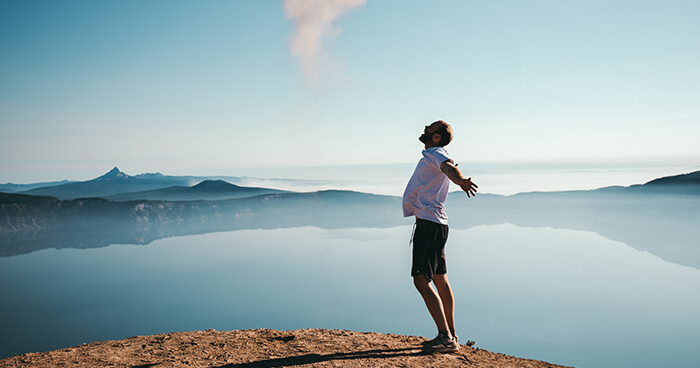 If you are not free of the old conditioned structures, then you are still in a prison. Image: Kal Visuals

Having an awakening to one’s true nature does not necessarily mean that there will be an ongoing revolution in the way one perceives, acts, and responds to life. The moment of awakening shows us what is ultimately true and real, as well as revealing a deeper possibility in the way that life can be lived from an undivided and unconditioned state of being. But the moment of awakening does not guarantee this deeper possibility, as many who have experienced spiritual awakening can attest to.

Opening the Doors to Inner Revolution

Awakening opens a door inside to a deep inner revolution, but in no way guarantees that it will take place. Whether it takes place or not depends on many factors, but none more important and vital than an earnest and unambiguous intention for truth above and beyond all else. This earnest intention toward truth is what all spiritual growth ultimately depends upon, especially when it transcends all personal preferences, agendas, and goals.

This inner revolution is the awakening of an intelligence not born of the mind but of an inner silence of mind, which alone has the ability to uproot all of the old structures of one’s consciousness. Unless these structures are uprooted, there will be no creative thought, action or response. Unless there is an inner revolution, nothing new and fresh can flower. Only the old, the repetitious, the conditioned will flower in the absence of this revolution. But our potential lies beyond the known, beyond the structures of the past, beyond anything that humanity has established. Our potential is something that can flower only when we are no longer caught within the influence and limitations of the known. 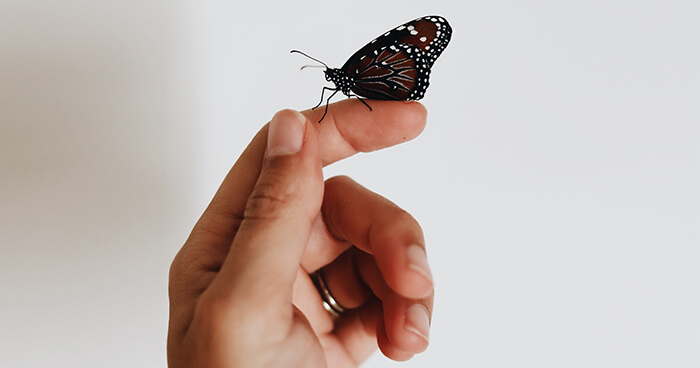 Unless there is an inner revolution, nothing new and fresh can flower. Image: Amy Humphries

Beyond the realm of the mind, beyond the limitations of humanity’s conditioned consciousness, lies that which can be called the sacred. And it is from the sacred that a new and fluid consciousness is born that wipes away the old and brings to life the flowering of a living and undivided expression of being. Such an expression is neither personal nor impersonal, neither spiritual nor worldly, but rather the flow and flowering of existence beyond all notions of self.

So let us understand that reality transcends all of our notions about reality. Reality is neither Christian, Hindu, Jewish, Advaita Vedanta, nor Buddhist. It is neither dualistic nor non-dualistic, neither spiritual nor non-spiritual. We should come to know that there is more reality and sacredness in a blade of grass than in all of our thoughts and ideas about reality.

When we perceive from an undivided consciousness, we will find the sacred in every expression of life. We will find it in our teacup, in the fall breeze, in the brushing of our teeth, in each and every moment of living and dying. Therefore we must leave the entire collection of conditioned thought behind and let ourselves be led by the inner thread of silence into the unknown, beyond where all paths end, to that place where we go innocently or not at all—not once but continually.

One must be willing to stand alone—in the unknown, with no reference to the known or the past or any of one’s conditioning. One must stand where no-one has stood before in complete nakedness, innocence, and humility. One must stand in that dark light, in that groundless embrace, unwavering and true to the reality beyond all self—not just for a moment, but forever without end. For then, that which is sacred, undivided, and whole is born within consciousness and begins to express itself.

I am glad that you stand for awakening of reality via inner revolution and so do I. Recently,i published a book on “The Inner Revolution: Transformation to a New Man and Peace” by Waldorf Publishing, Grapevine Texas. This book opens the eyes of millions and millions come to this world even after decades. This contribution will take man very far in the journey of life. I guarantee you and your people will like this book.

This piece arrived like an answer, prior to Christmas as i was observing everyone’s frantic and continual “search for product,” including my own. These words helped me re-find my focus on and devotion to the Absolute, transcending my “personal preferences, agendas and goals.” Thank you for this.

I connected with some of this but found a lack of coherent process as it dissolved into vagueness with over – use of cliched mysticism.. In fact that’s my problem with the writer… Too much magical mystic terminology about the cosmic forces around and within us of which we understand so little while projecting so many answers to all our problems upon. The Universe can guide us if only we tune into it. Maybe it can’t. Maybe we are inept, flawed, low-intelligence beings who live basic lives without splendour, rainbow light, magnificent spirituality and just die?

Working toward understanding within this journey to awakening to truth and knowing intuitively when it happens on all levels.