The Incredible Hidden Life of Trees

Trees have captured the human imagination since the beginning of time. Watching their cycles of growth, shedding of leaves, and re-flowering in the spring, people have long perceived trees as powerful symbols of life, death, and renewal.

We look to them for inspiration when we need grounding energy, as their roots descending deep into the Earth remind us of our own connection to and dependence on our planet for stability and life. Trees live for hundreds or even thousands of years, and so we revere them as keepers of past secrets and sentinels of the future.

Forests cover one-third of the Earth’s landmass. They provide a home to at least 80% of land-based plants, animals, and insects. Trees are one of our main defenses against climate change, as they balance our air by absorbing carbon dioxide from human activities and turning it into oxygen; they also protect watersheds by holding our soil in place.

In honor of the International Day of Forests on March 21, here are seven incredible facts about the hidden life of trees. 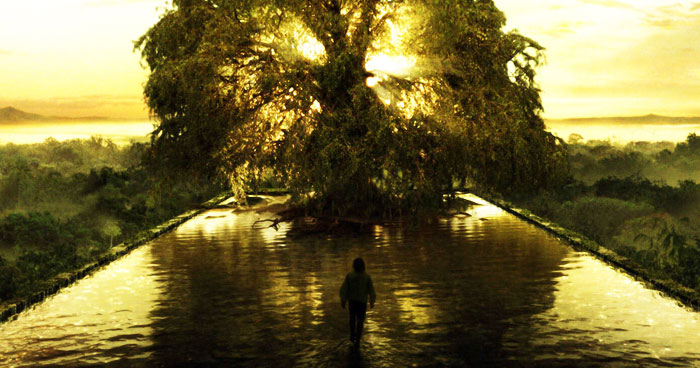 Trees have captured the human imagination since the beginning of time

1. Pando, or the Trembling Giant

Pando is a grove of approximately 47,000 quaking aspen trees in Utah. This remarkable group of trees is considered a single organism, because all the trees share a single root system and each tree is genetically identical. New trees are produced by sprouting from the massive parent root system. It is estimated that Pando has been alive at least 80,000 years, making it one of the oldest living things on the planet.

Consider that when this tree colony first sprouted from the ground, humans would still not arrive on North America for another 50,000 years. In some parts of the planet, Neanderthal people were still 30,000 years from going extinct. The 106-acre grove of trees has seen unimaginable changes, living through the ice age and at times being completely burnt down above ground, but surviving and renewing itself below ground. 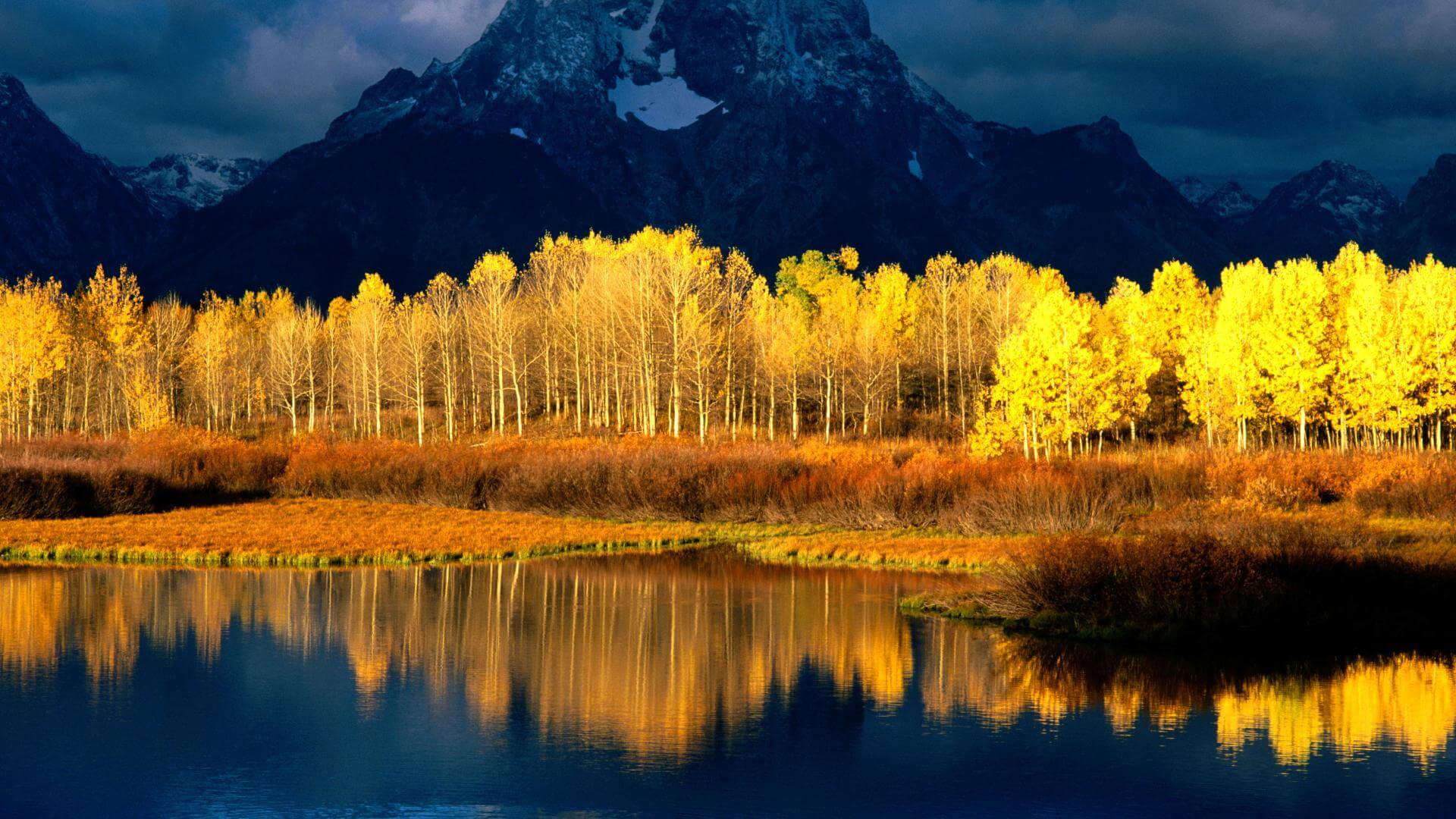 2. More than 25% of Western pharmaceuticals originate in rainforest plants.

There are 3,000 plants currently recognized by the U.S. National Cancer Institute as active against cancer cells, and 70% of these come from rainforests. Perhaps this is why the shamans of the Amazon believe that for every human ailment, the rainforest holds a cure. And yet, only 1% of all rainforest plants have actually been studied (by modern science) for medicinal purposes. Imagine how many valuable healing plants are destroyed or even made extinct as the rainforests are cleared at a rate of 1.5 acres per second. Due to rainforest destruction, the Earth loses approximately 137 species of plants, animals, and insects per day.

3. Not all rainforests are in tropical zones.

The Pacific Temperate Rainforest is the largest remaining coastal temperate rainforest on Earth. It is situated along the Pacific Coast and stretches from Northern California up to the Prince William Sound in Alaska. It is characterized by high amounts of rainfall, more than 10 feet per year in some areas; and in many places the forest grows right up to the shoreline. It includes the Great Bear Rainforest in western Canada, home to the Spirit Bear, a rare subspecies of black bear with a white coat.

A National Geographic article about the Great Bear Rainforest states: “Grizzlies, black bears, wolves, wolverines, humpback whales, and orcas thrive along a coast that has been home to First Nations like the Gitga’at for hundreds of generations. It’s a spooky, wild, mysterious place: There are wolves here that fish. Deer that swim. Western red cedar trees that have stood a thousand years or more. And a black bear that is white.” 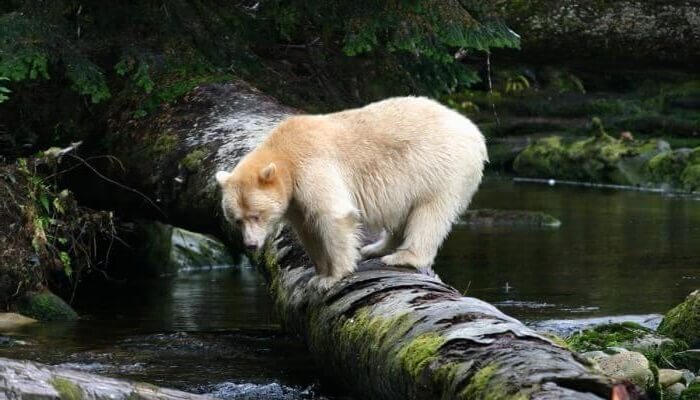 4. In many cultures, it is believed that hugging a tree releases negative energy from the human body.

Many people believe that trees, like humans and all living things, possess an energetic vibration and an aura. Because trees’ vibrations are slower and deeply connected to the Earth through their roots, connecting with trees can help us to feel safe, secure, and stable. Most would agree that a walk in the forest or even simply gazing at a tree provides a deep feeling of peace and serenity, and can be emotionally and psychologically healing.

5. People in Malaysia maintain a very intimate relationship with trees.

Among the Sng’oi indigenous people, a person and a tree can belong together, and this relationship is maintained for life. When a person belongs with a tree, they also belong with its offspring: any trees that grow from the seeds of the first tree, no matter how far they become scattered.

Also in Malaysia, trees are planted around houses so closely that the walls of the homes may give way to the growing roots. In the graveyards, the trees are allowed to take root into graves, and it is said that the trees whisper prayers to the creator asking for the forgiveness of sins of those buried in that place.These practices speak to an ancient knowing that people and trees are intimately interconnected throughout life and forever in history. 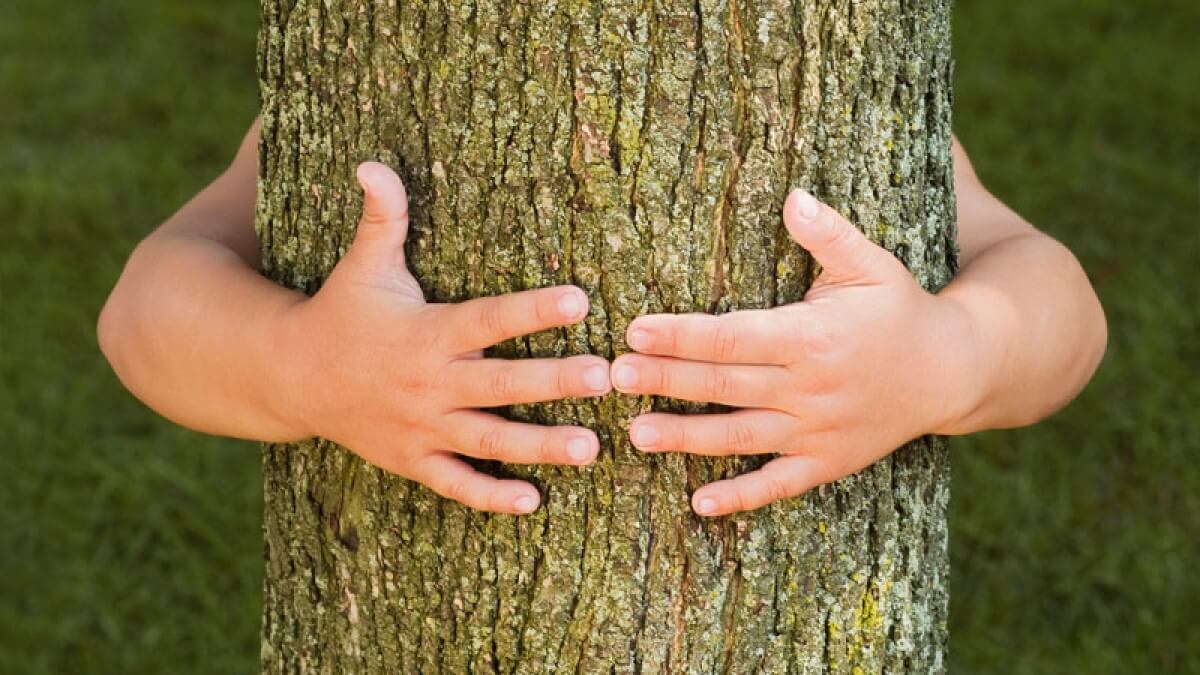 Hugging a tree can release negative energy from the body

6. Trees are literally saving our lives every day.

A July 2014 study showed that trees prevent $6.8 billion per year in averted health costs annually, just in the United States. It is estimated that by removing massive amounts of air pollution through their leaves, trees “prevented 850 human deaths and 670,000 cases of acute respiratory symptoms in 2010 alone.” Studies show that trees in urban areas are removing 4 to 8 times the pollution from the air as their equivalents in rural areas. This highlights the importance of planting trees everywhere we possibly can, and especially in highly-populated areas where pollution is highest.

Trees are an important part of our lives

7. Trees in a forest communicate with one another through underground networks.

Trees are connected below the ground by mycorrhizal fungi, which live symbiotically with the roots of the trees. Both the trees and the fungi need each other to survive. But that’s not all. Because the fungi essentially connect the roots of one tree to another, the trees can use the fungi to pass nutrients to one another. So, for example, in winter when aspens are weaker, nearby conifers were found to pass additional nutrients to the aspens to keep them healthy. Similarly, older, more-established trees pass nutrients through the fungi to young seedlings which need to grow larger toward the sun’s light in order to survive. The largest, oldest trees in the forest serve as the hub because they possess and produce large amounts of resources, and their massive roots spread out in all directions.

When one tree is attacked by insects, it distributes pheromonal chemicals through the fungi beneath the soil to warn nearby trees of a possible attack so the other trees can prepare by changing the chemical makeup of their leaves. The fungal networks also strengthen the immune systems of the trees. So not only do different species of trees help each other out in the forest, but fungi and even other types of plants join the underground network and communicate together to support the health of the entire ecosystem. There is documented proof that when a tree is dying, it releases its resources into the root networks so that its neighbors can benefit from the nourishment that it will no longer need—it is making the ultimate sacrifice. 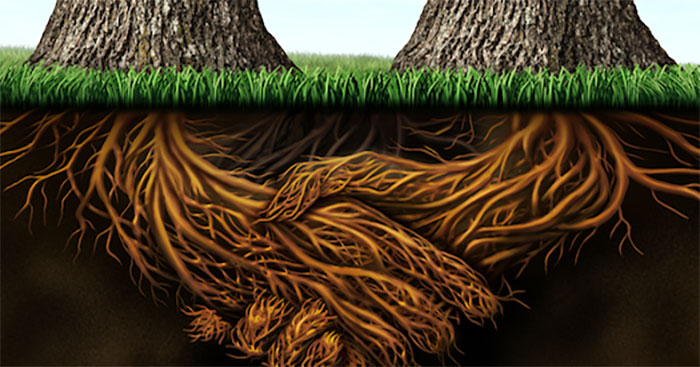 Trees communicate with each other below the ground

In closing, here is a beautiful poem written by Clare Dakin of TreeSisters, which will help you to deepen your connection with trees and with all of nature:

Let the birds take your clothes
Let the waves undo your holding back
Let the vines unravel your tired mind
And the earth savour your sweat and tears.

Let your stories burn off like rising mist,
As your past and the false floors of curbed self love
Dissolve into butterfly wings and fire flies
As your edges blur and your Planetary Self ignites.

Let the trees bathe your breath
Let the meadows embrace you
Let the mountains and the bees remind you
Let the sky flood in and allow the clouds to guide you.

Let your undoing be as total
As your becoming is beautiful –
And when the living world has climbed inside
Enough for you to feel four legs, scales and wings.

May you finally know yourself alive as all things –
Indivisible and responsible
Reborn into wholeness
Natural, Sacred and Wild