The Difference between Good Stress and Bad Stress

Stress is a widespread problem affecting the lives of millions of people across the world. Most of us have experienced, in some way or another, the detrimental effects of stress. Elevated levels of the stress hormone, cortisol, has a massively harmful impact on our health and wellbeing. Stress is our bodies’ reaction to changes that are demanding, and cortisol is a life sustaining adrenal hormone essential to the maintenance of homeostasis.

Yet, stress is not always negative. In fact there are two types of stress, and one of them: Eustress, literally, means “good stress.” Eustress is the kind of stress that motivates us, keeps us productive and creates a feeling of fulfilment. Distress, on the other hand, refers to the negative aspects of stress, as an ongoing sense of anxiety from which there is seldom relief. 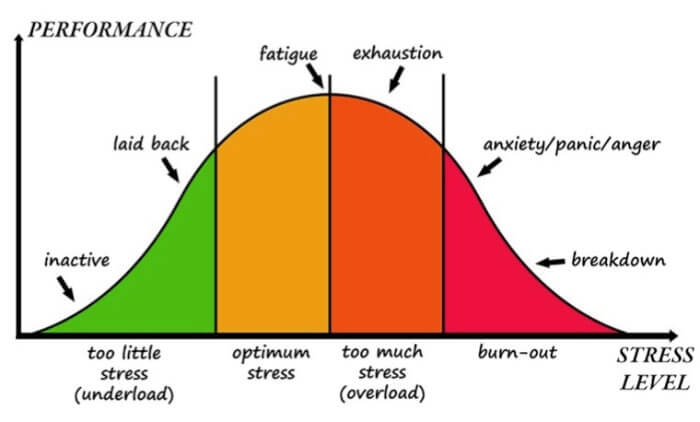 Changing the Way we Perceive Stress

In fact, how we perceive stress is a good indicator of how great an impact the stress will have on us. Do we perceive the stressor as a positive challenge or a negative threat? Although differentiation between eustress and distress depends on perception, it is also believed that the same stressor may cause both eustress and distress, such as with a new job opportunity, where the person may be motivated to stretch themselves to learn new things and do well, (eustress) or feel pressured to perform and feel afraid of failure (distress).

Another definition of eustress is that it “occurs when the gap between what one has and what one wants is slightly pushed, but not overwhelmed. The goal is not too far out of reach but is still slightly more than one can handle. This fosters challenge and motivation since the goal is in sight. 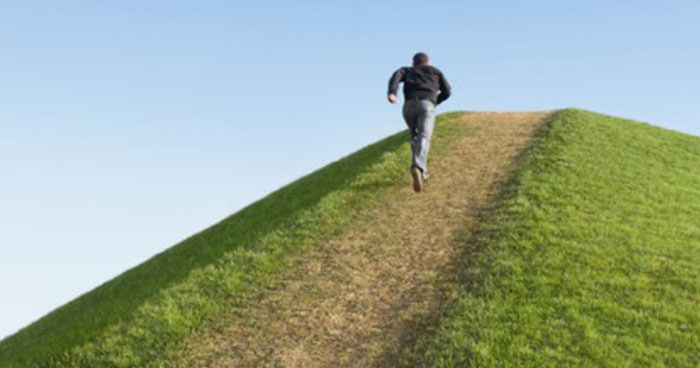 Eustress motivates us when our goals are in sight

The function of challenge is to motivate a person toward improvement and a goal. Eustress is indicated by hope and active engagement. Eustress has a significantly positive correlation with life satisfaction and hope. It is typically assumed that experiencing chronic stress, either in the form of distress or eustress, is negative. However, eustress can instead fuel physiological thriving by positively influencing the underlying biological processes implicated in physical recovery and immunity.” 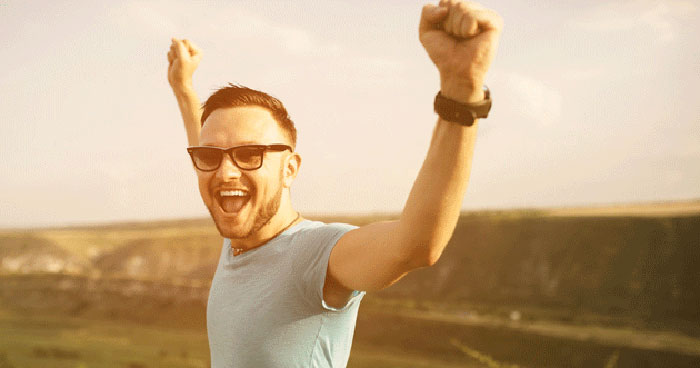 Flow is the ultimate Eustress experience

Eustress as an approach is turning a fight or flight response from a negative one that consumes us, into a flow where we feel motivated and fulfilled. Eustress has a significantly positive correlation with life satisfaction and hope. Being aware of our perception and what we focus on can help us use stress constructively to bring about change and growth.

It is how people respond to stress that determines whether they will profit from misfortune or be miserable. – Mihaly Csikszentmihalyi

At the physical level, it is worth noting that our bodies are not able to distinguish between distress and eustress. Both distress and eustress release cortisol in our bodies. It’s produced by the adrenal cortex in response to physical or emotional triggers and follows a circadian rhythm that peaks around 8am and reaches the lowest levels around 4am. Cortisol helps us deal with stress by shutting down certain processes like the immune system and reproduction. This in turn, allows the body to focus more energy toward managing the heightened stress level. 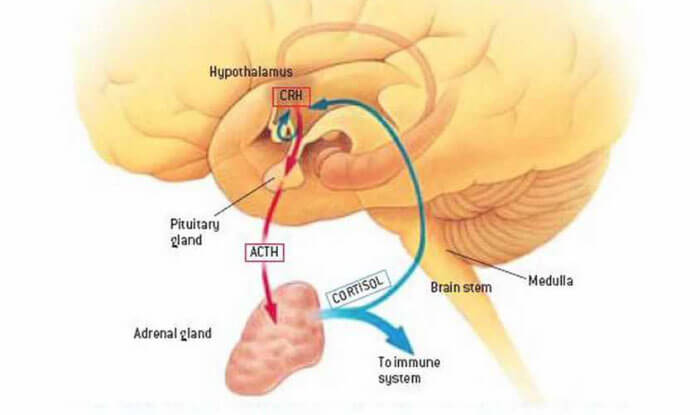 How stress works in the brain

Cortisol levels are meant to be short-lived, returning to normal once the cause of the stress has been removed, as is the case with eustress. In a state of distress heightened cortisol levels persist, with no physical release, and it builds up in our blood.

Soaring cortisol levels wreak havoc on the immune system, interfering with T-cell production and function, which can explain why stressed people get ill often, or soon after overcoming a stressful event. Cortisol inhibits insulin production to prevent glucose from being stored, favouring its immediate use as an energy supply to large muscles.

This renders the body in a general insulin-resistant state when cortisol levels are chronically high. Over time, the pancreas struggles to keep up with the high demand for insulin, glucose levels in the blood remain high, the cells cannot get the sugar they need, and the cycle continues.[1] Suffice to say that many health problems result from both too much circulating cortisol and/or from too little cortisol if the adrenal glands become chronically fatigued (adrenal fatigue). For more information see our feature on The Science of Adrenal Fatigue. 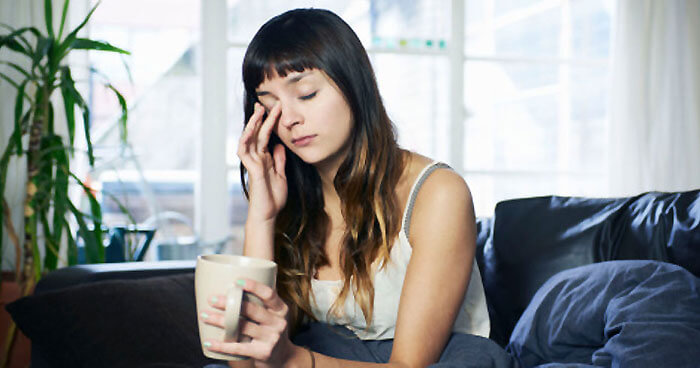 How to lower cortisol levels

We can reduce cortisol levels on a daily basis in various ways. The following simple lifestyle choices has proven to reduce stress and anxiety and lower elevated cortisol levels:

Regular physical activity or exercise: recreating the fight or flight response through using a punching bag, jogging or swimming is a great outlet and burns up cortisol.

Breathing, Mindfulness and Meditation: Our breath regulates our autonomic nervous system, promoting either the sympathetic (fight or flight) response or the parasympathetic (rest and digest) response. In the practice of Yoga, the Pranayama breathing techniques can shift the balance of the autonomic nervous system away from sympathetic dominance. Meditation, especially loving kindness meditation, which promotes feelings of goodwill towards yourself and others, shows an improvement in vagal function. High vagal tone improves the function of many bodily systems, improving blood sugar regulation, reduced risk of stroke and cardiovascular disease, lower blood pressure, and improved digestion. 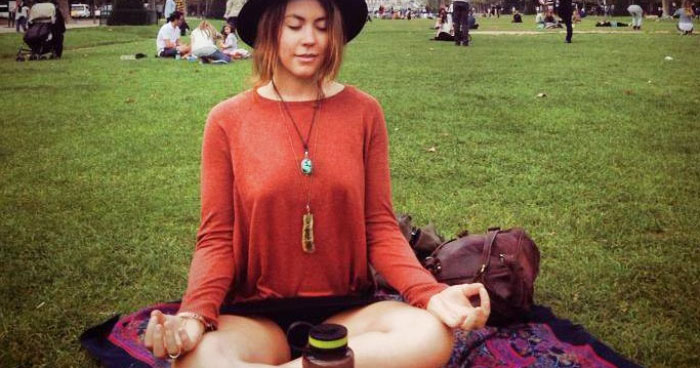 Meditation can lower your cortisol level

Social Connectivity: Close relationships are vital to mental and physical well being. It influences the release of oxytocin, a hormone that is important in social bonding. Studies have found that higher vagal tone is associated with greater closeness to others and more altruistic behavior.

Laughter is the best medicine. Joyous laughter can actually curb your body’s production of cortisol and accelerates the synthesis of serotonin (a chemical responsible for maintaining mood balance).

Listen to Music: Listening to Music that you love, and fits whatever mood you’re in, has been shown to lower cortisol levels.

Change habitual thoughts and behaviour that create distress. And remember that eustress is primarily based on perceptions.