The Dalai Lama on Happiness versus Pleasure

Several months after the Dalai Lama’s talks in Arizona, I visited him at his home in Dharamsala. It was a particularly hot and humid July afternoon, and I arrived at his home drenched in sweat after only a short hike from the village. Coming from a dry climate, I found the humidity to be almost unbearable that day, and I wasn’t in the best of moods as we sat down to begin our conversation. He, on the other hand, seemed to be in great spirits. Shortly into our conversation, we turned to the topic of pleasure.

At one point in the discussion, he made a crucial observation:

Now sometimes people confuse happiness with pleasure. For example, not long ago I was speaking to an Indian audience at Rajpur. I mentioned that the purpose of life was happiness, so one member of the audience said that Rajneesh teaches that our happiest moment comes during sexual activity, so through sex one can become the happiest. He wanted to know what I thought of that idea. I answered that from my point of view, the highest happiness is when one reaches the stage of Liberation, at which there is no more suffering. That’s genuine, lasting happiness. True happiness relates more to the mind and heart. Happiness that depends mainly on physical pleasure is unstable; one day it’s there, the next day it may not be. 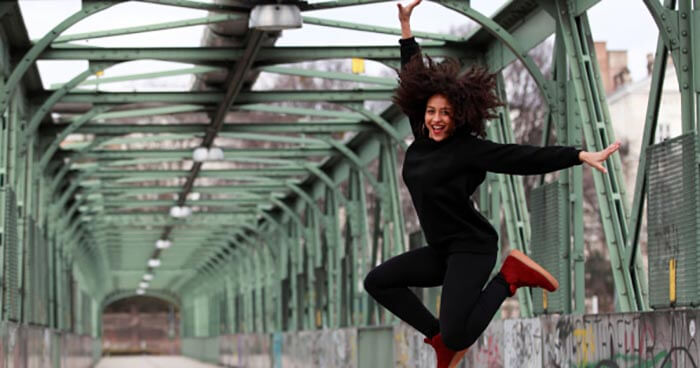 True happiness relates more to the mind and heart.

On the surface, it seemed like a fairly obvious observation; of course, happiness and pleasure were two different things. And yet, we human beings are often quite adept at confusing the two. Not long after I returned home, during a therapy session with a patient, I was to have a concrete demonstration of just how powerful that simple realization can be.

Heather was a young single professional working as a counselor in the Phoenix area. Although she enjoyed her job working with troubled youth, for some time she had become increasingly dissatisfied with living in that area. She often complained about the growing population, the traffic, and the oppressive heat in the summer. She had been offered a job in a beautiful small town in the mountains. In fact, she had visited that town many times and had always dreamed of moving there. It was perfect. The only problem was the fact that the job she was offered involved an adult clientele. For weeks, she had been struggling with the decision whether to accept the new job. She just couldn’t make up her mind. She tried making up a list of pros and cons, but the list was annoyingly even.

She explained, “I know I wouldn’t enjoy the work as much as my job here, but that would be more than compensated for by the pure pleasure of living in that town! I really love it there. Just being there makes me feel good. And I’m so sick of the heat here. I just don’t know what to do.” Her mention of the term ‘pleasure’ reminded me of the Dalai Lama’s words, and, probing a bit, I asked, “Do you think that moving there would bring you greater happiness or greater pleasure?” She paused for a moment, uncertain what to make of the question. Finally she answered, “I don’t know…You know, I think it would bring me more pleasure than happiness…Ultimately, I don’t think I‘d really be happy working with that clientele. I really do get a lot of satisfaction working with the kids at my job…” 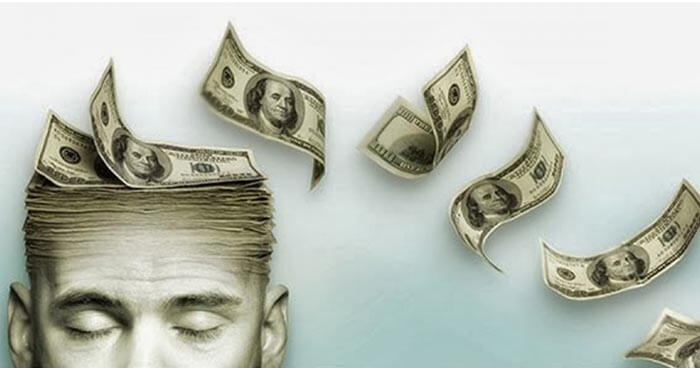 We often confuse what makes us happy with what brings pleasure.

Simply reframing her dilemma in terms of ‘Will it bring me happiness?’ seemed to provide a certain clarity. Suddenly it became much easier to make her decision. She decided to remain in Phoenix. Of course, she still complained about the summer heat. But, having made the conscious decision to remain there on the basis of what she felt would ultimately make her happier, somehow made the heat more bearable.

Everyday we are faced with numerous decisions and choices. And try as we may, we often don’t choose the thing that we know is ‘good for us’. Part of this is related to the fact that the ‘right choice’ is often the difficult one—the one that involves some sacrifice of our pleasure. In every century, men and women have struggled with trying to define the proper role that pleasure should play in their lives—a legion of philosophers, theologists, and psychologists, all exploring our relationship with pleasure.

In the third century B.C., Epicurus based his system of ethics on the bold assertion that ‘pleasure is the beginning and end of the blessed life’. But even Epicurus acknowledged the importance of common sense and moderation, recognizing that unbridled devotion to sensual pleasures could sometimes lead to pain instead. In the closing years of the nineteenth century, Sigmund Freud was busy formulating his own theories about pleasure. According to Freud, the fundamental motivating force for the entire psychic apparatus was the wish to relieve the tension caused by unfulfilled instinctual drives; in other words, our underlying motive is to seek pleasure. 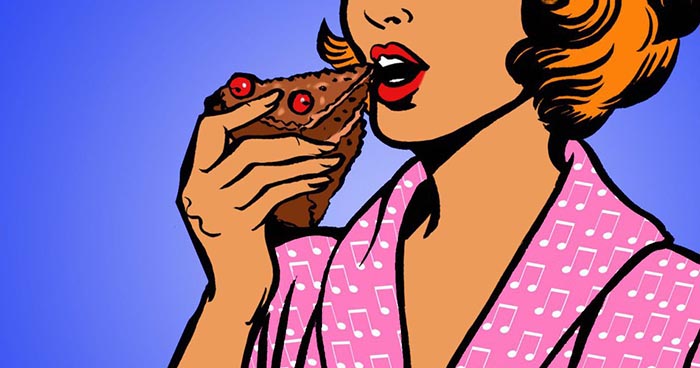 The ‘right choice’ is often the one that involves some sacrifice of our pleasure.

In the twentieth century, many researchers have chosen to side-step more philosophical speculations, and, instead, a host of neuroanatomists have taken to poking around the brain’s hypothalamus and limbic regions with electrodes, searching for the spot that produces pleasure when electrically stimulated.

None of us really need dead Greek philosophers, nineteenth-century psychoanalysts, or twentieth-century scientists to help us understand pleasure. We know it when we feel it. We know it in the touch or smile of a loved one, in the luxury of a hot bath on a cold rainy afternoon, in the beauty of a sunset. But many of us also know pleasure in the frenetic rhapsody of a cocaine rush, the ecstasy of a heroin high, the revelry of an alcohol buzz, the bliss of unrestrained sexual excess, the exhilaration of a winning streak in Las Vegas. These are also very real pleasures—pleasures that many in our society must come to terms with. Although there are no easy solutions to avoiding these destructive pleasures, fortunately we have a place to begin: the simple reminder that what we are seeking in life is happiness. As the Dalai Lama points out, that is an unmistakable fact. If we approach our choices in life keeping that in mind, it is easier to give up the things that are ultimately harmful to us, even if those things bring us momentary pleasure. 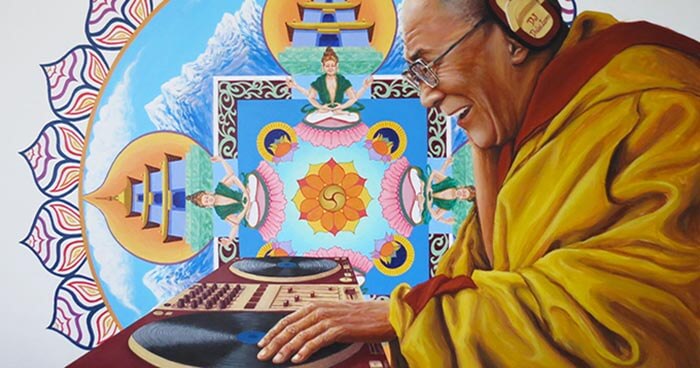 Ask yourself the simple question: “Will it bring me happiness?”

The reason why it is usually so difficult to ‘Just say no!’ is found in the word ‘no’; that approach is associated with a sense of rejecting something, of giving something up, of denying ourselves. But there is a better approach: framing any decision we face by asking ourselves, “Will it bring me happiness?” That simple question can be a powerful tool in helping us skillfully conduct all areas of our lives, not just in the decision whether to indulge in drugs or that third piece of banana cream pie. It puts a new slant on things. Approaching our daily decisions and choices with this question in mind shifts the focus from what we are denying ourselves to what we are seeking—ultimate happiness. A kind of happiness, as defined by the Dalai Lama, that is stable and persistent. A state of happiness that remains, despite life’s ups and downs and normal fluctuations of mood, as part of the very matrix of our being.

With this perspective, it’s easier to make the ‘right decision’ because we are acting to give ourselves something, not denying or withholding something from ourselves—an attitude of moving toward rather than moving away, an attitude of embracing life rather than rejecting it. This underlying sense of moving toward happiness can have a very profound effect ; it makes us more receptive, more open, to the joy of living.

This is an excerpt from The Art of Happiness, by the Dalai Lama and Howard Cutler.

The Art of Happiness, Dalai Lama and Howard Cutler

Pleasure is not sufficient A satisfying massage at spa, trying out food in a fancy restaurant, a day well spent are all about short lived pleasure. It can be experienced from objects, people and circumstances.

Wow. That lightbulb momen. Thank you.

0
Reply
PrevPreviousGiving Kids Yoga in Bali
NextStress: It’s Not in Your Head, it’s in Your Nervous SystemNext