The Ancient Practice of Marrying the Land

The native pre-Christian mythology of the Celtic nations which stretch along the Western Atlantic seaboard of Europe is highly woman-centred. In our oldest stories, the creative, generative essence of the universe was female, not male; women represented the spiritual and moral axis of the world, and the power of men was predominantly social.

But the Celtic divine female was a long way from the remote, transcendent sky-deities we’ve grown used to in recent centuries here in the West: she had one foot in the Otherworld for sure, but she was firmly grounded and deeply rooted in place, indivisible from her distinctive, haunting landscapes.

In Ireland in particular, the Dinnseanchas — the ancient stories and lore of place, the foundation-stones both of personal and communal identity, and of moral obligations to the land and the tribe — tell us how so many major features of the landscape came to be named after women. 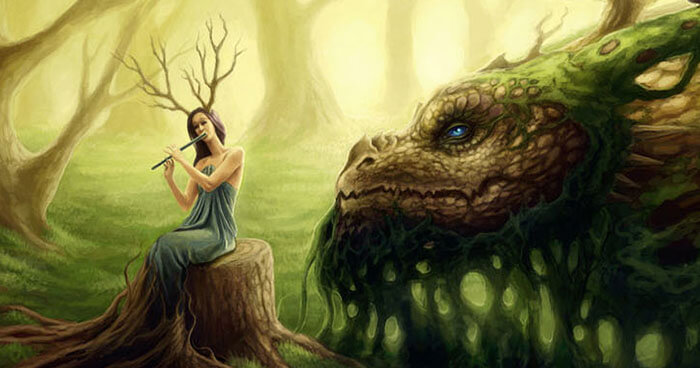 Otherworldly woman of the land

Feminine Authority of the Otherworld

Almost all Irish rivers, for example, bear the names of Otherworldly women. Ancient Irish literature is filled with stories of powerful women who were incarnations of Sovereignty, the goddess of the land who was its guardian and protector. Sovereignty was the spirit of the Earth itself, the anima mundi, a deeply ecological force.

She’s been treated badly over the centuries, this old goddess of Sovereignty. She began to lose her power when stories from the ancient oral tradition of the Celts were committed to paper by Christian monks; their written words formed the new and only permitted truth. A goddess could not be tolerated in this brave new world: theirs was the only god.

These powerful, complicated divine women who carried with them all the authority of the Otherworld, and the fertile and creative power of the land in all its ambiguity and complexity, were reinvented as saints. And if the qualities they embodied in their specific incarnations didn’t fit the new image of what a good woman should be, they were portrayed simply as ‘fairy women’, or remodelled as promiscuous, pseudo-historical queens.

By the seventeenth century, when a woman could no longer be accepted in any significant position of influence, all that remained of the story of the powerful goddess of Sovereignty were the dreamlike visions or aislings in which she appeared to inspire the poets – a weak, melancholy maiden, romanticised and unreal. 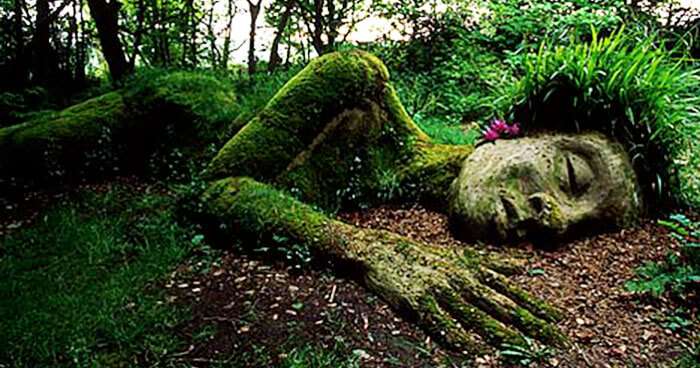 The power of the goddess rests in the land

When the King married the Goddess of the Land

In the days when our native traditions predominated, the power of Sovereignty — the power of women — was also the power to determine who should rule the land. In the old myths, Sovereignty’s power was paramount. If the power she bestowed was abused, then we invited disaster.

During the reign of a king favoured by the goddess, the land was fertile and prosperous, and the tribe was victorious in war. But if the king didn’t match up to her expectations, he didn’t last long. And what she expected more than anything was that the king, and through his example, the people, would cherish the land.

So it was that the ancient rites of kingship in Ireland included a ceremonial marriage, the banais ríghi, between the king and the goddess of the land, and so fundamental was that idea to the Irish way of life that those rites lasted into the sixteenth century.

In this sacred marriage, the king swore to uphold and protect the land and his people, and to be true to both; in return Sovereignty, the source of life, granted him the gifts which would help him to keep his oath. But the source of life must be respected.

While there is mutual respect between the two partners – between the goddess and the king, between the land and the people, between nature and culture, between feminine and masculine – then all is in harmony and life is filled with abundance. But when the contract is broken, the fertile land becomes the Wasteland. 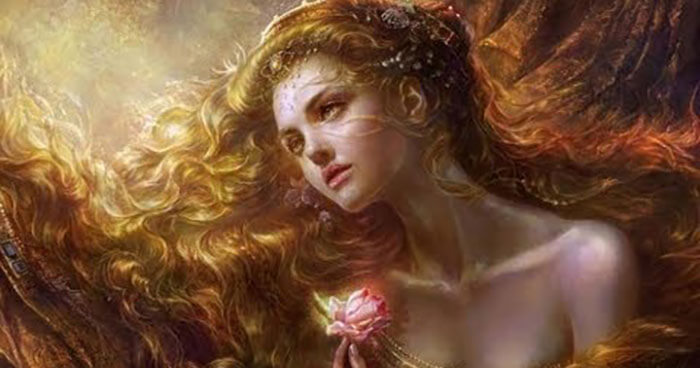 Reclaiming the mythical woman of the past

I began to write my forthcoming book, If Women Rose Rooted, because I believe we need to find our way out of the Wasteland, and I believe that women hold the key. The key is there, in the mythologies that are indigenous to my native lands. For women particularly, to have a Celtic identity or ancestry is to inherit a history, literature and mythology in which we are portrayed not only as deeply connected to the natural world, but as playing a unique and critical role in the wellbeing of the Earth and survival of its inhabitants.

Celtic myths for sure have their fair share of male heroism and adventure, but the major preoccupation of their heroes is with service to and stewardship of the land. And once upon a time, those stories tell us, women were the guardians of the natural world, the heart of the land.

The Celtic woman who appears in these old tales is active in a different way from their heroes and warriors: she is the one who determines who is fit to rule, she is the guardian and protector of the land, the bearer of wisdom, the root of spiritual and moral authority for the tribe.

Celtic creation stories tell us that the land was shaped by a woman; Celtic history offers us examples of women who were the inspirational leaders of their tribes. These are the stories of our own heritage, the stories of the real as well as the mythical women who went before us. What if we could reclaim those stories, and become those women again?

For me, a key feature of my Celtic culture is that a womans word was recognised in law. Thus she had the legal right to name the father of her child and name her rapist. Today in Britain only 4.9 percent of reported rapes result in a conviction. A great unknowingness descends on the male of the species when it is suggested that women can tell the truth. Apart from rape, threat of rape and low legal status, scurrilous gossip is another way in which women are controlled and intimidated. In ancient Ireland, men could be fined for revealing the secrets of a womans bed. American women need look no further than the Iroquois confederacy of present day New York State for inspiring examples of how to get it right: women had the right to name the war chiefs and the peace chiefs. It was recognised that women had a greater subtlety of intellect and could penetrate the lying subterfuges of the anti-social. The Iroquois revered the eagle and constitutional government long before George Washington turned up on their shores. Knowledge of herbal medicine was supreme: the Iroquois had a herbal form of birth control which was without harmful side effects. All this was swept away in the bloody cataclysm which befell this great culture following European contact. Women are very much the losers as a result.

I have been claiming Earth as my Lover. I sure am hers.
Upon reading this, I will now ask for her hand in Wholistic Matrimony. Thank you for this sacred gift of knowledge