Strengthening the Link between Mind and Body

The body is where your consciousness flows seamlessly through all parts of your being, influencing every aspect of what you feel and perceive. Though the concept of cellular memories being stored throughout the body is still a hypothesis in its early research phases, it has proven to be an effective model in a therapeutic application for trauma and healing. The body is a physical entity whereas the mind is non-physical, so the study of Somatic Psychology has emerged as a means to explore this fascinating dichotomy; giving us the tools to bridge them. 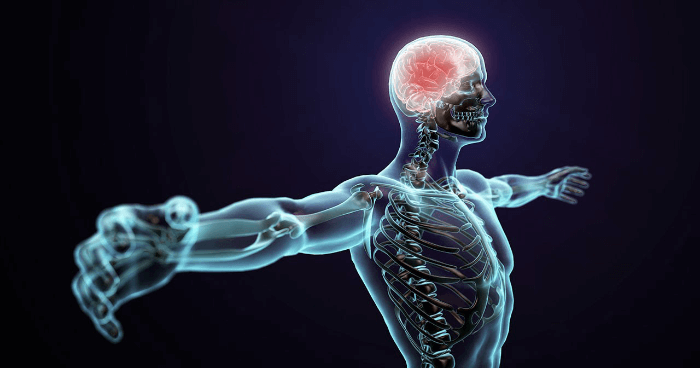 Your consciousness flows through all parts of your being

Understanding the ‘Place Between’

In politics we see polarization between the right and the left; in science, the blurring between body and mind; in our world-view, the gulf between science and religion (or spirituality). Though we all know that real life and adventure flourishes in the “in-between” places, we are often quite uncomfortable there. The difference between a caterpillar and a butterfly is the gushy metamorphoses period in the cocoon, and this is a territory that is more comfortable to the artist than the scientist. Somatic Psychology focuses particularly on this “place between” and it may emerge as an important discipline in connecting art, science and spirituality for a better understanding of human consciousness.

Painting has got to be the most ecstatic experience I know… When you really get into the juicy bits where there are no boundaries, there is nothing the brush can’t wield into being… Falling backwards into the void and trusting that something will catch you… All those loud and annoying voices of resistance will tell you what a bad and unsafe idea it is, but you have to prevail long enough for the wand to hang unbridled in space to tickle the sweetness of new worlds into being.
– Amanda Sage 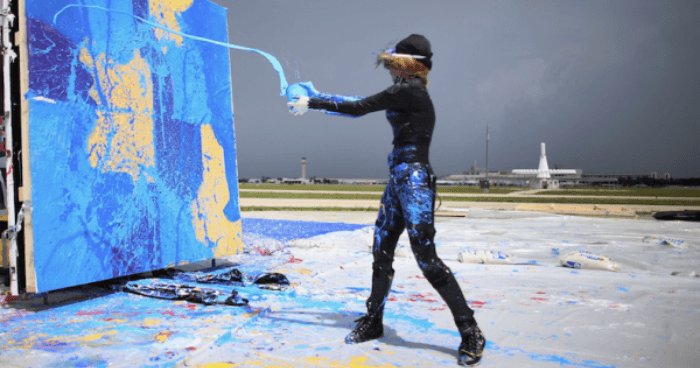 Is creativity driven from the place between the mind and body?

Somatic Psychology has opened the door to ideas such as embodied cognition which argue that many features of human cognition are shaped by aspects of the body beyond the brain. For example, using visualization practices where a patient engages their imagination to “intuit” the voice/story of different parts of the body to heal physical or psychological wounds; utilizing expressive art therapy which is based on the idea that people can heal through various forms of creative expression; and a process called somatic experiencing, which has been very successful in the treatment of trauma and PTSD. Before the modern clinical version of somatic psychology there were earlier practices (like Ayurveda and Yoga) that naturally incorporate science, art, and spirituality to be seen as one integrated whole.

Most psychologists treat the mind as disembodied, a phenomenon with little or no connection to the physical body. Conversely, physicians treat the body with no regard to the mind or the emotions. But the body and mind are not separate, and we cannot treat one without the other. – Dr. Candace Pert, Neuroscientist 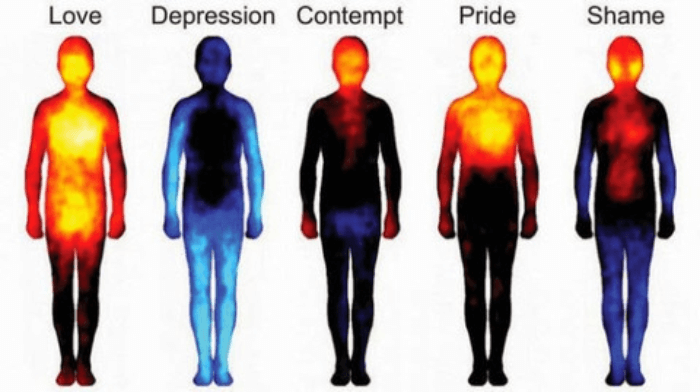 How our mental state controls our body

The Link between the Physical and the Emotional

In 1911, psychologist William James wrote in The Gospel of Relaxation that it is necessary to make a correlation between physical and emotive expression; that if a person does not express an emotion, he has not felt it at all. Though this may be a bit extreme, it implies that the act of moving emotions through the body requires us to engage with them, feel them and express them.

For example, researchers John H. Riskind and Carolyn C. Gotay were able to show evidence that subjects who held a slumped posture “verbally reported self-perceptions of greater stress than subjects that were placed in a relaxed position.” James Laird noticed that moving the facial muscles into a “smile” shape made subjects feel happier, whereas moving them into a “frown” caused the subject to feel pain more intensely. 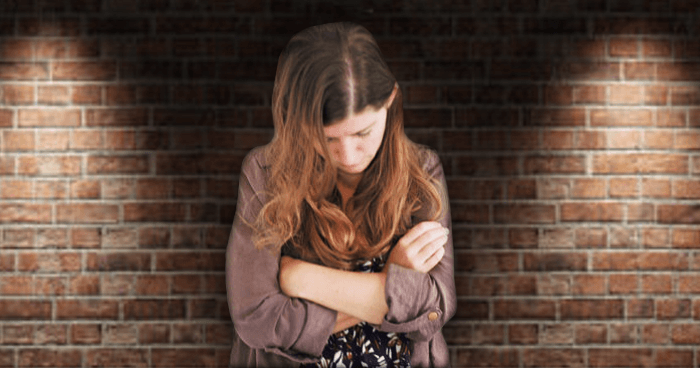 Our body posture can change our emotional state

This research became known as facial feedback hypothesis. Clearly there is a relationship between the hypothalamus, which secretes hormones associated with emotional moods/states, and the muscles of the face. The beauty of this research is that mood is not only regulated internally, it can be changed externally through physical movement!

Somatic Psychology for Healing and Self-discovery

We have all heard that it is bad to repress our feelings—so what happens if a person intentionally suppresses his or her negative emotions on an ongoing basis? Work by psychologist Judith Grob of the University of Groningen in the Netherlands suggests that this suppressed negativity may “leak” into other realms of a person’s life. – Scientific American

This gives a nice introduction to the impetus for expressive therapies in somatic psychology as a vehicle for healing and self-discovery. Just as we know that repression of emotions is unhealthy, so is the over-indulgence so we are once again invited to stand somewhere in the middle between two polarities. Most people are good at one or the other but not very good at holding a balance, somatic psychology gives us a tool for balance. 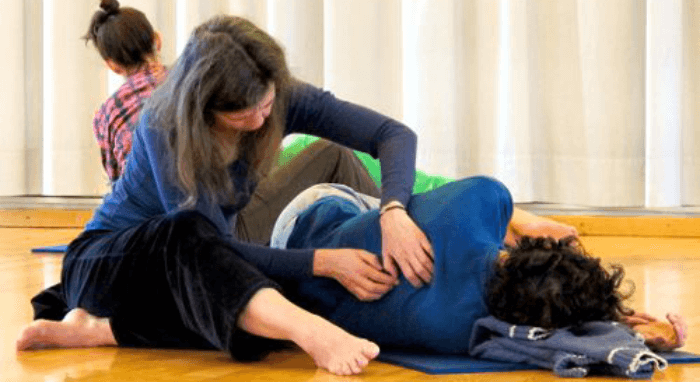 Though this short blog barely scratches the surface of the field of somatic psychology, it is easy to see the value of it in our modern world of polarization. We are needing a way to integrate science and spirituality, the quantifiable and the immeasurable, as we seek to master the art of life. If you like this area of conversation you will certainly enjoy articles where I explore this fascinating research from the perspective of dance, visual art, music, and  psychoneuroimmunology. What kinds of creative or therapeutic expression help you bridge the divide between the body and mind?

Good points. I have found the eastern internal arts can offer time-proven wisdom on how we can reinvigorate our mind/body connection and directly improve our health and energy in naturally effective ways. This way we can be in charge of our own mind and health development and without negative side-effects. I have found some excellent holistic tips and techniques from the eastern arts here https://abundantpeace_b0cb.gr8.com/

I am a Biodanza facilitator(London), and we use dance, the technical properties of music, movement, and neuroscience to access whats stored in the cellular memory. The process is not a therapy or cathartic and the health/therapeutic benefits have been academically validated in published research. There is no speaking, the system is progressive and paced,its fun to do and available to all as public classes and workshops