It was revealed yesterday that Professor Stephen Hawking, known as one of the greatest minds of our time, may have left one last great scientific legacy before passing away.

From his deathbed, Professor Hawking penned a groundbreaking research paper, with co-author Professor Thomas Hertog, suggesting we are indeed part of a larger multiverse.

Although the paper is yet to be released, it is believed that it outlines mathematics showing how our cosmos is only one of many universes, and how these universes could be found using a probe on a spaceship.

While it sounds like something from a sci-fi movie, and the ideas are still controversial, this theory is the first of its kind that could be tested in experiments. This has lead some scientists to say that Hawking’s work might be the breakthrough that cosmology needs.

“This was Stephen: to boldly go where Star Trek fears to tread,” said co-author, Professor Hertog from KU Leuven University in Belgium.

The paper finally confronts an issue that had bothered Professor Hawking since 1983, when his “no boundary theory” (co-authored by Professor James Hartle) found the Big Bang in our universe may have been accompanied by an infinite number of others, each producing a separate universe. 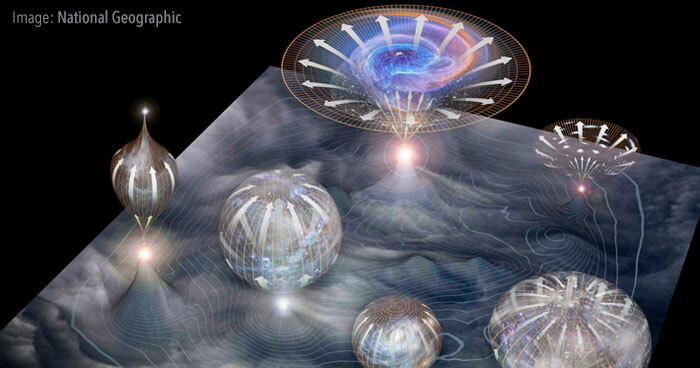 It is reported the paper also argues how our universe will eventually end — by fading into blackness. Last June, Professor Hawking suggested at the Starmus Festival that we need to figure out a way to move off this earth before it’s too late.

“We are running out of space, and the only place we can go to are other worlds.”

With the uncovering of Professor Hawking’s latest theory, the question arises: was he suggesting moving to a another planet, or a whole other universe?

Professor Hawking’s final paper had its latest revisions approved just 10 days before the scientist passed away, hopefully providing him with peace that he had finally solved the puzzle that daunted him for so many years.

The Australian and DailyMail have both reported that, were he still alive, these latest findings may have put Hawking in line for the Nobel prize he always desired.

One of the greatest minds today and he never won the Nobel Prize? How sad! It has been awarded to people far less deserving! On the other hand, with a mind like his no award could measure up to his abilities! We have too few people like him in the world!!

Well, if the Daily Mail reported it then it must be true.

He undoubtedly had a remarkable mind, yet I have always seen his brain and his body as a symptom of our whole society – all up in the head and little connection with the earth and the spirit. The idea of having to escape from our beautiful planet rather than healing it so all beings can actually stay here feels very sad to me.

Eventually he would have found The Urantia Book. Now he will experience its reality.

Without a doubt, his was an unusual mind! My own sense, is that without these other theories, there is already so little we know about our own Universe, let alone others that may be theorized. We know little of life in our oceans; we know little of past failed civilizations that obviously had advanced high technology to create the megalithic stone pyramids, mountain fortresses and monuments. It’s so easy to become distracted from the work at hand which is a massive spiritual disconnect from the very E~air~th we currently inhabit. Can we please get grounded in the here and now.

Understanding of Universe by Stephen Hawking or Physicists of his type is juvenile yet they have all the reason to be happy as they have at least beginning to understsnd our Universe.

If only these physicists had the humility to understand the teaching of Vedas rather than demeaning it, they would have known centuries back what Vedas has stated – It is pissible to count the sand particles on Earth (an hyderbole statement) but it is never possible to count the number of Galaxies / Solar systems in the Universe.
Our solar system is only a spec in a universe of solar systems.