Should we be Measuring Gross National Happiness?

BY Jonathan Davis
Welcome to UPLIFT
The Science of Love
Should we be Measuring Gross National Happiness?
Bhutan is Leading the Way in Placing Wellness Above Profit

Nestled in the Himalayas between China and India is the Kingdom Of Bhutan. In 1972 the former King Jigme Singye Wangchuck, a teenager at the time had the foresight to understand that the prevailing economic attitude of profit above all else had a limited future.  It was at this time that he introduced a Gross National Happiness index as a way of bringing money into service of people, instead of people being in service to money.

In the four decades since its inception, Bhutan sat quietly among an international community that was, and in many cases still is, convinced that endless economic growth on a finite planet would never run into any major problems… that is until the global financial crisis showed the world that the mismanagement of one nation could now affect the whole. Since the 2007 crash, there was really no reform in the country of the crash’s origin, the US, or anywhere else.  The very same economic system that just crashed the now global economy had the wheels put back on and was sent to once again to ramble downhill without any brakes. 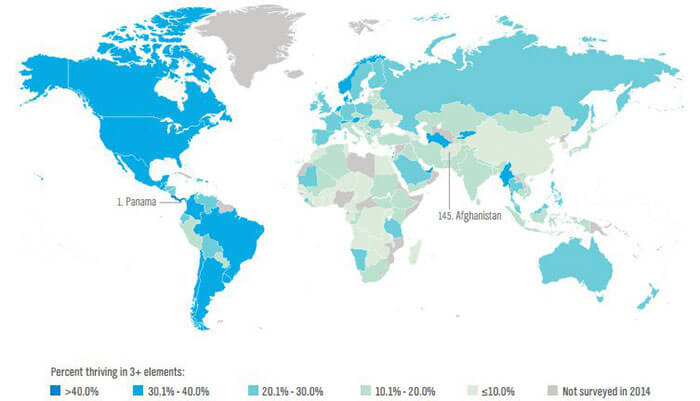 There are four pillars of the Gross National Happiness index. Let’s take a look at some ideas on how we in the west might be able to implement these ideas and what benefits we might experience as a result.

1. Sustainable Development
This would require us to recognise that natural resources are limited, unless we transition to renewables, and ‘cradle to cradle‘ type models of production.

2. Preservation and Promotion of Cultural Values
This means a reversal of the current homogenisation of culture. To give an example, the mere fact that I am referring to our culture as western culture and you completely understand me, means that there has been a merging of culture that has been destructive to cultural diversity.  Perhaps the clearest indicator of this destruction of cultural diversity is loss of languages. Anthropologist Wade Davis states that ‘every two weeks some elder dies and carries with them the last syllables of an ancient tongue’ and with the disappearance of an entire language we lose ‘an old growth forest of the mind’.  This means preservation of culture would involve preservation of the existing languages still spoken on planet Earth.

3. Conservation of The Natural Environment
Were we to make this point a priority in the west, we’d see a stabilisation of sea level rise and extreme weather events and the displacement and refugee crises they bring with them. We would start to behave like a species living on a spaceship hurtling through the universe, with a life support system that needs us to care for it in order for it to continue to sustain our lives. 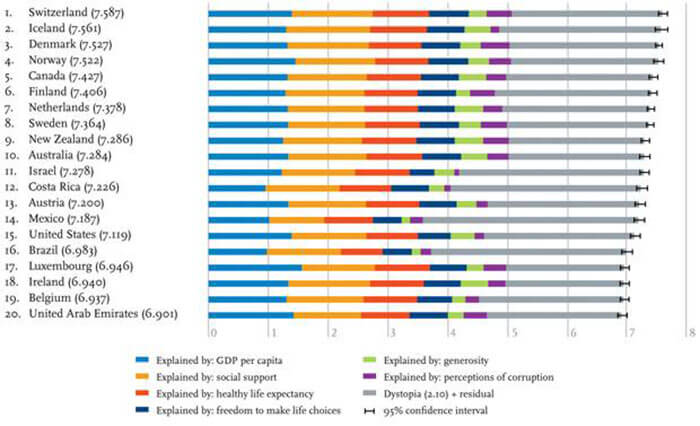 From the UN World Happiness Report 2015

4. Establishment of Good Governance
If western civilisation were to adopt this tenet it’d perhaps involve financial influence being removed from politics, or even the use of some form of open source direct democracy.  We are after all living in a completely unprecedented time in history, where we are able to participate in online polls to share our opinions at any moment.  Why not use this technology to allow us to actively participate in our democracy more often than once every three years or so.  Princeton university published a study on political influence (which you can view in this great video from represent.us) that confirmed my concern that  ‘representatives’ stopped representing anyone other than the corporations that bribe them with campaign donations long ago. Considering this, decentralisation of political power from the hands of the few to the hands of the many through some kind open source technology (not owned by anyone) seems like a big step towards good governance.

Corruption is Legal in America

In 2010, Bhutan broke these four pillars into 9 specific areas.  When you read these, they’re require no explanation.

In 2011 documentary film The Economics Of Happiness (streaming for free during August 2015) brought widespread attention to Bhutan and its reversal of the conventional idea that GDP (Gross Domestic Product) needs to be a nation’s highest priority. This was just part of a surge of interest happening around the globe at this time.  Many nations across the globe have since introduced an index of measurement to keep track of the overall happiness or wellness of their population, including the Gallup Global Wellness Report and the UN World Happiness Report.

It’s encouraging to see that Bhutan has spent more than 40 years refining the application of this idea, and now that the world is awakening to the fact that we need to transition to a better way of living together on this planet, their tried and tested model is being explored and adopted all over the world.  The question is whether those of us outside of Bhutan will start to place wellbeing above GDP as the highest political priority.  That’s really up to us.

Thank you for sharing. Is it possible to try out this in NGO support or as a small open community too?