When Army surgeon Rhonda Cornum regained consciousness after her helicopter crashed, she looked up to see five Iraqi soldiers pointing rifles at her. It was 1991 and her Black Hawk had been shot down over the Iraqi desert. Dazed from blood loss, with a busted knee and two broken arms, the then-36-year-old medic was subjected to a mock execution by her captors, sexually assaulted, and kept prisoner in a bunker for a week.

Her crisis included textbook causes for post-traumatic stress—a near-death experience, sexual assault, utter helplessness—and yet, after her release and medical rehabilitation, she surprised psychiatrists by focusing on ways she improved. “I became a better doctor, a better parent, a better commander, probably a better person,” she says. One might suspect Cornum was suppressing the real toll of her ordeal, but her experience is far from unique.

What is Post-Traumatic Growth?

“Post-­traumatic growth,” a term coined by University of North Carolina psychologists Richard Tedeschi and Lawrence Calhoun, describes the surprising benefits many survivors discover in the process of healing from a traumatic event. After counseling bereaved parents, people who had lost the loves of their lives or were severely injured, cancer survivors, veterans, and prisoners, the researchers found growth in five main areas: Personal strength, deeper relationships with others, new perspectives on life, appreciation of life, and spirituality.

Post-traumatic stress disorder gets more attention, but post-traumatic growth is much more common. Tedeschi found that as many as 90 percent of survivors from all walks of life report at least one aspect of growth. “But it is important to make clear that not everybody experiences growth, and we are not implying that traumatic events are a good thing,” Tedeschi stresses. “They are not. In the wake of trauma, people become more aware of the futility in life, and that unsettles some while it focuses others. This is the paradox of growth: People become more vulnerable yet stronger.” 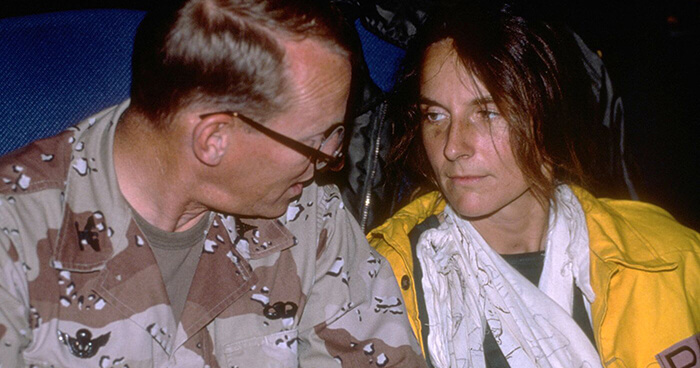 Tedeschi estimates that most of us—almost 90 percent, according to his calculations—will experience one or more traumatic events during our lifetimes. For instance, 1.6 million people are diagnosed with cancer each year. About 3 million Americans are injured or disabled in traffic crashes. Many women have experienced sexual assault. Although most people will suffer from post-traumatic stress in the aftermath of trauma, few will develop the full-blown disorder, and even of those, most will heal with therapy and time.

Tedeschi rejects the designation ‘disorder’ because of the stigma the term carries. “When someone crashes their car against a wall at 60 miles per hour, they’ll have many broken bones. Do we say they have a broken bone disorder? They have an injury. Same with trauma survivors; they have been injured. Psychologically injured, maybe morally injured.”

Psychiatrists and psychologists have focused on the negative impact of trauma; after all, they’re trained to track the symptoms, what’s wrong. But this deficit model adversely impacts survivors. Many trauma survivors simply assume that they are damaged forever. In reality, although we likely do carry a traumatic event with us forever—in our minds and bodies—we can heal and even thrive.

Cornum is convinced that resilience is like a muscle that strengthens when exercised and atrophies when neglected.

Together with specialists, she initiated a comprehensive resilience training that ran its first pilot program in 2009. Every single U.S. Army soldier now participates in the $160 million program, which has been shown to significantly decrease substance abuse and increase optimism, good coping skills, adaptability, and character strength. The training is so successful that psychologists are convinced that it can help not only soldiers but people from all walks of life. 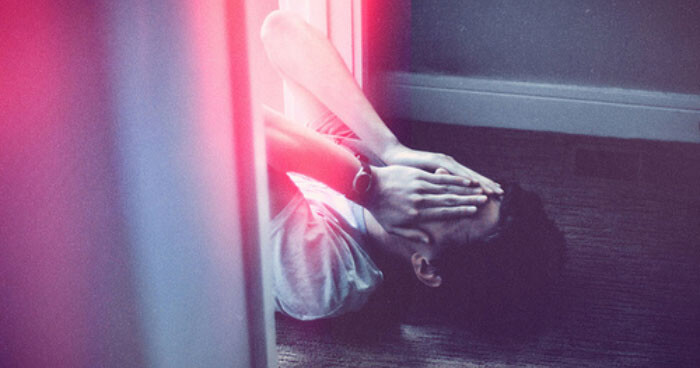 Most of us will experience one or more traumatic events.

At the resilience boot camp in Philadelphia, soldiers start each day with mindfulness meditation and breathing exercises. Because the most common PTSD treatments—medication and psychotherapy—only work for about half the survivors, the army is experimenting with alternative methods, and meditation has proven to be one of the most promising. Harvard neurobiologist Sara Lazar has shown that “meditation can literally change your brain.” It can actually shrink the amygdala, the ‘fear center’ in our brain that might be enlarged after a trauma and trigger flashbacks of anxiety and panic.

Post-traumatic growth is not the opposite of post-traumatic stress. Rather, the stress is the engine that fuels the growth. Before we can overcome suffering, we need to go through it. Covering up a raw wound with a smiley face Band-Aid does not lessen the pain. Neither does suffering in silence, which only increases the risk of PTSD. Instead, growth arises from acknowledging the wounds and allowing vulnerability. A significant part of the training consists of teaching survivors to communicate openly, admit fears, and reach out to seek help.

Shame, self-blame, and guilt are all too common in the aftermath of trauma. Practices of self-compassion and loving kindness under the gentle guidance of an experienced, trauma-informed instructor can allow survivors to reconnect with parts of themselves that have been wounded, at their own pace.

“After trauma, it’s important to acknowledge mental suffering will happen,” Tedeschi instructs. “At a certain point, and in tandem with continuing distress, a crucial foundation of post-traumatic growth is making meaning out of and reflecting about one’s trauma.” As Auschwitz survivor Viktor Frankl realized, “Those who have a ‘why’ to live can bear with almost any ‘how.’” 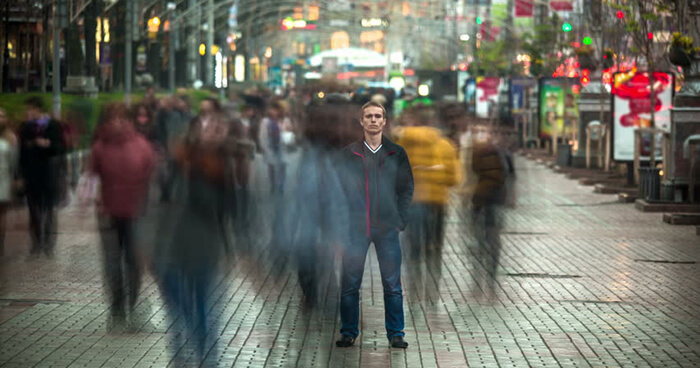 One of the single most effective practices for resilience is keeping a journal of gratitude. The army calls it ‘Hunt the Good Stuff,’ but the exercise is the same: noticing three good things every day and reflecting on them. According to studies at the University of California, Davis, grateful people not only report that they are more satisfied, optimistic, and content with their lives, but they also have fewer medical symptoms, more energy, and even sleep better. In addition, cultivating gratitude improves our mood, and makes us more social and willing to help others.

Dr. Karen Reivich, the co-director of the Penn Resiliency Project, and her team teach 14 core skills, such as goal setting, energy management, problem solving, and assertive communication. “When people have mastered and used these skills in their lives, they are more robust in the face of stress, they can cope more effectively with problems, and they have tools to be able to maintain strong relationships. So, the goal is to enhance the overall well-being and resilience,” Reivich explains.

“Nobody ever does it alone,” civil rights icon Maya Angelou recognized, years after being raped at the age of 8. Resilience is always a team effort. Moving forward after a crisis depends not only on the individual’s resources and their genetic makeup or upbringing, but also on their connections to the people around them and the quality of support. The best kind of support encourages survivors to focus on their strength but doesn’t gloss over their wounds. Nothing is as powerful as knowing we are not alone.

Michaela Haas is a solutions journalist and the author of Bouncing Forward: The Art and Science of Cultivating Resilience (Atria).

Hi all,
You may find my book Post Traumatic Success useful too.
Published by Norton NY in 2014

There’s so many ways to survive trauma. We are all unique beings. What works for one, may not for another. Focusing on the present is important and planning for the near future helps you to get through each day as it comes. Finding a release through creative forms works for me. There will be a method that works for you, you’ve just got to explore to find out what it is.

Growth and going strong is something you choose over the traumitic experience.
We are all beings who want to survive, its our instinct. I think its normal and there should be much more focus on that
. But probably has the childhood experiences to do how you deal with trauma. If you havent had a secure and steady childhood, from little you experienced trauma or bad things, you probably wont survive and wont grow or being strong, cause you didnt have the example. Really good stuff!! Love the article

Family or close friends relative etc plays the most important roles because victims trust diminished..good listener and wise counsel is needed. Time also essential..survivors tend to have a different views of the world before the incident..

Excellent advice.I have found meditation and internal arts to be a powerfully active force in my life for greater balance, harmony and effectiveness in daily matters, including anxiety and depression. This includes moving meditation like Tai Chi that gets the whole being involved, not just the mind. The Eastern arts offer us a healthy alternative to dealing with stress, daily pressures and a way to stay naturally balanced and healthy for higher quality living and healing. I have found some useful tips and techniques from the eastern internal arts here: https://abundantpeace_b0cb.gr8.com/

My name is Suzanne Lewis and I survived a cataclysmic car accident and a Traumatic Brain Injury. This post exactly reflects a labrynth, healing exercise I developed to regain my ability to think, read, speak, remember. I just got it launched on Amazon this past week it is called PeaceWheel Practice Guidebook. I am a pioneer hands-on healer of over 30 years integrating the Five Elements Theory with the Indigenous People’s great wheel of life…the PeaceWheel works.