Plants have scientifically been shown to draw alternative sources of energy from other plants. Plants influence each other in many ways and they communicate through “nanomechanical oscillations”  – vibrations on the tiniest atomic or molecular scale or as close as you can get to telepathic communication.

Members of Professor Dr. Olaf Kruse’s biological research team have previously shown that green algae not only engages in photosynthesis, but also has an alternative source of energy: it can draw it from other plants. His research findings were released in the online journal Nature Communications.

Other research published last year, showed that young corn roots made clicking sounds, and that when suspended in water they would lean towards sounds made in the same frequency range (about 220 Hz). So it seemed that plants do emit and react to sound, and the researchers wanted to delve into this idea further. 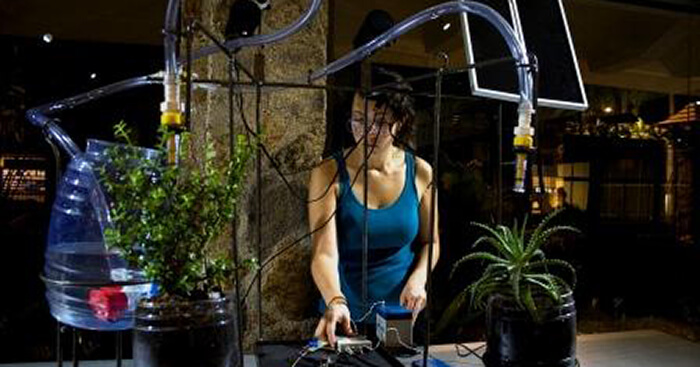 Working with chilli plants in their most recent study, specifically Capsicum annuum, they first grew chili seeds on their own and then in the presence of other chili plants, basil and fennel, and recorded their rates of germination and growth. Fennel is considered an aggressive plant that hinders the germination of other plants around it, while basil is generally considered to be a beneficial plant for gardening and an ideal companion for chili plants.

Since plants are already known to ‘talk’ through chemical signals and to react to light, the researchers separated newly planted seeds from the other plants using black plastic, to block any other kind of ‘signaling’ other than through sound. When fennel was on the other side of the plastic, the chemical effects of its presence, which would have inhibited germination of the chilli seeds, were blocked. The chilli seeds grew much quicker than normal though, possibly because they still ‘knew’ the fennel was there, ‘knew’ it had the potential to have a negative effect on their germination, and so they quickly got past the stage where they were vulnerable. 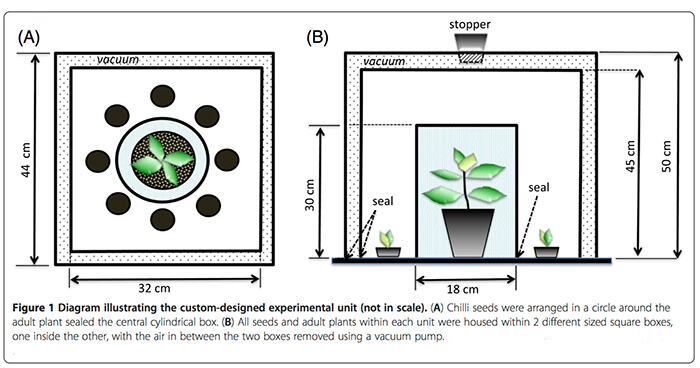 The Internet of Forests

If even bacteria can signal one another with vibrations, why not plants, said Monica Gagliano, a plant physiologist at the University of Western Australia in Crawley.

Gagliano imagines that root-to-root alerts could transform a forest into an organic switchboard. “Considering that entire forests are all interconnected by networks of fungi, maybe plants are using fungi the way we use the Internet and sending acoustic signals through this Web. From here, who knows,” she said.

As with other life, if plants do send messages with sound, it is one of many communication tools. More work is needed to bear out Gagliano’s claims, but there are many ways that listening to plants already bears fruit. 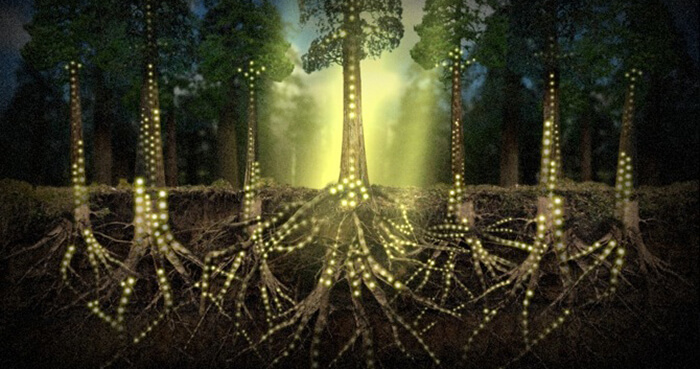 Root-to-root alerts could transform a forest into an organic switchboard.

According to the study: “This demonstrated that plants were able to sense their neighbours even when all known communication channels are blocked (i.e. light, chemicals and touch) and most importantly, recognise the potential for the interfering presence of a ‘bad neighbour’ and modify their growth accordingly.”

Then, to test if they could see similar effects with a ‘good neighbour’, they tried the same experiment with other chili plants and then with basil. When there were fully-grown chili plants in their presence blocked by the plastic, the seeds showed some improved germination (“partial response”). When basil was on the other side of the plastic, they found that the seeds grew just as well as when the plastic wasn’t there.

“Our results show that plants are able to positively influence growth of seeds by some as yet unknown mechanism,” said Dr. Monica Gagliano, an evolutionary biologist at UWA and co-author of the study, according to BioMed Central. “Bad neighbors, such as fennel, prevent chili seed germination in the same way. We believe that the answer may involve acoustic signals generated using nanomechanical oscillations from inside the cell which allow rapid communication between nearby plants.” 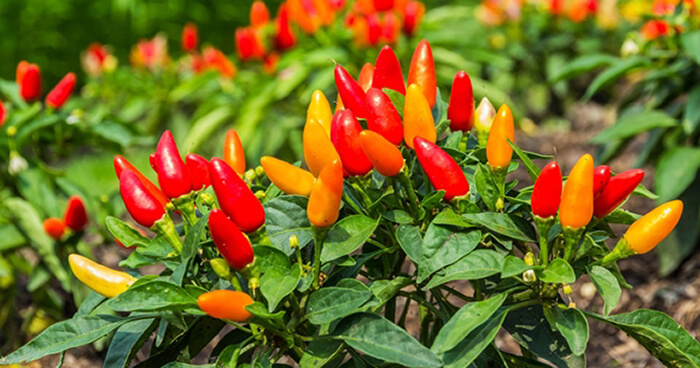 Chilli was used to demonstrate the ability of plants to sense their neighbours.

What Can Humans Learn?

Flowers need water and light to grow and people are no different. Our physical bodies are like sponges, soaking up the environment.“This is exactly why there are certain people who feel uncomfortable in specific group settings where there is a mix of energy and emotions,” said psychologist and energy healer Dr. Olivia Bader-Lee.

“When energy studies become more advanced in the coming years, we will eventually see this translated to human beings as well,” stated Bader-Lee. “The human organism is very much like a plant, it draws needed energy to feed emotional states and this can essentially energise cells or cause increases in cortisol and catabolise cells depending on the emotional trigger.”

Bader-Lee suggests that the field of bioenergy is now ever evolving and that studies on the plant and animal world will soon translate and demonstrate what energy metaphysicians have known all along — that humans can heal each other simply through energy transfer just as plants do. “Human can absorb and heal through other humans, animals, and any part of nature. That’s why being around nature is often uplifting and energising for so many people,” she concluded.

The Secret Life of Plants.

https://github.com/kenneth558/plant_resistance_primary_perception is a project in development to lead the lay person who wants to duplicate Cleve Backster’s findings. You’ll need to build the apparatus from an Arduino board and program it with the free sketch.﻿

Since plants need star light to survive what if, during photosynthesis, as they convert light into energy they are also able to communicate using their own programming language (CPU) & writing it within the light waves also using it as a sending & receiving system (like WiFi). All this different life forms, plants, vegetables, etc.. had to have gotten here somehow originally…
#StonerThoughts
Thanks!