BY Tara MacIsaac
Welcome to UPLIFT
Loving Yourself
Science Shows Superhuman Energy of Meditators
What can we learn from these masters?

When walking, I felt [that] my body was so light that I could almost float up

The energy emitted by people who have reached an advanced level in meditation practice has been shown by multiple studies to exceed normal human levels by hundreds or thousands of times.

Here’s a look at a few such studies.

1. Gamma Waves Off the Charts 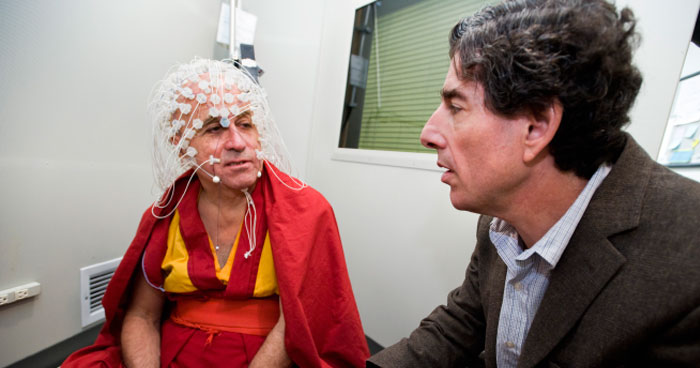 Davidson with one of the monks that was studied

Davidson tested the Dalai Lama’s most advanced monks, each with 15 to 40 years of meditation practice. He measured the gamma waves emitted by their brains with electroencephalograph (EEG) testing and brain scanning. A control group of 10 students with no previous meditation experience was also tested after a week of training.

Gamma waves are described as “some of the highest-frequency and most important electrical brain waves.” The production of gamma waves requires thousands of nerve cells to act at extremely high speeds in unison.

Davidson found some of the monks produced gamma wave activity more powerful and of higher amplitude than any documented case in history. The movement of the waves was also far better organized than the non-meditating test volunteers. 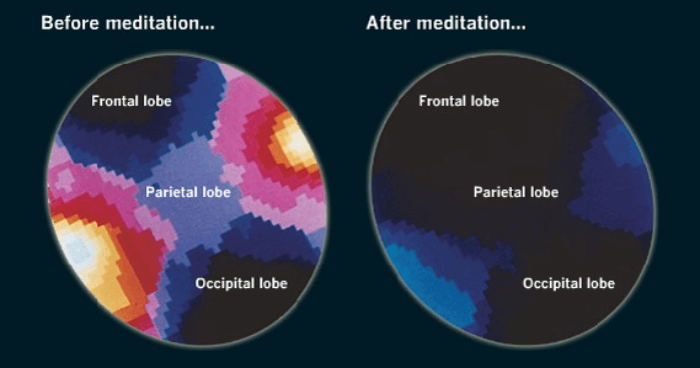 Science is proving the power of meditation on the brain

It was also shown that meditation could result in the redistribution of gray matter in the brain and prevent its loss. The loss of gray matter has an impact on many mental functions, such as the control of emotions, impulses, thoughts, and movements. This is because the caudate nucleus, which controls these functions and more, is situated within the gray matter.

In 1998, Professor Lu Yanfang and dozens of American scientists conducted research on qigong masters in China.

Qigong is an ancient practice that involves cultivating energy, not only by doing meditative exercises, but also by improving mind and heart nature, as the mind and body are said to be one. It is known to have healing effects. 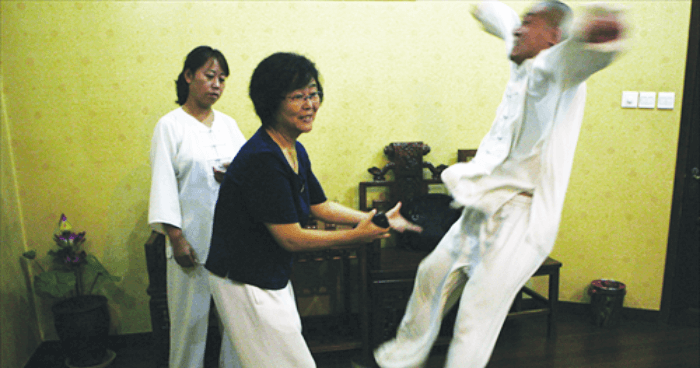 In her research, she had found that Qigong masters were able to emit powerful bursts of infrasonic waves, 100 to 1000 times as strong as average individuals.

After even just a few weeks of training, beginners in the practice had five times the infrasonic energy they had produced before the training.

A similar study at the Beijing College of Traditional Chinese Medicine, published in 1988, found the qi emitted by qigong masters could be measured in part as infrasonic waves 100 times stronger than that of an ordinary person. Both studies are detailed by the China Healthways Institute.

3. Monks Emit Heat Where Others Could Freeze to Death

An experiment conducted on Tibetan monks in northern India is described in a 2002 Harvard University Gazette article. 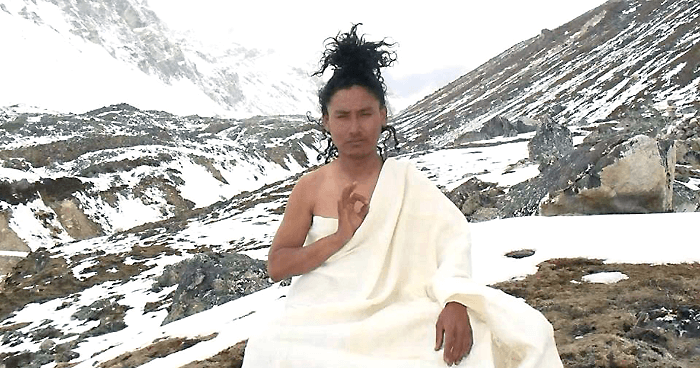 The monks, thinly clad, were put in a room where the temperature was 40 degrees Fahrenheit (4 degrees Celsius). They entered a state of deep meditation. Sheets soaked in cold water were draped over their shoulders.

Under these conditions, an ordinary person would shiver uncontrollably and the drop in body temperature could even result in death, explains the article.

The monks, however, remained warm and dried the sheets with their bodies. Once the sheets were dried, more cold, wet sheets were draped over them. Each monk dried three sheets over the course of several hours.

Herbert Benson, who had studied the meditation technique for 20 years, told the Gazette: “Buddhists feel the reality we live in is not the ultimate one. There’s another reality we can tap into that’s unaffected by our emotions, by our everyday world. Buddhists believe this state of mind can be achieved by doing good for others and by meditation.”

He said the heat emanated from their bodies was just a by-product of the meditation. 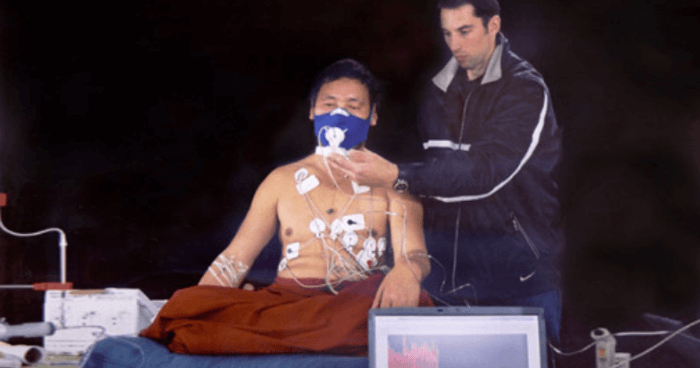 Studies show monks can raise their skin temperature via meditation

Many such experiments have been performed on people who practice meditation and it has been found that some of them are able to emanate great amounts of various kinds of energy that can be measured. They are also able to control metabolism and other bodily processes.

Many Practitioners of Falun Dafa, also known as Falun Gong, have reportedly been cured of chronic and serious illnesses. Falun Dafa is a meditation discipline that cultivates the mind as well as the body. Its three main principles are truthfulness, compassion, tolerance.

Sen Yang, then 39, of Chicago was diagnosed with chronic hepatitis. He told Pullen: “A doctor told me directly, ‘There is no way to really cure your disease. You will have it for the rest of your life.’” 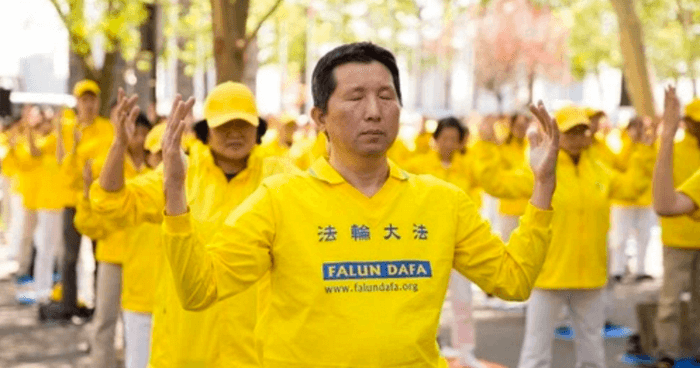 The healing power of Falun Dafa

After practicing Falun Dafa for a while, he had a physical exam and all 32 test results came back normal, including the ones that targeted his illness.

“At the beginning my physical condition changed very fast. When walking, I felt [that] my body was so light that I could almost float up,” he said.

Falun Dafa practitioners explained that the practice is not meant to heal illnesses, but it is a natural effect of improving one’s mind and of doing the meditative exercises, which strengthen energy in the body among other effects.

Zhi Ping Kolouch, a 43-year-old Falun Dafa practitioner, told Pullen: “If a person is miserable inside their heart, then they will get sick.”