BY UPLIFT
Welcome to UPLIFT
Rewilding the Earth
Setting aside half of the Planet for Rewilding is a great idea, but how can people can live Ecologically in the half we make our own?

Biologist E O Wilson’s grand idea of setting aside half of the planet for nature to thrive is both appealing and deeply challenging, writes William Lynn. But it’s missing a key element: an urban vision of how people can live ecologically, joyously in the half we make our own.

A much-anticipated book in conservation and natural science circles is E O Wilson’s Half-Earth: Our Planet’s Fight for Life, which is due early next year.

It builds on his proposal to set aside half the Earth for the preservation of biodiversity.

The famous biologist and naturalist would do this by establishing huge biodiversity parks to protect, restore and connect habitats at a continental scale.

Local people would be integrated into these parks as environmental educators, managers and rangers – a model drawn from existing large-scale conservation projects such as Area de Conservación Guanacaste (ACG) in northwestern Costa Rica. 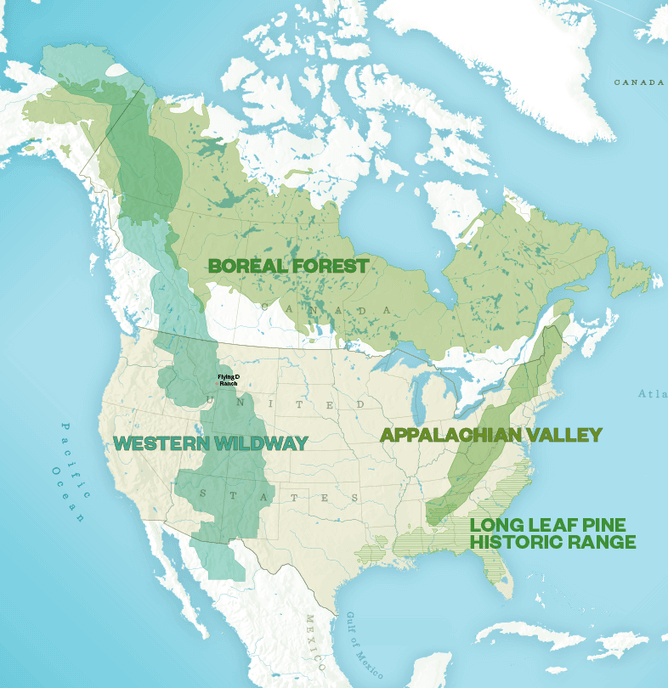 The backdrop for this discussion is that we are in the sixth great extinction event in earth’s history. More species are being lost today than at any time since the end of the dinosaurs. There is no mystery as to why this is happening: it is a direct result of human depredations, habitat destruction, overpopulation, resource depletion, urban sprawl and climate change.

Wilson is one of the world’s premier natural scientists – an expert on ants, the father of island biogeography, apostle of the notion that humans share a bond with other species (biophilia) and a herald about the danger posed by extinction.

On these and other matters he is also an eloquent writer, having written numerous books on biodiversity, science, and society. So when Wilson started to talk about half-Earth several years ago, people started to listen.

As a scholar of ethics and public policy with an interest in animals and the environment, I have been following the discussion of half-Earth for some time. I like the idea and think it is feasible. Yet it suffers from a major blind spot: a human-centric view on the value of life.

Wilson’s entry into this debate, and his seeming evolution on matters of ethics, is an invitation to explore how people ought to live with each other, other animals and the natural world, particularly if vast tracts are set aside for wildlife. 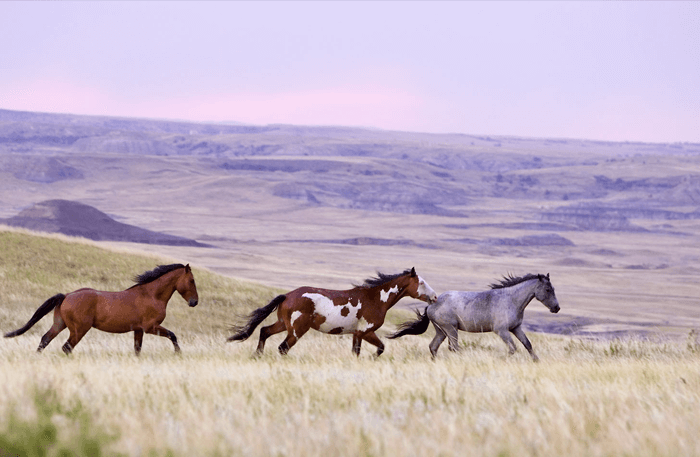 Vast tracts set aside for wildlife

The ethics of Wilson’s volte-face

I heard Wilson speak for the first time in Washington, DC in the early 2000s. At that talk, Wilson was resigned to the inevitable loss of much of the world’s biodiversity. So he advocated a global biodiversity survey that would sample and store the world’s biotic heritage.

In this way, we might still benefit from biodiversity’s genetic information in terms of biomedical research, and perhaps, someday, revive an extinct species or two. Not a bad idea in and of itself. Still, it was a drearily fatalistic speech, and one entirely devoid of any sense of moral responsibility to the world of nonhuman animals and nature.

What is striking about Wilson’s argument for half-Earth is not the apparent about-face from cataloging biodiversity to restoring it. It is the moral dimension he attaches to it.

In several interviews, he references the need for humanity to develop an ethic that cares about planetary life, and does not place the wants and needs of a single species (Homo sapiens sapiens) above the well-being of all other species.

To my ear, this sounds great, but I am not exactly sure how far it goes. In the past, Wilson’s discussions of conservation ethics appear to me clearly anthropocentric. They espouse the notion that we are exceptional creatures at the apex of evolution, the sole species that has intrinsic value in and of ourselves, and thus we are to be privileged above all other species.

In this view, we care about nature and biodiversity only because we care about ourselves. Nature is useful for us in the sense of resources and ecological services, but it has no value in and of itself. In ethics talk, people have intrinsic value while nature’s only value is what it can do for people – extrinsic value.

For example, in his 1993 book The Biophilia Hypothesis, Wilson argues for

the necessity of a robust and richly textured anthropocentric ethics apart from the issues of rights [for other animals or ecosystems] – one based on the hereditary needs of our own species. In addition to the well-documented utilitarian potential of wild species, the diversity of life has immense aesthetic and spiritual value.

The passage indicates Wilson’s long-held view that biodiversity is important because of what it does for humanity, including the resources, beauty and spirituality people find in nature. It sidesteps questions of whether animals and the rest of nature have intrinsic value apart from human use. 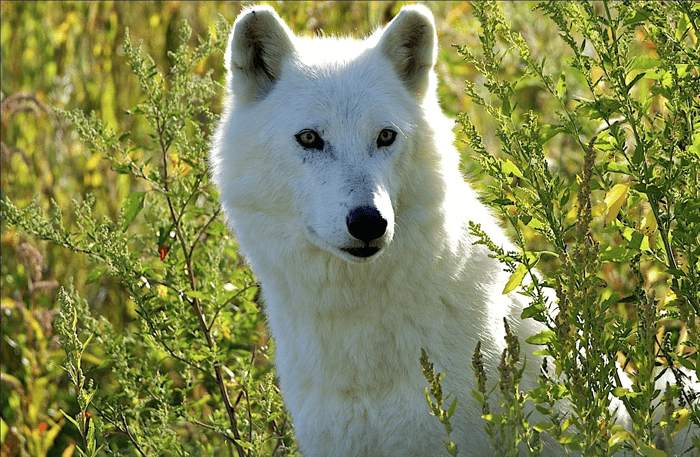 Do animals and the rest of nature have intrinsic value?

His evolving position, as reflected in the half-Earth proposal, seems much more in tune with what ethicist call non-anthropocentrism – that humanity is simply one marvelous but no more special outcome of evolution; that other beings, species and/or ecosystems also have intrinsic value; and that there is no reason to automatically privilege us over the rest of life.

Consider this recent statement by Wilson:

What kind of a species are we that we treat the rest of life so cheaply? There are those who think that’s the destiny of Earth: we arrived, we’re humanizing the Earth, and it will be the destiny of Earth for us to wipe humans out and most of the rest of biodiversity. But I think the great majority of thoughtful people consider that a morally wrong position to take, and a very dangerous one.

The non-anthropocentric view does not deny that biodiversity and nature provide material, aesthetic and spiritual ‘resources’. Rather, it holds there is something more – that the community of life has value independent of the resources it provides humanity. Non-anthropocentric ethics requires, therefore, a more caring approach to people’s impact on the planet. 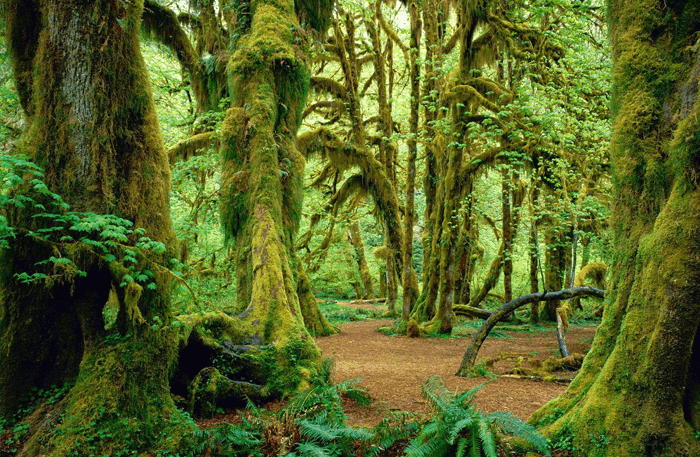 Biodiversity and nature provide something more than material, aesthetic and spiritual ‘resources’

Whether Wilson is really leaving anthropocentrism behind, time will tell. But for my part, I at least welcome his opening up possibilities to discuss less prejudicial views of animals and the rest of nature.

It is interesting to note that half-Earth is not a new idea. In North America, the half-Earth concept first arose in the 1990s as a discussion about wilderness in the deep ecology movement. Various nonprofits that arose out of that movement continued to develop the idea, in particular the Wildlands Network, the Rewilding Institute and the Wild Foundation.

These organizations use a mix of conservation science, education and public policy initiatives to promote protecting and restoring continental-scale habitats and corridors, all with an eye to preserving the native flora and fauna of North America. One example is ongoing work to connect the Yellowstone to Yukon ecosystems along the spine of the Rocky Mountains.

When I was a graduate student, the term ‘half-Earth’ had not yet been used, but the idea was in the air. My classmates and I referred to it as the ‘50% solution’. We chose this term because of the work of Reed Noss and Allen Cooperrider’s 1994 book, Savings Nature’s Legacy.

Amongst other things, the book documents that, depending on the species and ecosystems in question, approximately 30% to 70% of the original habitats of the Earth would be necessary to sustain our planet’s biodiversity. So splitting the difference, we discussed the 50% solution to describe this need.

The corollary: create human habitats where people can flourish

This leads directly into my third point. The engagement of Wilson and others with the idea of half-Earth and rewilding presupposes but does not fully articulate the need for an urban vision, one where cities are ecological, sustainable and resilient. 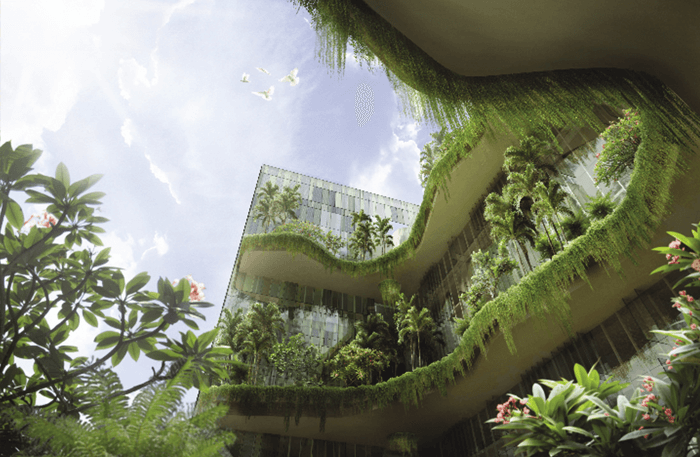 Indeed, Wilson has yet to spell out what we do with the people and infrastructure that are not devoted to maintaining and teaching about his proposed biodiversity parks. This is not a criticism, but an urgent question for ongoing and creative thinking.

Humans are urbanizing like never before. Today, the majority of people live in cities, and by the end of the 21st century, over 90% of people will live in a metropolitan area. If we are to meet the compelling needs of human beings, we have to remake cities into sustainable and resilient ‘humanitats’ that produce a good life.

Such a good life is not to be measured in simple gross domestic product or consumption, but rather in well-being – freedom, true equality, housing, health, education, recreation, meaningful work, community, sustainable energy, urban farming, green infrastructure, open space in the form of parks and refuges, contact with companion and wild animals, and a culture that values and respects the natural world.

To do all this in the context of saving half the Earth for its own sake is a tall order. Yet it is a challenge that we are up to if we have the will and ethical vision to value and coexist in a more-than-human world.

Why not implement a Biodrome Institute per country in the world to monitor scientifically all ecosystems with software where masterplans can be derived from ecological problems. The software is connected between all countries in the world and then could provide-give an overview intercontinentally.

So what do we do with the people in the corridor. Are we going to compensate them for their loss of property? What about the cities and roads? Are they to be destroyed? Sounds like something the Nazis would be good at doing as the progenitors of the Green movement. Wait. I know what to do with the people!