Reprogramming the Mind for Evolution

For a long time we’ve been taught that evolution is a process that is happening to us. Thankfully we’re living in times where the human race is finally getting a grasp on the fact that we’re actually actively involved in how we evolve as a species.

As humans, our bodies are constantly changing in response to the environment around us. Our muscles change according to whether we choose to use them or not. The enzymes in our digestive system change in response to the foods we choose to eat. Our endocrine system is in a constant feedback loop with our emotions which can change dramatically according to what’s happening in the world around us. As Dr Bruce Lipton put it, “the cell is a carbon-based ‘computer chip’ that reads the environment”, and the field of epigenetics teaches us that our DNA changes in quality – again, according to our environment.

When science talks about ‘environmental influence’ it seems to imply ‘all that which is outside ourselves’. It’s easy to overlook the fact that that our conscious choices about which environmental factors we engage with are part of what shapes the way our bodies restructure. We are part of the environment that influences our own development; our free will lets us choose and change the environment. We participate in our own evolution during our lifetime and what we do in our own lives can also affect future generations. In this way, personal evolution is collective evolution, and nowhere is personal evolution more apparent than how we are capable of rewiring our own brain.

How Reprogramming the Mind Is Helpful To Us

Humans work really well with routines. We repeat the same pattern over and over, and through neuroplasticity our brain wires itself so that it doesn’t have to think too much about that task anymore, it just runs that established electrical pathway. To riff off Noel Burch, it’s like when we learn to drive a car: we move from unconscious incompetence ‘I don’t know how bad at this I’m going to be’; to conscious competence ‘I now know how bad I am at this’; to conscious competence ‘OK, I can do this but I have to keep my mind on the job’; to unconscious competence ‘I can wind the window down, change the radio, turn a corner and change gears all at the same time, without even thinking about it’.

We program ourselves all the time with repetition, so we don’t have to waste energy engaging isolated focus on every task. The question is whether these are routines we are choosing for ourselves or that have been imposed on us? If they are imposed, are they helpful to us both personally and as a species?

When Are We Most Easily Able To Wire And Re-wire Our Mind?

During early childhood our brains are wiring themselves for the first time. While this process slows after the intense surge of development in first few years, our brains are still establishing the wiring we will largely use for the rest of our life throughout childhood. When we hit our teenage years we experience the second surge of new wiring and there is an opportunity for patterns to be created during this time that can setup behaviours for years to come. After this period, neuroplasticity still occurs but it just isn’t as fluid as it was before. So you can teach an old dog new tricks, it’s just a slower process.
[signupbanner]
The problem here is that our subconscious is overhearing everything our conscious mind is hearing, and is therefore to a being programmed by whatever influence we’re being exposed to. The Jesuits knew this 400 years ago. They would boast:

“Give me a child until it’s seven, it will belong to the church for the rest of its life.’”
– Dr Bruce Lipton, paraphrasing Jesuit priests.

We Are Always Programming Ourselves

I like to imagine the subconscious mind is like an autopilot system. It is overhearing everything we ever think or say, and it’s mission (in the background and whenever possible) is to guide us towards whatever we want… or at least whatever it thinks we want according to what it overhears. An extra level of challenge is introduced when we imagine that the conscious mind has the capacity for judgment its higher expression – discernment. The subconscious, however, doesn’t have that ability. When it is overhearing everything you think and every word you say it simply hears the topic, not the context. ‘I don’t want to be fat’ with the judgment of ‘I don’t want’ removed becomes the topic only: ‘be fat’. The subconscious ‘overhears’ the topic of what is active in your conscious mind and it is listening for repetition. This is how it figures out for how ready we need to be for that particular thought process.

If we lift weights we are using repetition to say to the muscles, ‘be ready for this, we may need to do this at any moment, so restructure yourself’. Scientists have found the fastest way to get fit is to do interval sprints, which is basically a physical way of saying to the body through repetition ‘you need to restructure yourself so we can sprint at top speed at any time, at the drop of a hat’. Rest, get your breath back and sprint again, over and over. This repetition tells the body that it’s a high priority to restructure and be ready for this at all times. My observation is that the same appears to be true for our brain. When our subconscious overhears our thoughts and words and there is repetition, there is an increased likelihood of neural rewiring. After all – neurons that fire together wire together.

The path of least resistance

When attempting to re-wire an old habit or behaviour pattern, it is useful to remember the old adage from high school science: electricity follows the path of least resistance. Imagine the old pattern as a well-established electrical pathway in your brain. As you put conscious focus into creating a new electrical pathway to replace the old pattern, you make that new electrical pathway fatter. As soon as you stop putting conscious focus into running the new behaviour pattern the electricity will revert to the old cable for as long as it is the fatter of the two cables, as that is the path of least resistance. As soon as the day comes when the new electrical pathway is thicker than the old one you have a new program in your autopilot system, that will now run on it’s own without you needing to focus conscious intention on it. You have reached a level of conscious competence. According to Dan Coyle a key to making the consciously chosen wiring stick is holding the intention that ‘I want to know this for the rest of my life’. Coyle suggests this causes the brain to coat the new electrical pathway in the brain with myelin insulation, making it much more permanent. 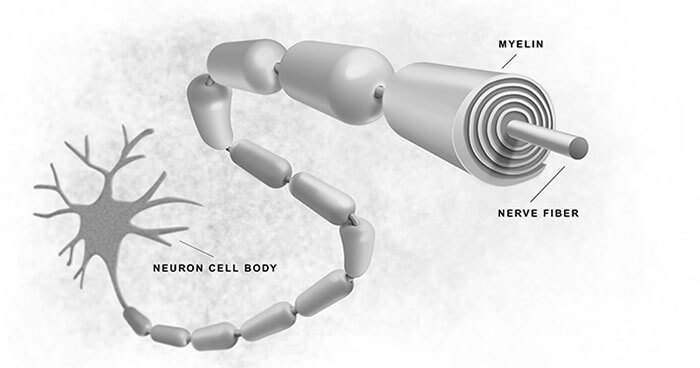 Taking care with the programs we allow our subconscious to overhear

As stated earlier, our autopilot system is taking direction from everything you’re experiencing – which includes the media we watch, the people we surround ourselves with and more. For this reason, one of the most powerful things we can do is exercise discernment around the kind of experiences we expose ourselves to, and their level of intensity and repetition.

“It is easier to build strong children than to repair broken men.”
– Frederick Douglass

More importantly is the need for extra care in exercising this discernment on behalf of the children in our care and teaching this discernment to teenagers as, in both cases they are in a heightened state of neuroplasticity and are more susceptible to influence. To be clear, I am by no means advocating prudishness or avoidance of the truth, just a higher level of awareness of how we are either consciously or inadvertently being programmed all the time.

In the video below Bruce Lipton speaks passionately on this very subject, citing this discernment on behalf of our children as a clear solution to war and conflict.

I love Bruce’s work. It has enabled me to use what I have learned to help others remove their old pain messages, a great practical example of neural plasticity. Keep it up Bruce you are doing great work.

Have been a Friend and follower of Bruce Lipton for years and feel he is one of the foremost biologists also involved in aiding in the accomplishment of both personal and social transformation. While i did not read through all you wrote here, am very glad to see this promotion of his work.

Why are our downloaded programmes from adults & community so negative?