BY Even Dawn
Welcome to UPLIFT
The Science of Love
Reconnecting the World’s Forests
As the Earth’s deep forests diminish, what are our options for the future?

Following a recent analysis of the first high-resolution images of global tree coverage, news of the drastic fragmentation of forest habitat on Earth has been spreading. Whilst many news reports about the study took full advantage of the most alarming statistics it contained, few (if any) have included a balanced presentation of the potential for reducing further deforestation, let alone the possibility of renewal.

Upon reading the Science Advances article for myself I noticed this quote, which I found highly-significant but has scarcely been reported on.

“Without gains in yield and efficiency of agricultural systems, the expansion of human populations will inevitably continue to reduce and fragment natural areas.”

I was reminded of the final word left in the closing pages of The Lorax by Dr. Seuss: ‘UNLESS’. Unless humanity cultivates food using methods that are more efficient than the current conventions, the intact forests that do remain will not remain for long. 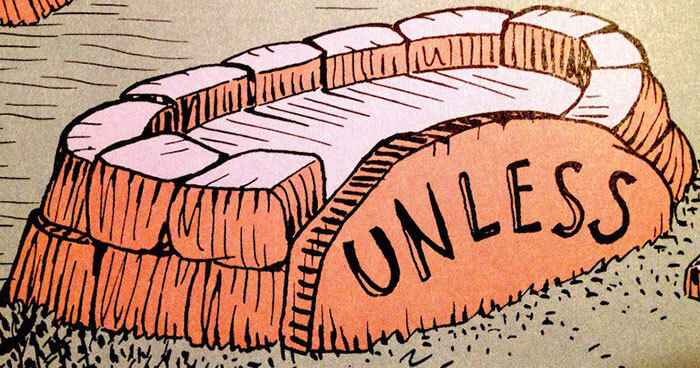 “Unless someone like you cares a whole awful lot, Nothing is going to get better. It’s not.” – Dr. Seuss

The last of the Earth’s deep forests

The study, titled Habitat fragmentation and its lasting impact on Earth’s ecosystems, revealed that more than 70% of the world’s forests is within 1km of farms, buildings or roads and that nearly 20% of forests have a distance of only 100m from the nearest human-modified landscape. The research was led by Professor Nick Haddad from North Carolina State University, who identified only “two big patches of intact forest left on Earth—the Amazon and the Congo”. Large areas of less-intact forest also remain in southeastern Asia, New Guinea and the Boreal Biome stretching across North America and Eurasia.

Evidently, the destruction and degradation of natural ecosystems leads to fragmentation, which is “the division of habitat into smaller and more isolated fragments separated by a matrix of human-transformed land cover”. This close proximity to our human ‘built environments’ results in a marked reduction in biodiversity; which means less variety of plant species, and less habitat for insects and wildlife.

“The capacity of the surviving forests and other natural habitats to sustain biodiversity and ecosystem services will hinge upon the total amount and quality of habitat left in fragments, their degree of connectivity, and how they are affected by other human-induced perturbations such as climate change and invasive species.”
– Habitat fragmentation and its lasting impact on Earth’s ecosystems 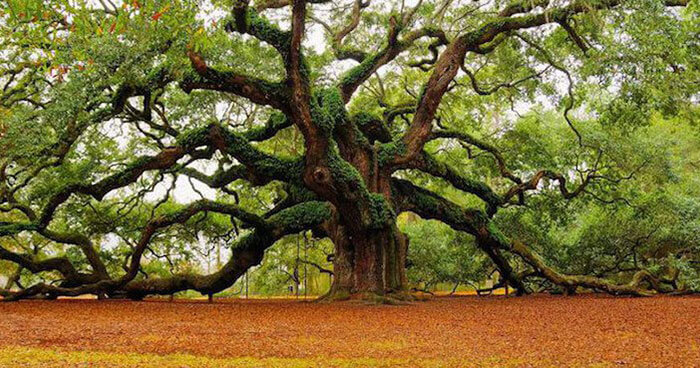 “An ancient tree on the forest edge”

Seeing as more than 90% of the remaining forests can be considered remnants, encouraging biodiversity by restoring or creating new corridors of connection between those forest remnants is a real priority. At a recent public meeting at my local community gardens I heard Dave Rawlins, a representative of the local landcare group, speak on this subject. From listening to Dave’s presentation I learned that the Byron Bay region at the most easterly point of Australia is one of the most biodiverse areas on the Australian continent, due to its subtropical climate and the variety of coastal and mountain ecosystems. Much of the actual on-the-ground work local landcare groups do is about providing habitat and creating corridors for local wildlife through regenerating waterways with native plants.

It takes a network of densely planted corridors to encourage birds and animals to cross between remnant forests, carrying with them seeds of more plants which may establish themselves with the right conditions.

There are even land-owners who employ the landcare group to revegetate corridors through their properties. This can have the added benefit of reducing the property maintenance associated with continually mowing under-utilised pastures, as well as long term prevention of dry land salinity and desertification.

Myths and Facts about Restoration

Forest restoration is a growing global movement to restore land that has been deforested or degraded. In one of their New Perspectives in Reforestation articles, the World Resources Institute addressed three common myths associated with forest and landscape restoration: 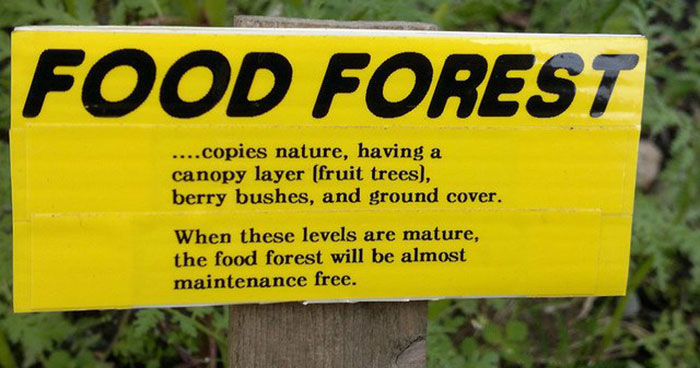 When I originally moved to the Byron Bay area, I was fortunate enough to do the study for my Permaculture Design Certificate with Geoff Lawton. Coming from the city, I had virtually no knowledge or understanding of growing food, but was immediately fascinated by the patterns and principles found in permaculture gardens. One particular discussion with Geoff and the other participants, about organic certification, stands out in my memory. Geoff declared that the craze around organic farming would eventually phase out; in the future food forestry will prevail.

“This is the major system that will allow us to inhabit this Earth forever.”
– Geoff Lawton, Establishing a Food Forest

The principal of ‘obtaining a substantial yield’ from a polyculture orchard, or food forest stayed with me for the decade or more since I attained my PDC. You can see why the “gains in yields and efficiency of agricultural systems” quote from the Science Advances article perked my interest. Since natural systems, like forests, are the most efficient systems there are, being able to mimic the structure of a forest with plants that supply essential food and fibres makes a lot of sense.

“You can grow fruits, nuts, vegetables, herbs, mushrooms, other useful plants, and animals in a way that mimics natural ecosystems. You can create a beautiful, diverse, high-yield garden. If designed with care and deep understanding of ecosystem function, you can also design a garden that is largely self-maintaining.”
– David Jacke, Edible Forest Gardens

Edible forest gardens are designed and modelled on a young, natural woodland. Whilst it may not yield quite as much as a similar-sized area of annual vegetables, there is so much less time, energy and effort to maintain it that it is still more efficient. This video features Martin Crawford, pioneer of European Forest-Gardening, and describes the numerous rewards and benefits of edible forest gardens.

“For the amount you get out you have to put very little effort in. So that’s a very nice system from that regard. There are lots of other benefits too. It is a wonderful place to be in, it’s very beautiful. It’s aesthetically pleasing, it’s good for wildlife. And also it helps people reconnect with nature on a deeper level too.”
– Martin Crawford, Advantages of Forest Gardens

The advancement towards biodiverse agriculture, be it polyculture orchards, food forests or forest gardens is not as remote as it may seem. Here is a list of five cities in the United States that are growing food-bearing plants in public parks. In fact, they aren’t really new at all. As Geoff Lawton has discovered there is a 300-year-old food forest in Vietnam and a 2000-year-old food forest in Morrocco!

Adapting our agricultural systems to ones which reconnect the fragmented forests and restore degraded landscapes is an exciting prospect. Eric Toensmeier’s all-native edible forest garden in the Eastern Forest region of the United States provides an abundance of useful and edible supplies, as does Brad Lancaster’s water resilient system in the Sonoran Desert.

Although the problem of deforestation is an enormous issue, there are changes each of us can make to ensure that there are forests that remain intact for future generations. Perhaps you can join a local landcare group in restoring connections between the forest fragments, and revegetating the forest edge, or by supporting suppliers of polyculture produce in your local area.

Encourage landowners and farmers to consider the benefits of implementing a more efficient, sustainable agricultural systems such as food forestry. Divest from corporations that fund mineral mining and forest clear-felling. Do some research to find out which food and fibre products contribute to the most destruction and degradation of intact forests, such as palm oil, soybeans, farmed cattle and unsustainably harvest pulp and timber. There are so many ways we can make a small difference in our own way. In the words of Mother Theresa:

“Not all of us can do great things. But we can do small things with great love.”