As humans, when we have our rudder set to doing the right thing no matter what, there’s an amazing side effect: the benefit of inner peace. When we do the right thing, or make amends when we fail to do the right thing, we find we can sleep at night–our bad deeds don’t haunt our dreams or keep us up, wide-eyed and sweating, in the wee hours. A warm contentment becomes our dearest friend. Each and every one of us can live a better, happier life by striving for human excellence.

Plato, the ancient Classical Greek philosopher, whose ideas are still taught and debated over in Universities today, has much to say about human excellence. His influential Academy for research and learning founded in 380BC was the ancestor of today’s modern Universities. In the Republic, Plato’s best known work and one of the world’s most influential works of philosophy and political theory, he lists the four cardinal virtues of human excellence as being: wisdom, temperance, courage and justice, saying they reflect the true nature of the soul. Numerous other philosophers, like Aristotle, Saint Augustine and Saint Aquinas expanded upon Plato’s cardinal virtues, all citing them as essential to human wellbeing.

Wisdom is the leader: next follows moderation; and from the union of these two with courage springs justice. – Plato 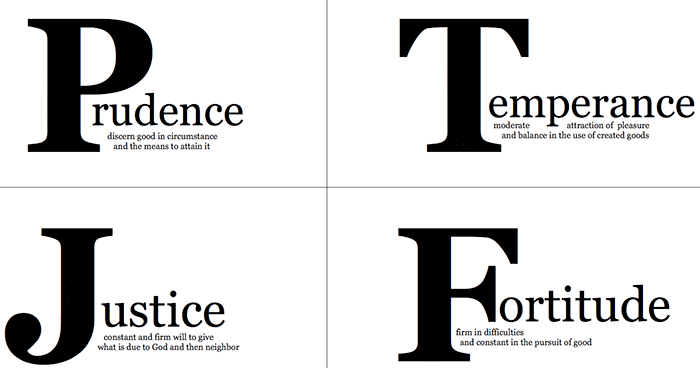 These pillars of justice, human relating, higher wisdom and consciousness are vital in a world that feels like its lost its way. They are useful tools for grounding us in excellence and could even be the key to greater happiness. To strive for distinction is an incredible thing, and it brings to the fore our true character; developing our strengths, unlocking our wisdom and tuning into our innate greatness.

For a man to conquer himself is the first and noblest of all victories. – Plato

Plato’s quartet of cardinal virtues forms the base upon which all other virtues rest and, as such, represents the foundation of natural morality. The erudite philosopher talked a lot about ethics, and believed that happiness, or wellbeing, was the highest aim of moral thought and conduct. Therefore, these virtues act like a practical map to achieving happiness.

Wisdom is the ability to discern our highest good and the right action in each moment. It is often ascribed to elders, and to ancient teachings and teachers, yet wisdom is ageless, timeless, and faceless: a magic that we all feel and know when we experience it. Wisdom is truth. It flows from the mouths of young children and can be seen in nature, in animals, and in the innate qualities of the heart. A wise person has nothing to prove, and nothing to lose.

Wisdom alone is the science of other sciences. – Plato 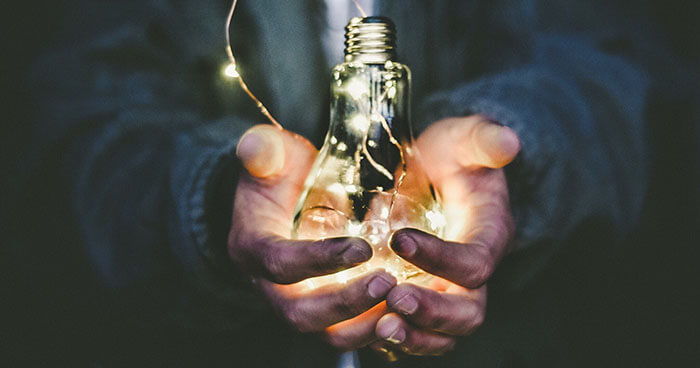 Wisdom is the ability to discern our highest good.

Justice is the ability to be fair, to respect the rights of others and give them their due. It can be seen in daily life as harmonious, respectful relationships based on integrity. Justice informs ethics, is linked to basic human rights and is the basis of fairness, equality and respect for differences. As such, this virtue helps unite people and stave off conflict.

Justice means minding one’s own business and not meddling with other men’s concern. – Plato 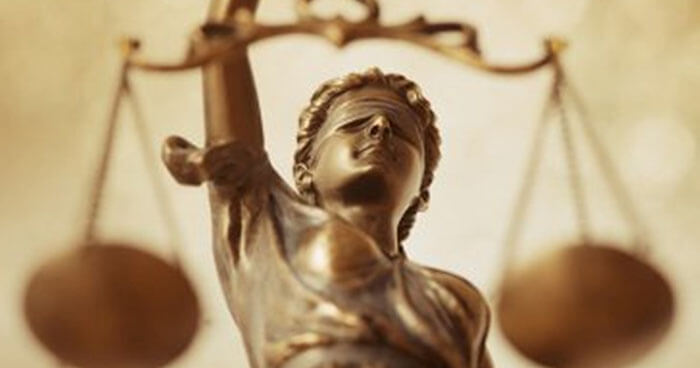 Justice is the ability to be fair and respect the rights of others.

Courage is the ability to conquer fear, and have strength in the face of difficulties. It is the ability to have the inner resolve to resist temptations and overcome obstacles. We have fortitude when we choose the highest road and, for example, are able to sacrifice our own desires for a just cause. Having courage underpins so much of human excellence and living a great life. It can bring tremendous freedom and growth; when we take that courageous leap, the universe opens up for us. Without courage we are adrift at sea. As we seize the day, anything is possible.

Courage is a kind of salvation.  – Plato 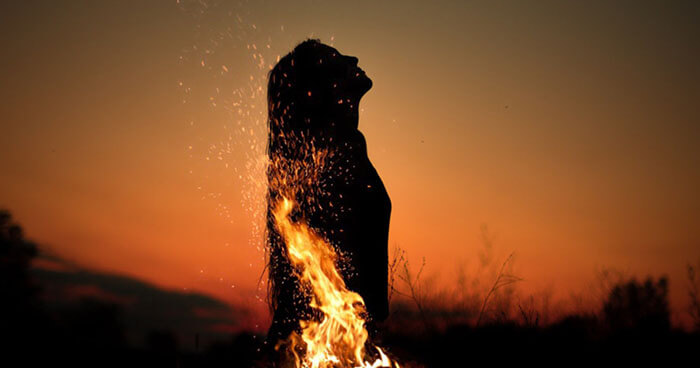 Courage is the ability to conquer fear and face difficulties.

Temperance is the ability to master the will over basic instincts and to remain balanced and honourable. It can be seen in daily life as the ability to curb our appetites/desires for too much of anything. We can definitely indulge the senses, and be abundant, while showing moderation, discipline and restraint. Food, drink, and sex are all necessary for our survival, but an excess of desire for any of these can have awful consequences. Extremism in anything is problematic. Temperance is a bit like the Buddhist ‘middle path.’  It can protect against excess and imbalance, and requires simplicity, presence and awareness.

Good actions give strength to ourselves and inspire good actions in others. – Plato 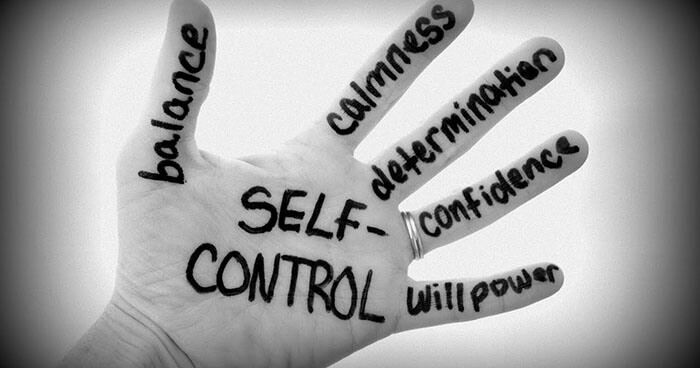 Temperance is the ability to master the will over basic instincts.

There are so many stories of great humans overcoming severe and devastating obstacles and situations in life. We all love these stories and find them deeply inspiring. Embedded in these hero’s journeys are the four cardinal virtues. It takes great courage to begin the quest for human excellence, to refuse to give up and to take the high road, or continue on into unfamiliar territory. Then it takes incredible strength to persist in the face of opposition, disaster, and problems. A belief in justice and the discipline that temperance affords, become the bedrock of this quest and a hero is born.

Any man may easily do harm, but not every man can do good to another. – Plato 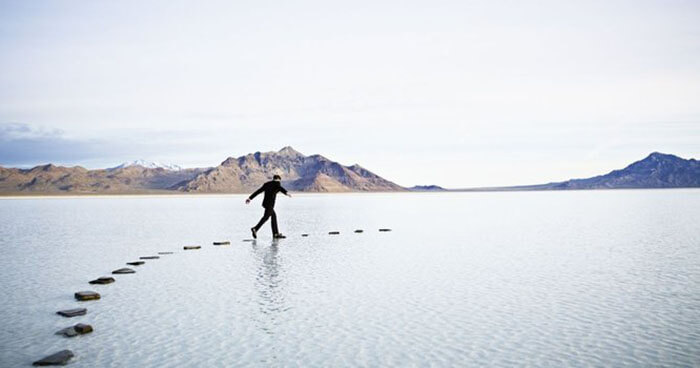 It takes great courage to begin the quest for human excellence.

Every day we read the stories of ordinary people who overcame incredible odds to succeed. I think of Tony Robbins, who rose from a situation of childhood abuse and poverty to be the greatest and most successful international life coach; Anne Frank, and so many other holocaust survivors and heroes; Nick Vujicic, born without arms and legs; and Oprah Winfrey and Maya Angelou, who both suffered terrible child sexual abuse. People like mountaineer, Joe Simpson, who despite frostbite and a broken leg, rescued himself from a deep crevasse. And so many other simple, yet profound, stories of survival, hope and resilience, from ordinary heroes, that take place every day–common to all of these stories is the thread of these four virtues in one way or another.

We can all strive for human excellence and use Plato’s cardinal virtues as a map for the journey of life. When we feel like a failure, or like we cannot go on, we need to draw on our courage, for it is most needed in the darkest hour. Remembering to pause, be grateful, to temper our excess during the times where excess beckons, putting life into stark perspective, and embracing justice, brings great clarity in complex relationships and situations. We can allow others to live their own lives, while we lend compassion, and we can take full charge of our own responsibilities without interfering in what is not ours to change or interfere with. By taking time to be still, to nurture our relationship with ourselves and a higher power, we can cultivate wisdom, our best friend, on the path of life. Once we trust our own wisdom we have everything we need, and our life can flow in tune with the highest purpose for each one of us.

All the gold which is under or upon the earth is not enough to give in exchange for virtue. – Plato

Scott Peck’s four tools on discipline helped me through the tough times & even now. The average Joe needs a solid foundation built on discipline before embarking on higher goals, IMO.

All Plato’s precepts are impossible for man to achieve or at the most he produces some limited virtue. The Holy Spirit of God does much better than man, making the 4 precepts of Plato achievable without a heavy burdensome journey. Shema Israel – love the Lord 1st and all these would be given as well to all of us. It was Plato who said that if a good man comes on earth and practices ultimate good, he will be crucified – the fathers of the church regard him as having in him the essences of Christian virtue.
Peace and love Sandy

Where are these quotes said in the republic? I recognize a few but I’d love to know where the rest are..

Hi, which of Plato’s work did these quotes come from? Were they all from the republic?

love,love,love this article! Thanks

So true and needed in today’s world of immoral, money worshipping,’pass the buck’ society!

Why are these teachings not taught in schools and at home from an early Age?