BY Pema Chödrön
Welcome to UPLIFT
Stories of Love
Pema Chödrön on ‘Failing’
Are You Willing to Reap the Riches of Failing?

This excerpt from Pema Chödrön’s new book Fail, Fail Again, Fail Better offers wise advice for the times in life in when things don’t go the way you wanted them to.

No one ever knows what is going to happen next. But these transition times — between something being set and things being uncertain — are times of enormous potential. Anything is possible.

If there is one skill that is not stressed very much, but is really needed, it is knowing how to fail well. The fine art of failing. There is a lot of emphasis on succeeding. And whether we buy the hype or not, we all want to succeed, especially if you consider success as “it works out the way I want it to.” You know it feels good in the gut and in the heart because it worked out. So failing, by that definition, is that it didn’t work out the way you wanted it to. And [failing] is what we don’t usually get a lot of preparation for.

Accept Failure for What It Is

Well, one of the things I want to say about failure is that it feels very raw. I think the most significant thing about it is that we usually think of it as something that happens to us from the outside, right? We can’t get in a good relationship or we are in a relationship that ends painfully or we can’t get a job. Or we are fired from the job we have. Or we don’t get the grades we want, or any number of not getting things the way we want them to be, that we think of failure as something that happens to us. There are usually two ways that we deal with that. We either blame it on somebody else or some other — the organization, our boss, or partner, whatever. We move away from the rawness, of holding the rawness of vulnerability in our heart, by blaming it on the other. 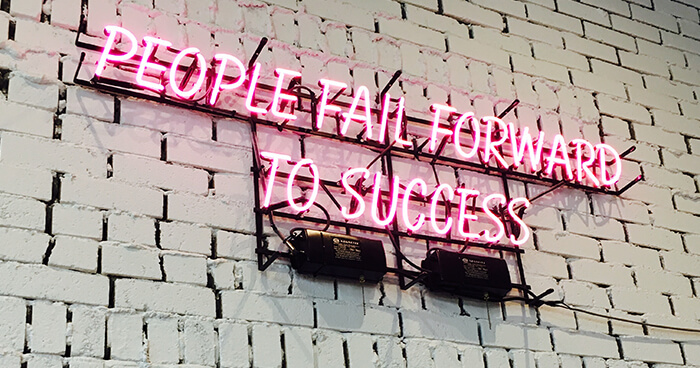 Once we accept our ‘failures’ we can then grow from them. Image: Ian Kim

The other really common thing, which is probably inherent in whatever approach we take, is that we feel really bad about ourselves and label ourselves ‘a failure.’ We have this feeling that there is something fundamentally wrong with us — something basically wrong with us. I think this is what we need a lot of help with: this feeling that there is something wrong with us, that we actually are a failure because of the relationship not working out, the job not working out, or whatever it is, botched opportunities, doing something that flops.

Find the Opportunity in Failure

One of the ways to sort of pull yourself up or help yourself to hold this is to begin to question what is really happening when there is a failure. So someone gave me a quote, something from James Joyce’s Ulysses, where Joyce wrote about how failure can lead to discovery. And he actually didn’t use the word ‘failure;’ he used the word ‘mistake,’ as in making a mistake. He said, that mistakes can be ‘the portals of discovery.’ In other words, mistakes are the portal to creativity, to learning something new, to having a fresh outlook on things.

Sometimes you experience failed expectations as heartbreak and disappointment, and sometimes you feel rage. Failure or things not working out as you’d hoped doesn’t feel good; that’s for sure. But at that time, maybe instead of doing the habitual thing of labeling yourself a ‘failure’ or a ‘loser’ or thinking there is something wrong with you, you could get curious about what is going on. And really, this is where I think your education will come in handy. 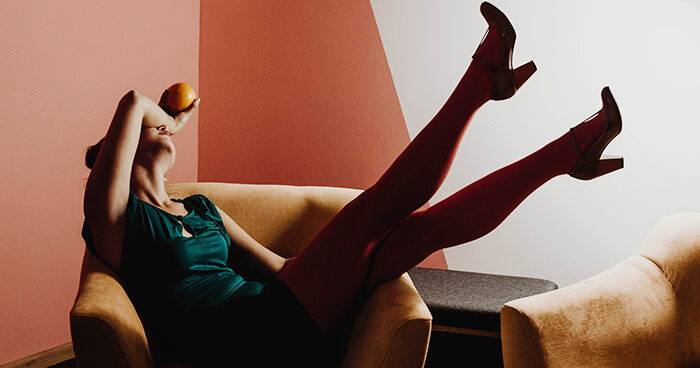 When we are good at failing, we become more comfortable with our ‘humanness’. Image: Hanna Postova

Use Failure to Move Forward

‘Fail better’ means you begin to have the ability to hold the rawness of vulnerability in your heart, and see it as your connection with other human beings and as a part of your humanness. Failing better means when these things happen in your life, they become a source of growth, a source of forward, a source of out of that place of rawness you can really communicate genuinely with other people.

Your best qualities come out of that place because it’s unguarded and you’re not shielding yourself. Failing better means that failure becomes a rich and fertile ground instead of just another slap in the face. And so I can tell you that it is out of this same space that come our best human qualities of bravery, kindness, and the ability to really reach out to and care about each other. It’s where real communication with other people starts to happen, because it’s a very unguarded, wide-open space in which you can go beyond the blame and just feel the bleedingness of it, the raw-meat quality of it.

The question is, are you going to grow or are you going to just stay as you are out of fear and waste your precious human life by status quo-ing instead of being willing to break the sound barrier? Break the glass ceiling, or whatever it is in your own life? Are you willing to go forward?

I suggest finding the willingness to go forward instead of staying still, which is essentially going backward; particularly when you have a calling in some direction. That calling needs to be answered. And it’s not necessarily going to work out the way you want it to work out, but it is taking you forward, and you are leaving the nest. And that never can be a mistake — to fly instead of staying in the nest.