Over this last week, death laid a place at my table and sat down to join me. Already eight years since my father died, on the anniversary of his death, I was surprised to find easy tears, aches in my body, and vivid thoughts of him as I dipped again into the deep well of grief. My relationship with my father had many complexities and so too does the grief. His death left me reeling. Somewhere I had held tight to the hope of a resolution; to the idea that an untidy topic could be neatly packaged, fastened with a ribbon and sent, once and for all, to a far and distant land. That all would be explained and no longer would I succumb to the harsh voices of self-doubt, and that the confusion and weighted burden of unresolved trauma, carried on to adulthood, would be lifted. How tightly I held to this. His death gave me no chance to even say goodbye. Hope for reconciliation was replaced by a pre-dawn phone call, my mother’s voice barely audible as she told me of his sudden demise.

Not so sudden in fact, I would learn after I flew to the UK a few days later. His stoic denial of the extent of the disease left a legacy in itself. The longed-for reunion held instead on a cold and grey, rain-lashed day in a funeral parlour. There can be no meeting when one is absent. I had sat by the coffin and stared at him. He was ashen grey and eyes not quite shut, he stared somewhere unknown. Dressed in a pale blue robe, something a choirboy may have worn. Hands folded across his chest. Wrenching sobs had escaped with an anguish they deserved. Despair had risen from the pit of my soul. ‘Dad’ was all I could whisper, and for sure I felt my heart might break. He looked so small. Shrunken. The sheer finality, the absolute absence of him was tragic. The air felt weighted with death. Death clung to my nostrils. I had brought a bottle of frankincense oil with me and I dabbed it on his forehead, and on his hands. His skin was waxy and freezing. The following day the rains lifted. Cloud forms painted artworks in the heavens. Mists hung in the valleys. Swollen muddy rivers rushed on their way, fields lay awash. 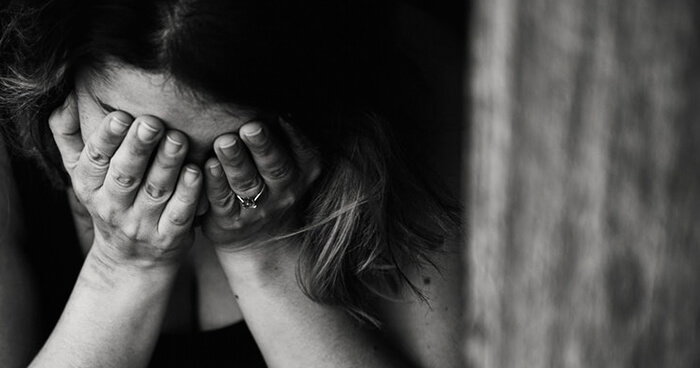 I work as a community nurse. A client had particularly difficult wounds. As I attended her needs, her old dog–her companion of 16 years–was brought in on a lead; definitely no purebred, with patchy brown fur and a growing tumour visible on her side. I witnessed the goodbye. The dog gently wagged its tail as she ambled out, on her way to be put down. Tears streamed down my client’s weathered face, and when I finished my work, she was sitting outside on the porch. Her sobs were loud and wrenching. I stood for a moment and bore witness to her heartbreak.

I work with those in the twilight of their lives. Old age comes with many losses. Loss of independence, loss of friends, loss of family, and often of one’s life partner. Loss of health, loss of memory and sometimes loss of hope. One’s identity is stripped away.

I wished so desperately to have been able to say goodbye to my father. The last time I saw him had been here in Australia after a month long visit. A perfect winter day as the river lay in a smooth wash of blue. We had stood, side by side, as the kids fished with sticks and a pelican landed on the water, sending a trail of sparkles in its wake. I had been overtaken with the feeling that this was the last time I would see him, the last and only chance. Speak I had begged of myself but no words had I found. And the minutes had slipped away and then we were standing by the bus that took him to the airport. We hugged and said our goodbyes, with the smell of exhaust and Dad’s cheery words to the driver. He waved from the window, as we huddled on the pavement in the warm winter sun, and the bus drove off. 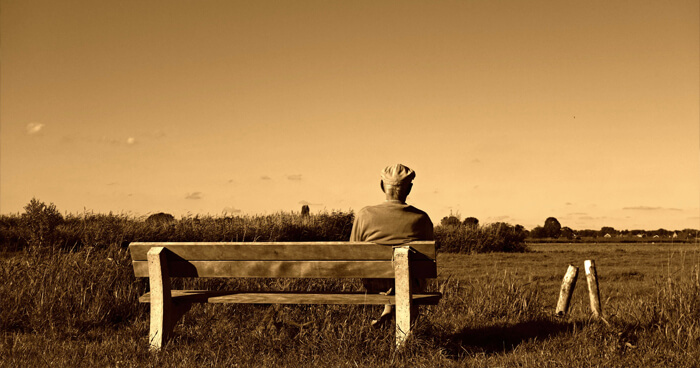 Old age comes with many losses. Loss of independence, friends, family, and a partner.

The anniversary of his passing was the day the rains finally came. The long anticipated release of pent up greys as dense clouds loomed over the horizon, the air thick and panting. Flood rains fell in a fury. Wild winds whipped the trees. That evening, as I sat for Agni Hotra, the flame would not take hold. Dampness seeped inside everything. The patties glowed red for only moments as I recited mantras and offered ghee and rice to a smouldering billowing smoke. A thick grey smoke that curled and danced around me. I sat until only a pile of ash remained. No sunset colours that night, just a fading away to darkness.

Agni Hotra has many benefits for healing, purification and harmonising the environment on an emotional, physical and etheric plane. An ancient Vedic practise that involves the simple act of placing dried cow dung in a brass vessel, spreading ghee, lighting the flame. I face west in my back yard, under the spreading red cedar tree. Watching it slowly take hold and build to a dancing flame, as kids jump on a trampoline and neighbourhood dinners mingle with the fragrance of ghee and cow dung–a fragrance that invokes visceral memories of India. Sitting until the flame dies to glowing embers, and all is reduced to ash.

My father’s death took me deep within myself. Some months after the frantic trip to my homeland, I fell apart. The demands of parenthood easily overwhelmed me and my relationship escalated into conflict. At times, I felt swathed in a menacing darkness. My partner and I sought help from a therapist. And I took on my own determination for healing, seeing a therapist myself. After a year of regular sessions, I slowly trusted enough to discover with no bone of doubt that I had not made anything up, that the memories I held were indeed that. It is as if the grief unwound me, shattered me in pieces, and yet, what is unknown frightens more than what is known. From this place onwards I took the journey of healing. The terrain can be steep and rocky at times, yet the vistas are there too where the fields open up to blue skies above and wild flowers strain towards the sun. And this is how life is. No fairy tales, as we were possibly led to believe. 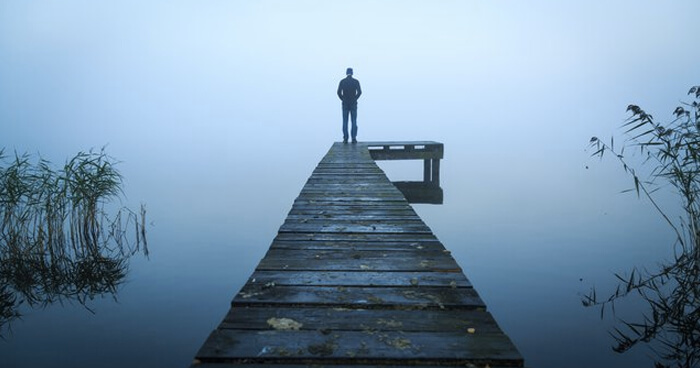 The healing comes from being with the grief.

We live in an era where so much knowledge is available to us. The impact of childhood trauma is now understood to mess with the nervous system, and this is where I now focus. I understand that my attachment is easily disorganised, that I need to commit daily to practice. I have been blessed with a rich spiritual life, living for years in India at the feet of my guru, Papaji. Just as it is when we are challenged with broken bones–the ongoing work required to maintain and strengthen, to optimise a life of wellness–so it is with our emotional and psychological wellbeing. We must learn to replace the unkind voice of self-doubt, and its cousin the critic, with that of forgiveness.

Grief is often underestimated, dismissed and rejected. It is given no place in our Western society. In many cultures, grief is honoured, respected and attended to. When grief is embraced and welcomed the offerings are profound. It is as if one’s eyes can see anew.

I have witnessed death often, and borne witness to profound and ragged grief. I feel privileged to have touched the coalface of life–that brief interaction where life and death stand for a moment hand in hand. And it is our work to live our lives knowing that we too will be grieved for one day, sooner or later. Who can know? May it be a life well lived. As Stephen Jenkinson, the mystic death walker, loves to say: To die well is to live well.

Since before time, I have been free. Birth and death are only doors through which we pass. Sacred thresholds on our journey. – Thich Nhat Hahn

Have you heard of the Grief Recovery Institute. Here is their web-site. https://www.griefrecoverymethod.com/ They are a resource you can use to learn how to find a Grief Recovery Specialist who has a heart with ears. Grief is so so difficult on the heart and mind. We just want someone to listen, without judging, criticizing or analyzing.

Hospices offer free bereavement services as well as some mortuary business offer counseling and support. Many church’s also provide grief counseling so please do find support and possibly consider a grief group as well. Best wishes to you isn’t this sad time.

Find someone who you are comfortable with who can hold space for you and sit and talk to them. It’s not important that they understand as much as it is for you to know they are just there listening to you share your feelings. You don’t need their advice just their attention. The human connection is what I crave during grief. I recently lost my mom and it’s unbearable some days. I don’t know what it is like to lose a spouse. Be well and writing is good for me also.

I wish sometimes someone would just listen always feel like they don’t understand how Iam feeling and I just keeep everything to myself and find myself breaking down by myself. I know I could use therapy but not everybody can afford it. my husband has Been gone for two years.