BY Elisabeth Sheff
Welcome to UPLIFT
Love Lessons from Polyamory
Seven ways to keep love alive in any relationship, according to a 20 year study of polyamorous adults.

Do you hope to love one person for the rest of your life?

As romantic as that goal may sound, not everyone shares it. With economic, social, and health changes leading to much longer lifespans — and more control over fertility and childbearing — our attitudes towards monogamy have changed significantly. Divorce has become commonplace, and many people have embraced serial monogamy, forming one relationship at a time, falling in love and splitting up, and then doing it all over again.

But there’s an alternative: polyamory, a form of consensual non-monogamy that emphasizes emotional and sexual intimacy with multiple partners simultaneously, ideally with the knowledge of all parties involved.

I studied polyamorous families with children for a period of 20 years, and I discovered their relationships can be intense, complicated — and fulfilling.

I also found that polyamorists have developed a set of relationship practices that can serve as lessons to people in monogamous relationships. Divorced parents, and others in blended families, may find them especially relevant because they offer insights into dealing with challenging family communication among multiple adults and co-parents. 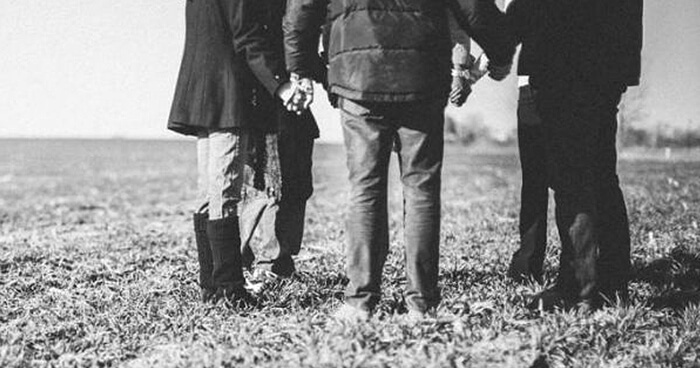 As times change, people are exploring new forms of relationships.

Polyamory isn’t for everyone, but here are seven lessons from polyamorous families that anyone might find helpful.

Expecting one person to meet all of your needs — companionship, support, co-parent, best friend, lover, therapist, housekeeper, paycheck, whatever — puts a tremendous amount of pressure on that relationship.

In their quest to maintain sexual and emotional fidelity, some monogamous relationships prioritize the couple ahead of other social connections. When this focus reduces other sources of support, it can lead to isolation — and the resulting demands can be too much for many relationships to bear.

By and large, that’s not the case for polyamorous people. Indeed, my study participants mentioned this as one of the primary benefits of being polyamorous: being able to get more of their needs met by spreading them out among multiple people. Sometimes they were lovers, or sometimes friends, family members, and ex-partners. The important thing is not the sexual connection, but the ability to seek and establish mutually supportive relationships beyond your partner. Allowing partners to form a range of relationships with friends and support circles can make life much easier for everyone. 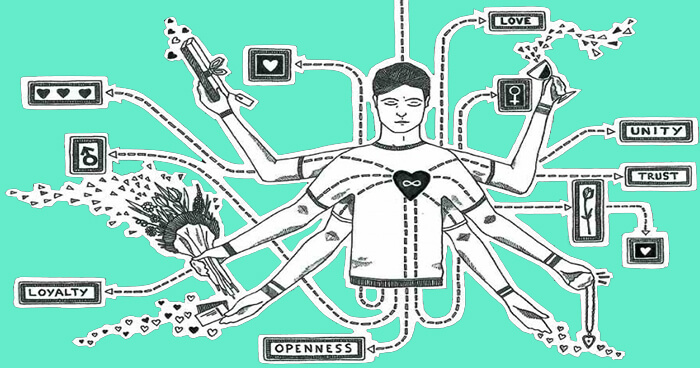 Establishing relationships outside of our romantic one helps us better meet our needs.

This process can also be good for children. “It gives my children a sense of community,” said Emmanuella Ruiz, one of my study participants. She continues:

They don’t have cousins or the typical biological extended family. But they have a big, happy, productive, healthy family nonetheless, and it is a chosen family. They know each person’s relationship to them, the same way they would know if they were first or second cousins, aunts, or uncles.

In serious relationships, giving up without trying hard to work things out can mean prematurely ending a good relationship that is simply having a difficult period. This is true for people in monogamous and serial-monogamous relationships, of course, which are more likely to last when both people put a lot of effort into the maintenance and sustenance of the relationship.

But polyamorous relationships require even more of this kind of work, because of their complexity. My participants report developing the skill to stay with a difficult conversation, even if it is uncomfortable. As one study participant, Morgan Majek, told me about moving from monogamy to polyamory with her husband, Carl:

It really opened up communication between us. Because we’ve been together for nine years and that was my biggest complaint about him was you don’t talk to me… So it created pain, but it really just helped us to learn how to be completely honest and communicate. And so it benefited us. 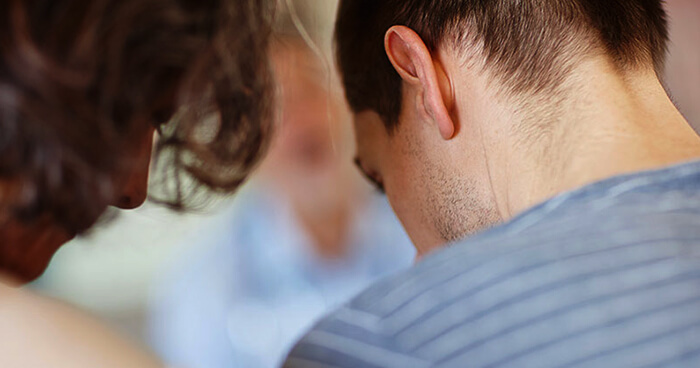 If we have a strong support network, we are more likely to work through the tough times.

People in polyamorous relationships are also more likely to seek support from others, something that could benefit and sustain serial monogamous relationships as well. When things get rocky, we’re prone to hide the trouble from friends and family. Polyamorists suggest an alternative: reach out to friends and community members for sympathy, support, and advice. Getting professional counselling or relationship coaching can be tremendously helpful in dealing with concrete issues and establishing patterns of communication that can help deal with other matters that arise over time.
[signupbanner]

In what can be a delicate balancing act, polyamorous people find that it is important not to drag things out until the bitter end, when partners have been so awful to each other that they simply must run away.

Instead, polyamorists suggest that it is better to recognize and accept when people have grown apart or are not working well together, and then change — not necessarily end — the relationship. “I am not best buddies with all my exes,” said study participant Gabrielle. But she doesn’t think of many of her ‘former lovers’ as exes at all.

We were lovers and now we’re friends, and ex just seems kind of a weird way to think of someone I’m close to and care about. The real difference here, I think, is that the changes in relationship tended to have a much more gentle evolution rather than ‘official’ breakups.

As a group, polyamorists don’t see families as ‘broken’ or ‘failed’ because the adults changed the nature of their relationship. When needs change, and so does the relationship, it does not have to be seen as a failure and no one has to bear the blame. From this perspective, gracefully ending or transitioning to a different kind of relationship can be a celebration of a new phase, instead of a catastrophe. 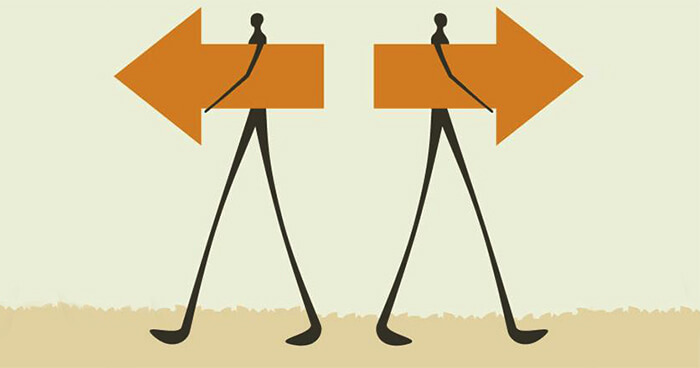 Know when your relationship needs to change or end, before too much damage is done.

4. Be Flexible and Allow for Change

This can mean shifting expectations and letting go of former patterns, which can be both invigorating and frightening. Adjusting in response to changing circumstances allows families to be resilient, and polyamorous families must routinely adapt to new familial and emotional configurations as they accommodate multiple partners. To manage their unconventional family lives, polyamorous families try new things, reconfigure their relationships or interactions, and remain open to alternatives.

“I guess I’m not necessarily what you would call normal, but who cares?” said Mina Amore, the teenage child of one couple I interviewed. “Normal is boring.”

With their many well-established roles and ingrained traditional expectations, people in monogamous relationships can find it more difficult to challenge entrenched patterns and do something completely different. Polyamorists often get help negotiating the changes by reaching out to trusted friends, a counsellor, relationship coach, or even a mediator — change is easier when you have a team. 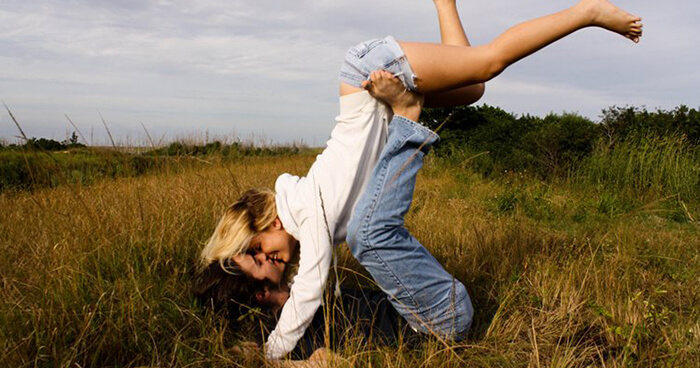 Being flexible in your relationships will make adjusting to change easier.

Polyamory is emotionally challenging, no question. Jealousy, insecurity, and other negative emotions are all a part of any romantic relationship. Instead of trying to avoid painful emotions, however, polyamorists try to face them head on.

People in long-term polyamorous relationships say that a combination of introspection and candid communication is the route to managing potentially challenging or painful feelings. Having to face their self-doubts, question their own motives, and consider their own boundaries often forces poly people to either get to know themselves — or to quit polyamory.

Encouraging — or even just allowing — a partner to explore personal growth can be difficult and frightening. What if they change so much in their growth that they no longer want to be in the relationship? That’s a possibility polyamorists try to face. “One of the main advantages is knowing you have choices,” says Marcus Amore, Mina’s dad. Polyamorous people often emphasize the important role that choice plays in their relationships. They explain how they continually woo and lavish their long-term partners with affection and attention, to foster the kind of loving environment that they choose to stay in, year after year. 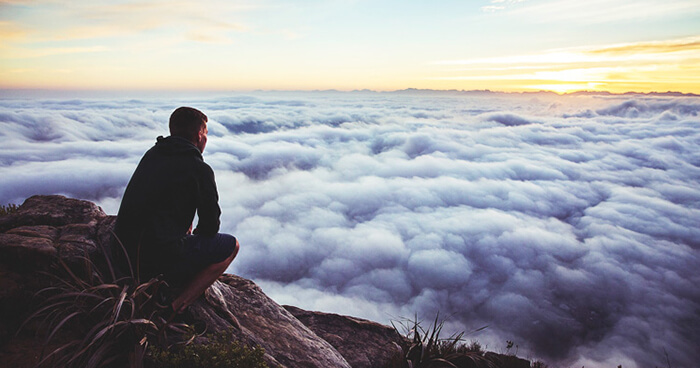 Allowing your partner to explore personal growth shows a deep love and acceptance.

Suppressing a partner to keep them from outgrowing their current relationship does not tend to work well as a long-term strategy because it fosters resentment and rebellion. That’s a lesson for monogamous people — to allow their mates to grow, and to pursue their own path.

Even though most people associate polyamorous relationships with sex, polyamorists frequently de-emphasize sexuality to help reconfigure and cope with change.

Emotional attachment is the glue that holds families together anyway, and while sex is good and helps people feel connected, it is not enough by itself to sustain a long-term relationship. Polyamory emphasizes that the end of sex does not have to mean the end of a relationship. Remaining friends is a real choice, and especially important when people have had children together. Children do not care if their parents have sex, and in fact, would much rather not hear about it or think of their parents as sexual beings.

Instead, de-emphasizing sexuality can allow family members to focus on cooperative co-parenting and remaining on positive terms. When people have treated each other with respect and allowed themselves to change, or leave a relationship that is no longer working before they do terrible things to each other, it makes it much easier to actually co-parent or even be cordial to each other. 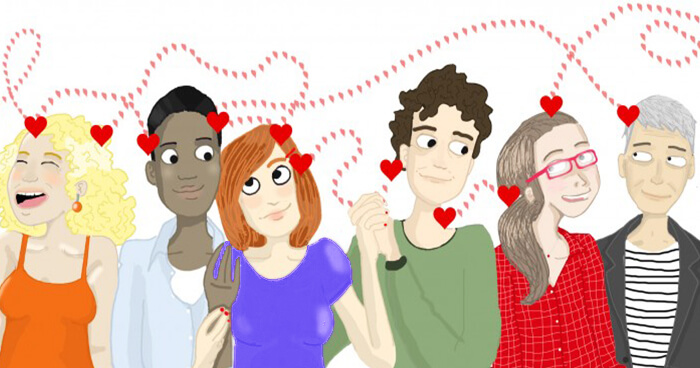 Another important element of de-emphasizing sexuality is the tremendous importance polyamorous folks often attach to their friendships and chosen family relationships. Emotional connections with intimates do not rely on physical sexuality. Monogamous people can also establish deep friendships that provide support, emotional intimacy, and meet needs.

Polyamorous people put a lot of emphasis on communication as a way to build intimacy, explore boundaries, negotiate agreements, and share feelings. Telling the truth is paramount to this process, as honesty forms the basis for trust. Trust helps people feel safe, which in turn builds intimacy, and (ideally) communication creates a positive feedback loop within the relationship.

Monogamous relationships have many social rules that structure the way partners are supposed to interact. Some of these rules encourage people to tell each other small lies to smooth over possibly difficult or hurtful situations. While diplomatic phrasing and empathy are important for compassionate relationships, these small lies that start out protecting feelings sometimes grow into much larger or more systemic patterns of deception. Both deceit and attack are corrosive to intimacy because they undermine trust and feelings of closeness and safety.

If you want to be close to your partner, tell the truth and create a compassionate emotional environment that is safe for them to tell you the truth as well. Gentle honesty may break well-established monogamous rules about hiding things from a spouse, but the outcomes of greater trust and intimacy can be well worth it!

What a bunch of crap. This has to be one of the most ridiculous articles I have ever read.