Learning and Laughing With My Inner Child

Watch with glittering eyes the whole world around you, because the greatest secrets are always hidden in the most unlikely places. Those who don’t believe in magic will never find it. — Roald Dahl

There is a photograph in my parents’ house of me and my brother as young children jumping on the bed, heads proudly embellished with underwear, faces beaming with pride and untamed joy.

While it is an amusing photo to look back on, to giggle at in embarrassment, it represents so much more than a mere memory. The photo captured a pure moment of play, a moment when we had no worries in the world; a moment when we adorned ourselves in the most precious of jewels when we were king and queen of the highest kingdom. In this photograph, all that mattered was the fun we were having in that moment, right then and there. We were living in the magical and timeless NOW.

Like the fading colours in the photograph, so too have the moments of wild laughter dimmed in our lives. The acts of silliness have slid slowly behind the paperwork. Study, work, bills, mortgages–these are now what consume our time. We no longer imagine ourselves as kings and queens of grand and carefree kingdoms, no longer feeling safe to be wild and silly and clearly outrageous.

Most of us don’t think much about this change in our lives. It’s just the natural cycle; the era for play is over, now is the time for responsibility and making the right choices in life. But is it?

As adults, we often see ourselves as teachers of the younger generation, but could we have it the wrong way around? What if the most important lessons in life come from the youngest among us? Those not yet laden with the worries of the world, who are still unmarked from the conditioning we all slowly but surely embrace as we grow up. Those who live life from their true essence, from the pure innocence of being. 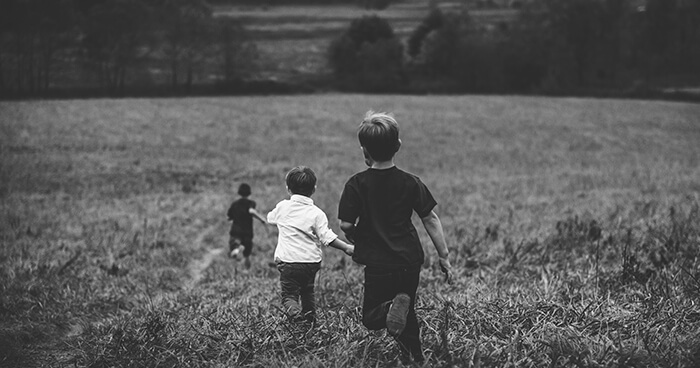 The era for play is never over.

Thinking back to my childhood, I realised somewhere in the depths of my memory bank, stored away in some forgotten compartment, there are many little insights. Valuable tidbits I held as a child, back before the adult brain kicked in and the overthinking that accompanied it.

The Innate Mindfulness and Resilience of a Child

Upon reflecting more deeply about the day that photo was taken, I realise that prior to the laughter, I had been nervous about my first day of school, angry my dad made me eat peas and upset Barbie was missing a shoe. As a child, I could release these concerns (no matter how minor they may seem now, they were real at the time) and just live in the moment.

This type of mindfulness is innate in children, an appreciation for the little adventures we forget to savour in our busy adult lives. We get so caught up in problems, we don’t see the wonders that surround us–even if they are only in our imagination; or maybe especially if they are in our imagination!

When I’m feeling frustrated with ‘adult life,’ I now take a moment to value something beautiful or special. I am often surprised by what I notice!

Isn’t it nice to think that tomorrow is a new day with no mistakes in it yet? – L.M. Montgomery.

“Will You Be My Friend?”

These words slipped almost thoughtlessly from a girl beside me, as she swung from one monkey bar to another. And so, as easily as that, at the tender age of six, a beautiful friendship blossomed. A bond that would last many years, despite the fact we came from very different backgrounds. 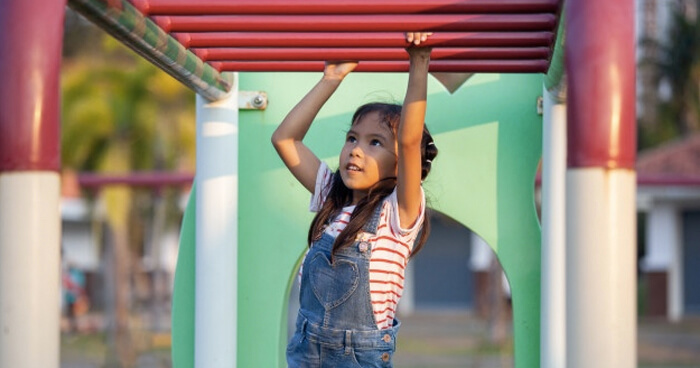 “Will you be my friend?”

As children, our friendship was natural and effortless. As easy as tumbling out of bed to meet a new exciting day. Yet, if we had met each other as adults, it is a sad truth that we probably wouldn’t dare to connect.

The possibilities for love, intimacy, and friendship are endless if we forget about the factors that divide us; where we grew up, what job we have, or the personal choices we make in our lives; and simply see each other as another soul who is likely longing for similar things, namely to be seen and loved and know that we matter.

The next time you are waiting for a train or your morning coffee, or checking out at the grocery store, consider offering a genuine smile or even striking up a conversation with someone near you. It might reach right to their heart and lighten their day. It might just be the act of kindness and recognition that gives someone the little hope they need for humanity, and it might make you feel brighter too. Even though I am inherently shy and an introvert, when I do this, it’s always a beautiful exchange. Love and happiness are not diminished when shared with another, rather they grow and blossom in both the giver and the receiver.

In the sweetness of friendship let there be laughter, and sharing pleasures. For in the dew of little things the heart finds its morning and is refreshed. – Khalil Gibran

It’s the question that drives every parent insane, but behind the annoyance of the constant bombardment of ‘why?’, lies an insatiable curiosity for the world. Why have we stopped asking ‘why?’? Let’s keep asking questions, let’s ignite our wild curiosity to know ourselves, to know others and to know this world. There is so much we don’t know! And even more that we don’t know we don’t know! We might discover great treasures and great adventures, and beautiful and simple alternatives to situations we initially thought were set in stone.

Being a Little (Or a Lot) Wild

Sometimes when I am home alone, I will shut the curtains and blinds, put on some wild, fun 80s and 90s pop music and jump around, dancing like a nutcase. I also laugh at my own jokes. But only when I’m quite certain nobody else is watching!

Children, on the other hand, have no inhibitions when it comes to being silly and laughing out loud. As we grow up, we all learn to be serious, responsible and dutiful. But too much seriousness can be detrimental to our health, spoil our fun, and derail our freedom of Being. 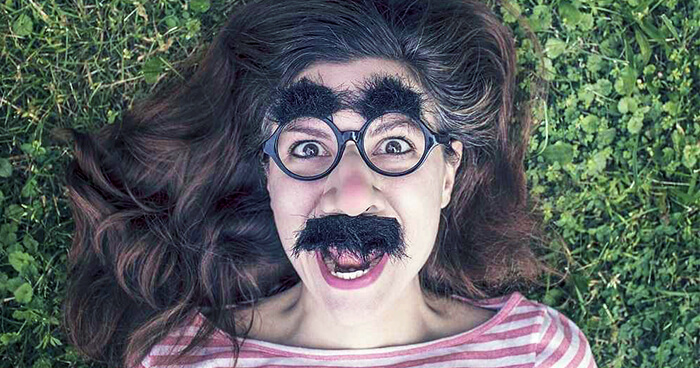 Be wild, be silly!

I have a friend who, when stressed, fakes a big smile and a belly laugh. She swears it helps her let go of what is troubling her momentarily. She believes that laughter therapy and releasing her whacky side can shift her mindset and silence her monkey-mind.

You’re mad, bonkers, completely off your head. But I’ll tell you a secret. All the best people are. – Lewis Carroll

Life isn’t as complicated as we make it out to be. Kids know this and have an inbuilt ability for finding simple answers to problems we grown-ups struggle with. Sometimes it’s best to go back to basics. Now when I am in a complicated situation, I call on my inner-child to see if she can uncomplicate things for me. Miraculously I usually get some simple solutions.

It is more fun to talk with someone who doesn’t use long, difficult words but rather short, easy words like “What about lunch?” ― A. A. Milne

This is Just the Beginning…

As you access your memory banks, you will likely find a storehouse of wisdom, inspiration, risky and daring but ultimately heavenly memories and insights you’ve garnered from your childhood or the youngsters around you. We invite you to share your thoughts and stories in the comments below, especially if they are going to make us smile or laugh out loud.

“And he has brains.”

There was a long silence.

“I suppose,” said Pooh, “that’s why he never understands anything.”

This is why I have so enjoyed a life of being a caregiver – to children, to adults with developmental challenges, and to dementia patients. I’ve always had a freedom. A freedom to play and be silly, and it spread joy. I found it to be a privilege.

Amazing great read! My inner child is helping me with so much transformation in the lifetime. Nice to add
additional resources of accessing fun present moment memories of this innocence within.

I don´t understand this. Its the problem of Uplift. Not mine! I`m still a child with 68! What is adult? Its what you make out of it. Be. Now. Happy.

Thank you for this beautiful article. Who is the author?

I love this article too. I have a cousin who was the closest thing to a sister growing up that I had. We laughed and got tickled at EVERYTHING! Now, we have both been through marriage, children, and cancer. But we continue to look back at the crazy and silly things we did when we were young. They aren’t funny to anyone but us, and our husbands think we are nuts when we get together, but I always feel uplifted after being with her. Yes, I remember those moments of pure, mindful joy and living for the moment. I try to go back there whenever I can.

I have a badge that says “It’s never too late to have a happy childhood”….

Also (in the UK), my children were part of the Woodcraft Folk from age 6 to 16 and I became a parent leader. One thing I loved about it was that within safe boundaries (for safeguarding, health & safety etc), the adults and children played cooperative games together, all having fun as equals.

I absolutely love this article. I myself am so young spirited (what people always say) and now I see why. It’s my inner child that loves to laugh and have fun. I don’t do well adulting honestly because I stress easy. Of course I am responsible but I’d rather be on a swing not overthinking or worrying about things or people. I love love love this article!!!

Matthew 10:42 NIV
And if anyone gives even a cup of cold water to one of these little ones who is my disciple, truly I tell you, that person will certainly not lose their reward.”

Matthew 18:3
And said, Verily I say unto you, Except you be converted, and become as little children then you shall enter into the kingdom of heaven.

Matthew 18:6 NLT
But if you cause one of these little ones who trusts in me to fall into sin, it would be better for you to have a large millstone tied around your neck and be drowned in the depths of the sea.

Matthew 18:10 NLT
“Beware that you don’t look down or despise on any of these little ones. For I tell you that in Heaven their angels are always in the presence of My heavenly Father.

Matthew 19:14 NLT
JESUS said, “Let the children come to me. Don’t stop them! For the Kingdom of Heaven belongs to those who are like these children.”