Joanna Macy on Finding Hope in the World

The problems of the world can often feel insurmountable and dramatically overwhelming. Too often people’s good intentions and heartfelt desires to create a better world are halted before they even get off the ground, demotivated and exhausted by a lack of hope or the possibility of failure. Yet, perhaps there is always hope, even in the seemingly most difficult circumstances. And not only is there the possibility of hope, but maybe we can and must actively cultivate hope as a way of creating positive action in the world.

Eco-philosopher, Buddhist scholar, and expert in general systems theory and deep ecology, Joanna Macy is a respected voice in the movements for peace, justice, and ecology, and has been actively working for a better world for over five decades. She is the main teacher of the Work That Reconnects, and has created a groundbreaking theoretical framework for personal and social change. She runs workshops based on her book Active Hope, co-written with Chris Johnstone, using a process of taking in a clear view of reality, identifying what we hope will happen and taking active steps to help bring that vision about so that we can face the mess we’re in without going crazy.

… there are no guarantees that we’ll be able to turn things far or fast enough to safeguard our civilisation, or indeed, to ensure the continued existence of conscious life on Earth. We will probably not know in our lifetimes whether we are serving as deathbed attendants to a dying world or as midwives to the next stage of human evolution. 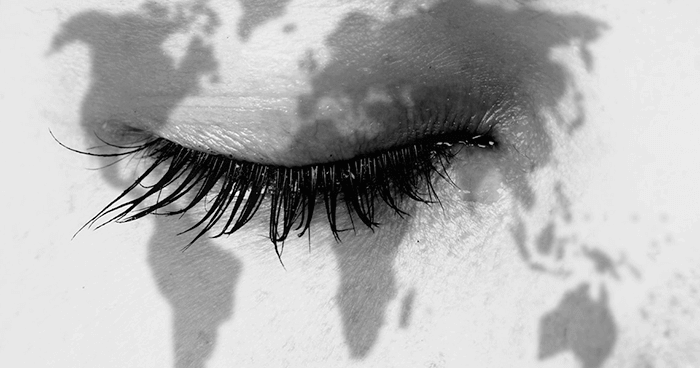 The problems of the world can often feel insurmountable and overwhelming.

In every situation, latent possibilities are waiting to come into being. In dreamy visionary states we get glimpses of these possibilities; when these visionary images land in us, they can work through us and take form in our actions. The same vision can catch several people and bring them together in a community of shared purpose. In this view, a visionary impulse is not something we invent; it is something we serve.

We live in an age of heightened political conflict, climate change causing natural disasters, and increased numbers of displaced people and refugees, along with ecological collapse, global pollution, species going extinct, and the horrors of animal agriculture. So in the midst of all that, a voice which brings together science and spirituality, and inspires hopeful action in the world, is massively helpful. But how do we actively cultivate hope?

Joanna Macy says that hope is not feel-good denial, cynical disengagement, and baseless optimism. She didn’t use the word hope for years, as she believed it distracted us from what we need to face. Today she believes we can shake ourselves awake, wipe away the film on our glasses that stops us from seeing clearly, and know what hope really is: a response to an inner calling and a caring for our world which has everything to do with linking our arms with other people. Joanna says the word hope has two different meanings:

The first involves hopefulness, believing our preferred outcome is reasonably likely to happen. If we require this kind of hope before we commit ourselves to an action, our response gets blocked in areas where we don’t rate our chances too high. The second meaning is about desire. It is this kind of hope that starts our journey — knowing what we hope for and what we’d like, or love, to take place. It is what we do with this hope that really makes the difference. Passive hope is about waiting for external agencies to bring about what we desire.

So if we want to be actively hopeful we must become active participants, creating change and bringing about what it is we are hoping for. 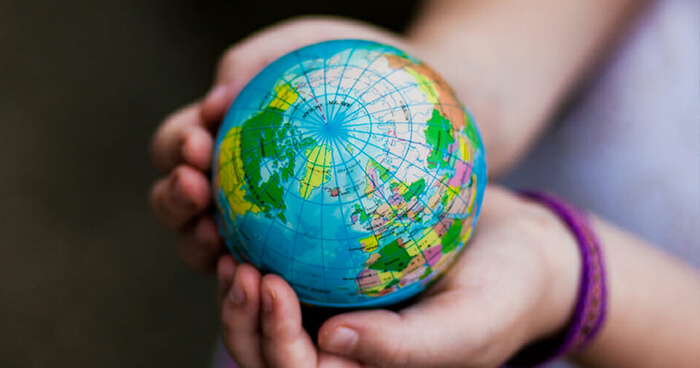 Hope is a response to an inner calling and a caring for our world.

Active Hope is a practice. Like Tai Chi or gardening, it is something we do rather than have. It is a process we can apply to any situation, and it involves three key steps. First, we take in a clear view of reality; second, we identify what we hope for in terms of the direction we’d like things to move in or the values we’d like to see expressed; and third, we take steps to move ourselves or our situation in that direction.

Since Active Hope doesn’t require our optimism, we can apply it even in areas where we feel hopeless. The guiding impetus is intention; we choose what we aim to bring about, act for, or express. Rather than weighing our chances and proceeding only when we feel hopeful, we focus on our intention and let it be our guide.

Today’s problems seem insurmountable, and irreversible, such as global plastic pollution which is threatening to choke the natural world. We can drown in the hopelessness of the truly enormous and grave issues facing the world today. Sometimes things in the world can appear massively unhopeful, even disastrous, but this may not, in fact, be the case and it could be just what we need to become even more actively hopeful. Joanna Macy refers to the concept of discontinuous change which can happen suddenly:

If we look at change as something that happens incrementally at a steady, predictable rate, in which the progress–or lack thereof — in one decade gives a measure of what is likely to take place in the next, we can get very discouraged. But along with continuous change, there is also discontinuous change. Sudden shifts can happen in ways that surprise us; structures that appear as fixed and solid as the Berlin Wall can collapse or be dismantled in a very short time. An understanding of discontinuous change opens up a genuine sense of possibility. 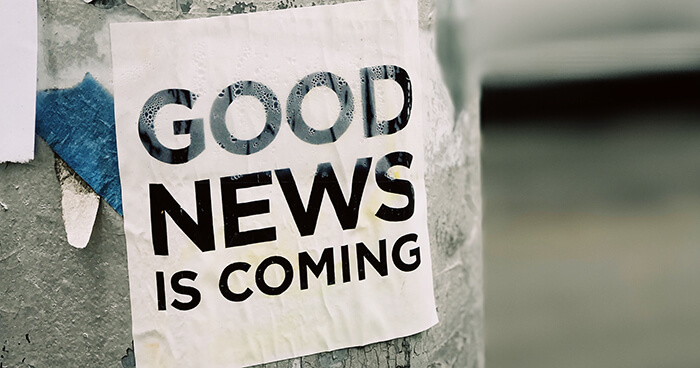 Active hope is a practice.

All the incremental positive actions we’ve taken may seem significant, but they are often built upon gradually and then when things reach a climatic point there is an extraordinary and dramatic shift, that happens as if out of nowhere. Take the collapse of the Berlin Wall, the end of apartheid (after 100 years of campaigning by the ANC), or the sudden change of heart in North Korean leader Kim Jong-un who is engaging in peace talks and a summit after decades of non-cooperation and nuclear proliferation. Joanna Macy refers to these dramatic shifts as crossing a threshold where suddenly something different occurs, instead of more of the same and we leap to a new set of possibilities. We can see this clearly in nature:

Consider what happens to a bottle of water when it is left in the freezer. As it cools down, there is a steady continuous change in its temperature. The water won’t change much in appearance until it begins to get near the critical threshold of its freezing point. Then, as it passes this, an extraordinary process happens. Tiny crystals form, and when they do, other crystals form around those crystals, until there is a mass movement of crystallisation in the water that rapidly changes state from liquid to solid. This is discontinuous change.

We might think it impossible that a small amount of water could crack something as hard as glass, but as the ice expands, it breaks the bottle. Even when we don’t see a visible result from our actions, we may be adding to an unseen change that moves the situation closer to a threshold where something crystallises.

During an intensive workshop by Joanna Macy, a monk asked her if she would be giving participants vows, as in the Buddhist tradition. She apparently said no, but went on to contemplate his question, particularly as he had expressed how incredibly useful he finds vows as they help you to channel your energy into an intention of what you really want to do. After contemplating the notion of vows, Joanna Macy figured if she gave anyone vows, she would only give five vows, the numbers of the fingers and thumb on one hand. Immediately the following beautiful and potent five vows came to her. 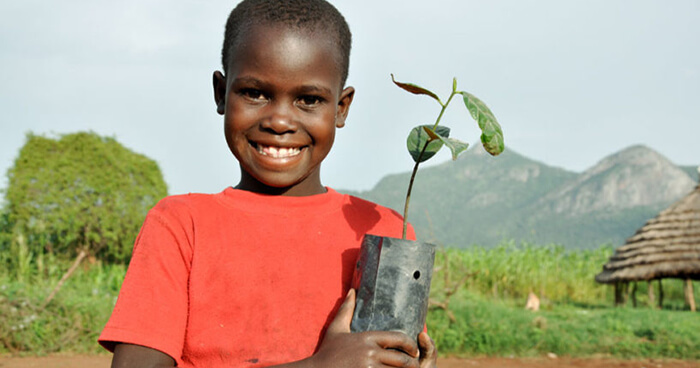 Together we have a real possibility of creating a better world through active hope.

I vow to myself and each of you:

To commit myself daily to the healing of our world
and the welfare of all beings.

To live on Earth more lightly and less violently
in the food, products, and energy I consume.

To draw strength and guidance from the living Earth,
the ancestors, the future beings, and my brothers and sisters of all species.

To support each other in our work for the world
and to ask for help when I feel the need.

To pursue a daily practice that clarifies my mind,
strengthens my heart and supports me in observing these vows.

These vows are an amazing intention and code to live by for anyone who wants to be a conscious, ethical and active participant existing in harmony with the natural world and all beings.

If you feel uncomfortable with the notion of vows, Joanna Macy has this advice:

We need to choose terms that ring true for us. Rather than using the term ‘vows’, we can, if we prefer, call them ‘commitments’ or ‘statements of intention.’ They offer an anchor point reminding us, again and again, of the purposes we hold dear and the behaviours that support us in serving them.

Imagine a world where each one of us made a commitment to live in support of each other and the Earth, where we each strove to foster a better world for all beings, as one family. This is a world I want to live in, and a world I want to help create. And using the principles of active hope, together we have a real possibility of creating such a world.

Joanna saved my spirit with her story of the three worlds we live in. The old industrial, commercial world, the great unraveling world ( where we see everything falling apart) and the Great Turning where we work to create a sustainable life giving world. Thanks a Joanna for active hope.