It’s Not all About Death: Conversations with Patients in Palliative Care

Welcome to UPLIFT
Loving Yourself
It’s Not all About Death: Conversations with Patients in Palliative Care
A Snapshot of End-of-Life Care

When I introduce myself to a patient as a palliative care doctor, the question that often follows is: “Am I dying?”

I guess in one sense we’re all dying. In this case, though, the question implies an immediacy. Yet, working in palliative care involves surprisingly little immediate dying.

Yes, we work with people who have incurable illnesses, but their prognoses vary between weeks, months and even years. And we see other patients potentially being cured but who experience significant side effects from treatment.

Our team works in clinics, in the hospital, out in the community, at the chemotherapy centre, and in our palliative care or hospice units.

Here is a snapshot of the conversations I have in a working day, and they involve discussions of life far more than they do death.

Keith visits the clinic every two months. “Hey Doc, I ain’t carked it yet. Bloody cancer is lazy.”

“The cancer must be waiting for the Tigers to win the premiership,” I reply.

Keith is in his late 70s and describes himself as having “a good and slightly mischievous life.” He has colon cancer, which has spread to his liver and lungs. 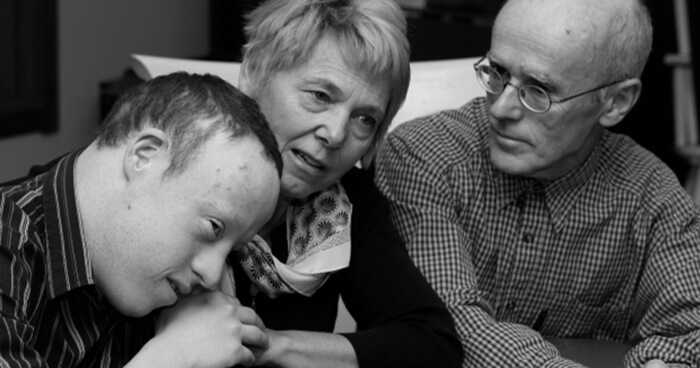 Initially, he had chemotherapy but experienced significant side effects, requiring two hospitalisations. He then decided the most important thing was enjoying time with friends, family and his two dogs, so he opted to cease chemotherapy.

Our palliative care team saw him on his second visit to hospital to address his pain. Keith visits the clinic every two months to manage his appetite and fatigue, and discuss progress and his choices for the future.

As a doctor, knowing what people want is of vital importance. And these discussions are valuable for us to gather the kind of information we need, to know exactly what treatments to provide for that person.

Family members report less distress when they know what kinds of treatments their loved one wants–as they aren’t shouldered with the burden of making difficult decisions at emotional times.

Advance care plans, which set out the patient’s preferences, are invaluable in this instance, for both family members and doctors. Their value is in allowing that person the agency of control, especially when their life is not being dictated on their own terms.

Keith will die, maybe in two months, maybe in ten. The conversation today is not about that though. Right now, Keith struggles with fatigue and poor appetite, which we discuss in detail. “I feel OK at the moment and can deal with feeling a bit crappy at times, especially with having all the family around.” 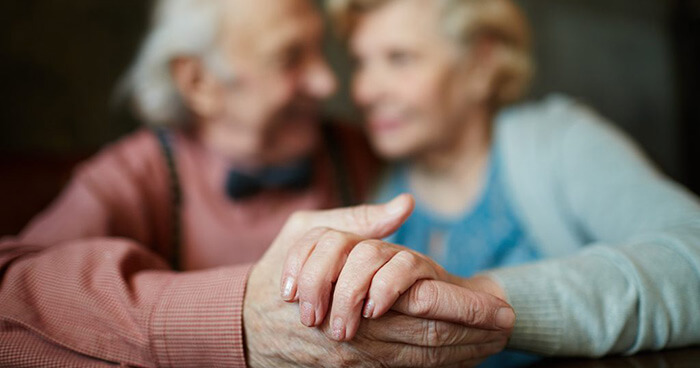 Keith discusses his love for his children and Richmond’s forward line. We talk about some ideas for his appetite and organise prescriptions for an upcoming holiday with his wife.

Christos breathes deeply on his way to the chair. Greetings wait until he has had time to catch his breath.

“Well, I ain’t done much since I saw you last month. But no visits to hospital, so not all bad. Still feel crap though.”

Chris has been a heavy smoker since the age of 14. He is now 58 and struggles to walk 20 metres or dress himself. He lives alone in a nearby council flat, which he rarely leaves. Life is a constant struggle.

He has end-stage lung disease from smoking and is a frequent visitor to the emergency department during infections. He visits our clinic monthly to manage his breathing and anxiety, and to organise home nursing support, all of which can improve his quality of life.

Chris is not dying. We expect he will have further lung infections in the near future, which he may survive, or he may die from.

“My sister keeps giving me grief about smoking. I have told her my lungs are already stuffed, so what’s it going to matter? Do you reckon I should quit?” Chris asks.

“It depends on what you want,” I answer. “Quitting might slow down the process of your lungs deteriorating, but it probably isn’t going to make your breathing much better.” 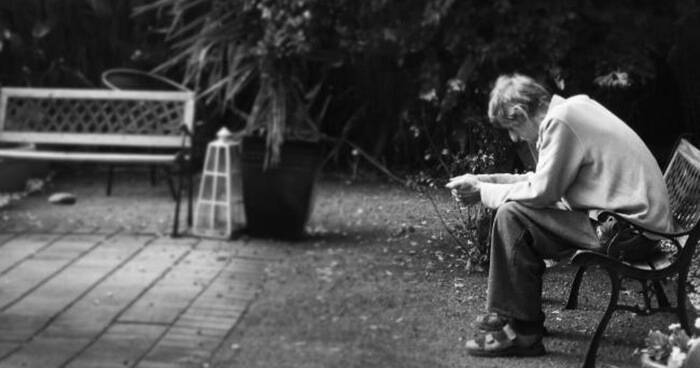 Life is a constant struggle for some patients. Image: Carlos Furtado

“So I will live longer?”

“Bugger that!” Chris exclaims. “I can barely look after myself now. Why would I want to extend that?”

“Do you enjoy smoking?” I ask. Smoking is Chris’s choice, and it may give him pleasure in the short time he may have left.

Sharon is in her late 40s and has spent much of the last few months in and out of hospital. For most of the last decade she has been ‘fighting’ metastatic breast cancer, which continues to progress despite trying every available treatment.

As a consequence of chemotherapy she suffers from severe heart failure, causing her to be profoundly fatigued.

“I am feeling so much better today; definitely will be going home tomorrow,” she states as I enter the hospital room. “If I keep getting stronger we can hopefully look at another chemo or a trial in a few weeks.”

“Great to hear you are feeling better, Sharon. How are the family?” I ask.

I have met Sharon’s husband and two teenage children a number of times. They are struggling to keep their lives together while having a wife and mum who is deteriorating. They know she is dying, but feel unable to talk to her about it. 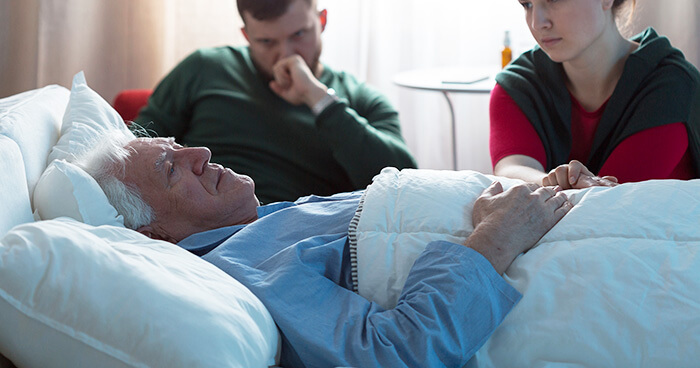 Families sometimes feel unable to talk to their loved one about death.

I have talked to Sharon’s oncologist, who has discussed with her there are not any more treatment options for her cancer. Right now, Sharon struggles to get out of bed. Further chemotherapy is likely to make her very unwell or even cause her death.

Balancing these hopes with realities is immensely difficult. It would be cruel to destroy hope, but it would be equally cruel to pretend everything would be just fine.

“What are your thoughts if there aren’t any more chemo options?” I ask.

“Good on you, Sharon, let’s focus on that. Some people might want to also discuss their plans if things don’t go so well. Is that something you might want to chat about?”

“No thanks, not for today. Today is a good day.”

These are interactions dealing with the most difficult of topics, our own mortality. The most important aspect of these conversations is understanding what that person wants, now and in the future. And, to be honest, I wouldn’t know what I would want were I in their shoes.

I can’t presume to know for them, nor should we as health professionals try. I don’t know what it is to struggle constantly for each breath, or to want another hour with my children. 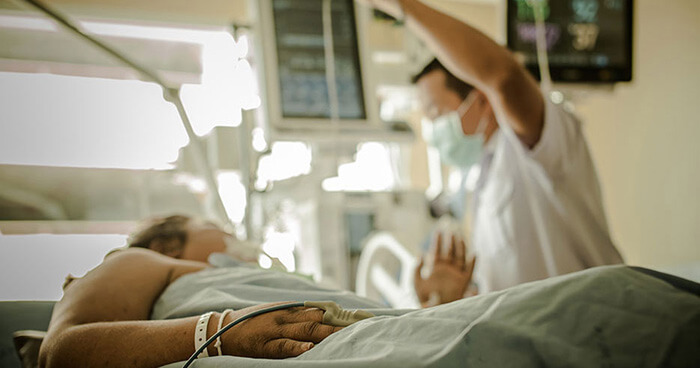 Conversations help in understanding what the patient wants, now and in the future.

We may be able to answer conclusively that further chemotherapy or cardiopulmonary resuscitation (CPR) will not help Sharon. But in her situation, she might cling to any chance that would mean spending more time with her family. ‘Fighting’ may be a coping mechanism for many, especially when they may see no way out.

Not everyone will feel comfortable talking about their future treatment plans like Keith. It’s important I allow Sharon to decide whether or not she wants to talk about a future where she dies, just as I shouldn’t necessarily dissuade Christos from smoking if it gives him pleasure.

Engaging in these conversations is the most important part of my job. Some people do not want to discuss what might be impending, while others may make decisions we might consider foolhardy. That is their choice.

That’s a very healthy outlook Donna, many of us have different feelings and understanding about Death. A forward approach would alleviate a lot of anxiety and mystery surrounding this delicate topic.
I really wish we all could accept death and be mentally and spiritually
Ready for what is a natural process, as what birth is.
The more we talk about these things the more we can dispel and filter
Through to the crux of what is important to us at that time.

I agree that empathising with people & respecting their choice to discuss their mortality or not is the right way to support them during end of life care. Somehow though it seems a very limited & hollow choice & I can’t help wishing our society had these conversations at a much earlier stage in life & that death & dying well with dignity was treated as another important part of the life experience. Just imagine if we put the same preparation into dying as we did for birthing.