Is the Power to Heal Ourselves Increasing?

BY Jacob Devaney
Welcome to UPLIFT
Loving Yourself
Is the Power to Heal Ourselves Increasing?
Is This the Prescription of the Future?

Researchers are perplexed by recent studies that have placebos performing very well compared to new and experimental pharmaceuticals. Meanwhile, the science of Psychoneuroimmunology (PNI) is echoing what mystics and shaman have been saying forever which is that we have untold powers to heal ourselves!

This coming together between the spiritual and scientific communities shows an unprecedented opportunity for humans to embrace vibrant, healthy, thriving lives. Recent research on placebos comes from McGill University and is published in Pain, the Journal of the International Association for the Study of Pain. I first learned about this in a wonderful article by Carolyn Gregoire in Huffington Post titled, Placebo Effect Puzzle Has Scientists Scratching Their Heads.

The ‘Sugar Pill’ is Working

The analysis revealed that in U.S. trials conducted in 1993, pain medications were rated to be an average of 27% more effective than placebo pills. In the 2013 trials, however, the pain medication was only 9 percent more effective than the placebo. The difference wasn’t attributed to decreased effectiveness of the medication, but instead to a greater response to the placebo. In other words, the sugar pill has become nearly as effective as medication in alleviating pain. – Carolyn Gregoire in Placebo Effect Puzzle Has Scientists Scratching Their Heads. 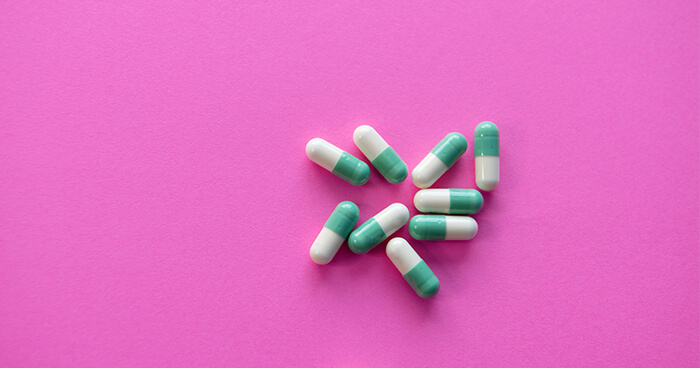 Placebos are showing us we have the power to heal ourselves. Image: Christina Victoria Craft

The above study focused on pain-killers, but similar results have been observed for anti-depressants. With more than one in five Americans taking mental health drugs the number of people seeking alternatives and preventative measures continues to grow. Yoga, meditation, healthy diet, and exercise do not come in the form of a pill but tend to address the larger picture of wellbeing that is too often overlooked by the medical establishment.

Although placebo may not be a viable treatment option, there are other treatments that on average work as well as antidepressants, [such as] physical exercise and cognitive behavioral psychotherapy. As far as we know, these alternatives don’t make people worse. – Irving Kirsch, Time Magazine

Tuning into Our Trauma

All of this points to the innate ability our bodies have to self-regulate, seek balance (homeostasis), and heal. You would think that we would be eager to listen to our own bodies when they speak to us through symptoms, yet we usually do the exact opposite by numbing the pain or ignoring what we feel. Peter Levine, author of Waking the Tiger, is an expert in trauma resolution and a lead voice in field of Somatic Experiencing, which invites us to tune in to our bodies as well as our emotions in order to reclaim our health.

Through hundreds of hours of client sessions, Levine began to witness how clients’ bodies told their stories of trauma, even if the clients had no specific memories. Once Levine guided them into the sensate experience of trauma, the body then took over and finished what was unprocessed, or incomplete. Clients receive the added gifts of increased body awareness, a stronger connection to self, a shift in deep-seated patterns, a more regulated nervous system, and a sense of mastery.

Why do humans need to be guided at all? The biggest obstacle is how inattentive and unfamiliar we are with our physical sensations. Our big, sophisticated brains constantly out-think and override our bodily needs. We are trained to ignore signs of hunger, pain, discomfort, injury, danger, as well as pleasure, saturation, and fulfillment. What’s astonishing is how forgiving and responsive the body is. As soon as we tune into it, shifts begin to happen. – Peter Levine

Prescription of the Future

The mind, our beliefs, emotions, and lifestyle play a much larger role in our wellbeing than we tend to recognize. While researchers are wondering how to avoid the dreaded monkey-wrench of the placebo effect in testing new drugs, the general public is recognizing that taking charge of ones health doesn’t need to always start with a call to the doctor or a new prescription.

As Carolyn Gregoire underscores in her Huffington Post article, “If the placebo effect continues on its current trajectory, American pharmaceutical companies may find it increasingly difficult to get consumers to buy new drugs.”

By learning the bodymind language of symptoms and illness you can learn what is being repressed or ignored in your psyche and emotions and the affect this is having on your physical body. – Deb Shapiro, author of Your Body Speaks Your Mind

Popular books like Your Body Speaks Your Mind are a significant indicator that a new paradigm in health is upon us. Science and spirituality, like the brain and body have lots to gain by embracing the wisdom that the other has to share. We are evolved enough to know that the answers we seek aren’t always either/or.

A balanced and holistic approach is a prescription for wellbeing. So keep your doctors number close by but also take the power of your health into your own hands. Your body will thank you for listening to it, your emotions will release freely when they feel welcome and your quality of life will increase. Placebos may not be the miracle cure after all, but what they might be showing us is that we already possess an untold capacity for self-healing.

i too strongly believe in self -healing.and it always works for me!!!Takes time ,yes. But one fine day u realize ur problem is no more.Major health issues have healed and i’m currently working on reversing diabetes!!!feel very strongly that one fine day i will free myself from diabetes too!!
Taking medicine actually poisons the system.Our body systems get upset by the chemicals and more problems crop up!
Listening to our bodies is the best thing to do!!Emergencies apart…it pays to let our body heal itself!Our minds are so powerful.

Facts are there. Time to return to ancient ways and close down pharms.

Self-healing in body, mind, brain, heart, past,
present and future is possible. Self-awareness, self-love, self-care and
self-integrity is paramount in obtaining the clarity of truth needed to
actually stop long enough to FEEL one’s whole person: Body, Mind, Heart,
Memories and Spirit. Feeling, hearing, learning, trusting Self is possible and
when this is believed and allowed, supported and enjoyed…. life is fearless,
healthy and freeing of illness and every dis-ease!

Teaching Self, learning to feel, trust and
activate Peace is from within. I have healed a torn meniscus in each knee, and
actively healing seven bulging discs from my neck to my lower back. Plus,
healing a broken heart, and a distorted ideology and distorted identity, with
all the memories that were unsupported from a childhood of severe neglect and
abuses…. all via learning “Self, Feeling Self, Knowing and Trusting
Self” above all things.

It took me much research, much study, and
learning my Whole person on my terms: physiology, psychology, ‘religion,’
brain, heart, and how all works and reacts to one another, outward and inward
from mind/heart to body, and back.

To thine own self be true, and it will
follow…. doing is believing. We live what we believe. What manifests is what
we are inside.

What do you believe, and why? 😉 Is that your
belief, group think, or handed down via ‘others’ who ‘know better about YOU?’ Know
and love Self: The only way out ‘alive!’

Medicine does not heal or cure. Medicine provides therapeutic treatments (whethet drugs, PT, or surgery) to condition the body so that the immune system will function more efficiently. The body heals itself, that is what the body does, if it is functioning properly, without the stress of dis-ease.

Thank you. This is most encouraging.

I believe in the healing power of the mind and the power of the unruly mind to invite diseases of various kinds into our body. Belief that a placebo can heal us, should let us know we don’t need the placebo — only faith is necessary. “By your faith you are healed,” said Jesus to one of His patients.