Is Free Will an Illusion?

BY Anna O'Faolan
Welcome to UPLIFT
Is Free Will an Illusion?
How You Can Gain More Control in Your Life

Sit and think on it for a few moments, and see what happens. Does a clear and decisive answer spring to mind, followed closely by mild indignation? But of course I have free will, you say, why would you suggest otherwise? Or do you feel dubious from the outset, unsure of what the question really means?

The concept of individual free will has been central to philosophical debate and theological discourse for hundreds of years. Many minds have turned this one over, and while they may not have agreed on the answer, what they have agreed on is the importance of the question.

The idea that we may not possess free will is unsettling. And the longer we sit with the question the more complex it becomes. The fact is, civilisation as we know it is built on the idea that we are individual agents with a capacity for free will. As such, we can make a decision to follow this or that course of action without external coercion. We may not always be able to act on our decision due to conditions beyond our control, but we have the freedom to desire that action.

The notion of free will has been vigorously debated, and is subject to countless modes of interpretation, but primarily centres around three schools of thought. 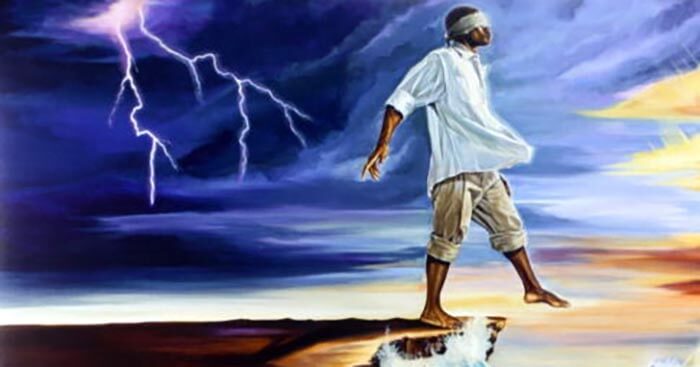 The idea that we may not possess free will is unsettling.

Free Will, Determinism, and Indeterminism

Free Will disciples would argue that we have ultimate control over our behaviour and hold ultimate responsibility. Determinists would say that everything, including our very perspective on free will, is already determined by a prior cause, and indeed that the world as we know it could only have ever evolved in exactly the way that it has. The indeterminist or ‘soft determinist’ would argue that while certain factors do pre-exist, we can still, as individuals, shape the course of our lives, by exercising conscious thought and action.

Guests at the table of this discussion include, well, pretty much everyone. The philosophical, the spiritual, the political have all had their say. And yet the answer remains elusive.

So can this issue be resolved with science?

Scientists have now taken the debate to the next level. As technology advances, we find we have acquired the ability to delve into the actual depths of our psyche, literally.

Some neuroscientists argue that we are all just a bundle of electrical impulses and our behaviour is 100% predictable. In fact, in the 1980’s, a neuroscientist named Benjamin Libet conducted a series of experiments which famously claimed to have proven that free will was simply a trick of the mind. The Libet experiments were able to show that activity occurs in the brain a fraction of time before we act on it. According to Libet, our brain decided for us and we acted on impulse, only later coming to believe we had chosen the action. This outcome, while widely regarded, for a time as evidence, has now taken its place amongst the fascinating array of theories. Many neurosphilosophists are unconvinced that this detectable activity in our brains can actually prove that no level of consciousness was involved in the decision. Perhaps, they surmise, the formula is more like subconscious activity – the brain is activated, action is taken, and finally post action reflection, or conscious thought.

The subjective nature of this question returns even the sharpest of modern minds to the quandary of ancient thinkers. And thus, the debate becomes again a philosophical one. 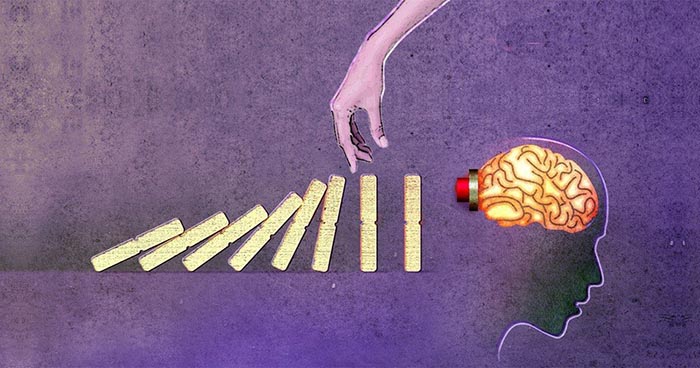 Scientists have now taken the debate to the next level.

If we travel back in time to Ancient Greece, we will find ourselves in the midst of lively discussion around the fundamental qualities of the human condition. There were arguments on the topic even then, with those arguing both for and against the existence of free will. While the context of these arguments was vastly different, the basic premise for the argument had begun. In Ancient times, the fate of humankind was still believed to be closely linked to the activities taking place in the cosmos. Philosophers sought to make a break with this belief in a pre-determined fate, by establishing the existence of logic, declaring that an individual had both free will and moral responsibility, and that all was not in the hands of chance.

Interpretations of the notion of free will have been central to the doctrines of religion, ethics, and politics, and have remained fundamental to modern society. Here in the 21st Century, the national psyche of many countries becomes cohesive when we begin to talk about free will.

As Barack Obama wrote in The Audacity of Hope, American “values are rooted in a basic optimism about life and a faith in free will.”

So what would it mean for the collective psyche to discover free will was an illusion?

Modern scholars have concluded that if we were to take our belief in free will away, our society would crumble. Philosophy professor, Saul Smilansky, draws attention to the alarming concept that “We cannot afford for people to internalize the truth” where this matter is concerned.

Is it possible that we being kept in the dark about this, and merely fed an illusion? The question is for each of us to answer. Even if science can prove that we do not exercise ultimate freedom of will, to what degree do we allow this to affect our lives? If we believe we have a degree of free will, then we have entered into an act of free will, despite the possibility that this act may be, indeed pre-determined. And, if we are merely a bundle of neurochemical synapses, then can those not be ones which become ever better at behaving with awareness, compassion, creativity, and intelligence. Better at speaking the truth and loving completely, to be neurons that know themselves and are able to accept themselves, and still keep the window ajar for spontaneous and unexpected moments of magic to appear, because they always do. 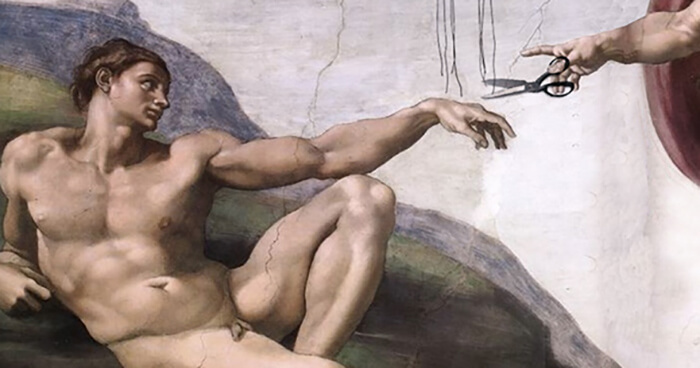 In Ancient times, the fate of humankind was still believed to be closely linked to the cosmos.

Maintaining Free Will in the Free World

In the modern world, a healthy conception of our own free will allows us a sense of personal significance, purpose, and identity. As our external world becomes more unstable, the idea that we have personal control becomes vital to our collective emotional well-being. We can choose our own adventure. Where we live, who we love. Free will is dignified, empowering. It allows us to outrun prior life traumas, re-invent ourselves, and may have us thinking for a moment, that maybe, just maybe, we could even outrun death. Yep. Free will is cool. All hail the iconic heroes of independent thought. No one told them what to do, they did it their way.

Yet most of us ‘choose’ to use our will responsibly. As children, we learn of the impacts of antisocial behaviours (such as greed, aggression, and selfishness) and move towards socially positive behaviours (like sharing, kindness, and empathy). The notion that we can control our behaviour is central to our social and emotional development.

As adults, we find we have more choices than ever before. Many of us are no longer defined by age, race, or religion. Women are free to pursue careers. Same sex marriage exists in many countries. We can choose lifestyle, our own spiritual path, and whether or not to have a family. Changes in career are common, anyone can be a celebrity, and relationships are no longer expected to last forever. Society has expanded to become inclusive of a greater range of personal freedoms, and in doing so, gives support to the idea that we do have free will. 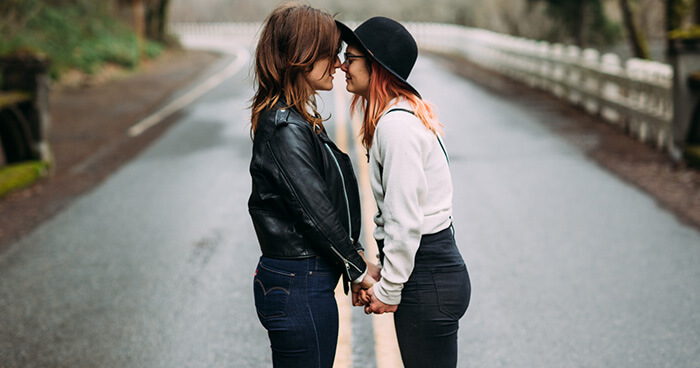 We have more choices than ever before.

Indeed, the fundamental social media mantra reverberates around personal choice. We can have more of what we want and less of what we don’t. We can make a good choice, a healthy choice, the right choice, the choice is ours. These changes are indicative of how important it has become to us to keep hold of this belief.

But does greater personal freedom mean greater free will?

As many people are aware, the very technology that sets us free is designed with an agenda. From planned obsolescence to behavioural targeted advertising, we are tracked wherever we go now. If we let ourselves, we would consume just what we’re told.

If you feel like you have less control over your life than you would like, there are many things you can do to rebalance. Here are just a few. 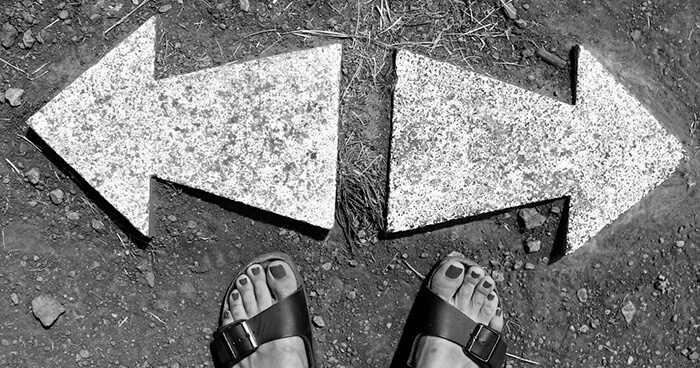 The choice is ours.

How to Gain More Control in Your Life

While the debate swells and breaks on either side, taking the middle path is a life affirming option. To understand that we are shaped by our biology, environment, subconscious and energetic forces, does not mean we relinquish our free will. Rather, it is liberating and healing to recognise our limitations and practice self-compassion. Our many complexities are then free to live side by side, harmoniously, while we remain at the helm.