Aboriginal healers are bringing their 60,000-year-old tradition into medical clinics across Australia. Working alongside doctors and other health care providers, the traditional healers known as Ngangkaṟis are offering their ancient and powerful traditional healing methods in mainstream health settings.

Traditional healers have been working in their own communities for thousands of years with amazing results, and now they are sharing their wisdom and filling the gaps of Western medicine in South Australia’s Royal Adelaide Hospital and many other rural clinics around the country. In South Australia, a policy of cultural respect in the public health system supports Indigenous patients to request a Traditional Aboriginal Healer and so today we can see Aboriginal traditional medicine and Western medicine working hand in hand.

It all started nearly seven years ago, when in 2012 the Aṉangu Ngangkaṟi Tjutaku Aboriginal Corporation (ANTAC), the first organisation of Aboriginal traditional healers in Australia, was set up by 18 registered Ngangkaṟi healers. This was the first official organisation of traditional healers in Australia. The group comes from the Central Desert and are hoping their work will inspire other Indigenous healers from around Australia to do the same.

The not-for-profit social enterprise supports the maintenance and practice of the Aboriginal traditional medical knowledge system today. ANTAC is the result of a shared vision between Dr Francesca Panzironi (an Italian researcher) and the Ngangkaṟi from the Aṉangu Pitjantjatjara Yankunytjatjara Lands (APY). 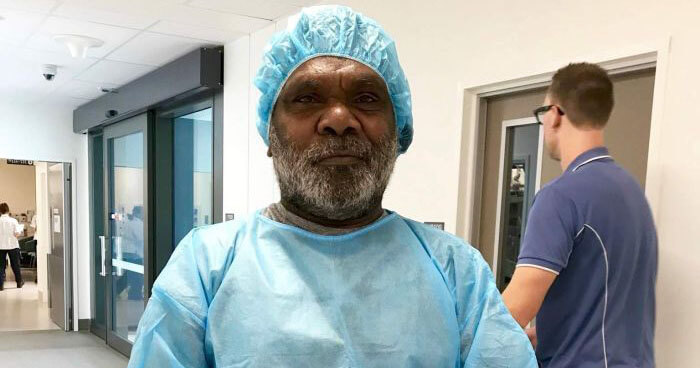 ANTAC representatives say: “We came together to bring Ngangkaṟi’s healing to communities, families and individuals and reach out to as many people as possible.”

ANTAC Chief Executive Dr Panzironi is passionate about bringing Indigenous wisdom to more people, and has authored a report: Hand in Hand. Report on Traditional Aboriginal Medicine, establishing the foundations for the recognition of Aboriginal traditional medicine in Australia and proposing its inclusion in Australia’s national health care system. When she came to Australia to study how international legal standards related to Aboriginal traditional medicine, she was amazed at the lack of research or recognition of this 60,000-year-old body of knowledge. With her vision, today this is changing. The Ngangkaṟis are involved in outreach work and Dr Panzironi heads a team of Ngangkaṟi visiting major hospitals and rural clinics in Victoria, New South Wales, South Australia and Western Australia.

For Indigenous people, seeing an Aboriginal traditional healer is vital to better health care. It supports them to be in touch with their culture, feel safe and comfortable and to trust the care provided. Health care providers have found more Indigenous people are coming to clinics now that they have the option to see a Ngangkaṟi. In a country where there are significant gaps between Indigenous and non-Indigenous health, and the vast inequality includes shorter life expectancy, higher rates of infant mortality, poorer health and lower levels of education and employment, it is critical to support Indigenous health. 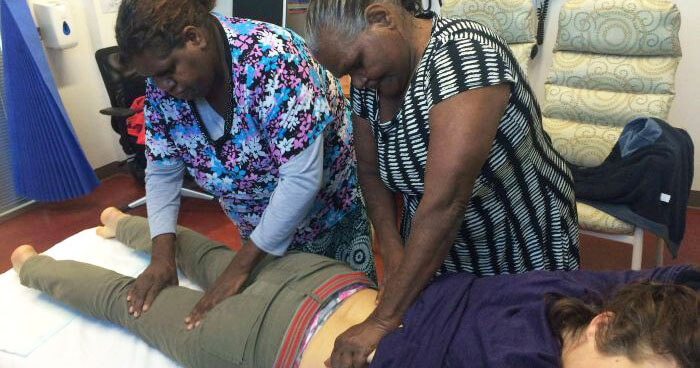 The healer identifies where the issues are and, through a specific method of healing, which is called panpooni, they take away whether it’s pain, a blockage, or some kind of obstruction, with their hands.

Ngangkaṟi doesn’t aim to replace Western medicine, they complement the work of Western doctors and bridge the gap of understanding of Indigenous patients and illnesses that are associated specifically to our lands. ANTAC believes traditional healers can play a vital part in the effort to close the gap in health outcomes between Indigenous and non-Indigenous people in Australia.

Ngangkaṟi use traditional natural medicines to cure ailments, which is similar to the way Western medicine works but without medicines made in a lab. No matter how different the techniques may be, the results speak for themselves, and hopefully going forward more and more traditional healers will be available in mainstream settings.

Where traditional and modern medicine meet

This is very informative.I am from India,hence I have experimented it.I am also a spiritual advisor of 72 year.Great job to revive faith in these ancient methods
Dr.J.L.Sharma

That is good to know but also be aware of the mexican and latino.. curaderos… hueseros..healers and bone doctors who can locate and take away your chronic back pain or anything else by massage and touch even if they themselves are intoxicated …

My grandma was a Cunanera, as a young boy I traveled across the country with her as she was called upon to heal and cure those who our current medical community couldn’t.