One of the most inspiring recent developments in the discussion about farming has been the shift from talking about “sustainable” agriculture to advocating for “regenerative” agriculture. Instead of seeking to be less bad, say a growing number of farmers and farming experts, the farming industry should be positioning itself to be good—to heal the harm being done to our planet.

From slowing, and maybe even reversing global climate change through soil carbon sequestration to creating perennial food crops that mimic natural prairies and help protect our waterways, there are many methods that could be deployed to both reduce farming’s negative impact and simultaneously start rebuilding natural ecosystem services that have previously been degraded. 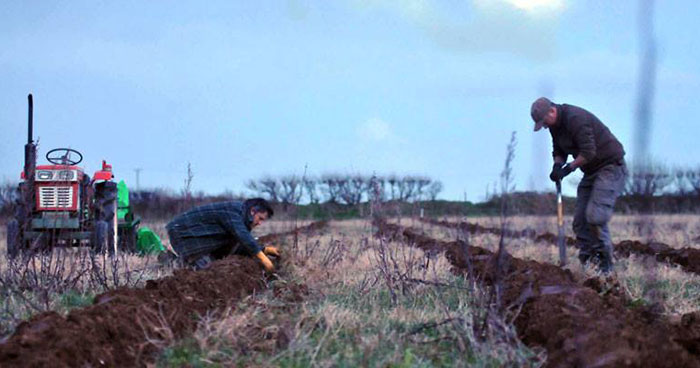 In the UK, former natural history filmmaker Rebecca Hosking has been at the forefront of this conversation, returning to her parents’ family farm and rethinking its operations as a resilient, sustainable and regenerative “farm for the future.” That farm—which has become named The Village Farm—faces some fairly significant challenges in terms of soil conditions and topography, not least because previous management practices have degraded what was there. This from the Village Farm website explains more:

“Now, usually on farm websites we’re meant to tell you how wonderful the land is and how fertile and special it is. But we’re not going to do that because, to be really honest, this land isn’t the easiest to farm. You see its soils have not been treated well over the years and as a result are incredibly thin and stony. Its topography is challenging as well. From its windswept hilltop, situated so high that on a very clear day you can see the Lizard peninsula some 70 miles away, to its steep hillsides that fall away precipitously toward the estuary below making for tough going even by foot in places.”

But all is not lost. In the video below, part of the on-going Living with the Land series that previously introduced us to forest gardening, Rebecca explains how she and her partner Tim Green use holistic, planned grazing and mob grazing to build soils and regenerate natural biodiversity. 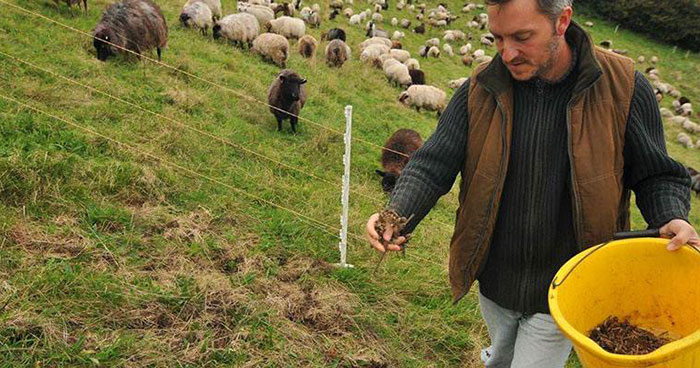 Holistic, planned grazing refers to moving animals to different parts of the farm in accordance with a farm masterplan that takes into account when and where they’ll be most beneficial. (Avoiding, for example, certain fields where skylarks will be nesting at a particular time of year.) By crowding the animals into larger groups, the concept of mob grazing complements holistic, planned grazing—creating an intense, temporary impact on the soil in terms of trimming vegetation and pounding in fertilizer (aka poop), before moving on and letting the pasture recover. The result, says Rebecca, is a biodiverse, efficient farm that becomes a haven for biodiversity and a significant source of carbon sequestration too.

Living With The Land – Farming with Nature