BY Matika Wilbur
Welcome to UPLIFT
I’m Dreaming About a World That Doesn’t Erase Indigenous Intelligence
How would our world look if we embraced the rich complexity of Indigenous culture?

It is important to understand that decolonization is a physical action and that since the creation of the United Nations, more than 80 countries have decolonized; which is to say, in over 80 nations, oppressive domination has been dismantled—colonial rule has left the building.

I try to imagine that kind of dismantling happening here in our homeland. I imagine a Handmaid’s Tale scenario where power is drastically overturned by Indigenous brethren. I see fire and destruction. I see the worst kind of Mad Max or zombie apocalypse that climaxes with 90 percent of our current population gone. The cost of this shift would be so devastating and tragic, it seems anti-American to even imagine it.

But the truth is it’s already been actualized; and it happened here—on this soil, to my people. For some, it was only four generations ago that more than 90 percent of our relatives experienced that kind of genocide. 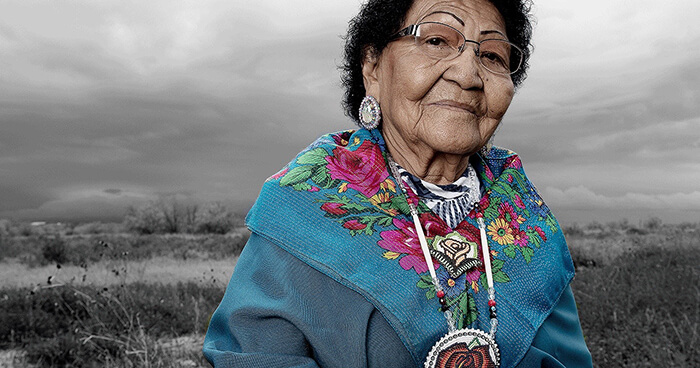 Melba Appawara, of the Northern Ute Tribe, is grandma to many beautiful bear dancers.

Native America might always feel the grief from that loss because colonial disruption is still here and its violence permeates every aspect of American culture and politics. Every aspect of our lives suffers from this violent structure.

Sometimes I sit in modern spaces and try to imagine a ‘United States of Tribal Nations.’ I imagine that the music overhead would be by a well-known Native hip-hop artist, and I’d shake my head because it lacks the substance of my generation, but at least it would be relevant. I try to imagine what it would be like to grow up in a modern longhouse, surrounded by my closest friends and relatives at every meal. I wonder if our people would be less lonely.

Maybe I would have had the opportunity to know my own ‘coming of age’ ceremony, and at a very young age I’d have purpose and meaning instead of adolescent rage. Maybe we would be driving hydro-powered cars. Maybe corporations wouldn’t have human rights. Maybe ownership of land would look different. Maybe shoe stands would be at airports to clean my moccasins. There definitely wouldn’t be a blood quantum; we’d all belong. I imagine that 95 percent of the population would look like me. 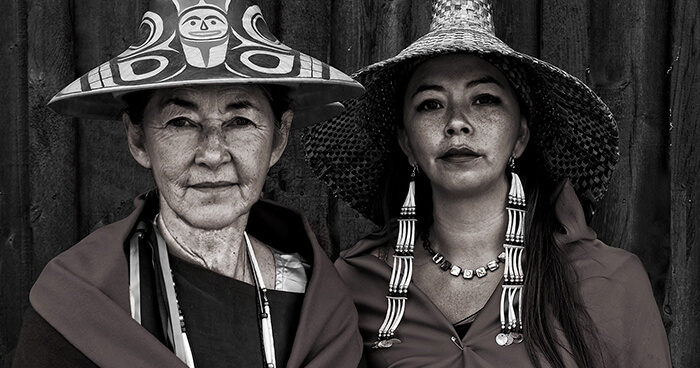 Matika Wilbur, right, and her mother, Nancy, from the Swinomish tribe.

Sinéad Talley, of the Karuk and Yurok tribe, says:

It’s taken a long time for me to get outside of the blood quantum construct of thinking. I’m low blood quantum, and my family was disconnected for a while before we came back to the river. It’s been a returning process. Learning more about history and the fact that blood quantum is a European concept and that’s not how Native people determined who was a community member and who was not helped. When it comes down to it, blood quantum doesn’t mean anything. It’s your connection to place, it’s your kinship ties and how involved you are in the community. It has a lot to do with a lot of things, but indigeneity doesn’t have to do with blood quantum. You can know that and you can feel that, but they’re two different things. For me it’s taken a long time to feel that.

I imagine walking into spaces where I’m not the only Indian. Maybe our people would be healthier. Maybe I wouldn’t have known alcoholism or trauma or abuse. Maybe there would still be a thousand variations of grasses on the prairie, and buffalo would still have space to roam. Maybe we would have intricate trading systems between the Anishinaabe, Haudenosaunee, Pomo, and Miccosukee. Maybe the fish wouldn’t be dying from agricultural runoff. Maybe our children would grow up with fathers. 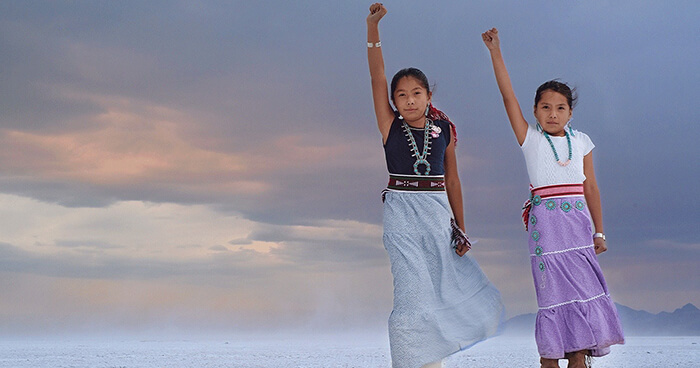 Isabella and Alyssa Klain (Diné) stand united in resistance and rise together.

But these maybes aren’t enough.

So I focus on what I can do.

I become an Indigenous mental abolitionist.

And you can, too.

That begins by imagining that our Indigenous ancestors’ belief systems are worthy of saving. Michael Yellow Bird and Waziyatawin in For Indigenous Minds Only: A Decolonization Handbook say:

Only then will we be positioned to take action that reflects a rejection of the programming of self-hatred with which we have been indoctrinated. We will also learn to assess the claims of colonizer society regarding its justification for colonization and its sense of superiority. When we regain a belief in the wisdom and beauty of our traditional ways of being and reject the colonial lies that have inundated us, we will release the pent-up dreams of liberation and again realize the need for resistance to colonization. I keep having these recurring dreams where I’m on a plane or train and all the people around me, Native and non-Native, are speaking different Indigenous languages. I hear Paiute, Lashootseed, Diné, Catawba, and they’re feeding their babies wild rice and smoked fish. I’m dreaming about a modern world that doesn’t erase its Indigenous intelligence, but rather embraces the rich complexity of Indigenous culture.

This can be actualized if we all bring our hearts and minds together. The land we walk on is Indian Land, whether it be suburban cul-de-sacs or city streets. Echoes of Indian existence are all around us. It’s up to us to listen. 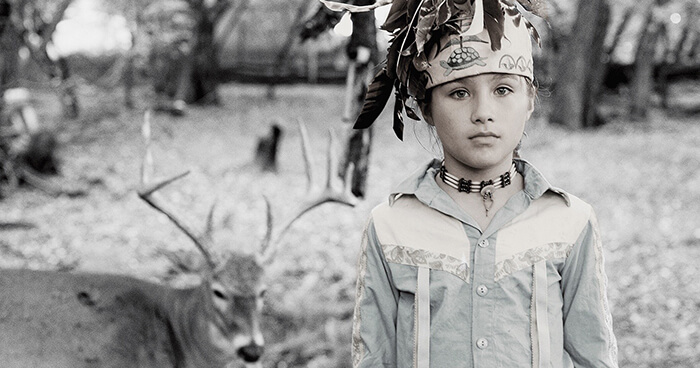 Wahatalihate (He Made it Warm) Daniel Clay Stevens (Oneida) with a sacred deer.

All photos by Matika Wilbur for Project 562.