BY UPLIFT
Welcome to UPLIFT
Stories of Love
I Met You in the Rain on the Last Day of 1972
He was Devastated for a Moment, but Inspired for a Lifetime...

“I met you in the rain on the last day of 1972, the same day I resolved to kill myself.

One week prior, at the behest of Richard Nixon and Henry Kissinger, I’d flown four B-52 sorties over Hanoi. I dropped forty-eight bombs. How many homes I destroyed, how many lives I ended, I’ll never know. But in the eyes of my superiors, I had served my country honorably, and I was thusly discharged with such distinction.

And so on the morning of that New Year’s Eve, I found myself in a barren studio apartment on Beacon and Hereford with a fifth of Tennessee rye and the pang of shame permeating the recesses of my soul. When the bottle was empty, I made for the door and vowed, upon returning, that I would retrieve the Smith & Wesson Model 15 from the closet and give myself the discharge I deserved.

I walked for hours. I looped around the Fenway before snaking back past Symphony Hall and up to Trinity Church. Then I roamed through the Common, scaled the hill with its golden dome, and meandered into that charming labyrinth divided by Hanover Street. By the time I reached the waterfront, a charcoal sky had opened and a drizzle became a shower. That shower soon gave way to a deluge. While the other pedestrians darted for awnings and lobbies, I trudged into the rain. I suppose I thought, or rather hoped, that it might wash away the patina of guilt that had coagulated around my heart. It didn’t, of course, so I started back to the apartment.

And then I saw you. 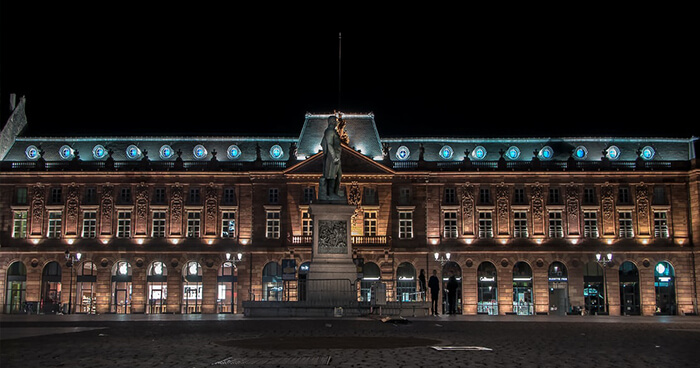 You’d taken shelter under the balcony of the Old State House. You were wearing a teal ball gown, which appeared to me both regal and ridiculous. Your brown hair was matted to the right side of your face, and a galaxy of freckles dusted your shoulders. I’d never seen anything so beautiful.

When I joined you under the balcony, you looked at me with your big green eyes, and I could tell that you’d been crying. I asked if you were okay. You said you’d been better. I asked if you’d like to have a cup of coffee. You said only if I would join you. Before I could smile, you snatched my hand and led me on a dash through Downtown Crossing and into Neisner’s.

We sat at the counter of that five and dime and talked like old friends. We laughed as easily as we lamented, and you confessed over pecan pie that you were engaged to a man you didn’t love, a banker from some line of Boston nobility. A Cabot, or maybe a Chaffee. Either way, his parents were hosting a soirée to ring in the New Year, hence the dress.

For my part, I shared more of myself than I could have imagined possible at that time. I didn’t mention Vietnam, but I got the sense that you could see there was a war waging inside me. Still, your eyes offered no pity, and I loved you for it.

After an hour or so, I excused myself to use the restroom. I remember consulting my reflection in the mirror. Wondering if I should kiss you, if I should tell you what I’d done from the cockpit of that bomber a week before, if I should return to the Smith & Wesson that waited for me. I decided, ultimately, that I was unworthy of the resuscitation this stranger in the teal ball gown had given me, and to turn my back on such sweet serendipity would be the real disgrace.

On the way back to the counter, my heart thumped in my chest like an angry judge’s gavel, and a future — our future — flickered in my mind. But when I reached the stools, you were gone. No phone number. No note. Nothing. 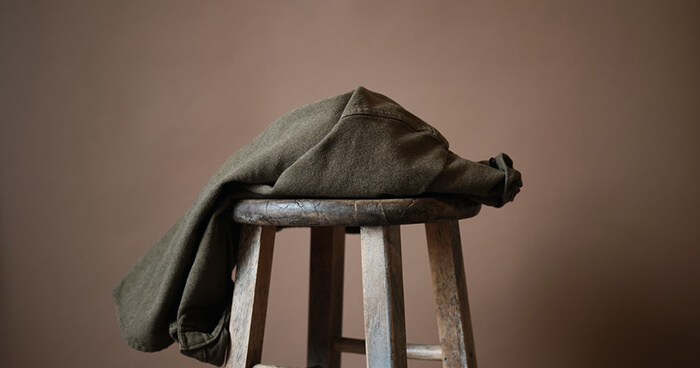 You were gone… Image: Joel Wyncott.

As strangely as our union had begun, so too had it ended. I was devastated. I went back to Neisner’s every day for a year, but I never saw you again. Ironically, the torture of your abandonment seemed to swallow my self-loathing, and the prospect of suicide was suddenly less appealing than the prospect of discovering what had happened in that restaurant. The truth is I never really stopped wondering.

I’m an old man now, and only recently did I recount this story to someone for the first time, a friend from the VFW. He suggested I look for you on Facebook. I told him I didn’t know anything about Facebook, and all I knew about you was your first name and that you had lived in Boston once. And even if by some miracle I happened upon your profile, I’m not sure I would recognize you. Time is cruel that way.

This same friend has a particularly sentimental daughter. She’s the one who led me here to Craigslist and these Missed Connections. But as I cast this virtual coin into the wishing well of the cosmos, it occurs to me, after a million what-ifs and a lifetime of lost sleep, that our connection wasn’t missed at all.

You see, in these intervening forty-two years, I’ve lived a good life. I’ve loved a good woman. I’ve raised a good man. I’ve seen the world. And I’ve forgiven myself. And you were the source of all of it. You breathed your spirit into my lungs one rainy afternoon, and you can’t possibly imagine my gratitude.

I have hard days, too. My wife passed four years ago. My son, the year after. I cry a lot. Sometimes from the loneliness, sometimes I don’t know why. Sometimes I can still smell the smoke over Hanoi. And then, a few dozen times a year, I’ll receive a gift. The sky will glower, and the clouds will hide the sun, and the rain will begin to fall. And I’ll remember.

Thank you so much for sharing this precious story of human pain, opportunity for healing in one of those God Send moments that transform our lives! My heart so wanted them to find each other this lifetime and to know the gift they were to one another! God Bless this man who served his country while young and blinded by brain washing training of the military! It is clear this man has a huge heart. The chilling awareness of what he did so touched his core that his reason to continue to live withered — and the Divine had other plans! The Earth Angel touched his heart and reminded him to live today and let live the past!

Awww such an incredible Sweet Story, I believe he truly met an Earth Angel. I hope too that one day they will meet again on this earthly plane. Now wouldn’t that be Incredible! Bless Your Heart. L&L to All. <3

It’s all of 4 years ago today since I discovered this incredible soulful reaching-out…
It still brings me to tears. I’m still wondering to this day if he ever heard from this young woman who literally saved his life.
In my heart I would like to think so. What a pouring-out, such bitter sweet story…

It wouldn’t but take a few minutes to read and share this once again. !! Go on do it !!
Especially if you live or have friends in State of Massachusetts.( Boston ) USA
You just never know what that ‘share’ could possibly lead to here on Facebook.

*Truth or fiction: It’s unclear whether the story is real or a great creative work of fiction. *I honestly tend to believe it’s true. = One reader pointed out that the weather described in the story was definitely true for that day in history. ✅

You beautiful man. I hear you with your guilt and forgiveness, your realization of the small beauties of life overcoming the darkness. I’m glad you waited on the S&W. Your writing is more beautiful than you may realize.

It shows you that no matter who you are or think you e done you matter; you never know how many people you’ve helped along the way. Beautiful story.

So beautiful! Was she real? Did she really exist? I’m certain that occasionally Spirit steps in and sends someone to help keep us on our lifepath. If he hadn’t met that girl, he would have killed himself, never married and his son would never have been born. It’s an endless chain of events which are not at all random. She may even have come to him from another time………….

Wow. Deeply touching . Beautifully captures the paradox of our humanity. Wish I could have known you.

I hope she read this and you meet again soon!!

Beautiful , you ever know what each day will bring. X