How You Could Save a Life in 10 Seconds

Peter could perhaps be described as your ‘typical nerd’–he stood at least a head below the other boys in our year, wore his shorts far higher than was socially acceptable, and his pale skin reflected the amount of time he spent inside the library. When he wasn’t studying, Peter could be found watching David Attenborough documentaries, which, despite growing up in Australian suburbia, had given him a slight English accent.

I never really spoke to Peter, though I knew of him well. Everyone did. It was hard to ignore the crowd of students that would gather at lunch to watch as Peter was humiliated by those considered ‘cool.’ It seemed to the bystanders, who gathered in the circle, that the torture of Peter was some kind of show. They would munch on an apple, stuff their faces with chips or sip on a coke, as if they were simply watching TV, unable to interfere in the cruelty right in front of their eyes.

Although I never watched Peter’s torment, I was no better than those who did. As the bell rang for lunch, Peter would push past me, his back hunched defensively, as he rushed to the refuge of the library before his tormentors caught up to him. I could have turned around and told the bullies to leave him alone, I could have even just sat with Peter so that he wasn’t alone. But I didn’t.

My self-conscious teenage self thought, at best, my efforts would be useless, and at worst, I would be chucked in the same boat as Peter, finding myself in the center of that vicious circle. 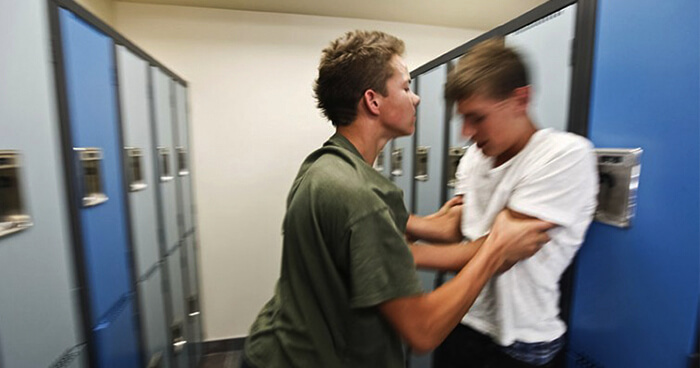 Bullying is a big problem but it can be stopped, if we know how.

Almost ten years on, I know now that my inaction was wrong. Even a small effort on my part, or any other of my classmates, could have saved Peter from much pain.

The Stats We All Need to Know

It has now been shown that if a bystander intervenes when they witness bullying, the bully stops within 10 seconds, 57 percent of the time. Take a second to think about that–one small act can put an almost instantaneous stop to cruelty, over half the time.

While bullying occurs at all ages and stages of life (we’ll get to that), it often begins in childhood. According to a U.S. poll, 48 percent of kids aged 9–13 said they’ve been bullied, while 86 percent reported seeing someone else being bullied.

Other studies show that bullying occurs in school playgrounds every seven minutes and once every 25 minutes in class. While every month in Canada, 13 percent of students report electronic bullying.

The impacts of bullying are also extremely concerning. In the U.S., 10 percent of students who drop out of school do so because of repeated bullying, and over 30,000 children stay home every day due to the fear of being bullied. It has also been shown that social rejection leads to cognitive impairment–this means bullying increasingly erodes a victim’s ability to deal with life’s day-to-day demands. 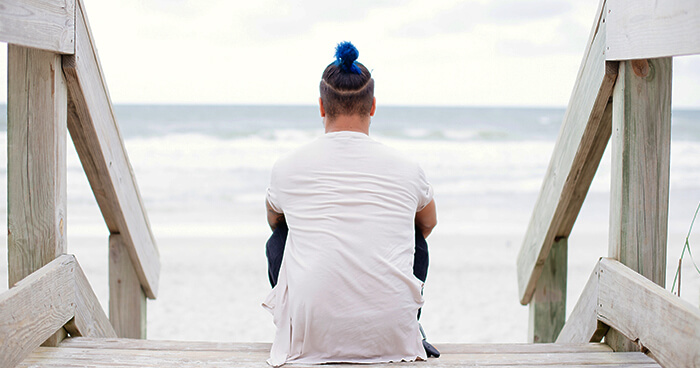 But perhaps even worse is the suicide rate.

A study by Yale University found that those who have been victims of bullying are between seven and nine percent more likely to consider suicide. Meanwhile, British studies show over half of youth suicides are related to bullying.

Uncovering accurate statistics on bullying is difficult, as many who are being bullied are often too ashamed or afraid to admit to it. While the numbers mentioned above are highly concerning, the reality of the problem is likely much worse.

We’ve all heard the stories. They’ve been making headlines for a while now: the kids who die from bullying. Yet, how quickly do we forget about these victims, move on from the morning news and get on with our day? It seems while bullying is getting more publicity, it isn’t nearly as engaging as a murder in your local neighborhood. Yet, your kids, your nieces, nephews, or neighbors, could be the next victims.

The self-proclaimed World Authority on Bullying, NoBullying.Com, lists a number of concerning cases. This is one of many examples of how we have failed as a society to protect those in need:

A 15 year old Connecticut boy, Bart Palosz, took his life by shooting himself. His death is linked with many years of bullying at school and on social networks. He was a quiet boy that related better to adults than his peers. He was 6 feet 3 inches tall and had a Polish accent, which made him a target for bullying. Incidents include boys in town calling him names, pushing him into bushes, and destroying his cell phone.

Although his parents claim they asked the school for help, nothing was done. He also posted comments about suicide on social media. 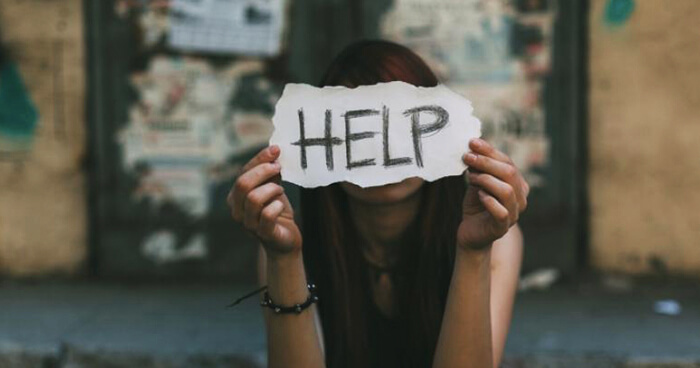 A similar case shows how, much like with sexual harassment and assault, the onus is placed on the victim to fix the situation:

On January 12, 2012, Amanda Diane Cummings, a 15 year-old Staten Island youth, jumped in front of a bus. She carried a note on her that stated classmates were constantly teasing her and stole her personal possessions. While she recovered in the hospital, classmates posted cruel comments on her Facebook page. Bullying is not considered a serious crime by many. Kids that report incidents are told to toughen up or fight back. Sometimes authorities tell children no one likes a tattletale, so they do not get the help they need.

It is also important to note that although bullying is often associated with youth, it isn’t just something that happens to kids. As mentioned earlier, it is a phenomenon that is found at all ages; whether it is in the workplace, within a family or relationship, or in a social setting.

Haven’t we all, at some stage, seen or experienced a boss intimidate an employee, a mother shamed for her parenting choices, or someone’s outfit mocked? 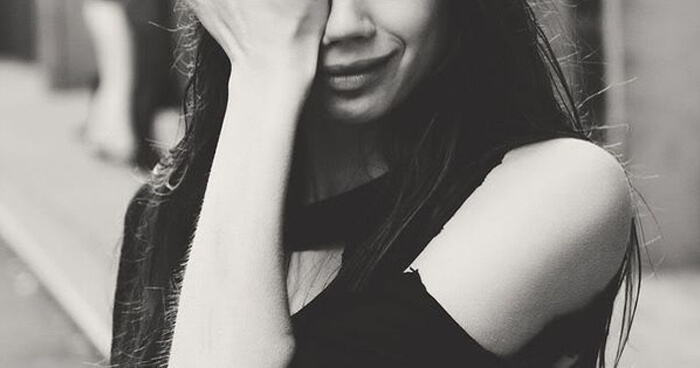 Adult bullying needs to be brought to light.

The Cruelty of Adults

We hear of the ‘cruelty of children,’ but we often turn a blind eye to such behaviour in adults. So why would full grown adults still be bullying and what does it look like? Unlike children who are often motivated by peer pressure, attention-seeking or immaturity, the goal of an adult bully is to gain power over the other person, become dominant and ‘show them who is boss’. BullyingStatistics has outlined the five different types of adult bullies. 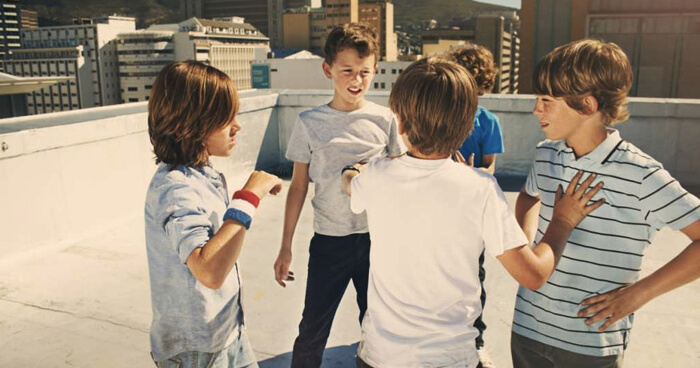 There are other effective ways to intervene, even if you can’t step in physically.

What You Can Do

One of the outcomes of the recent #MeToo outbreak on social media was the need to stop placing the onus on victims to solve the problem of sexual harassment and assault. After all, they have suffered enough, why should they have to be responsible for fixing society’s problem? The same could be said for the victims of bullying. If you witness harassment of any kind, it is your responsibility to take action.

While obviously directly confronting the bully is usually best, it is often not that easy. But there are more indirect ways you can help if you witness someone, whether adult or child, being tormented.

Dr Laura Martocci, author of the acclaimed book Bullying: The Social Destruction of Self, outlines 10 concrete ways you can help:

What happened to Peter? He continued to be bullied on a daily basis for the rest of our school years. Not once did I see anyone come to his aid–adult or student. While I often wonder where Peter is now, and how I could have made his life easier during our school years, there are many more cases that happen every day in all kinds of settings. Imagine the difference we could make if we all took these simple steps to end bullying, once and for all.

Social media is still huge medium for any business.
Today, June 2013, now Facebook has over 1 Billion users.
It is incredible.

My sister has just committed suicide because a streamer on Twitch (ICOnlyBlue) said some horrible things and because of this she lost her job and felt like she had nothing else to live for. She had cancer,she was bipola. She went into her bathtub took all her medication and drank it down with bleach and shot herself. We just buried her on Mother’s Day.2 days ago,

When I witness bullying in children I say ” Why don’t you puck on someone your own size? Usually it works, as the bullies are used to getting away with it.
Breaks my heart.

As with sexual harassment, I think that supporting the victims of bullying is only one half (albeit a very important half!) of the solution to the problem. We will only truly be able to heal the situation when we also concentrate on the bully him or herself, in addition to standing by the victim. Anyone who displays aggression towards others is in some sort of pain themselves, whether or not the realize it. We will only be able to stop bullying behaviour by listening to the feelings and needs of the bullies and helping them to heal their wounds. They have very likely been victims of similar behaviour themselves. Otherwise there will just be more and more victims. I had understood that in some countries there are various school programmes that work like this, with a great deal of success.

You should feel like shit for never helping Peter.

Bullying has reached toxic levels imho. I’ve never stood by and allowed someone to be bullied and I’m now 58yoa! And interestingly I attract bullies like flies to poop and it usually doesn’t go so well for me because no one ever stands by me.
Even sadder we live next to a family of bullies who actually teach their grandchildren how to bully which has made life very difficult for us in a place that is supposed to be a safe haven. We had to go as far as the Magistrates Court to be heard because no one, not the police or local council would help us. But the Magistrate did!!! I was shocked by his support of my husband and I. He could see straight through the matriarchal bully and he sorted her right out despite the fact bullying is not a crime. And this matriarch is a school principal. Scary hey?
It’s time bullying was made a crime with suitable fines attached and rehabilitation for the victims and the bullies imho. How else do humans learn?
Great article! I’m waiting for this matriarch to retire so I can infiltrate the area school as a volunteer and begin working with the kids regarding bullying in the near future.