A few simple practices that everyone can do, could be the secret to relieving pain and inflammation. In her article Hacking the Nervous System, Gaia Vince, science journalist and editor of New Scientist, describes how a woman suffering from debilitating rheumatoid arthritis was successfully treated with a device that stimulated the vagus nerve. No pills, no morphine, no side-effects; just stimulating a nerve. Not only that, Gaia goes on to explain that by stimulating the vagus nerve we can find relief from inflammation, depression, anxiety, high blood pressure and other ailments, and we don’t necessarily require a device to do so.

The vagus nerve is the longest nerve in the body. It starts at the base of the brain and runs through the whole torso, through the neck via the vocal cords, then passes around the digestive system, liver, spleen, pancreas, heart and lungs. It is an integral nerve in the parasympathetic nervous system, which is responsible for our rest and digest capacities, a calming and soothing force in our bodies. As opposed to the sympathetic nervous system which is responsible for our ‘fight or flight’ responses.

The tone of the vagus nerve is important to our health and is key to how well our bodies adapt to stress and recover equilibrium after a stressful event. High vagal tone improves the functioning of many of the body’s systems. It reduces the risk of strokes and heart attacks and regulates blood sugar levels. It’s also associated with feeling calmer and more contented. Low vagal tone, however, is linked to cardiovascular diseases, strokes, diabetes, depression, chronic fatigue and other auto-immune disorders, and much higher rates of all inflammatory conditions including endometriosis, Crohn’s, lupus etc. 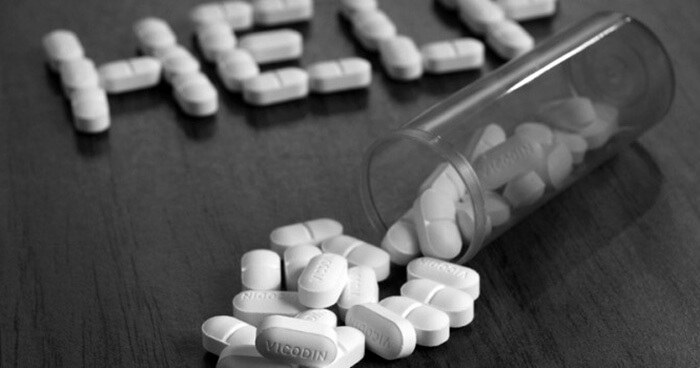 No pills, no morphine, no side-effects, just stimulating a nerve.

Kevin Tracey, a neurosurgeon based in New York, was the first in the West to discover the link between the vagus nerve, inflammation and overall health. In the late 1990s, while experimenting on a rat, Tracey was surprised to find that when an anti-inflammatory drug was present in the brain, it also blocked inflammation in the rest of the body, even though the amount injected was far too small to have got into the bloodstream and been transferred. He finally realised that the brain was using the vagus nerve to switch off inflammation everywhere.

Prior to Tracey’s discovery, communication between the immune system’s specialist cells in our organs and bloodstream and the electrical connections of the nervous system had been considered impossible. However, Tracey’s experiments proved that the two systems were intricately linked. After over a decade of experimentation, Tracey became convinced that by stimulating the vagus nerve he could block inflammation in the body. In 2011, Tracey, in collaboration with Paul-Peter Tak, professor of rheumatology at the University of Amsterdam, conducted a breakthrough experiment where they stimulated the vagus nerve in rheumatoid arthritis patients by implanting an electronic device, similar to a pace maker.

Patients on the trial showed significant improvement and around one-third are in remission–off medication and effectively cured. Measures of inflammation in their blood also went down, and even those who had not experienced clinically significant improvements insisted it helped them; nobody wanted it removed. When the vagal stimulation was discontinued, the symptoms flared up again. When it was restarted, the system normalised. Tak says that vagal nerve stimulation appears to restore the body’s natural balance. It reduces the over-production of inflammatory proteins that cause chronic inflammation but does not affect healthy immune function. A win for everyone. 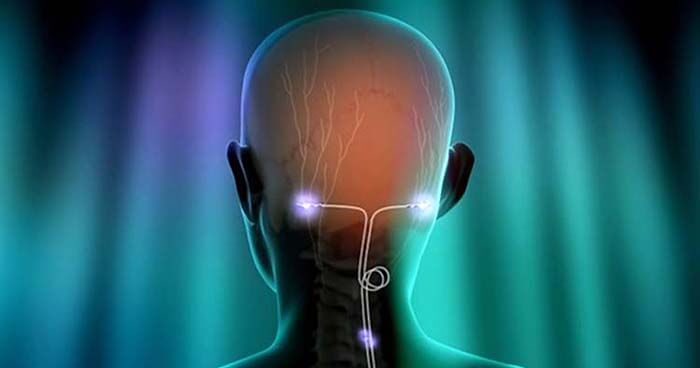 However, the technology for vagal stimulation develops, the Western medical world’s understanding of how the body manages disease has changed forever. Tak says:

It’s become increasingly clear that we can’t see organ systems in isolation, like we did in the past. It’s very clear that the human is one entity: mind and body are one… We didn’t have the science to agree with what may seem intuitive. Now we have new data and new insights.

At last, science is catching up with what yogis and other mystic and healing traditions around the world have known for thousands of years.

In 2010, Barbara Fredrickson and Bethany Kok, psychologists at the University of North Carolina, conducted an experiment to see if the relationship between vagal tone and well-being could be harnessed without the need for implants. Volunteers had to record the strength of emotions they felt every day and their vagal tone was measured at the beginning of the experiment and at the end, nine weeks later. Half of the participants were taught a meditation technique to promote feelings of goodwill towards themselves and others. Those who meditated showed a significant rise in vagal tone, which was associated with reported increases in positive emotions. Kok explains:

That was the first experimental evidence that if you increased positive emotions and that led to increased social closeness, then vagal tone changed.

Similarly, in 2010 at Nepal Medical College, Kathmandu, researchers Pramanik, Pudasaini and Prajapati, demonstrated the immediate beneficial effect of Humming breath (Bhramari pranayama) on blood pressure and heart rate, both linked to the functioning of the vagus nerve. The study proved that the breathing technique, even when done for only five minutes, stimulated the vagus nerve, activating the parasympathetic system which calmed the heart rate and lowered blood pressure. 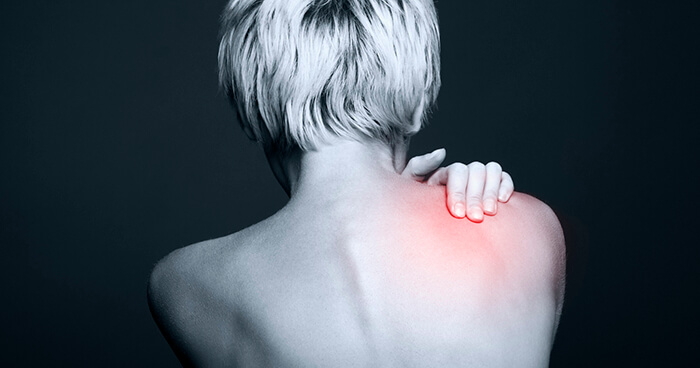 Science is catching up with what healing traditions have known for thousands of years.

The study was carried out to evaluate the immediate effect of Bhramari pranayama by recording the heart rate and blood pressure of volunteers before and after 5 minutes of this slow breathing exercise. The subject was directed to inhale slowly, up to the maximum of about 5 seconds, and then to exhale slowly, up to the maximum of about 15 seconds, while keeping each thumb on each external auditory canal, index and middle finger together on two closed eyes, and ring finger on the two sides of the nose.

During exhalation, the subject must chant the word “O-U-Mmmma” with a humming nasal sound mimicking the sound of a humming wasp, so that the laryngeal walls and the inner walls of the nostril mildly vibrate (Bhramari pranayama, respiratory rate 3/minute). After 5 minutes of this exercise, the blood pressure and heart rate were recorded again. Both the systolic and diastolic blood pressure were found to be decreased, with a slight fall in heart rate. Fall of diastolic pressure and mean pressure were significant. The result indicated that slow pace Bhramari pranayama, done for 5 minutes, stimulated the vagus nerve, activating the parasympathetic system, which calmed the heart rate and lowered blood pressure.

We can use this knowledge to boost our own health and reduce levels of inflammation by toning our vagus nerves with simple daily practices. In Yogic traditions, the vagus nerve is sometimes linked with the kundalini serpent, as it reaches all the way from the colon to the brain with upward pulsing neurons. As such, a number of yoga techniques can be effective in strengthening this vital nerve. 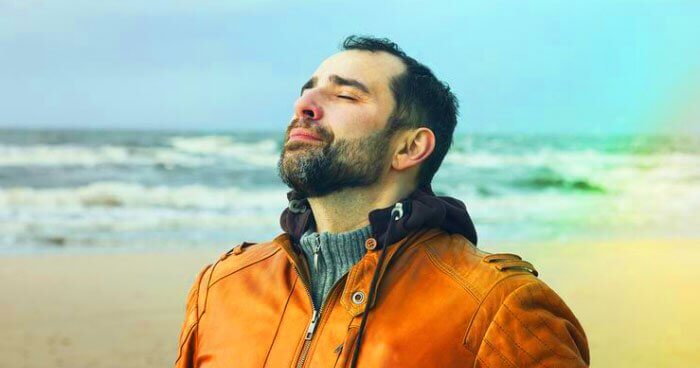 Simple ways to boost your vagal tone and reduce inflammation are:

There is a reason why we groan when we’re in pain, why birthing women moan deeply, instinctively we’re activating our vagus nerves by stimulating the vocal cords. Regular practice of the techniques mentioned above will raise your vagal tone, boosting your immune system, reducing any inflammation and contributing to feelings of well-being and contentment. No pills necessary!

Wonderful article and stealing Barbara Parker’s halarious phrase as i too “am available to be a rat” for such studies.

Excellent article. Reveling benefits of the ancient yogic practice with scientific explanations.
Similar results we get from regular deep breathing too. Thanks.

I am a 55 year old female, with a fusion c-2. Also I have MS. I live with chronic pain. I do not take MS medicine because the side effects. It’s a trap. I treat my symptoms. I get the best relief from my message therapist. This makes so much sense to me. I use Acupuncture. Essential oils. If there is ever a study I Am available to be the rat. I will pass this info to my massage therapist.
Thank you so much for this.
Hopeful & exciting news,

This is wonderful and resonates universally within and without.

I’m so interested in this topic as I have chronic fatigue syndrome and after having this terrible illness for ten years I’ve had enough! I do believe in this vagus nerve stimulation treatment could help me so I’m definitely going to practice .

I teach yoga, including chair yoga. I use the chair class to help promote relaxation and restore a feeling of well being. Your information is completely in accord with my teaching. Great articles.

I practice humming on the in and out breath. With the upper and lower back teeth tightly closed, it strengthens the effect. Any sound that vibrates the trachea is useful, because the sound transmits to the major blood vessels. Three good hums and my fingers and toes start to tingle.
Here is a link to a YouTube demo of my various resonance exercises.
It was inspired in response to my 2015 discovery of somatics/body-mind therapist Julie Henderson’s two books, “The Hum Book” and “Embodying Well-Being,” She’s right on my wavelength!
https://www.youtube.com/watch?v=WcwzMupl20M

A very interesting article which makes sense so why have you not provided source links to all the studies? That would be common practice for any health/medical article to be taken seriously. Without the sources it’s just a nice story.

This might helpful. Never heard anything about it
How does cranial work. Also which type of doctor does it.

This was one of the best articles I have read in a long time….dealing with pain myself I will try this..Thank you so much

Love this article, it’s really uplifted me. Given me a new idea for a maybe a new yoga class in the new year. I have been practicing yoga for around 25 years. This just puts in words how I know I handle my autoimmune disease better now than ever.
I appreciate uplift articles, so informative and most importantly they do a body good. Thank you

Love the article, much to consider and try. The only thing I question is that talking for the sake of using your vocal chords can’t be good.The rest of the article explains what kind of noise and breathing is beneficial.

Excellent article and very validating. I have a yoga practice as this as well as teach it as a spinal release yoga. I will continue to research this and committ to practices that honors this vagus nerve. Gratitude to see this today!

Thankyou for this, it’s just what I need. I have RA and know that my Vagus is in trouble, your explanations of the breathing techniques will help me sort it and I will be well again. Thank you and Blessings ?

Its why I usually finish a physio session with Cranial Sacral, after the body is relaxed to work on the Vagus gives tremendous result’s

Any diagrams on how to stimulate the vagus nerve please

Excellent article! I’m frequently speaking about stimulating the vagus nerve through yoga breathing (pranayama). It’s recently even become a hot topic in dental & sleep medicine. If you’d like to learn more about yoga breathing and enjoy a 30-day program, check out my book, Life With Breath!