How to Turn Anger into Creativity

We all know anger, that fiery tornado that stirs up the belly or the base, storming through the heart and throat, demanding a voice… but what do you do with your anger? What is your relationship with anger? Is it the disowned and dishevelled mad relative you lock in the attic; the itinerant toddler you bundle out of sight, or the problematic and difficult person you patronizingly and with lying snow calm, ignore?

Perhaps you are so disconnected from anger, you have no idea the rumbling of the volcano in your tummy is even happening. You may be floating around in a disembodied sea of fake smiles and jittery mental dreaminess.

Anger is either repressed or expressed. Repression is a denial of reality. We shove down the powerful anger flooding our entire body, pretending it’s not there. Anything repressed goes underground where it turns into a poisonous autocrat lurking ominously, waiting for an opportunity to break out.

Anger is an acid that can do more harm to the vessel in which it is stored than to anything on which it is poured. – Mark Twain 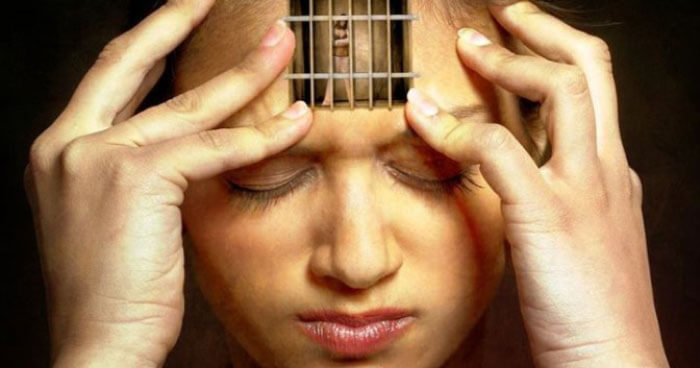 Are you repressing your anger?

Anger is our Friend

Repressed anger tends to become uncontrollable and explosive. It is unpredictable and a force to be reckoned with. So often inner restlessness is a volcano of repressed emotions. Even more destructive can be the alternative: the raging expression of anger and the dumping of our emotions on someone else like an out of control road train. This can be disastrous for our relationships and our health.

Accepting and acknowledging anger goes a long way to defusing the charge behind it. Too many of us were admonished to stop being angry as young children and teens. As a small child I remember my grandmother standing over my little brother and telling him she’d beat his temper out of him. Indeed a strange but probably not untypical way of dealing with a two or three year olds’ temper tantrums.

So how do we deal with this “rogue” emotion anger?

Anger has been given a bad rap. It is so often maligned as a negative, destructive force that causes huge problems. Certainly when unleashed on others inappropriately it can scar relationships and be a raging fire destroying everything in its path. We would be lying most politically if we claimed to be spiritual and without anger! So how do we express anger not only constructively, but also creatively? 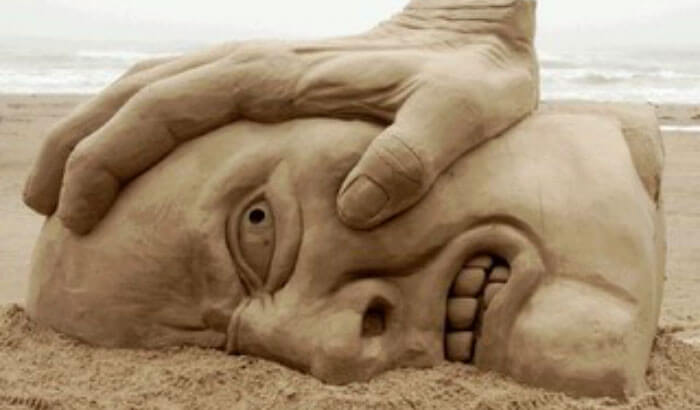 How can we express anger creatively?

A willingness to face our subconscious mind with loving compassion and meet ourselves in our “darkest” expression is helpful in taking the sting out of anger. Instead of denying this natural force and fighting a part of ourselves, when we welcome and channel it with awareness, we awaken disowned parts of ourselves. By accepting anger as a natural and necessary force of creation, we can use it wisely and like the rider steering the horse, let it take us somewhere beautiful.

Acceptance is the acknowledgement that we are feeling anger. It is being open and non-judging, aware that anger is energy in motion, and that it is a messenger. The simple action of welcoming anger releases the possibility for anger to open the doorway to vitality, creativity and wisdom.

Anger or hatred is like a fisherman’s hook. It is very important for us to ensure that we are not caught by it. – His Holiness the 14th Dalai Lama 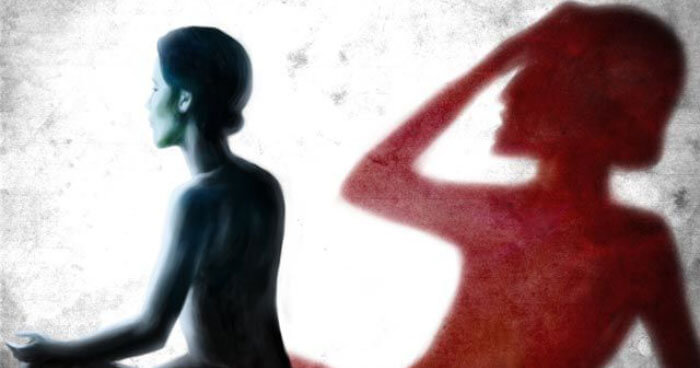 Learning to accept our shadow side

Listening to the message

By bringing awareness to the anger we’re feeling, throwing the door open, welcoming and making it a cup of tea, then sitting down in your kitchen together, you significantly alter and defuse the diabolical force of disowned anger. Anger is an emissary. Anger comes as an agent of change with a message for you. It brings letters informing you what’s not working, is broken, needs updating, or is not serving you. If you listen with awareness, it shows you the map to freedom … the pathway to living an authentic life. Anger is a signpost, signaling where you’re off course.

Owning your anger leads to power

As you give yourself permission to freely express anger masterfully, you being to unlock your power. You become potent, expressive, passionate and alive. Anger is life flowing through you telling you what you need. So many young girls were given the message that anger is not feminine, and is ugly. Today so many women carry a legacy of repressed, disowned anger, which renders them impotent and saps the potential of their power and leadership. 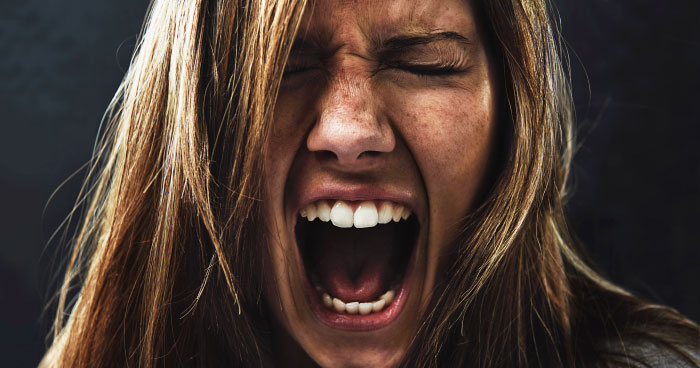 So many women carry a legacy of repressed, disowned anger

Unlocking anger and expressing it masterfully is one of the keys to your power. As you let this force live within you, you open the potential of the universe to flow through you unhindered in wonderful ways. A real boon for creative expression.

Expressing emotions through art is not something new, it’s as old as creativity itself. But I think there can be an upgrade to the quality of expression, moving from the violence of Van Gogh’s ear episode or other tortured artists, to the channeling of anger as impersonal energy, a force in and of itself, Kali-esque burning through the undergrowth. A journey of discovery, an acceptance of what is present and a fiercely authentic expression of this energy.

By journeying with and through anger, we discover a deeper, richer place within us, a wellspring of creative potential. Much like the process of Gabrielle Roth’s Five Rhythms, surrendering to anger in a soulful, intimate dance practice of being with ourselves, leads to lyrical beauty and inner peace. I’ve had times where I’ve turned to my keyboard in desperate anger, not hammering out Beethoven, but releasing a vibrant passion through my arms and fingers that always becomes a delightful and surprising intimacy with my inner world. We can use the energy of anger itself, to burn the anger out and find compassion and peace. 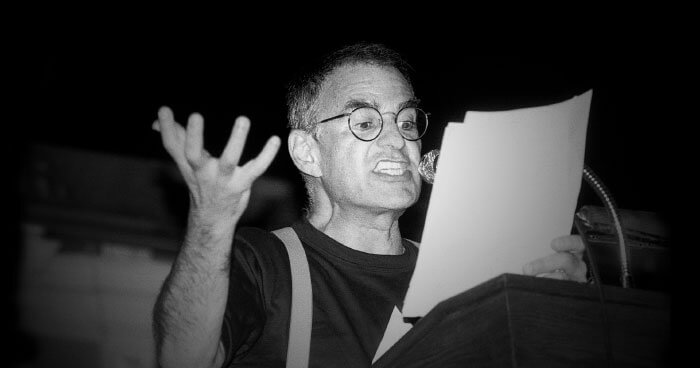 When we give anger permission and freedom to be there, and listen to its message, we can transform what is holding us back, make the changes that get us back on track and serve our higher purpose, and also become aware of the deep pain that is often living beneath anger.

Atira Tan, the Founder and Executive Director of the Art2Healing Project, working to save and support children who have been the victims of sex trafficking in Asia, shares how she deals with anger at the tremendous abuse she witnesses: “I used to be angry with the sex traffickers for what they did to the children, then the more I worked to stop this terrible industry, the more I developed compassion for them too. The anger became an intense determination to work harder to break the cycle and change lives.”

The way to change others’ minds is with affection and not anger. – His Holiness the 14th Dalai Lama 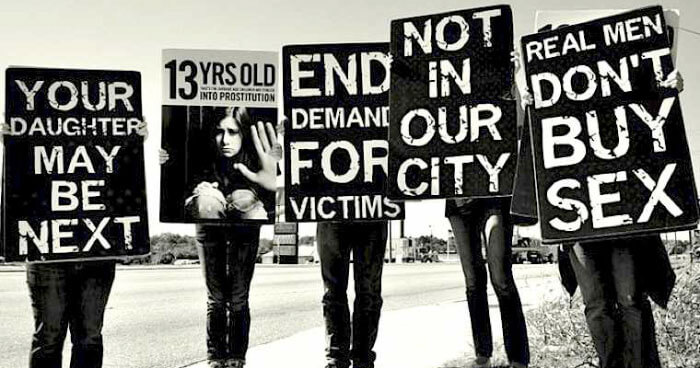 Anger and passion stem from the same source in the body. Anger is really passionate life force trying to express itself through you. Anger can be suppressed creativity wanting an outlet, but shoved aside due to the responsibilities of daily life. Next time you’re angry, meet yourself, with acceptance, awareness, feel the energy of the anger and use this energy to create something. Aware anger can change the world.

Martin Luther King, Aung San Suu Kyi, Gandhi, and Nelson Mandela, all used the inner message of anger to create transformation. In their mastery of anger walking the path with it as an ally, they unleashed tremendous creativity to achieve their ends, mobilizing others and ultimately making an incredible mark on humanity. Their artistry of anger changed the lives of many forever.

Nelson Mandela used his creativity to put burning tires on the necks of innocent people. Talking about THAT guy really makes me angry.

Fantastic article. It was refreshing to find something in point form that offers a starting point to reframing what anger looks like in our lives and how we can use it for good. Reframing what it is and how it affects us is the first step. I look forward to reading more of your articles and hopefully hearing how to go from thought to thing.

I agree with Half a Centurian – the HOW is totally missing – I’m fully aware of my anger but I need to know HOW to unlock it and put it into creativity – this article did nothing to actually address the title of the article “HOW to Turn Anger into Creativity” – so how is it done? We’re aware of it – now what?

First, thank you for this article about “anger”….it is my first time seeing & reading this. In the “listening to the message” part of your article, I can now see that my anger is talking to me & can better help me understand myself & possibly allow me to escape this “anger bubble” that I call a life. Instead of reacting to the anger….I need to sit down with anger & offer it “a cup of tea” as you say & look at it & try to understand it & where it is coming from, why it us coming forth & figure out what I can do to soothe it’s intensity…….

You have made me realize that I have been looking at this all the wrong way…..through “tunnel vision” of sorts….& just reacting to it instead of understanding it. I have subscribed & I look forward to reading more if your articles about anger. If you would please, give us some ideas on the “how to” part of listening & understanding our anger. Thanks so much!

thanks for this. i was having a melt-down at work here… i just happen to come across this read… thanks it helped me sort it out 🙂

This would be a more potentially empowering article if HOW was more covered. In this article is remains a concept described for the most part.
“I used to be angry with the sex traffickers for what they did to the children, then the more I worked to stop this terrible industry, the more I developed compassion for them too. The anger became an intense determination to work harder to break the cycle and change lives.”
HOW?
The painting The Scream is likely based in anger as is Picasso’s WWII painting. Again, HOW?
Gabrielle Roth’s Five Rhythms…I’ll look that up.
Some of people were allowed to practice expressing anger in childhood and/or if not supported in creative pursuits such as the keyboard or something that can be fashioned into a release, others suffered abuse etc. one too many times of the wrong type without protective mitigating factors…so our suicide rates are skyrocketing. Our streets are filling with mentally ill who have no safe haven for practicing anger or expressing it creatively…please don’t tell me about the rare few who draw under the overpass or play the flute while living in a van.