How to Tap Into the Underutilized Power of Questions

Welcome to UPLIFT
Features
How to Tap Into the Underutilized Power of Questions
Discover the real secret behind the genius of Albert Einstein and Leonardo da Vinci.

When people think of Einstein, they see a lone genius with his discoveries.

Most of us don’t quite understand what exactly these discoveries were, but we all learn fairly early on that he changed our understanding of physics.

Similarly, Leonardo Da Vinci is familiar to us most memorably for his famous Mona Lisa, and we know that his notebooks also contained a wide variety of sketches that predicted inventions in science and engineering.

These immediate images that we have of them create a mental narrative in our mind that associates their intellect with an ability to produce answers.

After all, without Einstein, there likely would be no Theory of General Relativity, and who knows how far behind the world would be right now.

While Da Vinci didn’t quite shift our understanding of reality to that degree, it makes you wonder how much more progress we could have made if something was actually done with the sketches he produced.

Yet, this narrative is limited in the broader context. The answers are what history remembers, but they don’t represent the process that produced them. 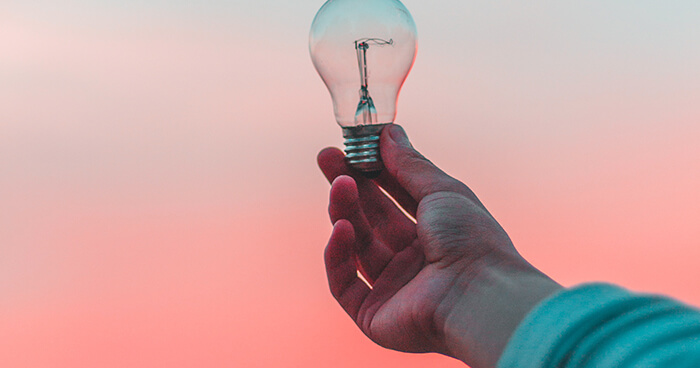 The answers are what history remembers, but they don’t represent the process.

Neither of them actually focused too much on getting to a solution. Of course, once they knew what they were looking for or producing, they put in the work to get to an end, but that’s only a very small part of it.

Both Einstein and Da Vinci, like many other effective people, were driven primarily by asking rather than answering, and it was the strength of their questions that ultimately shaped their lives.

How Useful are Answers?

At some point or another, we all want to know the meaning of life, and it’s no secret that everyone is looking for a formula to guarantee happiness.

The problem is that even if you were to randomly find an answer to these questions, they likely wouldn’t mean anything to you.

Every answer is confined to the context within which it operates, and if you haven’t walked through the path that leads to that context, then the answer will either be completely irrelevant to you or it will cause confusion.

Further yet, so many of us spend our time looking for such answers without realizing what exactly we want from them. Sure, you want to be happy, but what does that even mean and why is it important?

Just because you know that the Theory of General Relativity is one of the pillars of modern physics doesn’t mean that this fact is going to improve your life in a tangible way. 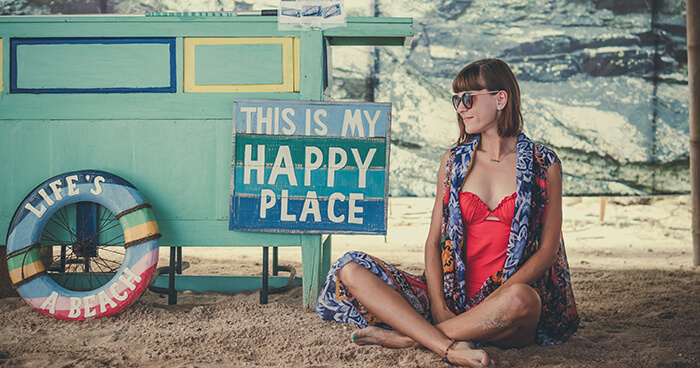 You want to be happy but why is that important?

If you don’t understand the broader context within which this theory is true, all it does is lead to more noise and disorientation.

In a way, our love of answers comes from our need for certainty. We have an innate attraction to the idea of knowing something, regardless of whether or not it’s worth knowing. This rarely leads in the right direction.

The real secret, as both Einstein and Da Vinci knew, wasn’t to strive for certainty, but to be guided by curiosity. It was to first do the work of asking the right things before seeking a solution.

The reality we know is a hugely confusing place defined by its complexity.

To dive in and look for answers in this mess is to invite more problems than solutions. You can’t just ask the world to organize itself.

What you can do, however, is make the effort yourself. If you pay attention to what’s around you and rather than immediately manipulating things to fit into your existing mental models, you just observe and then ask, you gain a huge advantage that pays dividends throughout any process.

The power of questions is that they allow you to take something big and messy, like our observation of the world, and use it to create smaller circles of reality that are more clearly defined. 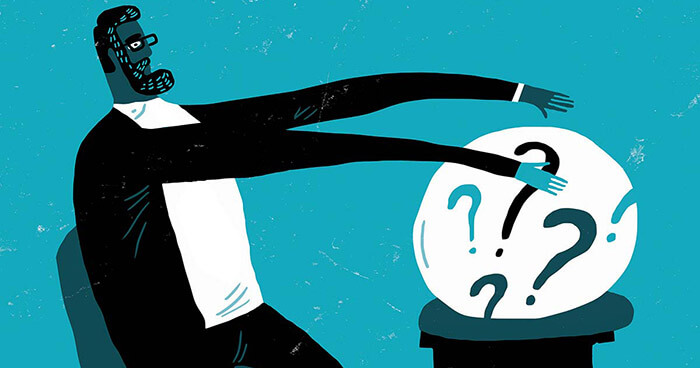 Our love of answers comes from our need for certainty.

It’s creating this definition that really allows you to zone in on things.

Instead of looking for happiness or the meaning of life, you start by first asking the obvious questions that everybody neglects.

What is happiness? Why is knowing the meaning of life relevant?

Much of the time, the more you ask and the smaller your circle of reality gets, the more you realize that many of these questions don’t actually require an answer. At least not one that is relevant to your life.

Other times, you’re able to focus in beyond the surface-level assumptions that drive the need for an answer. The result is often the realization of a core truth that generally has nothing to do with the initial starting point.

Questions are what truly matter.

Einstein got a taste of his future theory by first asking himself what it would be like to ride a light wave like a surfer rides an ocean wave.

Da Vinci spent his time asking so many questions in his famous notebooks that eventually those questions couldn’t help but lead to an answer. 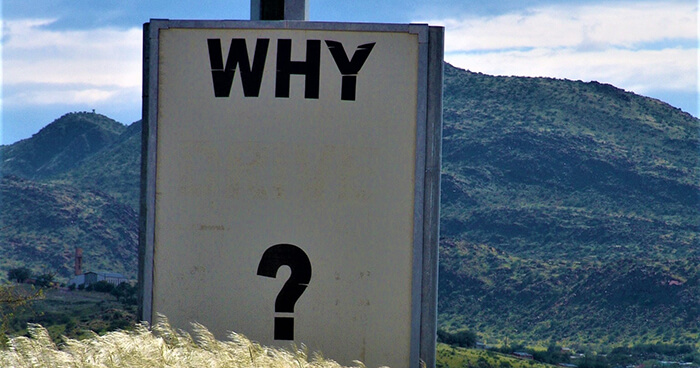 Questions are what truly matter.

If you look at the life of any introspective genius, you’ll notice a similar underlying curiosity. This curiosity is slow to seek certainty because it’s busy getting the context right. Paradoxically, that’s ultimately what leads it to the right answer, rather than any random one.

In the words of one of my personal heroes, Bertrand Russell:

The greatest challenge to any thinker is stating the problem in a way that will allow a solution.

We all have a natural tendency to get stuck focusing on surface-level problems that are so far detached from the reality we’re actually trying to understand that we end up pushing ourselves in the wrong direction.

The good news is that it doesn’t take a genius to remedy it. It just requires us to be more aware and less attached to discovering pre-packaged solutions.

A lot of the confusion in life stems from an inability to narrow down reality to the part of it that actually matters for our intents and purposes.

Luckily, if you ask the right questions, that’s entirely solvable.

My god, this has given me a hand today. It is an unexpectedly perfect turn in my meandering path. It’s been a rough three years since I woke up…late in the game. (This round)

Great work, in order to recognise a question, we must first be open minded enough to be able to accept the answer, this coinsides with remaining aware that we ourselves are not immune to cognative dissonance. We must observe our thoughts. Just my 2 cents, valid or not…