How to Stop Attacking Yourself

BY Mark Hyman
Welcome to UPLIFT
Loving Yourself
How to Stop Attacking Yourself
Are You Inflamed?

Inflammation is a ‘hot’ topic in medicine. It appears connected to almost every known chronic disease — from heart disease to cancer, diabetes to obesity, autism to dementia, and even depression.

Other inflammatory diseases such as allergies, asthma, arthritis, and autoimmune disease are increasing at dramatic rates. As physicians, we are trained to shut off inflammation with aspirin, anti-inflammatory medication (such as Advil or Motrin), steroids, and increasingly more powerful immune suppressing medication with serious side effects.

But we are not trained to find and treat the underlying causes of inflammation in chronic disease. Hidden allergens, infections, environmental toxins, an inflammatory diet, and stress are the real causes of these inflammatory conditions. 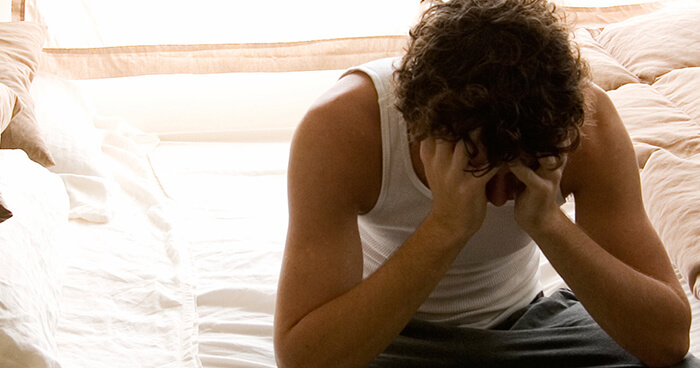 These are often addressed by powerful immune suppressing medication but don’t address the cause. That’s like taking a lot of aspirin while you are standing on a tack. The real treatment is not more aspirin or a strong immune suppressant, but removing the tack.

If you want to cool off inflammation in the body, you must find the source. Treat the fire, not the smoke. In medicine, we are mostly taught to diagnose disease by symptoms, NOT by their underlying cause.

What is Functional Medicine?

Functional medicine, the emerging 21st-century paradigm of systems medicine, teaches us to treat the cause, not only the symptoms; to ask the question WHY are you sick, not only WHAT disease do you have.

I recently participated in a group discussion with a conventional doctor, a rheumatologist, and patient with an autoimmune disease, and one of my patients who was cured of a complex autoimmune disease by addressing the causes. 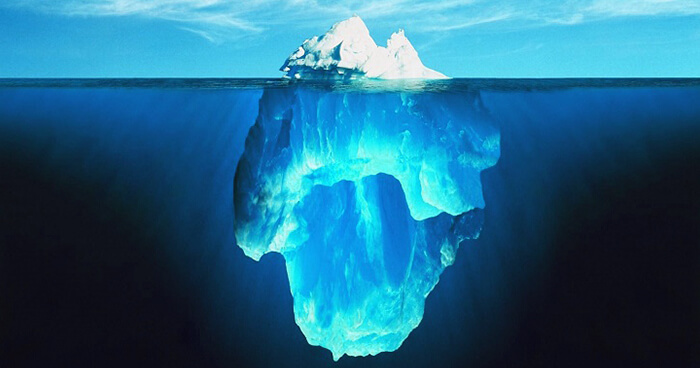 Symptoms are only the tip of the iceberg. The real issue lies beneath the surface.

The focus of the other doctors, however, was how to suppress the inflammation with medication, not finding and treating the cause. Functional medicine is a different way of thinking about diseases. It helps us understand and treat the real causes of inflammation instead of finding ways to shut down the symptoms. Medicine, as it is practised today, is like taking the battery out of a smoke detector while a fire burns down your house!

Autoimmune conditions are connected by one central biochemical process: A runaway immune response, also known as systemic inflammation, that results in your body attacking its own tissues.

When my patient described how he cured his autoimmune disease by finding and eliminating the causes of inflammation in his diet and environment, it was dismissed as a ‘spontaneous remission’. In the face of a paradigm-shattering medical case, these doctors were hardly curious and instead were quickly dismissive; simply describing it as anecdotal.

My patient on that panel, a hard-working 46-year-old father of three, was once so inflamed he could barely function. By treating the underlying causes of his inflammation, he is now in vibrant good health and enjoying his life with his kids, whom he is now fully capable of caring for. 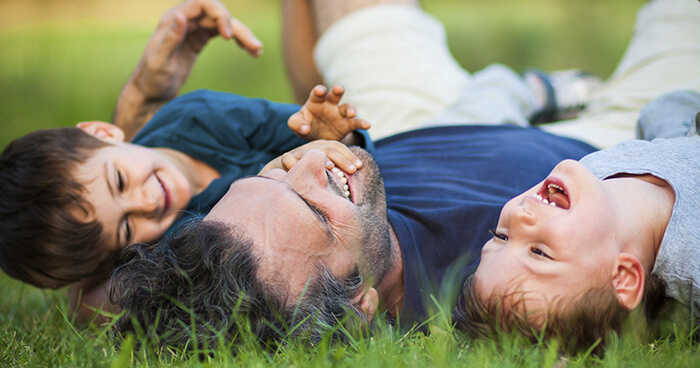 Finding the cause of our ailments, and treating those, is how we regain our vibrancy of life.

Stories like these are not anecdotes but a giant compass, pointing us in the direction we should be looking to find answers to our health problems.

By understanding what autoimmunity is, how inflammation spirals out of control and describing some of the underlying causes of these fires in the body, autoimmune issues, ranging from allergies to arthritis, can be overcome.

Autoimmunity: What it is and How Does it Occur?

These are all autoimmune conditions, and at their root, they are connected by one central biochemical process: a runaway immune response, also known as systemic inflammation, that results in your body attacking its own tissues.

Your immune system is your defence against invaders. It is your internal army and has to clearly distinguish friend from foe — to know you from others. Autoimmunity occurs when your immune system gets confused and your own tissues get caught in friendly cross-fire. 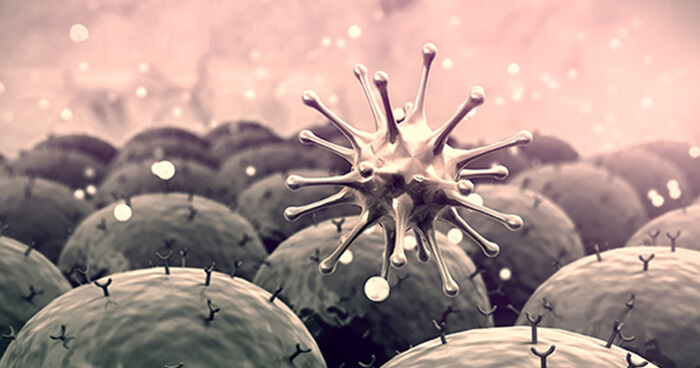 Your immune system detects invaders, and works to eliminate them.

Your body is fighting something — an infection, a toxin, an allergen, a food or the stress response — and somehow it redirects its hostile attack on your joints, your brain, your thyroid, your gut, your skin, or sometimes your whole body.

This immune confusion is a result of what is referred to as ‘molecular mimicry’. Conventional approaches don’t have a method for finding the insult causing the problem, however, functional medicine provides a map to find out which molecule the cells are mimicking.

If you grew up on a farm with lots of animals, you are also less likely to have any of these inflammatory disorders. Playing in the dirt, being dirty, and being exposed to bugs and infections trains your immune system to recognize what is foreign and what is ‘you’. 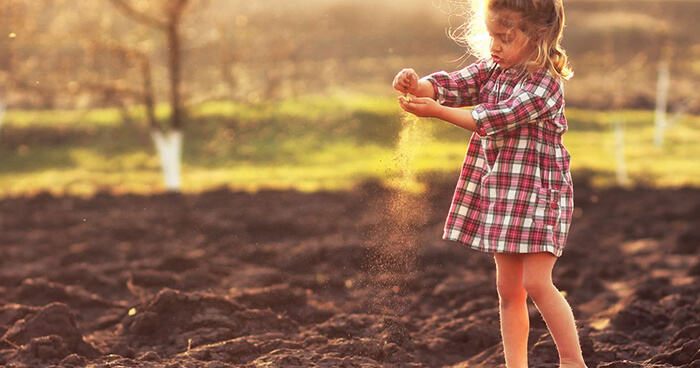 Exposure to dirt and ‘bugs’ as a child actually strengthens your immune system.

In this country, autoimmune diseases are a huge health burden. They are the eighth leading cause of death among women; shortening the average patient’s lifespan by eight years. The annual health care cost for autoimmune diseases is $120 billion a year, representing nearly twice the economic health care burden of cancer (about $70 billion a year). (i)

Unfortunately, many of the conventional treatments available can make you feel worse. Anti-inflammatory drugs like Advil, steroids, immune suppressants like methotrexate, and the new TNF-alpha blockers like Enbrel or Remicade can lead to intestinal bleeding, kidney failure, depression, psychosis, osteoporosis, muscle loss, and diabetes, not to mention overwhelming infection and cancer.(ii)
[signupbanner]
When used selectively these drugs can help people get their lives back. But they are not a long-term solution. They shouldn’t be the end of treatment, but a bridge to cool off inflammation while we treat the underlying cause of the disease.

There is another way to deal with autoimmune conditions. Here is an example.

Recovering from Autoimmunity: Addressing the Root Causes of Inflammation.

My patient, Sam, ended up on a long misadventure through the medical system before he came to see me. For years he went from doctor to doctor, getting all kinds of labels for his problems, but no real help in treating them.

This hard-working, once healthy trade professional had suddenly developed a series of inflammatory conditions, including chronic sinus and prostate infections. Many doctors gave him antibiotics for these infections.

Shortly thereafter, he developed severe chest pains and went to the emergency room. While he was there, doctors found swollen lymph nodes and told him he had lymphoma, a form of cancer. For three weeks he lived in despair until the biopsy results came back. It turned out he didn’t have cancer but an autoimmune disease. Which autoimmune disease? The doctors weren’t quite sure… 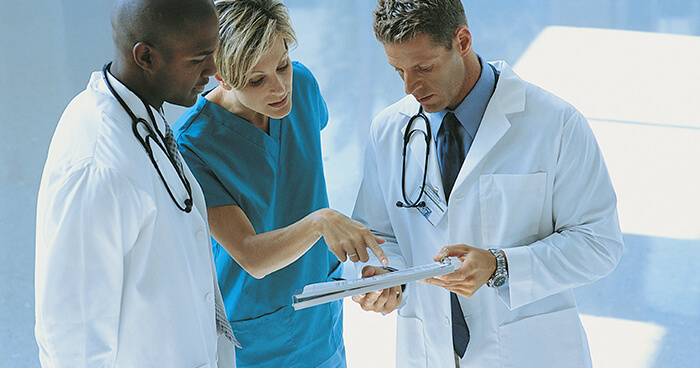 Not addressing the core issue will only lead to more problems in the long term.

He had many abnormal blood test results — like low white blood cell and platelet counts, high levels of auto-antibodies of all types (antibodies that attack our own tissues), high immunoglobulins (the foot soldiers of the immune system), and autoimmune thyroid disease. But doctors had a hard time putting their finger on what was wrong. They couldn’t label him.

Meanwhile, Sam developed metabolic syndrome and weight gain (pre-diabetes) as a result of the runaway inflammation in his body. Using a functional medicine approach; a new way of thinking about the underlying causes and imbalances in chronic disease, I began by asking Sam some simple questions. Then I went hunting for toxins, allergens, and infections — all common causes of inflammation — and found the real causes of his symptoms.

He had taken so many antibiotics that altered his gut flora or bacteria and promoted yeast overgrowth. Fungus and yeast flourished in his body, growing between his toes, on his toenails, in his crotch, and scalp. He had Helicobacter pylori bacteria in his gut. He had a leaky gut and reacted to many foods, including dairy and gluten. He was exposed to toxins at his job and had high levels of mercury. And he had chronic sinus infections. 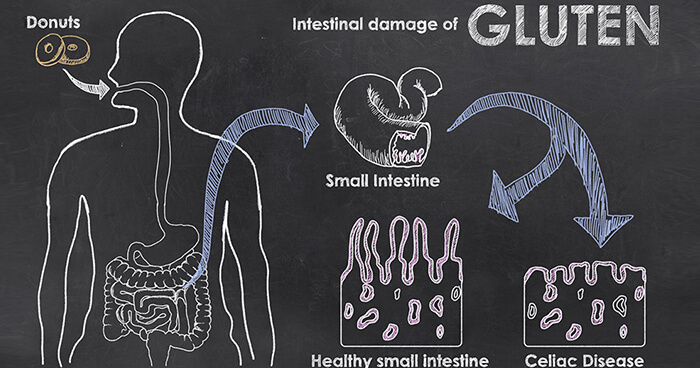 So we went to work cleaning his ‘house’. I treated his yeast with antifungals and the H. pylori with antibiotics, got rid of his food allergies, fixed his gut, detoxified him from metals, and cleaned up his sinuses.

Then I helped heal his immune system by supporting it with nutrients – zinc, fish oil, vitamin D, herbs, and probiotics, and put him on a clean, whole-foods, allergen-free, anti-inflammatory diet.

At his next follow-up visit, he was feeling a lot better. His memory, concentration, and energy levels were all much better, and he’d lost weight. When his labs came in, they confirmed this — they were all back to normal. His white cells had increased and his immune markers had calmed way down.

Sam’s results simply reflect the application of a new model of thinking about problems, called functional medicine — a way to get to the root of health problems and treat the underlying causes of what ails you, instead of suppressing symptoms with medications. 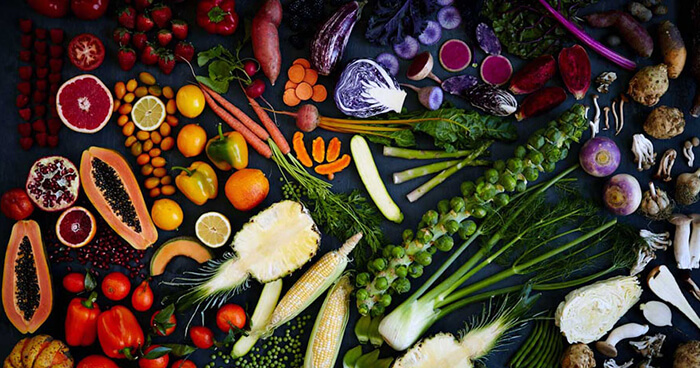 A healthy and wholesome diet is an important part of maintaining our health.

If you have an autoimmune disease, here is what you need to think about and do.

Give these steps a try and you will likely start feeling less inflamed. The answers are right in front of you. Treat the underlying causes of your illness and you will begin to experience vibrant health once more.

You could also get cured too ..

The Medicine are not 100% effective so your reasoning is flawed.

I have to thank you for the efforts you have put in penning this
site. I am hoping to view the same high-grade blog posts from
you later on as well. In truth, your creative writing abilities has inspired me to get my own, personal website now 😉

I was diagnosed with Hep B way back in 2013 when I was supposed to donate blood to my nephew. It was normal to do laboratory check on my blood hence it was found out that I’m reactive to the illness. I’m very depressed and demoralized since this disease has been unacceptable just like the unpopularity of AIDS. I was so nervous that I’ve got ashamed to talk with other people onward, so my mom subjected me to series of tests so that damage to the liver may be traced. The doctor told me that; YES i am chronic carrier, i was so depressed was thinking of committing suicide, till i came across a forum on internet, about MED LAB TEC who cured various diseases like Hepatitis B, Herpes, liver fluke HIV and others, without wasting time, i contacted them and i get medication from them and after the days given to me, I just went back to my doctor and they also carry out the test again, and i was negative of Hepatitis B. Please contact this MED LAB TEC if you are hepatitis B positive or any kind of diseases herbal medicine are indeed best remendy; their email is: medlabtec(AT)mail(DOT)com whatsApp him on Mobile: +14243847770. Beware of copyright to this authentication.

1. The pharmaceutical companies have a vested interest in keeping people ill. Billions of dollars of interest.
2. People need to take responsibility for their health. Popping a pill is not a cure-all solution.
3. Medical schools need to shift their focus from palliative care to whole person care.
4. Pharmaceutical companies should not be able to influence medical students/staff with funding projects and studies. It’s a conflict of interest.
5. See number 1.