How to Start a Food Revolution

BY Sofia Marbach
Welcome to UPLIFT
How to Start a Food Revolution
Can Growing your own Food change the World? From the WW1 Victory Gardens to Modern Permaculture, the Revolution has always been in our Hands.

To grow your own food, and provide for yourself, is nothing short of a revolutionary act in today’s world. The benefits are so monumental, and flow into all areas of your life, that it is surprising to hear so many people say they just don’t have the time to garden. Localizing food production, by bringing it into each and every household, has tremendous effects on your sense of wellbeing, connection and sovereignty. Spiritually you ground yourself into life itself, rooting yourself with the connection to everything that is real and good about life. Flowing with life force, and creation, your life will change. Eating organic, wholesome, non GMO food, your life will change. Being connected to where your food comes from and responsible for creating it, is life changing. Indigenous peoples have this strong connection with the land and the source of their food, and many more traditional cultures across the world ensure that their family has the ability to grow their own food, be it with a little rice paddy behind their home, or a vegetable garden beside their business. Interestingly in the West, the localised food movement grew during war time in the last century.

The Victory Garden of the first half of the twentieth century was coined in support of the military goals of the United States during World Wars I and II. Front lawns, backyards, public parks, apartment rooftops, and empty lots across the country were reimagined as gardens to ease the pressure from the war effort on public food supply. Millions of people took concrete action in collective support of this singular goal. Today the same mode of action holds relevant to a different fight—one for community empowerment, independence from the corporate food system, and reconnection with the Earth. 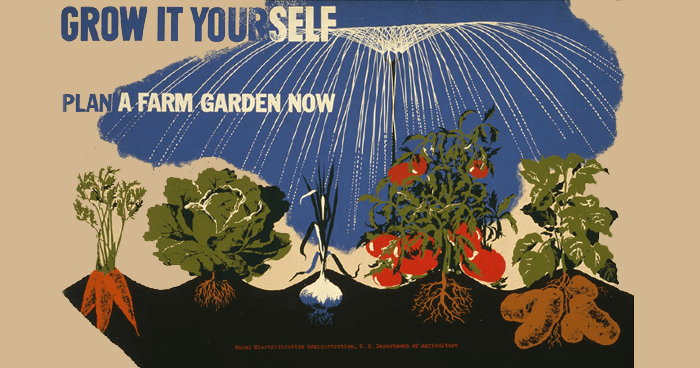 The National War Garden Commission was founded just before the United States entered World War I in 1917. Its intention was to promote self-sufficiency and home-based food production so that government exports to European allies under pressure could increase. A U.S. School Garden Army was even created by the Bureau of Education to encourage the youngest citizens to help in “sowing the seeds of victory.”

The major success of millions of new garden plots trailed off after the war but many were maintained and Victory Garden campaigns were regenerated during World War II, especially important with the introduction of food rationing in 1942. This increased pressure made at-home fruit, vegetable, and herb gardens even more prolific. First Lady Eleanor Roosevelt planted beds on the White House Lawn in solidarity. By the end of the war, U.S. Victory Gardens were growing more than 40% of the country’s vegetables. 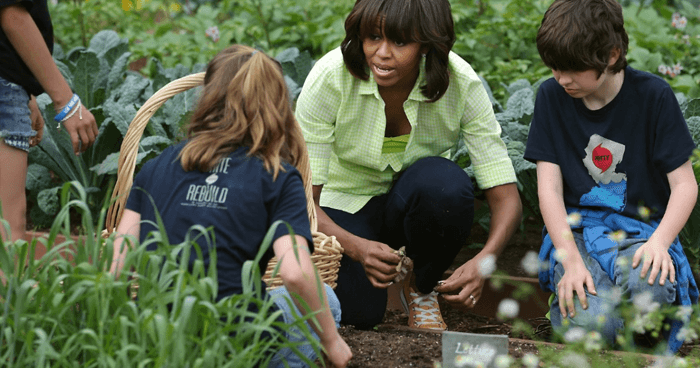 U.S. First Lady Michelle Obama is responsible for the first vegetable garden at the White House since the Roosevelts were residents. “We have a wonderful history in this country of community gardening,” she says, “and somehow along the way we lost that tradition.”

A localized food revolution is necessary and possible now. We still need Victory Gardens. But “victory” is leaving behind antiquated military connotations in favor of victory for contemporary social and environmental justice. As modern Victory Gardeners, we fight for sovereignty from corporate food systems, improved public health, community empowerment, and rejuvenation for the Earth. 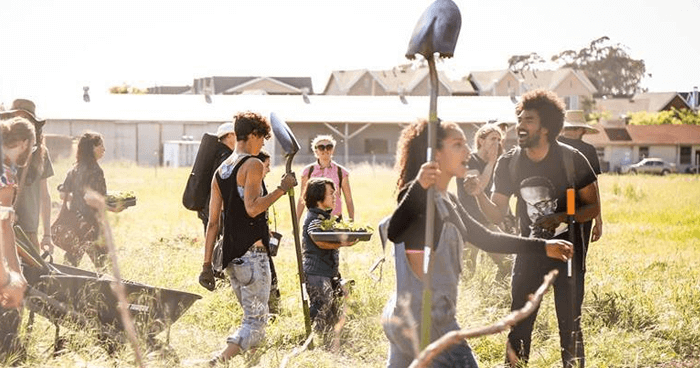 A localized food revolution is necessary and possible now

Food security is critical today, and increasingly threatened by climate change and the demands of population growth. Huge inequalities exist in terms of food access both within the U.S. and on an international scale. As of 2014, 48.1 million Americans lived in food insecure households, with single parent families and minorities disproportionately affected. According to the United Nation’s World Food Programme,

Some 795 million people in the world do not have enough food to lead a healthy active life.

The prevalence of food deserts in the U.S., areas where access to affordable, healthy food options, particularly fresh produce, is restricted or nonexistent due to the absence of grocery stores. Socioeconomic limits create dietary limits. What is often called the “convenience store diet” of heavily processed foods plays a huge part in the epidemic that is high rates of obesity, heart disease, and type 2 diabetes in the country. 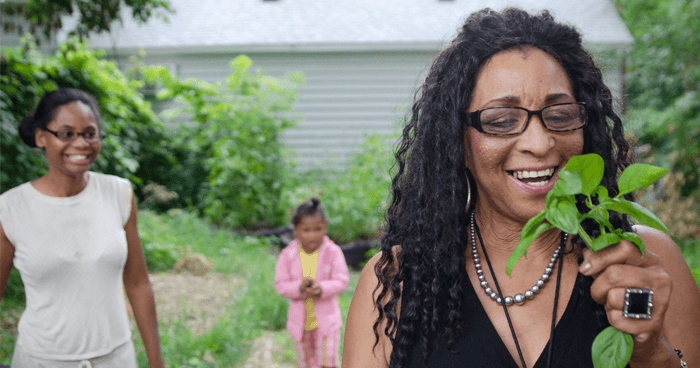 Victory Gardens mean big things too for environmental health. They have the power to reduce our collective carbon footprint by acting as carbon sinks. Growing food in your own community means less fossil fuels used for food transportation. Reimagining your lawn, or the empty lot around the corner, as an organic food forest can hugely improve soil quality, counter large-scale use of pesticides, and sequester carbon dioxide.

You might find that caring for the Earth and life-giving soil in this way can even improve your own mental and spiritual wellbeing. Gardening on any scale has the therapeutic power to heal our relationship to the Earth. 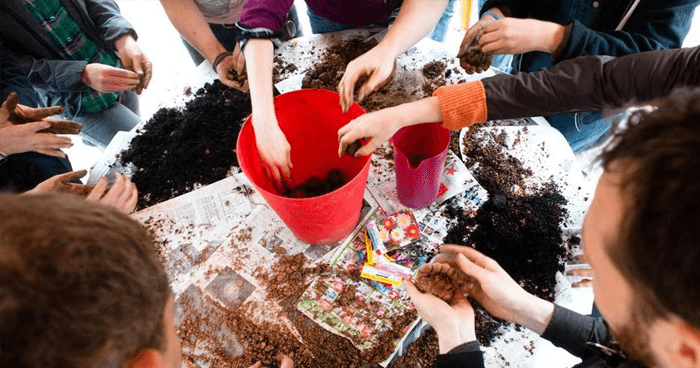 Caring for the Earth

Whether you already have a thriving backyard garden or you’ve never even kept a house plant, there are steps you can take to become a part of the movement. There are a plethora of how-tos and guides available to get you going. If you’re already an expert gardener, find a friend, organization, or community that could use your help and expertise. Don’t let space limit you! Windowsills and fire escapes make great spots for planters and a number of vegetables can thrive indoors. If you have a busy life or work week, consider planting a low-maintenance weekend garden or volunteering the time you do have at a community garden or free farm stand.

Something as simple as planting a garden has the profound ability to change the dream of the modern world.