How to Make Resolutions You Can Actually Keep

Now’s the time of year when everyone starts talking about how much they hate New Year’s resolutions… or citing the same data about how they’re never kept… or churning out the same lame advice about how to keep them (oh, ‘habits?’ Hadn’t thought of that—thanks.)

We mess them up every year because we’re not looking at ourselves and our values and wants and needs in the right way. We fix that, the rest will follow.

I freaking love New Year’s resolutions. And I almost always keep them.

I’ve given up alcohol for months at a time, worked out more, eaten better, changed careers, started a business, written a couple of novels, and moved across the country.

And while I’m no certified life coach, I can share what works for me. Spoiler alert, though: it has nothing to do with ‘routine.’ (But on the upside, there’s plenty of advice on that if that’s what you’re looking for.)

I don’t actually use the term ‘resolutions.’

‘Resolutions’ usually feel weird and contrived. They’re amorphous even while being all-encompassing, and they’ve got this whole bad ju-ju, emotional aura about them that rubs most people the wrong way.

The word ‘goals’ is a little better—goals are easier; friendlier. Static, singular, one-and-done things get done. 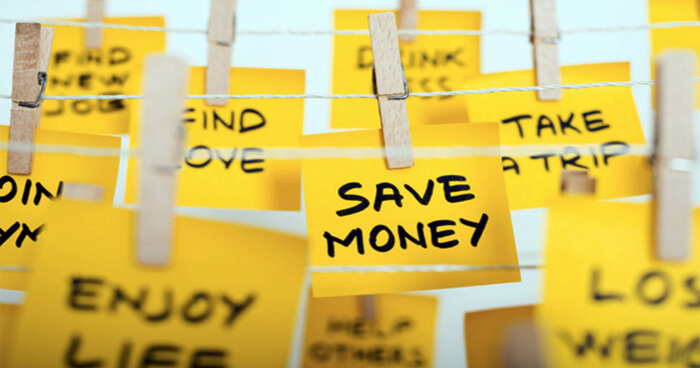 Whether you call them resolutions or goals, it’s your approach that counts.

But to be honest, I usually don’t even think in terms of goals. A goal feels like something external to myself; something optional, even.

The greatest things we accomplish don’t feel external or optional; they feel ingrained as part of our identity. They just are, and then we act to honor them.

But there’s no good word for that, so ‘goals’ is fine. It’s the mindset that matters.

But goal-writing, like many lists, is just self-soothing. It’s a great first step, but it’s not how things are accomplished.

Some readers are going to comment and tell me how important it is to write things down and how the ‘productivity’ and ‘success‘ experts all agree. And dudes, I like Napoleon Hill as much as the next guy, but I’m also honest enough to admit that most of that is circle-jerk that’ll only get you so far.

Plenty of people have accomplished things having never written them down, and tons of people out there obsess over lists they never achieve.

For years I occasionally included ‘write a novel.’ And for years I assigned it a deadline of ‘someday’ (and implied seriousness of ‘well… we’ll see.’) 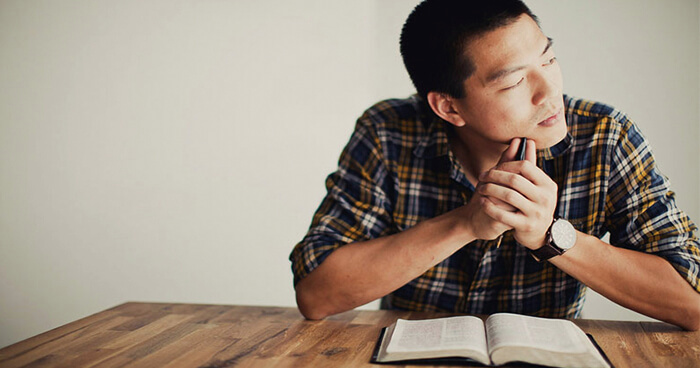 Goal writing is a great first step, but it’s not how things are accomplished.

Here’s how I actually ended up writing one: two days into November 2012, I learned it was “National Novel Writing Month.” Despite a late start (and missing October, which is apparently for outlining), I wrote a novel in two weeks.

If you want to write it down, then do it. I do. But when you’re actually ready, you’ll know and just get it done.

This morning I found a journal entry from March 2013 where I described ‘my ideal life in, like, 3 years.’ It included waking up at 5:30 am, walking my dog, getting coffee. I wanted to ‘write for about an hour or so—maybe a little longer. Then start working.’ I speculated I’d wear ‘high-quality jeans and a blazer, or something.’

My ex took the dog and I prefer cheap jeans and no blazers, but I do wake up every morning and write ‘for about an hour or so—maybe a little longer.’ And then I do start working. And I defined my work as ‘analysis and communication,’ which may sound nebulous but is exactly what I do.

But in addition, I also wrote about urbanism and anthropology. I was surprised this morning to see I was still talking about either in 2013—I thought I’d left them at the tail end of college—but regardless of when I finally figured it out (and came to terms with the fact that I wasn’t interested in doing that for a living), suffice it to say, this is no longer a goal.

Which means it probably never really was. Not genuinely.

And not seeing that happen is no skin off my back. I’m glad I eventually got clear on what I actually want. 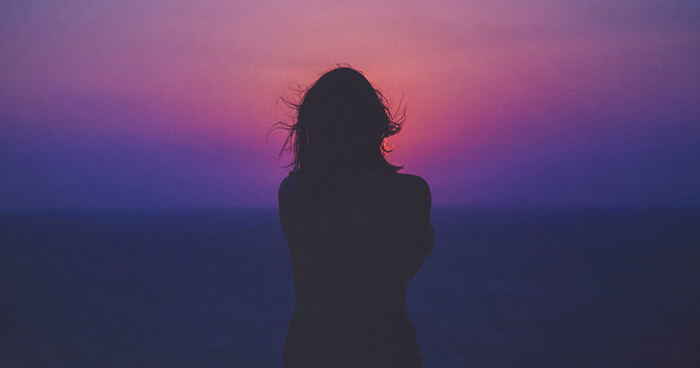 Knowing what you want requires knowing yourself.

For me, it’s work—and people. With ‘work’ defined as: the day job in software, the business, and the writing, (and ‘the writing’ defined as ‘the ideas’ rather than the pieces themselves.)

And ‘people’ defined as: those who matter most to me; i.e., mostly my partner, my clients and readers, and, less directly, my immediate family. (And even less directly than that: the entirety of the human condition in the abstract, especially in love, but that really just anchors back into the writing.)

For you, it’s probably something else. Maybe your work is defined differently. Maybe you have a family and they’re more important than the work altogether. Maybe your pet projects are most important.

I can’t tell you what’s most important because I don’t know for you.

But the point is: you should.

A lot of people want to talk about ‘balance,’ and how everything else—physical health, leisure, spirituality, etc.—matters too. And yeah, to a large extent, of course it all does. But it’s not all on the same plane because a great way to be mediocre is to be decently good at everything. That’s a recipe for a life of beige. And if that’s what you want, that’s fine—a lot of people actually do, even though they bullshit and tell themselves otherwise—but if you don’t, you have to focus and choose… 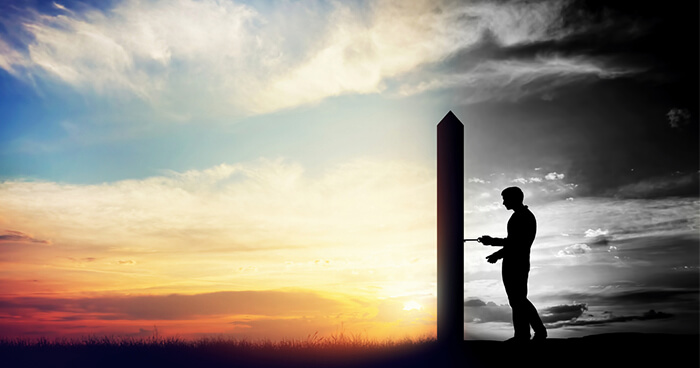 Defining your values is the key to acquiring them.

This is a step that so many people skip, but it’s so incredibly important.

Be clear on what you’re willing to sacrifice to get what you want.

Travel doesn’t matter to me. Bucket lists are bullshit. Even though relationships are 90% of what I think and talk and write about, marriage is not high on my list of priorities and I don’t care about romance or labels.

I openly sacrifice apartment quality to get the cheapest possible place, as close as possible to wherever I work. (Granite countertops mean nothing to me. I cook so rarely–I’ve lived in places without kitchens at all.)

We have to do this with everything in our lives, and our lives overall.

If you’re looking for a robust and meaningful relationship, stop distracting yourself with bullshit. I once knew a girl who said that finding a husband was her number one goal but disqualified a dude who otherwise met her entire checklist because she didn’t like his nose. Noses don’t matter when it comes to a successful marriage.

Again, these might be different for you. You choose.

The Things that Fall in Between

Sometimes things are important but only need to be important in a ‘don’t fuck it up too much’ kind of way. 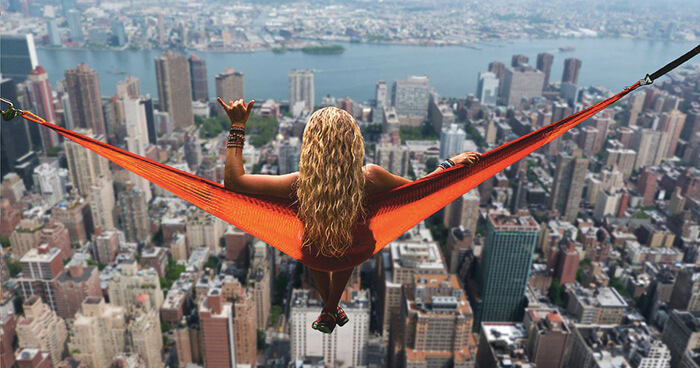 Knowing what you’re willing to sacrifice to get what you want is also very important.

Every year, I find myself writing down a baby fitness goal—three years ago, I wanted to get to ‘one push up.’ I worked on it every day until I could and once I did, I lost all interest. I’m just not that person. I’d much rather diet than exercise—but then again, that’s what introverts do. The gym is for extroverts and sensors.

My point is: figure out what works well enough and move on.

Habits are Never the Solution

Habits are great for ‘the things that fall between’—the ‘maintenance’ things in life, like eating or sleeping. But habits aren’t the secret to greatness.

Nothing big hinges on habits or routine.

If It’s Not Working, Stop Looking Directly at it

The reason we don’t get the things we want is because we don’t want them enough or we want them too badly. Things are rarely what they look like and nothing is really about the thing itself—it all ties back to our emotions and values. 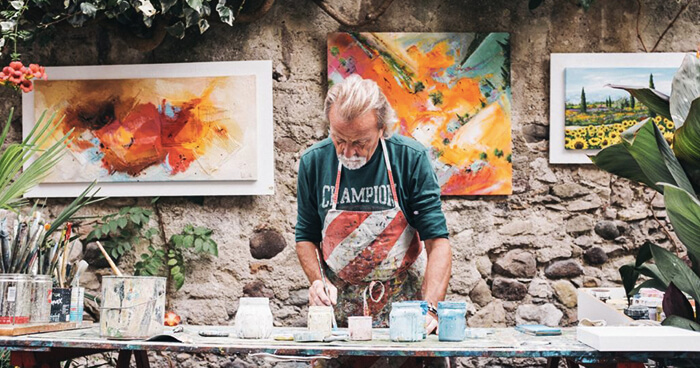 Habits are made automatically by doing the things you want to do.

But then I moved to a state with less midwestern comfort food and started dating someone who eats like a bird and ended up losing the five pounds without even trying.

Everything comes back to our mindset and lifestyle.

Here’s the big, ugly truth about ‘SMART’ (specific, measurable, achievable, realistic, and time-specific) goals that nobody ever talks about:

Let’s take writing since it matters to me. I could list all kinds of metrics on my writing from this year—I went from 0 to nearly 20,000 followers in eight months, I have a quarter of a million views per month, my most popular posts hit tens of thousands, and I’ve been republished and cross-posted in more publications than I even keep track of. 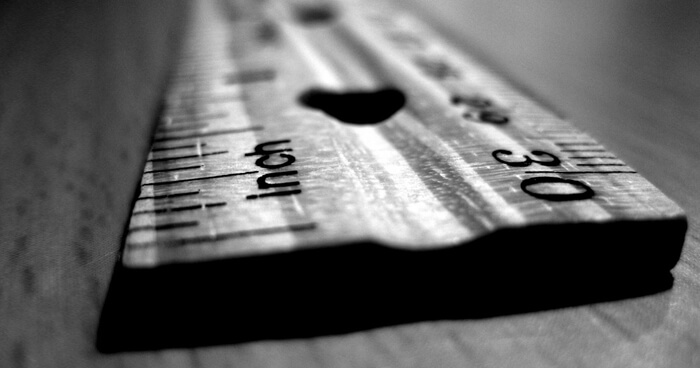 The meaningful things can’t be measured.

Those are numbers. But they aren’t the best way of knowing if your writing is good or going somewhere.

It’s sort of like writing a ‘good’ piece. You can find all kinds of how-tos on optimal word count, title word count, use of numbers and bullets and research—and that’s all true.

But the reality is this: what makes a piece ‘good’ is a massive, remaining immeasurable—a human to human connection that adds value. You share insight that is both personal and powerful, and too many writers skip that first part. Their readers come to them with real needs and emotions, and writers expect to receive them without giving the same. Relationships don’t work like that, and the writer-to-reader connection is a relationship, especially in the reader’s eyes.

If you want resolutions that are measurable, that’s fine. But you’re either have something measurable or you’ll have something that actually matters, so if you pursue the former then it means you messed up the most important step.

How to Keep Your Resolutions

If you’re honest about those two things, it becomes so ingrained that it can’t not happen. It just is. And you just will.