How to Cultivate Belonging in a Divided Culture

BY Kira M. Newman
Welcome to UPLIFT
How to Cultivate Belonging in a Divided Culture
And Why We Need to...

America is in the midst of a spiritual crisis of disconnection—and that’s not my opinion, but a finding from some of the latest research by social scientist Brené Brown.

Her new book, Braving the Wilderness, is about how we can find our sense of belonging in today’s divided political climate. But its lessons apply to anyone who feels as if they don’t belong—in their family, their social circle, or their workplace.

With humor, storytelling, and urgency, Brown identifies what sets apart the people who have found true belonging, and how our society can move past shame and hate toward empathy and connection.

A Crisis of Belonging

But according to Brown’s research, people today feel they are losing that sense of shared humanity. When Brown talks about a spiritual crisis, she’s using a very specific definition of spirituality, one that emerged from the research behind her book The Gifts of Imperfection: The recognition that we’re all “inextricably connected to each other” through love and compassion. She writes:

The world feels… heartbroken to me right now. …We’ve sorted ourselves into factions based on our politics and ideology. We’ve turned away from one another and toward blame and rage. We’re lonely and untethered. And scared. So damn scared.

With emotions running high, many political discussions are dominated by an ‘us vs. them’ mentality: “You’re either with us or against us”; “You either use this language or you’re a racist”; “You either support this policy or you want America to fail.” 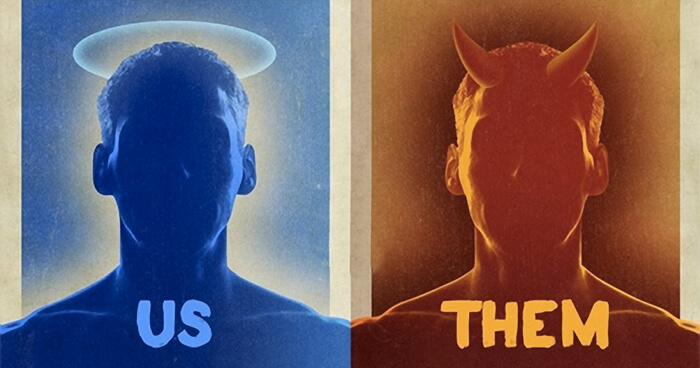 That attitude may encourage people to fall in line, but it isn’t a recipe for belonging or contentment, Brown explains. Even with members of our own political party, we may start to feel anxious about saying the wrong thing, expressing the wrong opinion, and being excluded.

We want to be part of something, but we need it to be real—not conditional or fake or constantly up for negotiation.

At the same time, she says, we’re seeing a trend toward dehumanization: Using images and language to paint the ‘other’ as subhuman. Women on both sides are called bitches; President Trump is photoshopped as a pig, and Eric Trump says critics of his father aren’t even people. Dehumanizing quite literally severs our shared humanity. According to philosopher Michelle Maiese, it also opens the door for us to stop empathizing with others and eventually violate their basic human rights.

The Four Keys to True Belonging

Rather than doing experiments or quantitative analyses, Brown’s qualitative research (much of which has not been published in peer-reviewed journals) involves conducting long interviews with people and then identifying concepts and patterns in what they say. Through this process, she’s discovered four practices shared by people who have a sense of true belonging—actions we should take in our society if we want to come together across our differences.

Rather than judging a group from afar, Brown found, people with a sense of true belonging get to know members of that group. They don’t believe that their kindly Republican neighbor is an exception, but rather one example of the diversity of the party.

People are hard to hate close up. 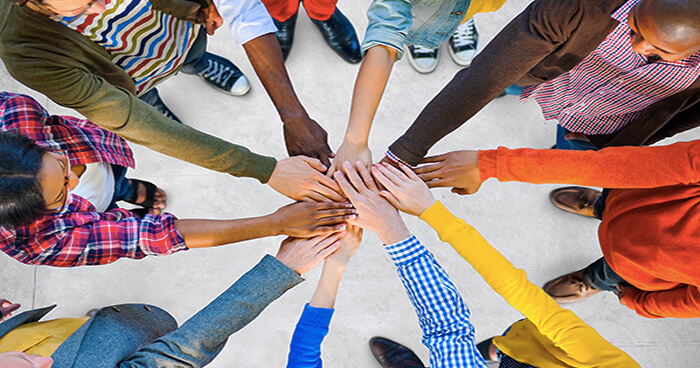 Connecting with people with differing views dissolves the divide.

She cites advice from Dr. Michelle Buck, a professor of leadership at Northwestern University. In difficult discussions, rather than ‘agreeing to disagree,’ Buck encourages people to stay with the conversation and go deeper. Share the reason why the issue or topic is so important to you, she says. When you want to run away or launch an attack, say, “Tell me more.” And always keep an eye on the future and the outcomes that each of you hope for.

The more we’re willing to seek out moments of collective joy and show up for experiences of collective pain—for real, in person, not online—the more difficult it becomes to deny our human connection, even with people we may disagree with. 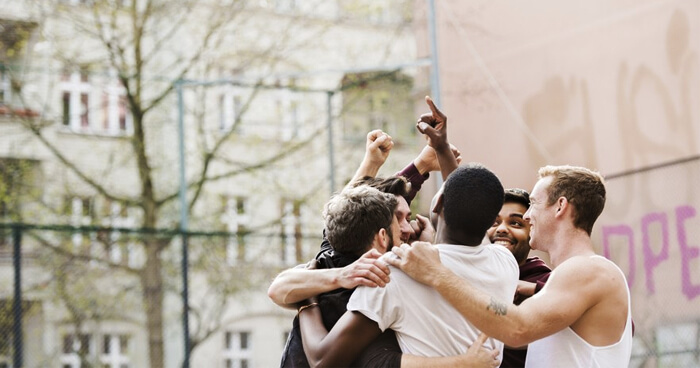 Connecting with people on a deeper level gives us a much greater sense of belonging.

Other research supports this finding. According to a 2017 paper, ‘collective assemblies’ (like games, concerts, or plays) contribute to greater meaning, positive emotions, and social connection in our lives. Sociologist, Émile Durkheim, observed that religious ceremonies sometimes create ‘collective effervescence,’ a sense of shared emotion, connection, and sacredness. When we feel more similar to others, we’ll also feel more concern for them—and, theoretically, listen better and stick it out longer during that hard conversation later.

3. Speak up (nicely) when you disagree

Not all political discussions involve real clashes of opinion these days, Brown observes. Some of the time, we’re faced with ‘bullshit’: People asserting something just because they feel obligated to comment, or because their tribe believes it, or because they think it will help their argument.

According to Brown’s research, the people who feel a sense of belonging don’t stay silent in these situations, but they don’t attack either. They ask for clarification or evidence; they listen; they’re respectful.

What does this look like in practice? Brown recounts a tough conversation she had at an event, while trying to explain her support for responsible gun ownership. When a woman said to her, “You either support guns or you don’t,” she offered this reply:

I know that this is a hard and heartbreaking issue, but I don’t think you’re hearing me. I’m not going to participate in a debate where this issue is reduced to You either support guns or you don’t. It’s too important. If you want to have a longer conversation about it, I’m happy to do that. And I wouldn’t be surprised if the same issues piss us off and scare us. 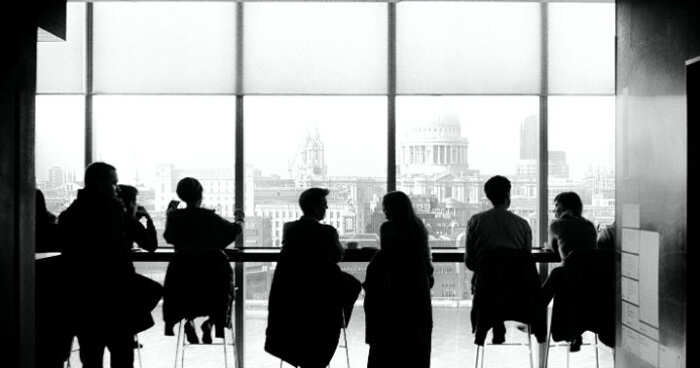 Having a sense of belonging lets us feel comfortable in speaking up, without attacking.

Ultimately, Brown finds, people with a sense of belonging exhibit a paradoxical mix of traits. They have what Zen Buddhist teacher, Joan Halifax, calls a strong back and a soft front: On the one hand, they have principles and boundaries; they will speak up and show you their authentic self, even when it’s uncomfortable. But they’re also compassionate and vulnerable; they don’t lash out or put up a wall in front of their emotions.

The biggest paradox of all, Brown discovered, is that true belonging involves the courage to stand alone. In other words, if we’re too afraid to disagree or rock the boat—whether it’s in our family or our political party—we won’t feel like we truly belong anyway. She offers this daily practice to cultivate belonging: