Why do some people have ideas that have never been thought of before? Are they different or special?

Throughout time, certain people have been considered to be geniuses, gifted, prodigies and somehow unique to other human beings. So are they truly unique, or is there something in the way that they access inspiration that is unique?

Well known authors and teachers, John Gray and Arjuna Ardagh, are working on a new book seeking to understand the “soil in which the seeds of originality – particularly the kind of originality that makes a difference to the world – can grow and flourish.”

They have isolated factors that make originality and brilliance highly predictable. The most important fact, they say, is understanding how thought works. 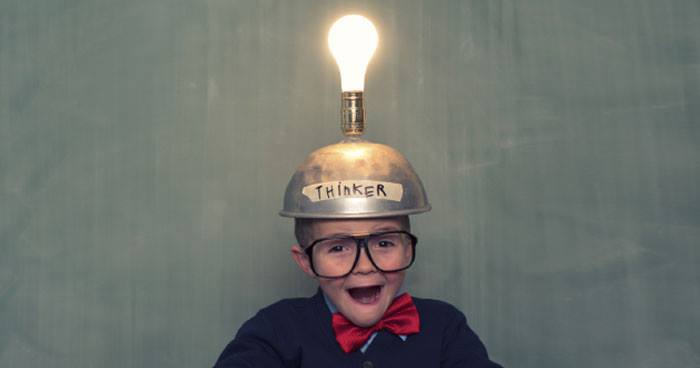 Why do some people have ideas that have never been thought of before?

“On the surface, it might seem that someone like Steve Jobs or Albert Einstein or Jane Goodall are experiencing thoughts in much the same way as anybody else. We might think they’re just having better thoughts, higher quality thoughts. In fact, upon investigation it would seem more accurate to say that there are two quite different ways that thought can originate. On the surface, they could easily be confused with each other, but as we examine the petri dish in which each flourishes, we see that the environment is actually quite different.”  Arjuna Ardagh

Most thoughts are based on imitation and are in fact recycled thoughts. As humans, we are all plugged into the communal thought field around the planet. It’s like being linked into the mind of the planet. However, these ‘recycled’ thoughts are not the only type of thought. 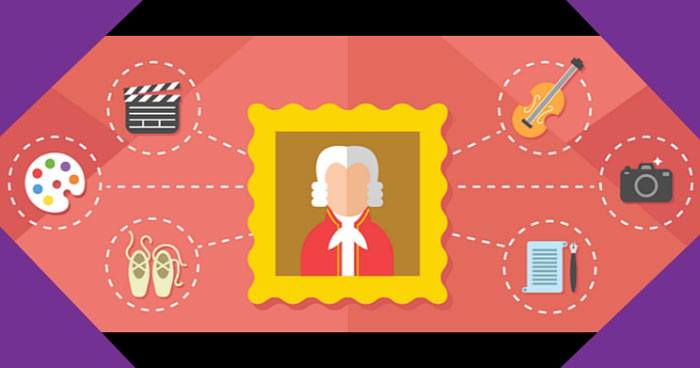 We are all plugged into the communal thought field around the planet.

“There is another entirely different way that thought can come into awareness. It is not widely recognised for two reasons. First of all, the outward expression of this second kind of thought would look almost exactly like the first. But also, it is so extremely rare for human beings to access thought in this second way that it is considered to be obscure, or mystical, or just not ‘normal’. If we were to liken the first kind of thought to a Newtonian view of reality, where A causes B and B causes C and C causes D, this second kind of thought is quantum—where everything arises freshly out of nothing and then disappears back into nothing again.” 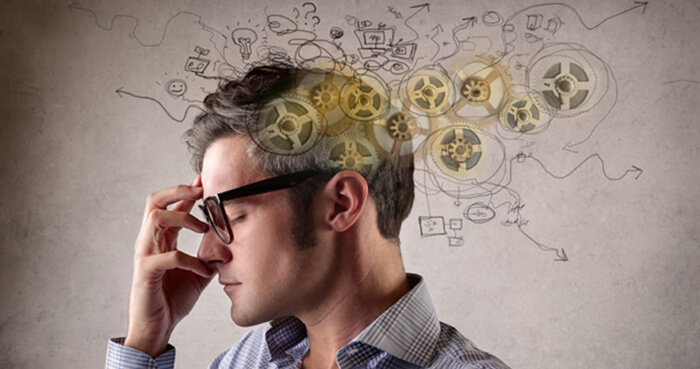 There is another entirely different way that thought can come into awareness.

Albert Einstein came up with the theory of relativity while relaxing in his bath tub. When you let yourself relax deeply, like chocolate melting in the sun, you align with the infinite source of creativity and it creates the possibility for thought to arise out of nothing. Arjuna Ardagh talks about Radical Brilliance or melting what gets in the way of brilliance, or inspired creativity.

“Having radically brilliant ideas that affect huge numbers of people in a positive way is often thought of as the product of good luck, genetics, or a divinely bestowed gift of genius. But the more that we investigate it, the more we discover that there are actually preconditions which make Radical Brilliance a more and more likely accident waiting to happen.” 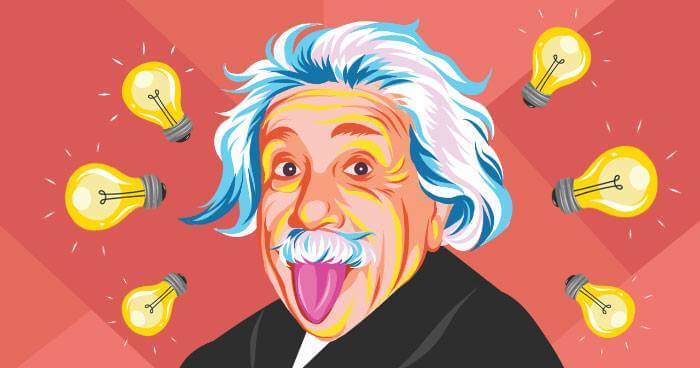 Albert Einstein came up with the theory of relativity while relaxing in his bath tub.

The authors have isolated fifteen different factors that make originality and brilliance highly predictable and you can read more about these in their upcoming book. They have also created a Brilliance Cycle:

The first phase of the Brilliance Cycle is Awakening. Jack Canfield came up with the title for Chicken Soup for the Soul while resting in meditation. Original, great ideas arise not from imitation or “trying,” but from knowing how to let go so completely that you enter into a state of consciousness without boundaries. Traditionally, this has been thought of as the realm of mysticism, but actually it is extremely practical. It is something like plugging an appliance into an electrical socket if you expect it to work.

The second phase of the Brilliance Cycle is Flow. This certainly tends to be the most pleasurable part of the process. For many people, it actually comes after states of deep meditation or rest. It is that time when ideas are just bubbling on their own and you can hardly keep up with them. You may have heard that William Blake would stay up all night with his pen never ceasing to move; it was a kind of automatic writing. His work never needed editing because it just flowed through him—it was perfectly alliterated, it all rhymed. Leonard Cohen speaks about creating his album Ten New Songs in the same way. 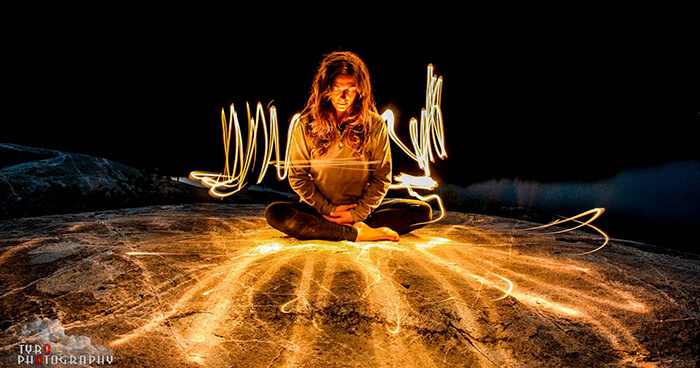 Awakening and Flow are the first two phases. Image from Tyro Photography.

The third phase of the Brilliance Cycle is Action. If you want anybody to eventually hear your music, or read your book, or try out the amazing new gizmo you have invented, it is going to require bringing it out of the clouds and onto the earth. This requires collaboration with other people, meeting deadlines, and often facing unexpected obstacles. It is also the realm where we have to start dealing with money. Because it involves limitations, and working within time, if you stay in this phase for very long you are going to start to experience some degree of stress.

The fourth phase of the Brilliance Cycle is one of Letting Go. It is the whole idea of taking Sunday off after being productive all week. The key thing to understand (which very few people successfully anticipate) is that this phase of the cycle almost always feels horrible. I am sure you know about postpartum depression, which is when a woman feels depleted and hopeless after giving birth, rather than elated.  Many creative people experience their own form of postpartum depression with a project. Just when you have met all the deadlines and completed everything, you feel empty and burned out. But if you are willing to wait patiently through the layers of discomfort, the letting go phase will naturally bring you back into your true self again—into limitless consciousness. 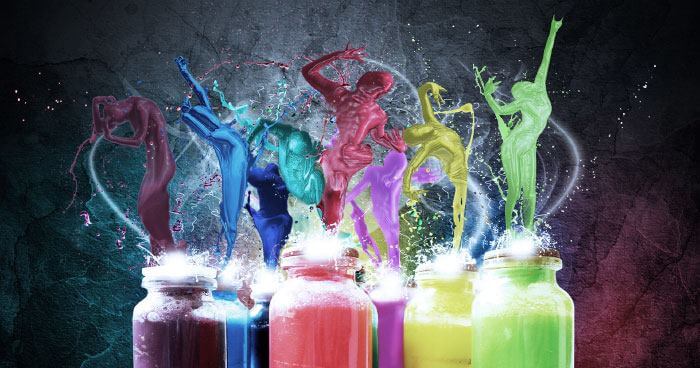 Take Action and then Let Go.

They say you can live through this Brilliance Cycle over the life of a project or on a daily basis, over months and years.

“Everybody is having original, unusual, and brilliant ideas all day long, or at least several times a day. However, most of these ideas—as they bubble up from the source of where all original brilliance comes from—collide with barriers of protection on their way towards the surface in getting expressed.”

According to Arjuna Ardagh, examples of some of the most frequently limiting points of view are:

“If you are willing to experience ‘I am not good enough’ and to let it be true, at least temporarily, it passes through like a traveling salesman to whom you do not answer the door. However, if there is resistance and an unwillingness to experience this point of view as it passes, it gets its foot into the door and you end up buying a whole set of encyclopedias. Learning how to “unresist” experience is the key to unblocking creativity.” Arjuna Ardagh

Azriel, your articulation is elegant, stirring the thoughtmosphere with gentle nudges toward the precipice, ready for flight. It reminded me of Douglas Rushkoff’s observation that the ‘Net’ is driven by an Industrial Age mentality still. Perhaps the upwising takes the initial heart-drive from the Power duo, Tom and Penny, and their Know, Like, Follow and Share wisdom to implementing some sort of flow-of-awareness-infused movement exampled by its constituents. The toughest part is letting go and engaging what shows up fully.

Our mind tends to want to look just past that with anticipation or even expectation. It takes a while to recognize the latter and transform the ego to wego. Perhaps that is the wisdom in American Indians in not allowing admission to councils until age 51. I had a real blessing at 18, after an amazing experience in the Light and Beyond, in a psychiatrist who ‘got’ what it was and assisted me in understanding it. He told me then that folks generally don’t have a spiritual awakening until their mid-40s, if they ever do. 🙂

What it revealed to me over time, and why I got really excited when reading your wisdom above, was the notion of actually being cosmic consciousness condensed into form, mostly unaware of the fact but playing with possibility anyway. Suspending belief systems and acting as if; essentially practicing deep levels of faith, love and trust makes a big difference in creating momentum. I sense a prevailing, if not destined, way to learn how to get along in order to create harmony among people and planet.

Thank you so much, Azriel, for the reflection and stimulation that I’m sure will ripple through my thoughtmosphere, creating those heart-harmonic resonant placid places in the ocean of emotion. May our relation-ships sail well and arrive in safe harbors.