How the Brain Changes When You Meditate

Not too long ago, most of us thought that the brain we’re born with is static—that after a certain age, the neural circuitry cards we’re dealt are the only ones we can play long-term.

Fast-forward a decade or two, and we’re beginning to see the opposite: the brain is designed to adapt constantly. World-renowned neuroscientist Richie Davidson at the Center for Investigating Healthy Minds at the University of Wisconsin-Madison, along with his colleagues, want us to know three things:

It’s hard to comprehend how this is possible. Practicing mindfulness is nothing like taking a pill, or another fix that acts quickly, entering our bloodstream, crossing the Blood-Brain Barrier if needed in order to produce an immediate sensation, or to dull one.

But just as we learn to play the piano through practice, the same goes for cultivating well-being and happiness. Davidson told Mindful last August that the brain keeps changing over its entire lifespan. And he thinks that’s very good news:

We can intentionally shape the direction of plasticity changes in our brain. By focusing on wholesome thoughts, for example, and directing our intentions in those ways, we can potentially influence the plasticity of our brains and shape them in ways that can be beneficial. That leads us to the inevitable conclusion that qualities like warm-heartedness and well-being should best be regarded as skills.

Davidson adds that research on neuroplasticity gives neuroscientists a framework for tracking meditation research. And CIHM is beginning to see that “even short amounts of practice,” like 30 minutes of meditation per day, “can induce measurable changes in the brain” that can be tracked on a brain scanner. 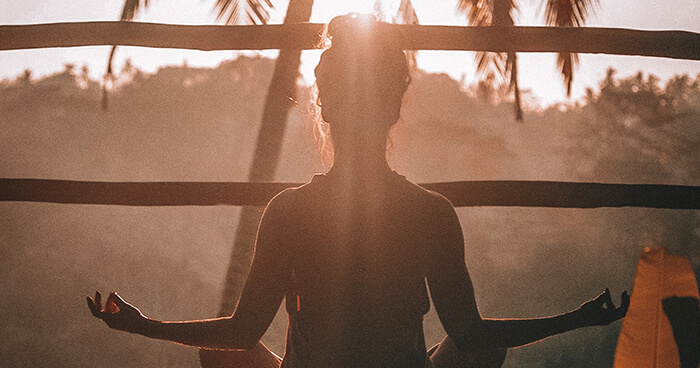 30 minutes of meditation per day can induce measurable changes in the brain. Image: Jared Rice

Based on recent research, I’ve chosen to share four ways your brain may change when you practice mindfulness:

Studies have shown that the amygdala, known as our brain’s “fight or flight” center and the seat of our fearful and anxious emotions, decreases in brain cell volume after mindfulness practice.

Reduced Activity in the Brain’s “Me” Center

Mindfulness practice has been implicated in the decreased activation and the stilling of our Default Mode Network (DMN), which is also sometimes referred to as our wandering “Monkey Minds.” The DMN is active when our minds are directionless as it goes from thought to thought, a response that is sometimes likened to rumination and not always adaptive with regards to overall happiness.

The impact that mindfulness exerts on our brain is borne from routine: a slow, steady, and consistent reckoning of our realities, and the ability to take a step back, become more aware, more accepting, less judgmental, and less reactive. Just as playing the piano over and over again over time strengthens and supports brain networks involved with playing music, mindfulness over time can make the brain, and thus, us, more efficient regulators, with a penchant for pausing to respond to our worlds instead of mindlessly reacting.

The Impacts of Meditation on the Brain - Community Hubb

Thanks for the
explicatory essay.

Meditation is essentially a mental exercise. The supportive roles playable by other layers of
existence do help in making it effective.

You have explained the changes caused by the meditation in the hardware of the brain.

Our learned friend, Ram Singh Sachan, in his comments, speaks of the “willful, proactive and deliberate invocation of ‘thoughts’ during the process of meditation” and ‘the biochemical and bio-physical response of the body’. And, he points out the need of adjusting the meditation with the aim of accumulating the wellness biochemical in the brain and body.

The human mind is described as an inner instrument (anthakkarana). The question, how does
the meditation improve the mind and helps us progress intellectually and spiritually, seems to be more important than its physical effects.

Is the meditation limited to increasing some of the
feel-good factors of physical life? Or, is this just a minor side effect, and there
are some more exciting, subtler effects?

Great news! Even though I knew some of this, instinctively, already. 🙂

What about the Medula Ablongata? Have there been any studies about meditation and this?

The ever changing content of ‘knowledge’ keeps the memory complex always updated and transient. The memory or the stored knowledge , thus, keeps responding to the ever changing external conditions of the ambiance including the body organs.

The ‘thoughts’ are generated as a result of interaction of the ever changing/updating memory complex and the data constantly fed by the sensory apparatus–sight, hearing, tasting, touching and smelling.All the resultant physical, chemical and biological body responses depend on the nature of these thoughts.The ‘events’ get recorded in the memory complex for future use.

The so-called “human free will” starts working immediately after the synthesis of relevant brain tissues after conception.The activity intensifies after birth when direct contact with the outside stimuli is established.The free will, though never absolute in the sense of physics, is felt by the biological systems as personal freedom of ‘choice’ for thoughts, words and actions.Thus it is an illusion in the sense of physics and chemistry but a certainty in terms of biological systems particularly dominant in cyber-centrically evolved human species.

The physics would consider every ‘event’ happening ‘now’ is preceded by the ‘previous event/events’.Therefore any thought, free will or feeling of willful choice has its own ‘history’ of events preceding it.The domain of free will included in it.

The willful, proactive and deliberate invocation of ‘thoughts’ during the process of meditation should work within these parameters of free will.The thought-driven biochemical and bio-physical response of the body would respond accordingly. The nervous system and the endocrine and exo-crine systems of the body are intricately linked to these thought driven processes.The meditation practices, rightly done, should therefore affect the desired changes in the body subject to biological elasticity.

The wellness biochemicals in the brain and body , thus, could be accumulated by rightly conducted meditation sessions.The knowledge of body biochemistry may help decide the correct methods of meditation.

Excellent work. What about the measurement of size of pineal gland? This has not been discussed. We should give more attention to its measurement and and of white matter and hypothalamus.