How Psychedelic Therapy is Helping Veterans with PTSD

This article originally appeared on Reset.me

“They keep giving me new medication, it just keeps me more confused, more in the dark,” an unnamed soldier narrates in the harrowing opening of this promotional video for a documentary called From Shock To Awe, dedicated to exploring the use of psychedelic substances to treat post-traumatic stress disorder (PTSD) in veterans.

PTSD is a plague on American veterans of wars in Iraq, Afghanistan, Vietnam and other theaters, and conventional treatments are failing to address the crisis. In fact, according to a widely-cited 2012 report by the Department of Veterans Affairs, 22 former American service members commit suicide every day.

“It broke my heart to learn that so many of our veterans are experiencing PTSD,” says Janine Sagert, a psychologist and content producer of From Shock to Awe. “Most of them are not getting relief from their suffering.” Sagert is working with director Luc Côté, who also directed the 2006 documentary Crash Landing, which depicted the suffering experienced by veterans who return home from war with PTSD. The pair recently launched an Indiegogo campaign aimed at raising $150,000 to support the production of their film.

“Most of the treatments now offered by the VA are pharmaceutical,” Sagert says. “Our vets receive prescriptions for drug after drug, which combined leave them feeling like zombies — suicidal and depressed. That’s no way to live. They deserve better.” 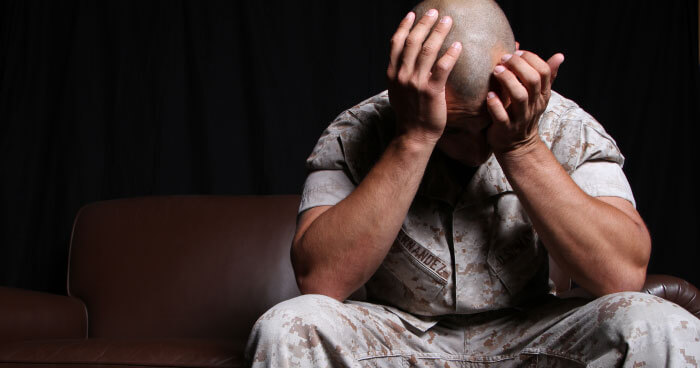 With so many veteran suicides, should we be looking at new therapies?

But the documentary promises a message of hope as well. It’s devoted to “not just the pain our vets are suffering from PTSD but the healing that psychedelic-assisted psychotherapy can bring them,” the Indiegogo page states. “We believe these substances should be legally available for responsible use in therapeutic and spiritual settings for everyone — especially for veterans with PTSD.”

One study, performed by the Multidisciplinary Association for Psychedelic Studies (MAPS), found that 83 percent of veterans who were treated with MDMA reported that their PTSD was gone after their sessions, while only 25 percent reported success after conventional therapy.

“The difference that I see between the two is that one of them can take a very long time, and that usually with MDMA psychotherapy, it’s very fast,” Marcela Ot’alora, principal investigator for the MAPS MDMA study, says in the From Shock To Awe trailer. “A lot of people say it’s like three years of therapy in an eight hour session.”

Another psychedelic that could be a game-changer for those suffering from the aftereffects of war and trauma is ayahuasca. The substance, brewed from plants that are indigenous to the Amazon jungle, which has been used for centuries for healing and religious ceremonies, shows great promise in helping people address their anger, anxiety and other symptoms of PTSD. 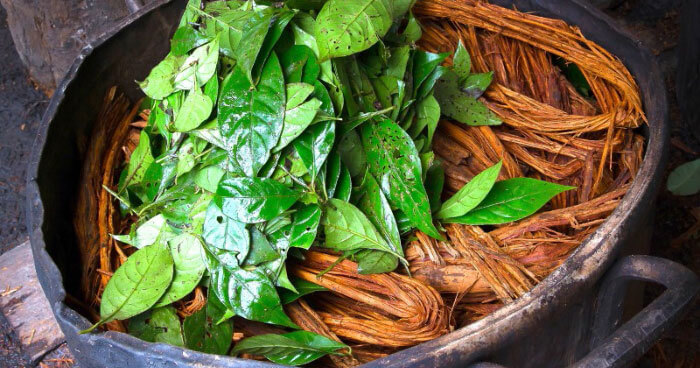 How many more need to die?

“If ayahuasca can do anything for veterans, it shows them that there is a peace that you have within you, and you can cultivate that peace,” Marine veteran Ryan LeCompte says in the video. “And to me that’s all the hope somebody needs, when they’re that low.”

Finally, cannabis has been cited as invaluable by numerous veterans in helping them manage their PTSD. “Necessity converted me to cannabis,” former service member Ricardo Pereyda says. “What it’s done, is one little plant has taken the place of all these different pharmaceuticals I was given. For my pain, for my anger, for my mood stabilization, for my appetite.”

Currently, MDMA, ayahuasca and cannabis are all strictly prohibited by the U.S. federal government, classified as drugs of abuse with no medical value. The documentary aims to provide evidence to the contrary, and show how these substances can and do save lives. “How many more need to die?” Sagert asks.

From Shock to Awe: The Trailer

Veterans Speak and We Believe Them

A hearing was held in Frankfort Kentucky of the Kentucky Assembly Interim Joint Committee on Veterans, Military Affairs and Public Protection, focusing on Veteran Post Traumatic Stress Disorder. (PTSD) The Veterans Administration testified that there are 350,000 cases of Veteran PTSD among Iraq and Afghanistan Veterans. Around the same time the Vietnam Veterans
Longitudinal study reported 283,000 cases of PTSD among Vietnam Veterans for a
total of 633,000 cases of PTSD. This total does not include Korean, Cold or Gulf war
Veterans. Include them and we are easily looking at 3 quarters of a million cases of PTSD among the Veteran population.

Given the VA reported high number of suicides among Veterans and the fact that PTSD sufferers can be driven to extremes of self-destruction and violence by this condition and one can only conclude that we are witnessing a situation of epidemic proportions.

The VA testified in the Kentucky hearing that despite all the drugs and therapies used there has been little success in dealing with this condition and no drug can be said to work for PTSD. Veterans report being overloaded with treatments and enough drugs to choke a horse all with little to no relief. The lousy success rate at the Veterans Administration
has led many Veterans to turn to medical cannabis for relief from PTSD and chronic pain. They report great success and we believe them!

Veterans applying for the New Mexico Medical Marijuana Program report an average of a 75% reduction in their PTSD symptoms when using medical cannabis and many say medical cannabis has saved their lives and we believe them.

Veterans in States with medical marijuana programs are having great success and only run into trouble when, contrary to their own rules, the VA decides to withhold treatment because a Veteran tested positive in a routine urine test.

We have a conundrum that could not be more obvious. We have an epidemic of Post Traumatic Stress Disorder among the Veteran population and the most successful treatment for it is illegal under Federal law!

We suggest that until Congress acts, the President expand the old Investigative New Drug Program, sometimes called the Compassionate Care Program that was killed by President HR Bush. Patients enrolled when that program was shut down sued and to this day the surviving patients receive a tin of 300 marijuana cigarettes every month from the Federal Marijuana Farm at the University of Mississippi. There is no reason this program could not be expanded to
help our Veterans. Tailor it to Veterans and have the VA Doctors do the applications.
In states with a medical cannabis program the local VA could do a simple voucher program and for Veterans not in medical cannabis states simply send them a tin from Mississippi as they do now.We can begin right now to help these Veterans to a better life without waiting for a dysfunctional Congress to act.

You know if we were out on patrol and a soldier came
running up and said, “There’s a machine gun right around the bend!”, we would
believe them!

These Veterans are coming to us and telling us, “This
Medicine works!”, and we believe them!

We call on the Veterans Administration, the Federal
Government and the Kentucky General Assembly to believe them as well!