How Intelligence is Inherited from Mothers

BY Jennifer Delgado
Welcome to UPLIFT
The Science of Love
How Intelligence is Inherited from Mothers
Can We Thank Our Mums For Our Brain Power?

Smart people should thank their mothers because, according to researchers, their mothers are principally responsible for transmitting the intelligence genes. Perhaps this new information from science will begin to dispell stereotypes that have survived over centuries.

Science shows that there are “conditioned genes” that behave differently, depending on their origin. Basically, these genes have a kind of biochemical tag, which allows you to trace the origin, and whether they are active or not, within the progeny cells. Interestingly, some of these affected genes work only if they come from the mother. If that same gene is inherited from the father, it is deactivated. Obviously, other genes work in the opposite way and are activated only if they come from the father.

We already knew that intelligence has a hereditary component, but until a few years ago we thought that much of it depended on the father. However, several studies revealed that children are more likely to inherit intelligence from the mother because intelligence genes are located on chromosome X. 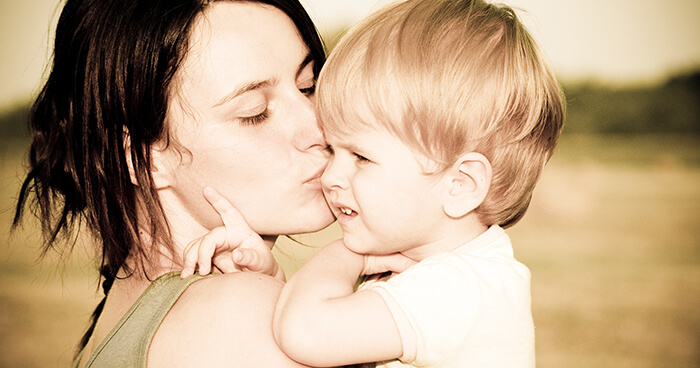 Mothers are principally responsible for transmitting the intelligence genes.

Mother’s genes go directly to the cerebral cortex, those of the father to the limbic system

One of the first studies in this area was conducted in 1984 at the University of Cambridge, and much research followed over the years. In these studies, the co-evolution of the brain and the conditioning of the genome was analysed to conclude that the maternal genes contribute most to the development of the thought centers in the brain.

During the first experiment, researchers created the embryos of special rats that only have genes of the mother or the father. But when they transferred them to the uterus of an adult rat, the embryos died. So it was discovered that there are conditioned genes activated only when inherited from the mother that are vital to the proper development of the embryo. Similarly, the genetics from the father are essential for the growth of the tissue that will form the placenta.

At that time, the researchers hypothesized that if these genes were important for the development of the embryo, it was also likely that they could play a major role in the lives of animals and people, and maybe they could even result in some brain functions. The problem was how to prove this idea, because embryos with genes from only one parent died quickly.
[signupbanner]
The researchers found a solution: they discovered that embryos could survive if normal embryonic cells were maintained and the rest were manipulated. This way they created several genetically modified laboratory mice that, surprisingly, did not develop the same way. Those with an extra dose of maternal genes developed a bigger head and brain but had little bodies. Meanwhile, those with an extra dose of paternal genes had small brains and larger bodies.

Deeply analyzing these differences, the researchers identified cells that contained only maternal or paternal genes in six different parts of the brain that control different cognitive functions, from eating habits to memory.

In practice, during the first days of the embryo development, any cell can appear anywhere in the brain. However, when the embryos mature and grow, cells that have the paternal genes accumulate in some areas of the emotional brain: hypothalamus, amygdala, the preoptic area and the septum. These areas are part of the limbic system, which is responsible for ensuring our survival and is involved in functions such as sex, food, and aggression. However, researchers have not found any paternal cells in the cerebral cortex, which is where the most advanced cognitive functions are developed, such as intelligence, thought, language and planning. 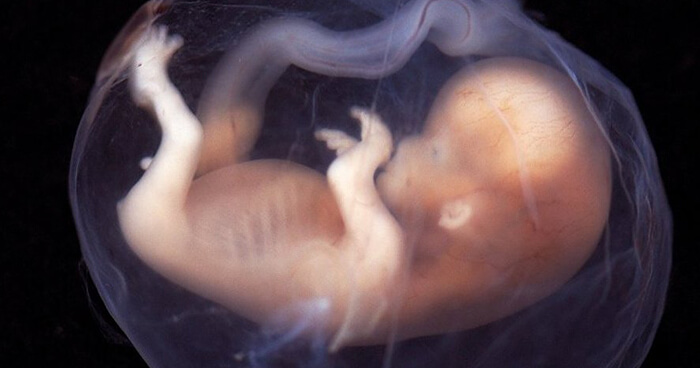 Of course, scientists continued to investigate this theory. Robert Lehrke, for example, revealed that most of children’s intelligence depends on the X chromosome, and he also showed that since women have two X chromosomes, they are twice as likely to inherit the characteristics related to intelligence.

Recently, researchers at the University of Ulm, Germany, studied the genes involved in brain damage and found that many of these, especially those related to cognitive abilities, were on chromosome X. In fact, it is no coincidence that intellectual disability is 30% more common in males.

But perhaps, one of the most interesting results comes from a longitudinal analysis conducted by the Medical Research Council Social and Public Health Sciences Unit in Glasgow, Scotland. In this study, they interviewed a group every year, including 12,686 young people aged between 14 and 22 years. The researchers took into account several factors, from the colour of their skin and their education, to socio-economic status. This way they found that the best predictor of intelligence was the IQ of the mother. In fact, the ratio of young people’s intelligence varied only an average of 15 points from that of their mothers. 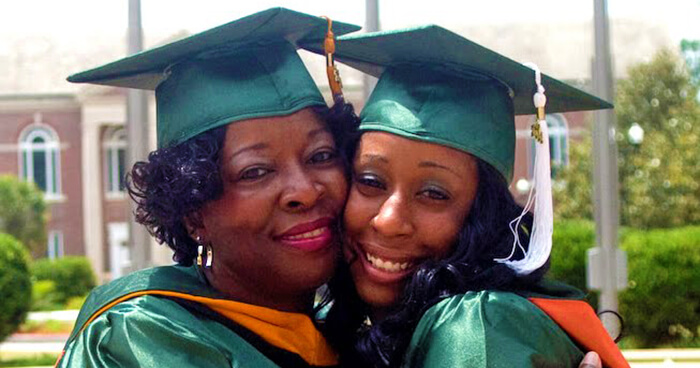 Young people’s intelligence varied only an average of 15 points from that of their mothers.

Genetics is not the only thing responsible

Leaving genetics aside, we can also find other studies that reveal mothers play an important role in the intellectual development of children through their close physical and emotional contact with them. In fact, some studies suggest that a secure bond is intimately tied to intelligence.

Researchers at the University of Minnesota, for example, found that children who have developed a strong attachment with their mothers develop the capacity of playing complex symbolic games at the age of two years old, have more resilience, and show less frustration when faced with problems.

This is because the strong bond gives children the necessary security to explore the world and the confidence to solve problems without losing heart. In addition, these mothers also tend to help the children to solve problems, thus helping to further stimulate their potential.

The importance of the emotional relationship for the development of the brain has been demonstrated by researchers at the University of Washington, who revealed for the first time that a secure bond and the love of the mother are crucial for the growth of some parts of the brain. These researchers have analyzed for seven years the way mothers relate to their children and have found that when children receive good emotional support, and have adequately gratified intellectual and emotional needs, at age 13 the hippocampus was 10% greater than that of children with mothers who were emotionally distant. It is worth mentioning that the hippocampus is an area of the brain associated with memory, learning and stress response. 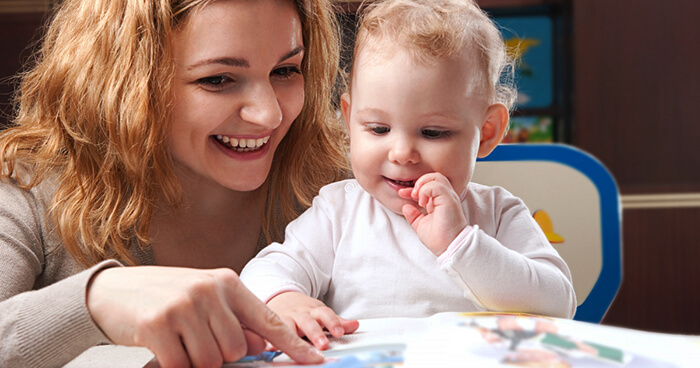 A secure bond and the love of the mother are crucial for the growth of some parts of the brain.

Can we really talk about hereditary intelligence?

It is estimated that between 40-60% of intelligence is hereditary. This means that the remaining percentage depends on environment, stimulation, and personal characteristics. In fact, what we call intelligence is nothing more than the ability to solve problems. But the curious fact is that to solve problems, even a simple mathematical or physical one, comes also into play in the limbic system, because our brain works as a whole. Thus, even if intelligence is closely linked to the rational thinking function, it is also influenced by intuition and emotions, that genetically speaking, are influenced by the contribution of the father.

Moreover, we must not forget that even if a child has a high IQ, we must stimulate his intelligence and nourish it throughout life with new challenges which are constantly improving. Otherwise intelligence will disperse.

Beyond what was stated by genetics, fathers should not be discouraged, because they also have much to contribute to the development of their children, especially being emotionally present. The IQ with which we are born is important, but not decisive.

Could you name the sources of your article please.
Especially the study you mention herein:
The importance of the emotional relationship for the development of the brain has been demonstrated by researchers at the University of Washington, who revealed for the first time that a secure bond and the love of the mother are crucial for the growth of some parts of the brain.
Thankyou

I really love read this article. May I get this topic in scientific journal because I want to cite it in my dissertation. May I get the link? Thank You.

Robert Lehrke, for example, revealed that most of children’s intelligence depends on the X chromosome, and he also showed that since women have two X chromosomes, they are twice as likely to inherit the characteristics related to intelligence.

This statement negates the title which says children inherit this from their mother, essentially, they are twice as likely, except with respect to girls, because the other X has to come from the father right?