How A Universal Basic Income Would Transform Society

BY Chris Agnos
Welcome to UPLIFT
Love In Action
How A Universal Basic Income Would Transform Society
Is Abundance Possible for All?

No child’s dream is to make lots of money. We certainly aren’t born with any innate need for money itself. But at some point in our lives, we are introduced to money and the need to earn it. For many, it comes at a time when we are just beginning to learn about the world and what excites us. We start to open the doors to all of life’s possibilities, when the adult in the room says, “It’s really nice that you want to feed people in need, but what are you going to do to earn a living?”

“You mean I can’t actually do what I really want to do?” we wonder. With a universal basic income (UBI) – where the government replaces all other forms of monetary assistance with a yearly stipend given to every adult of say, $20,000 per year – this would all change. For the first time in human history, people would be able to make their childhood wishes a reality, instead of being forced to work in jobs they are aren’t passionate about just to survive. 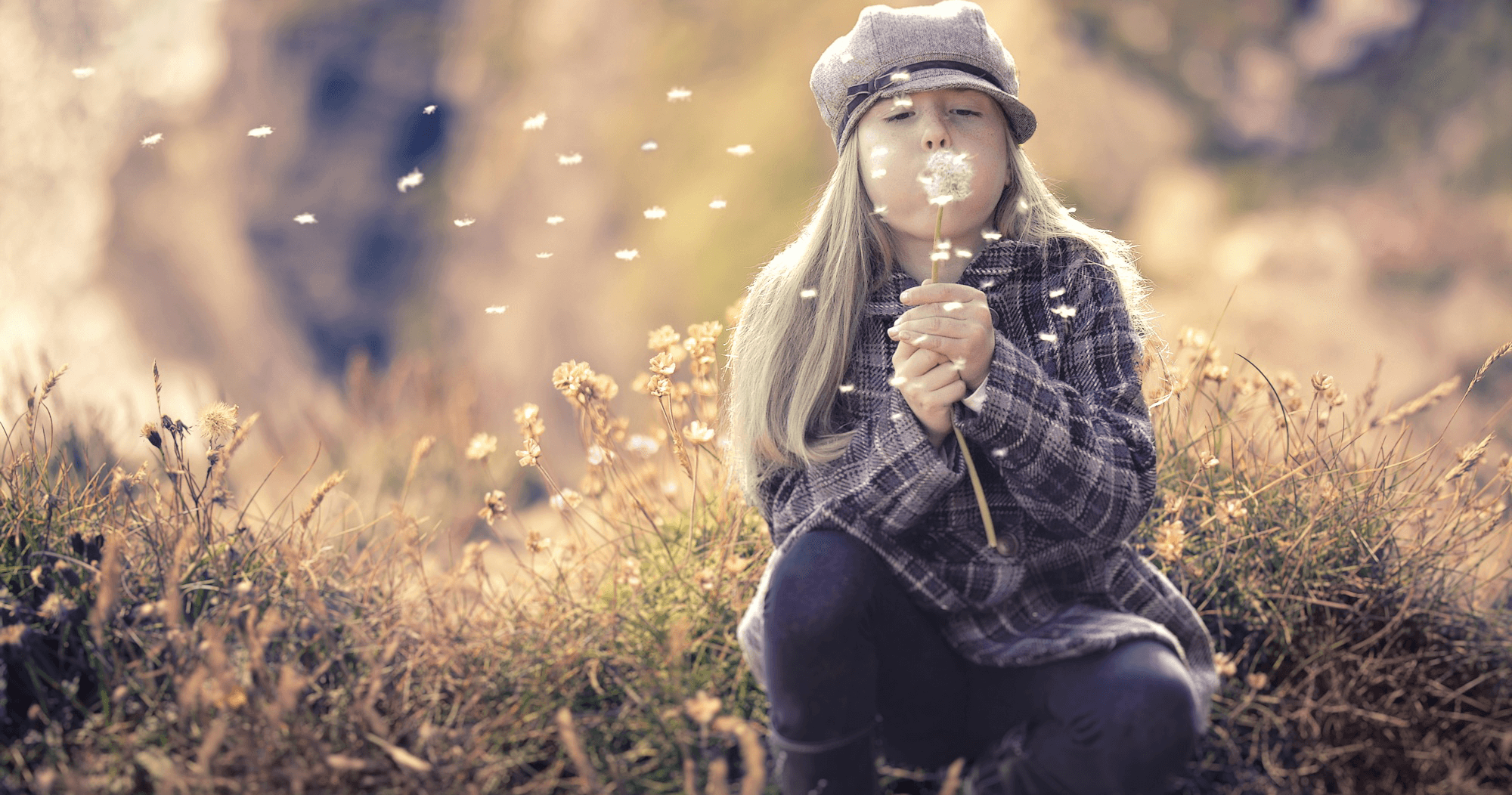 If your childhood wish could turn into reality what would you do?

Today, humanity has the ability to create a world of sustainable abundance where everyone has access to everything they need and much of what they desire. But this requires a shift in long held societal views. Changing the view that money is a reward for hard work and private property is an extension of the self will be difficult. A shift in mindset is needed to see everyone as inherently worthy, rather than in terms of their ability to produce. For this reason, it is important to understand the philosophical justification for a UBI, as it reveals some of the deep underlying flaws of our capitalistic economy and the way it views human nature. Given these flaws, how we fund a UBI will go a long way toward the effectiveness of the shift in mindset from an age of ownership to an age of access.

Let us stop and imagine what we might do if we no longer had to work in order to meet our basic needs. Presently, we are all burdened with the stress that comes with knowing that failure to earn a living could result in social isolation. Imagine the psychological shift in knowing that no matter what happened, you would always have a roof over your head and food to eat without having to give away your precious time and energy. How would not having to work to survive change your day to day life? What would you do instead? A UBI has the potential to unleash unimaginable amounts of human time, energy, creativity, and passion that has the potential to radically transform society. Instead of everyone working to survive, people would have the means to pursue their own dreams, and to spend more quality time with their family, friends, and community. 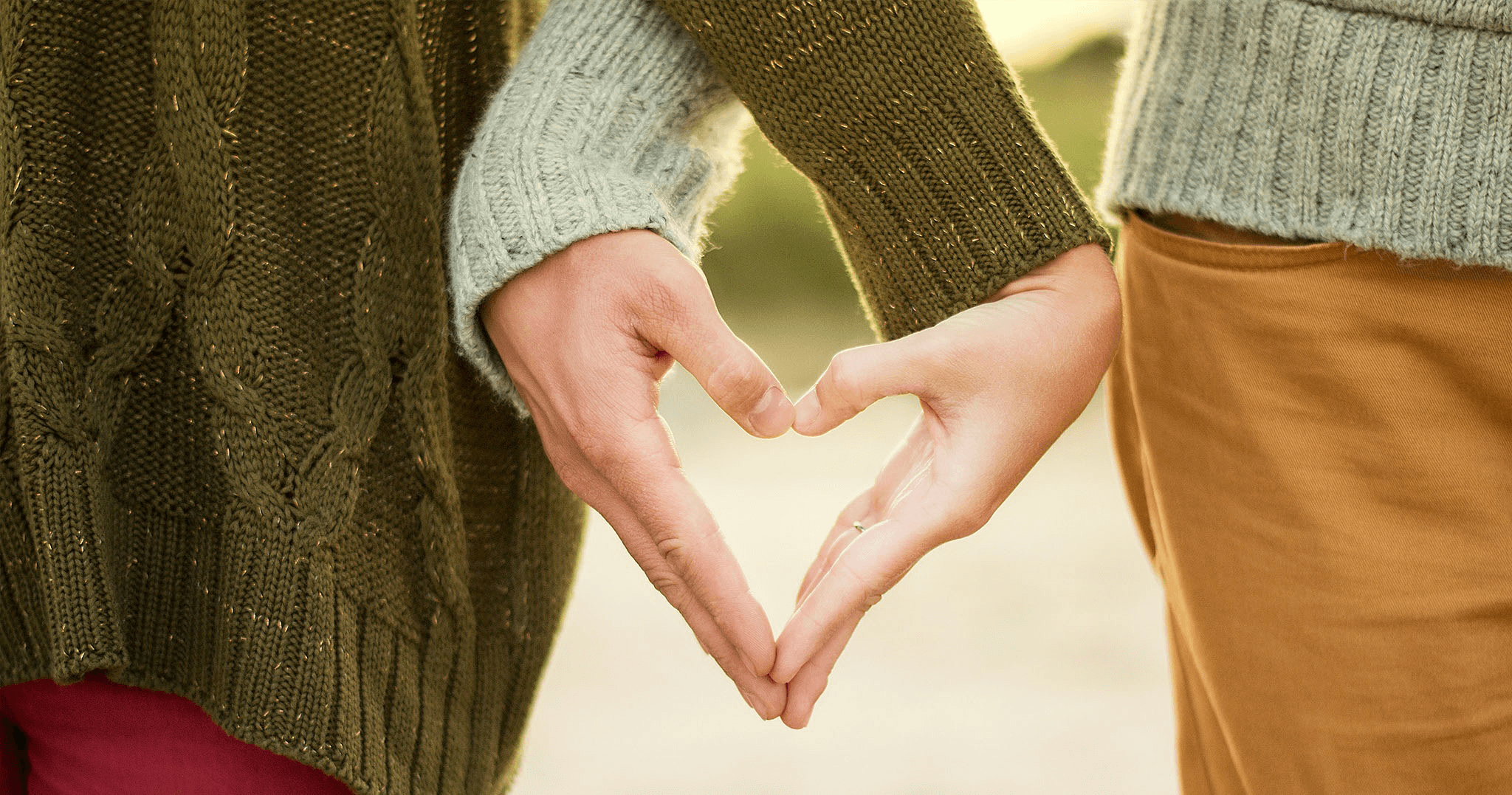 Sharing creates a sense of caring and connection in the community

As people have time to adjust to this newfound freedom, a number of positive changes could develop. One major change will be the nature of work itself. For one thing, employers could no longer take advantage of people’s survival anxiety as the lack of a job would no longer lead to a life on the streets. Instead, workers will demand a more dynamic and higher quality work experience. The more difficult and undervalued jobs would also have to pay more. The choice between working in a coal mine or being a homeless beggar is very different to the choice between working in a coal mine and living off the basic income. Jobs would have to be interesting and offer the opportunity for people to learn and grow. The days of people being exploited by the market wage would end.

Because people would only work in jobs they enjoyed, they would be more passionate about their work. A recent survey said that 70 percent of people hate their jobs – that is 70 percent of the population who would rather be doing something else with their lives rather than what they are currently doing. This systemic drudgery takes a toll on our lives in the form of fewer smiles, less laughter, and only a fraction of the joy that might otherwise be possible. 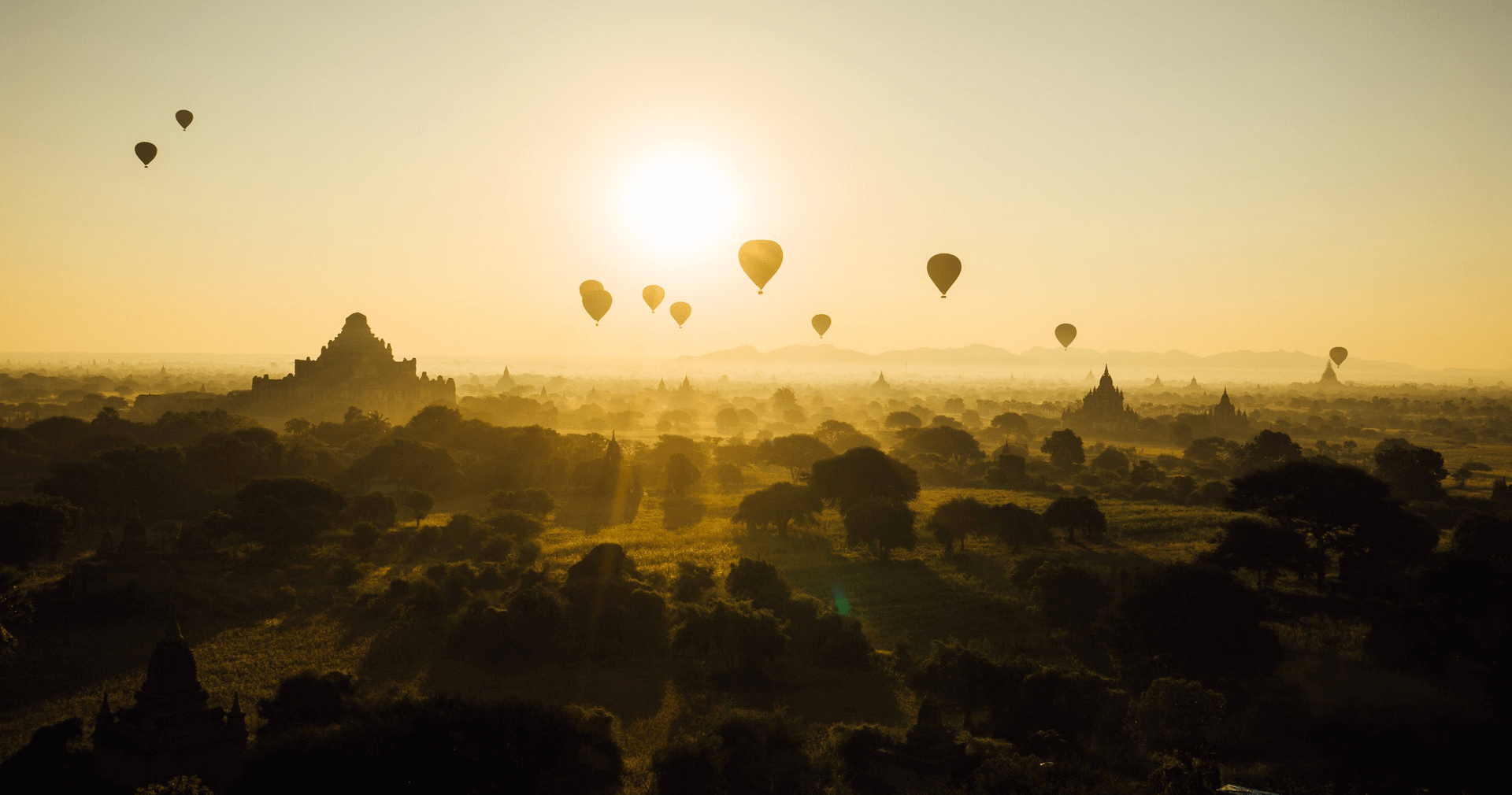 Freed from limitations, what beautiful thing would you do?

The Benefits of a Sharing Economy

A universal basic income could spawn all kinds of alternative living arrangements. Certainly, there are mobile home parks where you could live a decent quality of life on your own if that’s the way you want to live. But five people could also pool their basic income and have access to $100,000/year of guaranteed income. That’s enough to buy a house together. Those huge suburban houses full of empty bedrooms could become communal living accommodation, helping people meet the universal need we all share of feeling like we belong to a community, of being needed and mattering to others.

On a system level, there is enormous potential to shift away from the current unsustainable economic model centered around private ownership and towards an economy based on access. For example, to meet the needs of the emerging $4 trillion per year life services market brought on by the UBI, new companies – call them Life Service Companies (LSC) – might create all-inclusive amenity packages tailored to your preferred lifestyle in exchange for your basic income every year.

LSCs might offer a “travel” package that includes unlimited food at a number of supermarket chains, a place to stay at a hostel, health care, and an all-you-can-ride train ticket. There might be a “family” package which would include a 3 bedroom apartment, access to all city museums and national parks, access to transportation on demand, and an entertainment package. 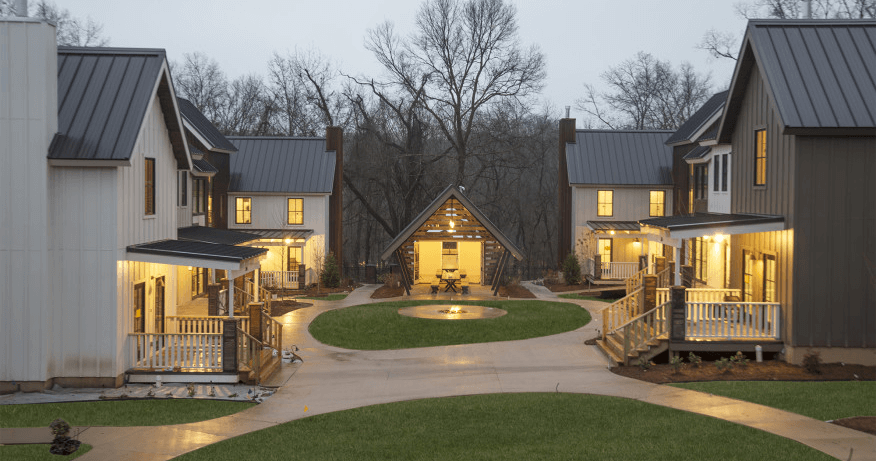 Share the feeling of belonging to a close community

The LSC would be able to take advantage of efficiencies of scale that come when we pool our resources together. Instead of everyone owning everything they need, people could gain access to most services and products at a fraction of the cost. A LSC might maintain a dozen boats for a certain lake for a thousand people to share instead of our current system where all of those people each own their own boat. The LSC would be able to “close the loop” on our industrial processes. Instead of selling products that the individual is responsible for, an LSC would sell access to products that they own, creating an incentive for companies to not only recycle but also upcycle when their products are nearing the end of life. Large technology companies would still exist to service the LSC to meet the needs of their subscriber bases more efficiently. People would no longer see technological unemployment as a bad thing as the more efficient the LSC becomes, the more access to the world their subscriber base would have. This is a kind of “trickle down economics” that eventually trickles down to every member of society.

Access to higher level perks might be available for an extra fee, which people could earn by working. Speaking of work, these LSCs could potentially become the economy’s biggest employers as well. Most people would work part time at a LSC doing the same things they do now – cutting hair, waiting tables, operating theme parks, and so on – to earn extra income in order to be able to afford access to luxury items, just like they do now. The difference being that under a UBI, no one goes hungry or sleeps outside. Everyone would be accepted into society regardless of their ability to work and no one would be excluded from participating simply because they can’t find a job. This is what a humane society looks like. 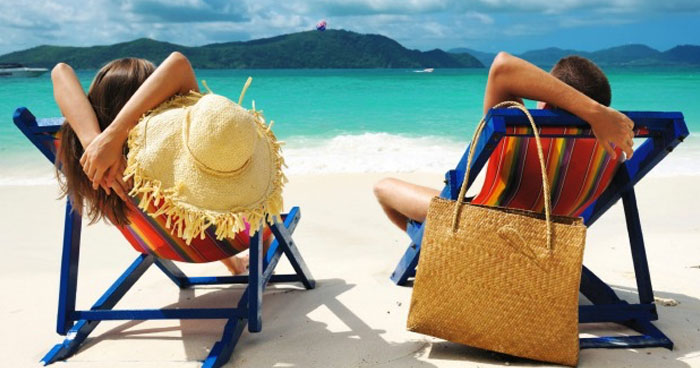 The cultural shift resulting from a UBI would be profound. As everyone begins to feel the freedom from the survival anxiety that dominated their previous lives and gain access to much of what society has to offer, money starts to have far less power in our lives. The vast majority of people who would likely subscribe to a LSC might never have to touch money again. A feeling of abundance would begin to overtake the experience of scarcity as people could access what they needed whenever they needed it, reducing the incentive to hoard or act greedy. Greedy people would be laughed at instead of put on the cover of Fortune magazine. People will likely no longer be defined (or judged) by their careers and achievements (or lack thereof) and instead be able to define themselves however they choose. Competition would still exist behind the scenes as LSCs compete for your basic income, but as they become more efficient through automation and technology, everyone benefits from the increased access instead of just a few people, and those unable to find jobs no longer have to sleep outside in the cold.

The possibilities that could emerge from the creativity unleashed by more than 7 billion people with the freedom to dream is unimaginable. There will be so much healing to do, both for the people and the planet, but we will finally have the time and space to do it without having to worry where our next meal comes from. The scarcity that drives tensions between people and countries would cease to exist, bringing with it an invitation to explore the vast cultural differences that make the human race special. Perhaps the most important change would be a very new feeling for all of us – a feeling of a shared prosperity, that we are all in this together. Now this isn’t utopia – as long as life exists, there will always be heartache – it’s just much better than how society functions today.

I love this idea. I heard about the initiative in Switzerland or Sweden? I think it is brilliant. We create the world with each thought. This is a definite option!

This is the scariest thing I have read. This article is on a whole new level of unreal. Are people really this ignorant of the hard work it takes to support modern society? Ok so the coal miner says heck with coal mining give him ubi. Then we don’t have electricity. This is so make believe. This is just childish. How much pot does someone have to smoke to buy into this foolishness?

At first WE should start with the human right for certain food und good water.This should be a government order to implement.greetz

There would be a massive reduction in harmful crime, with UBI.