How A Fourth-Century Taoist Concept is Treating Anxiety

While the Tao Te Ching is not one of the world’s most discussed religious texts, at least relative to the amount of attention the Bible, Quran, and Buddhist and Hindu doctrines receive, Laozi’s slim volume of instructions has massively influenced how we think about Eastern philosophy. The basis of Taoism is embedded in his series of short and punchy ideas that are rooted in, at times, paradoxical thinking.

Consider one of his most famous aphorisms: “The Tao does nothing, and yet nothing is left undone.” The ‘nothing’ is wu-wei, often translated as ‘non-action.’ One translation of Taoist ideas, Tao: The Watercourse Way, written by British philosopher Alan Watts and Chinese philosopher Chungliang Al Huang in 1975, state that the concept should not “be considered inertia, laziness, laissez-faire, or mere passivity.”

The Fine Art of Non-Doing

As with those who believe meditation is ‘doing nothing,’ wu-wei is not an easily graspable concept when approached from a mindset of constant action, i.e. the perpetual distraction our brains (and by extension, technology) afford us. Rather, the idea is to not battle yourself to, at times, let the course of life have its way with us. As the authors put it:

Wu-wei as ‘not forcing’ is what we mean by going with the grain, rolling with the punch, swimming with the current, trimming sails to the wind, taking the tide at its flood, and stooping to conquer. 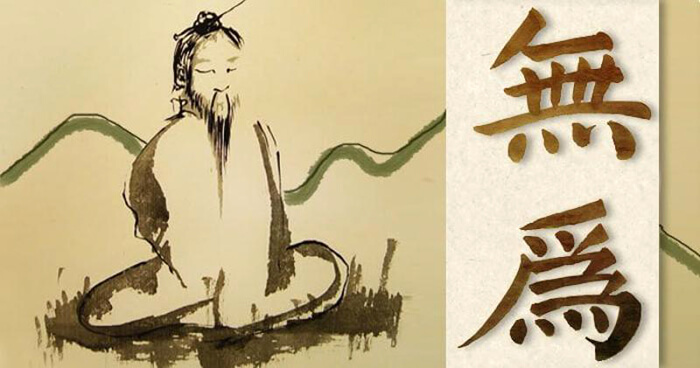 Wu-wei: The Tao does nothing, and yet nothing is left undone.

They compare the practice to judo and aikido, two martial arts that teach seasoned practitioners to use their opponent’s force against themselves. By waiting for the challenger to overextend himself, you exploit their exertion and use his body weight to overthrow him. To accomplish this, you need to maintain calm and composure in the midst of potential violence and chaos.

Which is why Nick Hobson, a research psychologist and lecturer at the University of Toronto, recently suggested implementing wu-wei as an antidote to our rising rates of anxiety and depression. Instead of pinpointing a singular cause for our growing dissatisfaction with our lives, he points out the reasons are myriad: smartphones, sleep deprivation, a lack of meaningful social connection, and not enough movement. He doesn’t mention diet, though plenty of research implicates bad eating habits as well.

While the causes are many, Hobson points to our penchant for overanalyzing every situation as the elephant in the mind. Instead of holism, a cognitive trait he associates with Eastern psychology, we choose the trees over the forest, leading to an obsession with overthinking.

This stark cultural difference has been confirmed by thinkers like social psychologist Richard Nisbett, who devoted an entire book to the topic. One of the most revealing instances involves the ways in which Easterners and Westerners—these terms are generic and broad, but serve to supply a bit of yin to our yang, at least as a metaphor–view art. Americans seek out a subject, an overarching detail that exemplifies the ‘purpose’ of the painting. Asians, by contrast, seek to understand the relationship between everything in the scene. Their focus is more on interdependence than independence. 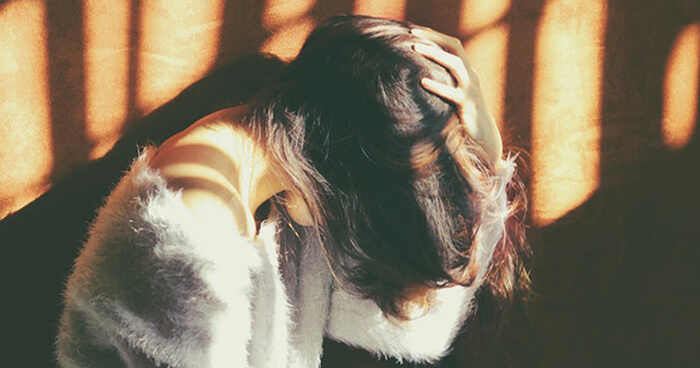 Our obsession with overthinking causes anxiety and depression.

Hobson uses the ‘triad test’ to make this point:

Suppose you’re presented with a dog, a rabbit, and a carrot, and then asked which two belong together. The analytic thinker chooses the dog and rabbit because both satisfy the internally held rule of ‘animal category.’ The holistic thinker, on the other hand, chooses the rabbit and carrot because of the interconnected and functional relationship between the two: A rabbit eats carrots.

Western ‘rule-based reasoning’ leads us to believe every problem has a solution. Research in cognition and narrative has shown that when we aren’t offered a resolution to a story, we’ll invent one, often to our detriment—your partner is cheating on you if they haven’t texted, while the reality is anything but. When we’re not provided an answer, we tend to overanalyze the situation, heaping anxiety upon anxiety.

Two Ways to Find Calm in the Chaos

Which is why Hobson suggests two Laozi-era practices to calm our overactive imaginations. Wu-wei is the first, which he says means “we shouldn’t hurry to action.” While he prescribes “to not do anything at all,” which is slightly different from Watts’s and Al Huang’s translation, Hobson recommends an “intuitive style of thinking” to chill our over-analyzing minds. Meditation and visualization exercises are two ways of rerouting our mental habits.

The second involves dialectical behavior therapy (DBT), an evidence-based therapy created by Dr. Marsha Linehan. Among its many applications, it is designed to promote skills for cultivating “mindfulness, emotion regulation, distress tolerance, and interpersonal effectiveness.” 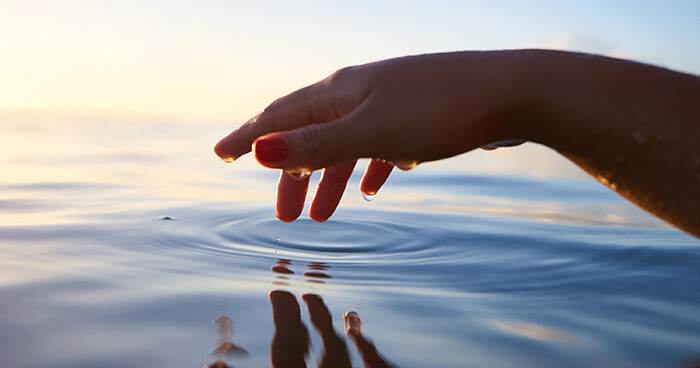 The yin-yang symbol, which denotes mutual dependence, exists in everything.

To make this connection, Hobson points to Taoism’s great export, the yin-yang symbol, which denotes mutual dependence exists in everything. Hobson continues:

Two things can be mutually opposed, and at the same time, mutually connected. You can be, for example, in an anxious state and still have perfect control of your situation and your life. Thinking in this way allows a person to tolerate contradictions and to accept the uncertainties that inevitably present themselves.

Hobson writes that DBT has proven more effective than cognitive behavioral therapy (Linehan considers DBT a form of CBT) and pharmacological interventions. The goal is to make incremental changes by admitting that:

a) not everything is going to be exactly how you want it, and that’s okay, b) certain changes will have to be implemented, so practice those changes, and c) recognize that life is worth living. In the balance between states that afflict those suffering from psychological disorders—complete control and lack of control—an emotionally salient mindset can be achieved.

Not that any of this is easy, but as Hobson mentions, neuroplasticity is a real phenomenon. Seeing the landscape instead of the singular figure walking through it is essential for breaking free of isolationism and the overwhelming burden of anxiety. As Watts and Al Huang phrased it:

Is a long life such a good thing if it is lived in daily dread or in constant search for satisfaction in a tomorrow which never comes?

We all intuitively know the answer. Putting that intuition into action, ironically through a bit of non-action, might just be an important key to healing our anxious minds.

Thank you good food for the soul

Excellent article and a good practice to follow. Thank you.