The relatively new science of epigenetics is proving that who you are is the culmination of the experiences in your life–and even those of your ancestors–which cause changes in how your genes operate. Modifications occur and genes can switch on or off depending on the environment. In other words, you are born with a certain set of genes, but the events of your life determine which genes get expressed and which genes don’t.

The bad news is that trauma can be inherited through epigenetic changes and a multitude of illnesses, behaviors, and health issues have been linked to epigenetic mechanisms. Related conditions include many cancers, autoimmune diseases, neurodegenerative and psychological disorders, addictions, and respiratory, cardiovascular, reproductive, and neurobehavioral illnesses.

But the good news is that science is showing that epigenetic changes can be reversed.

The history of epigenetics is intertwined with the study of evolution and development. The term ‘epigenetics’ has been around for centuries and was originally used to describe the processes by which a fertilized zygote developed into a mature organism. The word has evolved to mean any process that alters gene activity without actually changing the original DNA sequence. Gene modifications are then passed on to newly birthed ‘daughter cells’ and can be inherited by offspring.

It used to be believed that an embryo’s epigenome, the record of chemical and DNA alterations, was completely erased and rebuilt from scratch. But this was determined not to be entirely true. Some epigenetic tags remain in place as genetic information passes from generation to generation, a process called epigenetic inheritance. 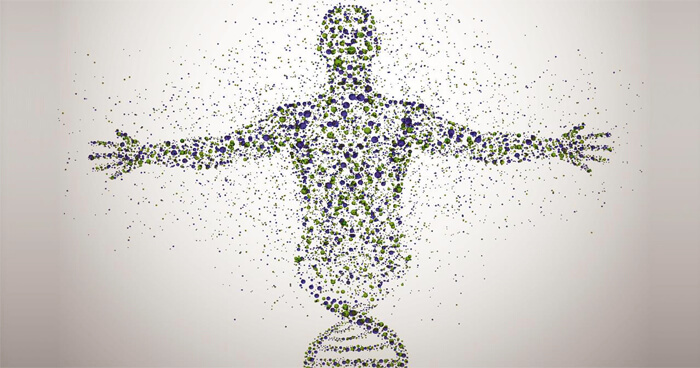 The events of your life determine which of your genes get expressed and which don’t.

Epigenetic inheritance adds another dimension to the modern picture of evolution. It goes against the idea that inheritance happens only through the DNA code that passes from parent to offspring. It means that a parent’s experiences, in the form of epigenetic tags, can be passed down to future generations.

The human genome changes slowly, through the processes of random mutation and natural selection. It takes many generations for a genetic trait to become common in a population. However, the epigenome can change rapidly in response to the environment.

How Trauma is Inherited

Science is showing that the impact of traumatic experiences can be epigenetically inherited via ‘molecular memory’ passed down through generations. The Discover Magazine article, Grandma’s Experiences Leave a Mark on Your Genes, explains how this trauma can be passed down:

According to the new insights of behavioral epigenetics, traumatic experiences in our past, or in our recent ancestors’ past, leave molecular scars adhering to our DNA. Jews whose great-grandparents were chased from their Russian shtetls; Chinese whose grandparents lived through the ravages of the Cultural Revolution; young immigrants from Africa whose parents survived massacres; adults of every ethnicity who grew up with alcoholic or abusive parents—all carry with them more than just memories.

Like silt deposited on the cogs of a finely tuned machine after the seawater of a tsunami recedes, our experiences, and those of our forebears, are never gone, even if they have been forgotten. They become a part of us, a molecular residue holding fast to our genetic scaffolding. The DNA remains the same, but psychological and behavioral tendencies are inherited. You might have inherited not just your grandmother’s knobby knees, but also her predisposition toward depression caused by the neglect she suffered as a newborn. 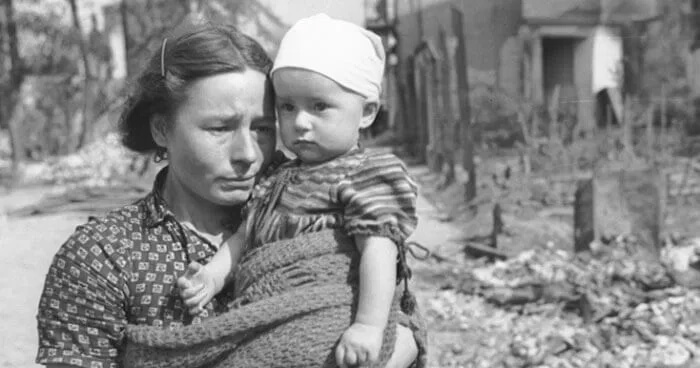 The experiences of our forebears can be passed on to us via DNA tags.

What Epigenetics Means for Your Mental Health

The likelihood of developing behavioral and psychiatric disorders later in life is increased by trauma. The detrimental effects of traumatic events show up in the children of those impacted, despite these individuals having never experienced it themselves. This inherited ‘molecular memory’ can be detected in the child’s epigenome.

Many studies have confirmed that people with a certain gene combination are more affected by stress and trauma in life which leads to a genetic susceptibility, for example, for depression, behavioral problems, or violence. These people have brains which react more strongly to feelings of danger making them more vulnerable when things go wrong. However, some individuals, with a different gene combination, seem to sail through life’s adversities with very few negative consequences.

One gene, a serotonin transporter gene, has been widely studied regarding epigenetic inheritance and mental health and has been linked to depression, anxiety, OCD, PTSD, autism addiction, and other mental disorders. In her book Rainy Brain, Sunny Brain: How to Retrain Your Brain to Overcome Pessimism and Achieve a More Positive Outlook, Elaine Fox explains:

So, rather than the serotonin transporter being a vulnerability gene or an optimism gene, if it is a gene for anything, it is likely to be a ‘plasticity’ gene: those with a low expression form are simply more open and reactive to their environment and therefore will benefit from great facilities and support but will also be more severely affected by abuse and lack of support.

Epigenetic Changes Can Be Reversed

The good news is that the changes in the brain can be reversed. Medications, hypnosis, neuro-linguistic programming, neurofeedback, cognitive behavioral therapy, eye movement desensitization and reprocessing (EMDR), and other brain-related modalities—even virtual reality, ketamine, and methylenedioxymethamphetamine (ecstasy)—have proven helpful in treating trauma. 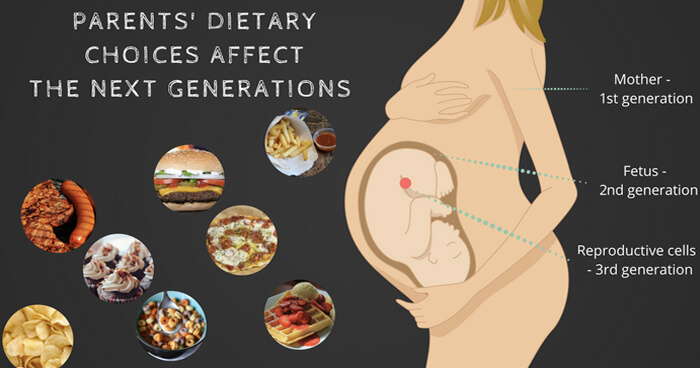 Improving our diets and lifestyles can shift our epigentics for us and future generations.

Research has demonstrated that the epigenetic effects of trauma can be reversed so that they are not passed down. Specifically, the reversal of traumatic symptoms was observed in male mice and their offspring as the result of environmental enrichment. The elimination of symptoms was linked to the epigenetic regulation of the glucocorticoid receptor gene. An enriched environment for a human would include:

1. Healthy Diet: Eat more nutritious foods and limit processed and junk food. What you put in your mouth has everything to do with what goes on in your head.

2. Physical Activity: Move your body. After sleep, exercise is the best thing you can do for your brain.

3. Challenge: Regularly push your brain out of its comfort zone.

4. Novelty: Enrich and grow your brain by exposing it to new things daily.

5. Laughter: Be playful and have fun. Your brain loves to laugh and it’s good for it.

6. Connection: Maintain intimate, close-knit human bonds. Your brain needs to be connected to others.

The Discover Magazine article goes on to say how epigenetic changes can be reversed:

If your grandmother was adopted by nurturing parents, you might be enjoying the boost she received thanks to their love and support. The mechanisms of behavioral epigenetics underlie not only deficits and weaknesses but strengths and resiliencies, too. And for those unlucky enough to descend from miserable or withholding grandparents, emerging drug treatments could reset not just mood, but the epigenetic changes themselves. Like grandmother’s vintage dress, you could wear it or have it altered. The genome has long been known as the blueprint of life, but the epigenome is life’s Etch A Sketch: Shake it hard enough, and you can wipe clean the family curse.

This information causes me to believe that we have much more power than ever believed to influence our realities–right down to our genes–and even that of future generations. Nobody can control what has happened in the past which may have caused certain genes to switch on, but everyone has the power in this moment, and going forward, to choose their behavior and perspective which causes different genes to express themselves.

This confirms what I believe. My dads survival is ONE piece in the puzzle that led to my recovery from a severe motorcycle accident that I had in 1986.

Great article – Rob IamEPI.com Science of the West – Spiritual wisdom of the East

The missing part to this equation is the repetitive nature of the environment the genetically susceptible child is in. While these children start displaying this behaviour from birth 80% of them do not get the help they need in our current education, health and justice systems. If they get any help in healing it is later in life often after they have raised children in an environment that does cause the damage to repeat itself. The behaviour associated with this damage is almost always displayed in a destructive nature because it also causes brain damage. The damage from the child’s environment results in specific skill deficits which can be taught but the money from the politicians to help with these programs are constantly being cut. http://www.believechildren.com

Why is there no acknowledgement of the understandings and practices of virtually all indigenous cultures who have known this, and advocated for the
implemenation of practices aimed at restoring balance between those who have passed on and their descendants for millenia.

New words, and yes ‘new’ details, but not new knowledge. Also why is there a reluctance to mention the trauma that must have been inherited by the descendants of Africans across the Americas, and Caribbean who were tortured and abused for over 400 years, and continue to suffer horrendous treatment in present times?

Surely it is obvious that this needs systematic rather than individualistic treatment and resources?

I have believed this for years but did not know the science behind it.
Am interested in learning more.

So for trauma that’s passed down generation after generation all we need to do is eat better, exercise, do new things daily and do ‘conscious’ things to over come something so deeply ingrained in our subconscious?? What, no inner work required? Seems all to easy and top of the onion layer for me. If only I were a lab mouse

I love this article as I worked in past life regression in hypnosis. It fits in with what I found in clients over the years. Yeah..
Heather

Very interesting. It makes sense. I would love to research this more.

It’s never too late to have a happy childhood! I teach a dozen techniques for healing childhood trauma, inherited trauma, and clearing limiting and negative beliefs in the Clear Beliefs Coach Training (www.ClearBeliefs.com). Starts May 1st. Accredited by the International Coach Federation (48 hours of CCEUs).

Notice that the emphasis is still on what “you” as an individual can do to heal “your” brain. Oh, how convenient for the privileged modern individualist! Don’t worry about how others could possibly reverse their intergenerational trauma when they’re still being crushed by our collective relational habits. The only way to truly transform the intergenerational transmission of trauma is to go beyond our egocentric habits of moving, perceiving, feeling, and acting—together. Only when we no longer see “others” will we stop inflicting trauma on one another.

And this is exactly what I am doing for my traumatized and resilient, beautiful brain…. only AFTER going 100% no contact with 99% of everyone I knew, especially the abusive, narcissistic family system. Scapegoat no more, thanks to my waking from Stockholm syndrome.

This article totally resonates with me. Am going to do more research..