Four Reasons Why Endings Can Make You Happier

BY Kira M. Newman
Welcome to UPLIFT
Four Reasons Why Endings Can Make You Happier
Embrace the Endings

A last bite, a last chapter, a last meeting, a last kiss—every day, good things in our lives come to an end.

Endings are sad, but they also seem to have a clarifying effect, one that often highlights the good. Now, research is exploring just how powerful endings can be for our well-being. It suggests that by simply imagining that things are coming to an end—a stage of our lives, our time in a certain place, a relationship—we may be able to better appreciate them before real endings loom.

In a 2017 study published in the Journal of Positive Psychology, Kristin Layous and her colleagues recruited nearly 140 college freshmen for a peculiar month-long experiment. Half of them were instructed to live that month as if it were their last in their college town, paying attention to the special people and places they would miss when they left. The other half, a control group, simply went about their days as usual. Each week, the students journaled about how they had spent their time.

Before and after the experiment, all the students filled out surveys about their well-being: how satisfied they were with their lives and how much positive and negative emotions they were experiencing. They also reported how much their fundamental psychological needs for autonomy, competence, and connectedness were being met—how free, capable, and close to others they felt. 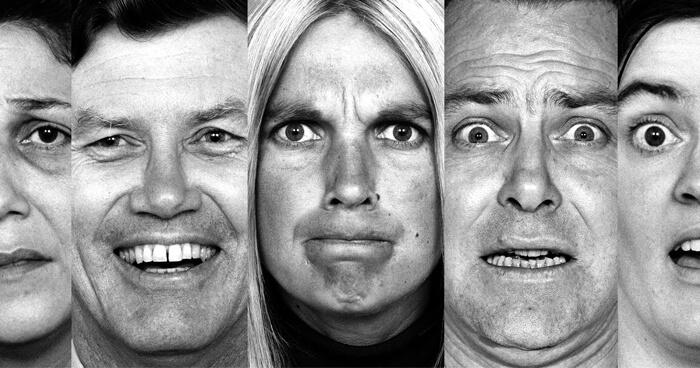 Have you ever observed a difference in your emotions when you know an end is near?

Compared to the control group, the group who imagined they were leaving soon increased in well-being, partly through the satisfaction of their psychological needs. The prospect of college ending didn’t sadden them, but in fact seemed to enrich their experiences. Layous and her coauthors write:

Imagining time as scarce prompted people to seize the moment and extract greater well-being from their lives… When people take action to savor their surroundings, including their nearby friends, family, and colleagues, they may feel like they are just where they want to be.

This study—together with some prior research—suggests that imagining endings is a sneaky way to increase happiness. We tend to assume it’s bad for us, but, in fact, the opposite appears to be true, write the researchers.

But what’s going on, psychologically, to make it work? Here are four ways anticipating the end can improve your life.

1. Endings Help Us Stay in the Present

One explanation for this intriguing phenomenon comes from Laura Carstensen’s ‘socioemotional selectivity theory,’ which looks at how our sense of time affects our goals and relationships. 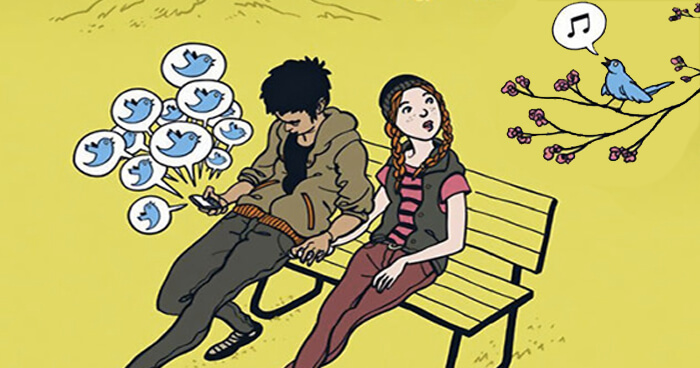 Endings help us to be more present in our daily lives.

When we perceive time as vast and expansive, the theory goes, we tend to prefer knowledge-seeking activities: attending school, going to networking events, learning new skills. These activities are an investment in the future, often involving some degree of difficulty and struggle. When we perceive time as short and limited—in other words, when endings seem near—we tend to prefer activities that feel good or meaningful now, like hanging out with our best friends or enjoying our favorite foods. Carstensen explains:

Young or old, when people perceive time as finite, they attach greater importance to finding emotional meaning and satisfaction from life and invest fewer resources into gathering information and expanding horizons.

In other words, it’s possible that endings drive us toward the very things that will boost our happiness in the present.
[signupbanner]

2. Endings Can Bring Us Together

How does that effect manifest itself? Contemplating the end seems to make us prioritize social connections, which a great deal of research shows can increase our well-being.

In one study, for example, researchers recruited nearly 400 California residents, split up into three groups: young (averaging 23 years old), middle-aged (46), and older (72). They asked participants whom they’d like to meet with if they had a free half hour: a family member, a recent acquaintance, or an author of a book they had read.

Spending time with family falls into the category of a feel-good activity: It may not involve novelty or challenge, but (at least according to the researchers’ surveys) does tend to be relatively pleasant. Meeting the acquaintance and author, meanwhile, represented opportunities for the students to learn and grow: knowledge-seeking activities. 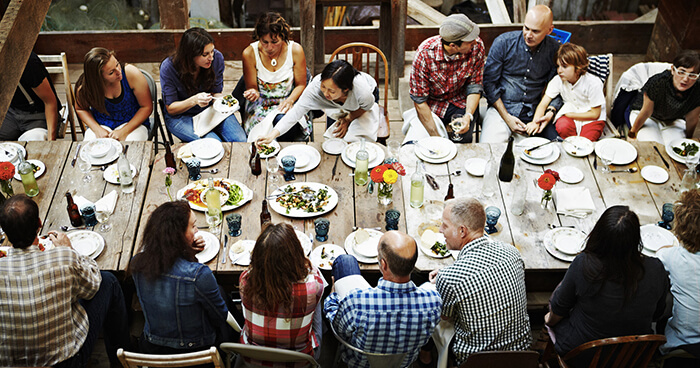 Under normal conditions, 65 percent of young people chose to spend time with the acquaintance or the author, while 65 percent of older people—with less expansive futures ahead of them—chose to spend time with family. When asked to imagine that they were moving across the country in a few weeks though, 80 percent of young people chose a family member—supporting Carstensen’s theory that endings drive us to pursue different goals. The researchers explain:

The introduction of anticipated social endings induces younger people to mimic the social choices of older people. Older people…are primarily concerned with the immediate [emotional] rewards and costs of interaction.

In another study, researchers observed a momentous event in Hong Kong’s history where this theory played out society-wide.

In 1997, Hong Kong became part of China, an end-of-an-era that was heavily anticipated in the media and associated with great uncertainty. One year before the handover, young Hong Kong residents answering the ‘free half hour’ survey clearly preferred to spend time with an acquaintance or author, just as their American counterparts had.

But a few months before the transition, they said they’d rather see a family member, now looking more like young Californians anticipating a cross-country move. A year after Hong Kong was integrated with China, no longer facing a political ‘ending,’ young people returned to their normal preferences. 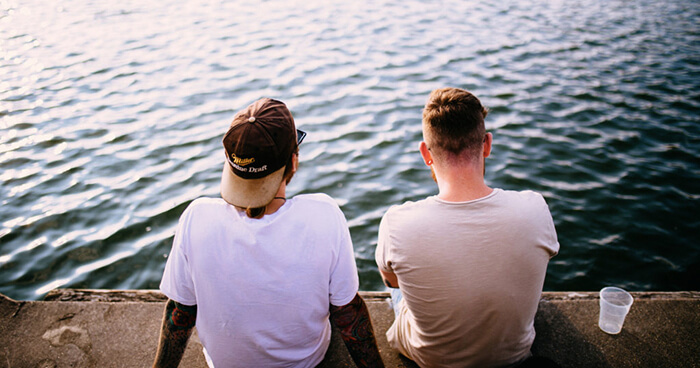 Research showed that 80% of young people chose family if their ending was moving away.

These findings suggest that endings don’t have to be personal in order to exert a psychological influence. A whole group can experience an ending at the same time, and their values and behaviors may temporarily shift as a result—one reason, perhaps, for all the cheer and goodwill around the end-of-year holidays?

3. Endings Help Us to Let Go of the Past and Focus on Goals

Under Carstensen’s theory, our present happiness sometimes competes with gains we might realize in the future, like knowledge and new relationships. But it can also compete with investments we’ve made in the past—and here, too, research suggests that imagining an impending ending could give us some clarity.

In another series of experiments, when young people imagined having little time left to live, they became less vulnerable to the ‘sunk-cost fallacy’. The sunk-cost fallacy is a form of poor decision-making, where we undervalue our present preferences based on time or money that we’ve invested in the past—’sunk costs’ that we can’t get back. For example, we might continue a relationship with a friend we don’t particularly like because we’ve known them for so long, or be hesitant about changing careers because we don’t want to ‘waste’ our education. 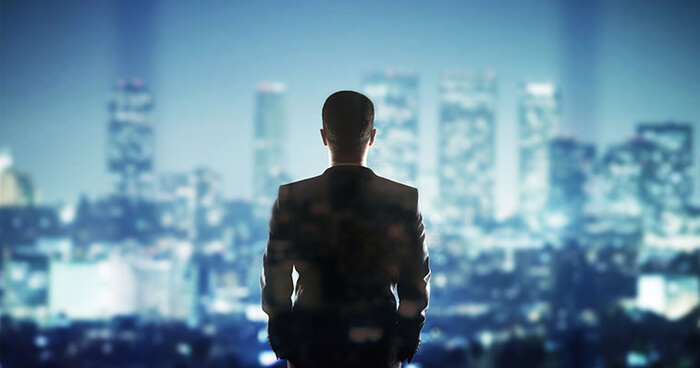 If death is the ending, we are less likely to hold onto things we once did, like our jobs.

In this study, young people anticipating death tended to put more weight on their present happiness than their past investments; compared to young people whose thoughts weren’t so morbidly inclined. Analyzing a series of scenarios, they were more likely to stop watching a bad movie even if they paid for it, for example. This was particularly true for relationships they had invested time in. The West Virginia University researchers explain:

When temporal horizons are restricted, people are motivated to maximize their current experiences in the ‘here and now.’ Time is viewed as a limited resource not to be wasted on unfulfilling pursuits.

When endings loom, in other words, our minds seem to tune into the present; shedding distractions from the past and the future that have little bearing on our happiness now.

But aren’t endings sad? At the very least, they can be bittersweet—so while they may boost our happiness, they aren’t a recipe for pure bliss.

Indeed, a 2008 study suggested that endings bring about mixed emotions. In one experiment, participants—both young (averaging 20 years old) and older (77)—imagined being in a location that was meaningful to them, like their favorite cafe. Both groups felt more mixed emotions—less happiness and more sadness—when they imagined being there for the last time, compared to being there as usual. In a second experiment, graduating seniors reported more mixed emotions when they were reminded that it was their last day as a student of the university. 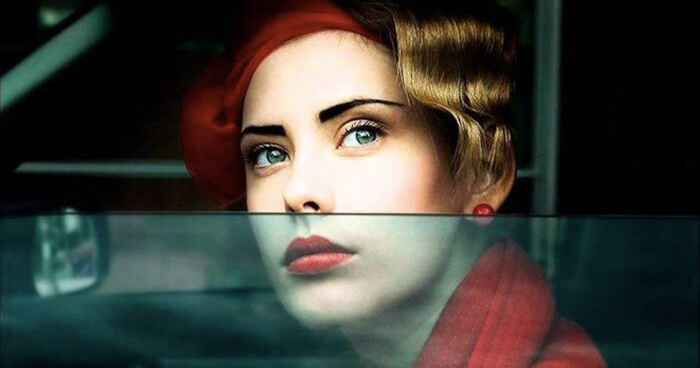 The mixed emotions we feel from endings give more meaning to those experiences.

Endings seem to inspire a particular mixed emotion called poignancy. It occurs when we realize that something we used to have is (or will soon be) gone—and it’s reasonable to believe that real endings are even more poignant than imagined ones. These mixed emotions, suggests at least one recent study, open the door to greater meaning in our lives. Layous and her colleagues note about their month-long experiment:

Possibly, because time was not actually limited for our participants, they were able to extract positivity from their environments without the poignancy or stress that accompanies real endings.

In a sense, imagined endings may offer more of the benefits and less of the drawbacks of facing a true loss.

One hospice nurse famously reflected on the top regrets of the dying, based on her experiences at their bedsides. Among them are the regret of working too much and losing touch with close friends. 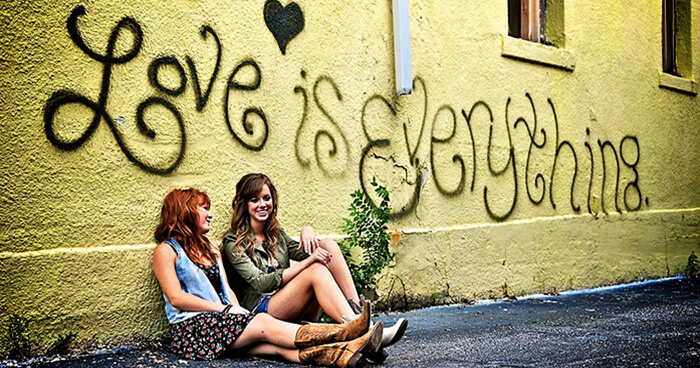 Among the biggest regrets of the dying is losing touch with close friends.

Whenever I reflect on this, I’m struck with a kind of urgent confusion: Why don’t we prioritize the right things in our lives? Why do we get bogged down in stresses and annoyances rather than treasuring everything we have?

Although these questions are still perplexing, this research at least suggests a potential, counter-intuitive solution: Imagine that the thing you love will soon be coming to an end. Far from making you unhappy, this exercise may give you the capacity to better appreciate the here and now, and perhaps avoid regret later.