Charlie Veron has seen things no other human will ever see. The world’s leading expert on corals, he has the strange distinction of possibly being the only person in the world who will ever live to see most of the magical coral reefs across the globe, many of which are now gone.

Like the name of his recently published memoir, A Life Underwater, Charlie’s 50 year passion for coral reefs has given him hours and hours under water, all around the world, satisfying his curiosity and wonder for beautiful corals.

His love affair with science began when he was just a little boy. He roamed the bushland and rock pools near his home in Sydney’s north. Born John Veron, he was soon nicknamed Charlie, after the famous Charles Darwin, due to his exceptional interest in natural specimens.

He had a tough time at school; he was bullied and struggled academically, but went on to receive a scholarship to University where he studied herpetology and entomology and later published more than 100 scientific works.

Amazingly enough, his childhood love of the ocean and the reefs he played on was rewarded when he applied for a position in post doctorate work on corals. He was appointed the Great Barrier Reef’s first full-time research scientist, later becoming a marine biologist without ever having attended a single lecture on marine biology. 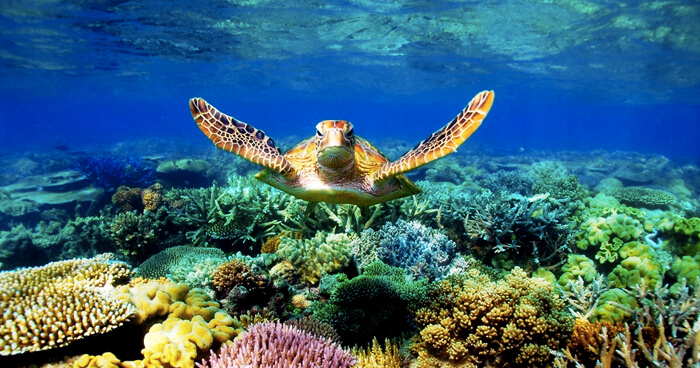 Charlie Veron’s passion for the ocean led him to dedicating his life to studying corals.

Charlie Veron’s achievements are unprecedented in science. He identified the Coral Triangle, otherwise known as the ‘Amazon of the seas,’ a 5.7 kilometre area near the Solomon Islands. He was the first person to complete the monumental task of compiling a global classification of the world’s corals. Charlie showed science that the Indo-Philippines archipelago has the world’s greatest diversity of coral, rather than the Great Barrier Reef, as was previously believed. And he also originated a whole new theory about how corals evolved. This theory was revolutionary when he published it in 1995 in his book Corals in Space and Time.

His impact on the world has been truly phenomenal, both as a scientist and a naturalist, but also as an activist. In an interview with UPLIFT, Charlie Veron shared some potent lessons we could all benefit from following.
[signupbanner]

Charlie believes that being in nature, and in particular just listening, is one of the most important things you can do in life. He has spent much of his life immersed in the natural world, observing, listening, and communing. He says nature has always given him tremendous comfort.

Adult, child, whatever, keep contact with the real world. You can’t look up the real world on your phone, you need to experience it. There is no substitute for experiencing it, it’s an emotional thing, on all levels. To me, it’s vital. A human becomes a different person if they can’t experience and love and be part of nature. They are a different person. Maybe we will evolve into a type of creature that is divorced from nature but my prediction is that we will all die catastrophically if we try that. 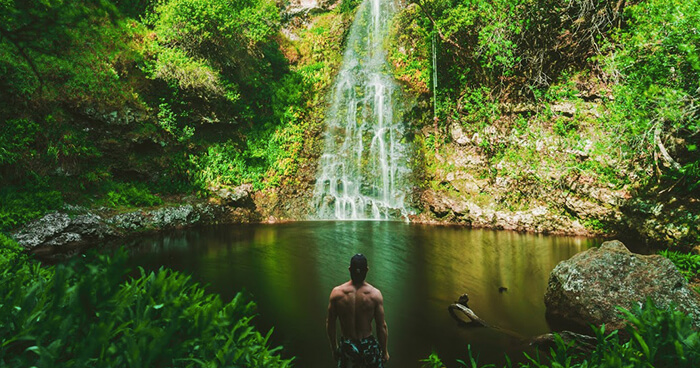 Spending time in nature not only comforts us but helps us connect with it.

Spending time in nature also has another important by-product.

Yet, in his lifetime, Charlie has seen both the incredible wonders of nature, but sadly has also witnessed one of the world’s greatest natural wonders collapse around him. He says that in the last two years, half of the Great Barrier Reef–the world’s largest coral reef system–has died because of coral bleaching caused by rising sea temperatures. Years ago, he would need to wear a wetsuit, but now when he goes diving he often doesn’t because he believes the sea feels warmer.

I still find solace in nature, that’s where I have to go now–back to nature. I’m almost worn out, almost broken. I’ve been on this path for such a long time. But my high is the natural world. It’s my refuge, but in a way now I’ve almost got to apologise before I take refuge.

Many people today are suffering from fear and despair about the environment, so much so that a new psychological category has been created, and it’s called eco-anxiety. Depression, anxiety, grief, despair, stress—even suicide: The environmental damage isn’t only counted in water shortages and wildfires, it’s likely eroding mental health on a mass scale too, reports the American Psychological Association (APA). 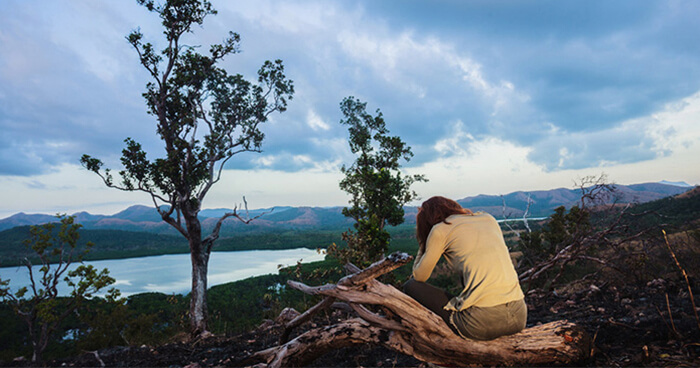 Eco-anxiety refers to anxiety or worry about the ecological threats facing the earth.

The APA says the rapidly changing environment is a legitimate source of distress already affecting many people, and it has the potential to be psychologically destabilising, causing a range of mental health conditions, from PTSD, to compounded stress, enormous strain on relationships, as well as addiction, aggression and violence.

Even though you may be suffering from eco anxiety, being in nature is what will help you find peace and healing.

2. Create a Job from What You Love to Do

Diving was a hobby to begin with. Something I loved. And I turned my hobby into a job at just 22.

The man who has been proclaimed a ‘second Darwin’, almost didn’t become a scientist. It was scuba diving that returned him to his childhood love of marine life, and led to a career as a self-taught coral specialist, a field he revolutionised. He has spent years diving among exquisite coral reefs in the most unimaginable and remote places across the globe.

He made his passion his life’s work. Not only did he revel in this work. As a young scientist, he was wayward–he took risks and that allowed his astonishing breakthroughs. He is a voice today for fearless creative exploration. 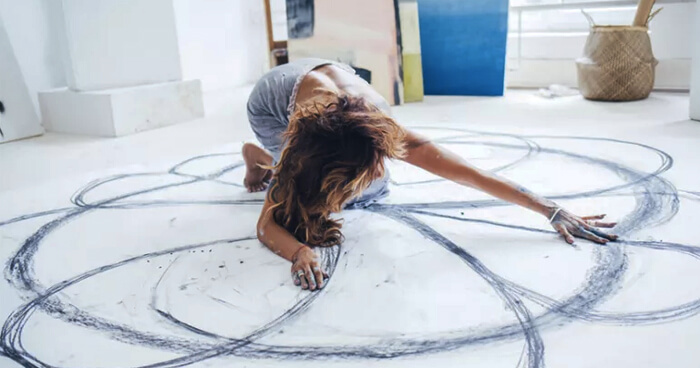 Whether you’re a scientist, naturalist or anybody else, we need to realise that nature is something immensely complicated, the biggest thing on our planet. And to understand nature you really need to be very observant and think. What really matters is seeing what the real world really is and how it really works. So I realised that from a very early age.

3. Be Creative and Produce Something of Lasting Value for the World

Charlie Veron discovered a quarter of the world’s coral species. His contribution to science is staggering. He provided a baseline for future scientists to work from and he interpreted the secrets corals have to share about our planet’s past and future.

He is now completing a project which has taken him over a decade to create. The interactive online resource, Corals of The World, is a resource that Charlie says aims to give ocean scientists of the future ‘answers to all conceivable questions’. It is essentially the collation of his life’s work. Charlie Veron has seen coral that no other human alive will ever see. He has participated in 67 expeditions to all the major reef provinces in the world. In his over 50 year career, Charlie has completely revolutionised our understanding of coral reefs, showing us how they grow and reproduce, the way that they evolve, and sadly, charting the way they are dying.

His life’s work will provide something of value for all generations to come.

Despite the deep pain of seeing something you love being destroyed, as one of the lonely voices in a barren wilderness, Charlie has never given up. All his predictions and the warnings he gave nearly 50 years ago, have come true. And he is still speaking out in a desperate bid to save what is left of the extraordinary coral reefs in our oceans. 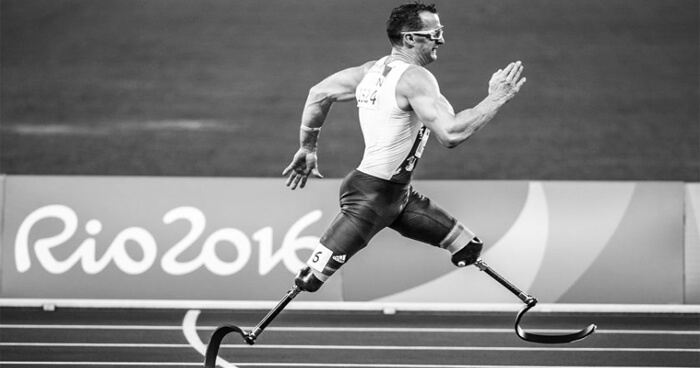 You will face challenges in any thing you do in life. Don’t give up.

Author and environmental advocate, Tim Winton, says Veron “isn’t just a coral scientist, he’s a pathfinder, a scout who’s been sending back dispatches on the future of our planet for decades.” Known as the ‘Godfather of Coral,’ Dr Veron has been hailed by the likes of high-profile British naturalist, David Attenborough. He is someone we need to pay attention to.

It would be wonderful for me to dive on a coral reef that hasn’t been seriously trashed and degraded.

It’s taken my entire lifetime to work on almost all the major coral reefs of the world and it’s been a great privilege. And I thought it was once the greatest job in the world, but now it’s the most horrible job. Because it’s nothing like it used to be.

Despite his deep despair at what he is witnessing, Charlie is moving forward and doing everything he can to both save the existing coral reefs, along with documenting the coral species that are rapidly disappearing or already gone. He seizes every opportunity to shine a light on this deeply serious issue.

The oceans are the big guys, they control climate, and basically everything, because two thirds of our planet is ocean… So coral is really our canary in the coal mine. There is no doubt about that. And somewhere between a quarter and a third of all marine species have some part of their lifecycle in a coral reef. So when you take out coral reefs, you’re going to induce an ecological collapse of the oceans.

The degradation of the planet today is providing each one of us with an opportunity to show up, to find our voice and our inner power, to rediscover what really matters in life and to commit to becoming a hero who fights for what is right. These four life lessons from this extraordinary man can help us to find our way in the fog of confusion prevailing over a world that has lost its way.

I truly admire and envy ppeople like Charlie. People whose passion creates their purpose in life. I love being in nature. From a small child to now a senior, my solace is the natural world. I am no scientist but have tried to inspire young and old alike to embrace the amazing beauty and wonder of nature and in turn protect it. I pray we will all awake and follow a path where all life can flourish.

What a beautiful wish and words Marsha, thank you for sharing them 🙂