BY Chip Richards
Welcome to UPLIFT
Discovering Love
Finding the Flow: Life Lessons from Water
Reflections on the Water

Eventually, all things merge into one, and a river runs through it. – Normon Maclean

“What the heck is ‘river boarding’?”

This was my first response when one of my brothers suggested this as a “guys’ day” in New Zealand several years ago. They had come to visit from the US and I wanted to give them a good adventure, so we went to Queenstown to explore the planet’s epicenter of adrenaline. On our last day, we talked each other into ‘river boarding’, which basically consists of suiting up in the thickest wetsuit known to man (picture the skin of a rhino), and being dropped into a freezing, frothing, raging, rapid-filled river with nothing but a boogie board and a pair of flippers. Sound fun? We sort of thought it was, so my brothers, dad and I signed up.

We started together as a happy group of twenty in a calm section of the river with a seemingly simple plan: float downstream to where the vans would meet us four kilometers away. But by three minutes into the journey, as we plunged into our first set of rapids – with jutting rocks, sheer cliff faces and deep spiraling holes to dodge at every bend – we each began our own gasping version of a hero’s journey of survival, desperately kicking this way and that (feet cramping, hands frozen) trying to stay afloat. Despite my own love of water and deep passion for rivers, my efforts to navigate this writhing beast were utterly futile. In fact, the harder I kicked, the further behind I began to drift, until I looked out through my cockeyed helmet to discover the whole group was actually way ahead of me! 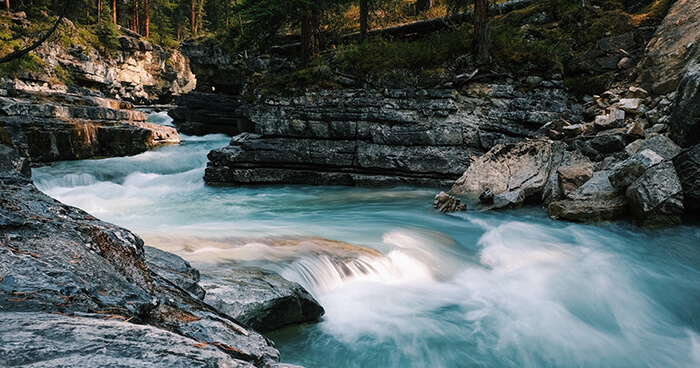 At some stage, one of the Kiwi guides circled back to check on me. “You alright, mate?” he said with a compassionate grin, hovering next to me like Yoda. I sputtered a half-smiling nod, then watched him slip away through some secret current, instantly rejoining the others. Smartass. I’m pretty sure he had propellers on his fins. And what was I doing wrong? By the time we’d been in the water for twenty minutes, my legs felt like a pair of fossilised oaks and my face was frozen into a permanent grimace. I had completely exhausted myself and I knew had nothing left to fight the current.

As I drifted toward the next set of rapids (the largest and most intense section of the river), I could barely make out the other helmets bobbing in the waves ahead, but at this stage I was too tired to care. So I decided to use my last sliver of energy to simply hold on to my boogie board and let the river take me where it wanted. Clinging to my foam biscuit-like an otter with a clam, I rolled onto my back as I was sucked into the next roller-coaster section. I remember gazing up along the granite cliffs to the sky thinking, “If this is how I die, at least I’m surrounded by beauty. Raging, frothing, frigid beauty… but beauty nonetheless.” And with that, I surrendered. I let go. I gave over completely to the power of the river with no choice but to trust it to take me where I needed to go…

Within a few moments, the strangest thing happened. Somehow, without kicking my feet or even so much as looking where I was going, I found myself drawn naturally into the very centre of the current, where I was pulled along quite seamlessly through this wild section of the river. Overfalls, around jagged stones, through narrow passages with no major collisions and still I was breathing. Within a few minutes, I found myself bobbing along right next to the other participants, and remarkably, by the time we reached the next stretch of calm, I had actually passed up the entire group and was now out in the very front by about fifty meters. All without kicking once! Simply holding on and trusting the flow of the river.

An hour later as we reached our exit point, my entire body was numb but my heart was alight with a golden truth in the realms of flow – the power of surrender. 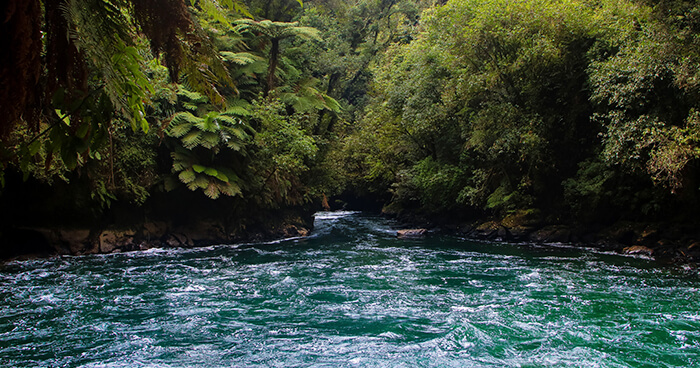 I had entered the river with a plan and with belief in my own abilities to get me through. I had struggled and fought with everything I had to force my way to get from A to B, but ultimately my effort and energy was tiny in comparison to the greater currents of the river. When, through utter exhaustion, I was finally forced to surrender, amazingly the path opened up before me without any effort and I was literally drawn into the greater flow. A flow which instantly transformed my experience and ultimately delivered what I had envisioned, but in a way that I never could have imagined.

Since that time I’ve been struck by how this pattern of focus, surrender, and subsequent movement shows up in my own and other people’s life. How we can become so fixated on a goal or vision for how we think something’s supposed to happen that we miss a greater path of possibility that is right there flowing in and around us. Strangely it is often only at a point of breakdown, when we simply cannot take another step, that our surrender to the ‘plan’ opens up a higher path.

This reminds me of an experiment I once read about the founders of the Esalen Institute in California in their early days of exploring human potential. In efforts to increase their ability to focus intention, they developed a device that measured energy and translated it electromagnetically from sensors on their body to a little needle on a scale. As they held their focus in a certain way, the needle would move along the scale. While the primary aim of the experiment was to expand their ability to focus energy (moving the needle further and further), what they discovered was something quite extraordinary…

They found that while their conscious focus could indeed move the needle slightly along the scale for a time, the greatest movement (by far) came in the moment immediately following intense periods of focus, when they simply could not concentrate anymore and were forced to give up. In these precise moments of “Ahhh” release, the needle – which had been hovering just barely above the start line – would spring across the scale, maxing out the measurement. From this experiment emerged a whole meditative practice they named ‘Focused Surrender’, reflecting the ebb and flow, push and release of energy we often experience on the path of growing, becoming, pursuing our dreams and nurturing our creations in life. 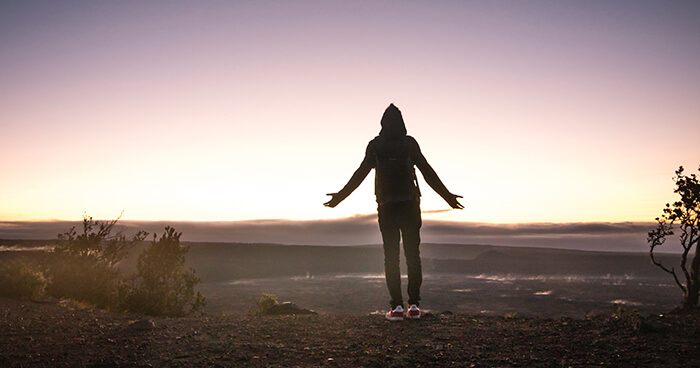 The basic conclusion of the study was that in order to achieve the highest result in a given endeavor, both total focus and total release were required. Without the inertia of clearly focused intention, the needle would have no impetus to move, but without the equal willingness to surrender, the higher possibilities of the energy would never be fully realised. Without a commitment to swim the river I would have never begun, but without surrendering my efforts to the greater flow, I would probably never have finished!!

Consider your own creative process in life. Do you tend to hold fast and cling to your initial vision of a project or plan, trying to control the outcome even when the energy may be calling for something new? Or are you so quick to follow impulses that you find yourself distracted and wandering up tributaries that ultimately dry up? What is the balance of focus and surrender in your creative process and life… and what is this moment calling for? Is it time to strengthen your resolve and bring new levels of commitment or intention to your path? Or are you ready to let go and allow the greater river inside of you to carry you and your creations around the next bend?

Those are really amazing lessons that you learned from the water flow. Actually, Tony Robbins has said, wherever the focus goes the energy flows. And it’s one of the best lessons that we can learn from rivers.

I spent my teen years in Minnesota, and sometimes in the spring we also would put on our wetsuits and float the rapids of the flooded streams. I’ve done a great deal of whitewater in canoes and kayaks, too. I can relate to this story. Focused surrender sounds alot like Open Focus: http://openfocus.com/resources/ I also do a prayer of surrender every morning!