BY Sarah Ripper
Welcome to UPLIFT
Stories of Love
Finding Connection through Detachment
How Can Practising Detachment Help Us in Our Modern Lives?

No matter how ‘spiritual’ we believe we are, we’re in this thing called life together. Many spiritual paths and teachers speak of detachment and loving-kindness as a way of being. Modern society has a mass of distractions that can divert our attention. We see aspects of our immediate reality and broader world tangled up in various threads; politics, the media, the economy, that can divert the focus of a truth seeker. Like attracts like, and it is comforted by its regular diet of familiarity. It does not look to try new foods because it has no concept of being hungry. Spiritually hungry, that is.

Let’s try on the idea that if you have a body, you are on a spiritual journey. The awareness and deliberate cultivation of that journey is just in varying degrees. Letting go of attachments can give us greater clarity so that we can spend more time on what we’d really like to be doing.

Detachment doesn’t mean to be cold, negative, or lacking in compassion for others. The concept’s origin, ‘nekkhamma’ is a Pali word often translated as ‘renunciation’, the surrendering of the world and leading a holy life, cultivating inner and outer freedom from the allure of desires. Nekkhamma is one of ten Paramis, or character building qualities of a Bodhisattva. The depth of this concept and its application is an extensive study that I am not going to attempt to dilute into an article, but I’m interested in how we can practically apply this teaching.

Let’s look at the factors that we need to detach from. People think they are acting independently. Independent of what though? As an individual person, and collective humanity, we are made up of several interrelating parts with various shades of influence and interdependence. In this sense, it might be helpful to actually consider ourselves as separate.

Our different parts can be understood in lots of ways. One is the Hindu tradition’s chariot metaphor; the chariot as the body, the driver as the intellect; with the reigns representing the mind, and the five horses signifying the five senses. It is the chariot driver who steers the chariot towards the soul’s destination. The soul, the passenger, is seeking ultimate reality as it travels a path paved with objects of the senses, that can be managed by the will of the intellect. If the soul is more infused with the body, there’ll be an increased amount of universal consciousness in the physical form.

What is detachment? Detachment is the song of our inner joy…. Detachment fulfils itself in the palace of Divinity and Immortality – Sri Chinmoy 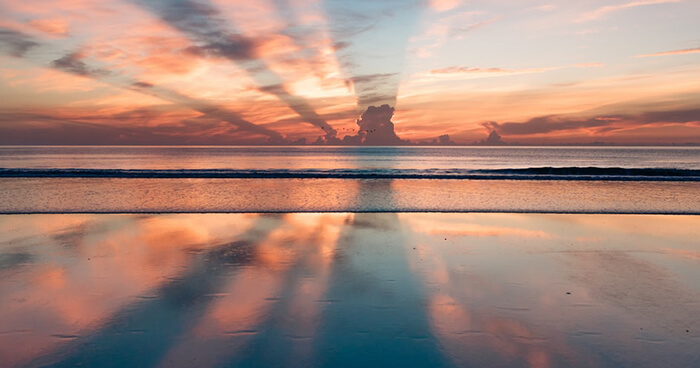 Detachment is about not being ruled by our possessions, emotions and so on. Image: Ravi Pinisetti.

Shedding external stimuli is useful. Think about when we are preparing for meditation, we create a safe space, away from outside distractions. We then practice. We witness the emotions and mind; honouring, releasing or observing these parts. The mind, an instrument of our higher faculties or our ‘I AM presence,’ can be then trained, and our heart centre loved, to assist in letting go of our attachments and reaching deeper states of clarity. To paraphrase Parahamsa Yogananda, if we all left our lives behind and moved to the Himalayas to surrender to our spiritual evolution, the mountains would then become a city, creating what we moved away from. So, how can we integrate this wisdom of detachment into our modern life?

Tithe aka – Give stuff away

Tithing, derived from the old English word teogoþa meaning ‘tenth’ is the act of giving money (or material goods) away. Many traditions teach tithing. Using concretised energy–money–in the spirit of “it is in giving that we receive”, to purify the heart. In Islam, the 2.5% Zakat tithing serves the same purpose. Some Buddhists teach that when we give things away, we are not helping the people we give to, they are helping us, as they are teaching us compassion.

Giving away with humility is a practical action of generosity and loving-kindness, with the benefit of neutralising negative karma/generating positive karma. It also has the benefit of energetically supporting that which you would like to see in your life and the world. For example, if you want to have access to healthy food, then you can change your intention to wanting all people to be fed. So to contribute to this act of karma, you might choose to support a food or kitchen garden project. Sharing what you’ve got materially demonstrates that you are willing to contribute what you can as a tool for good. It also shows that you have power over these material objects, not the other way around.

The first time I went to India, I saw a stencil repetitively sprayed onto walls around the city of Chennai in Tamil Nadu, “Service to humanity is the highest form of worship”. Giving and sharing without keeping tabs, also known as service or Karma Yoga, is not something that is compartmentalised into our calendar and is often sidestepped instead; the universe doesn’t really understand that kind of inconsistency. However, it’s something we can practice wherever we are just as the opportunities arise. The scale of service is not for us to measure or worry about, the power of intention is.

In being of service, a person should aim to shift from being concerned about the self or another to instead caring. Swap your intention of concern for your intention to love and care without attachment. Care is empowering, whereas concern is strengthened by the ego, or by things not being ok just as they are. 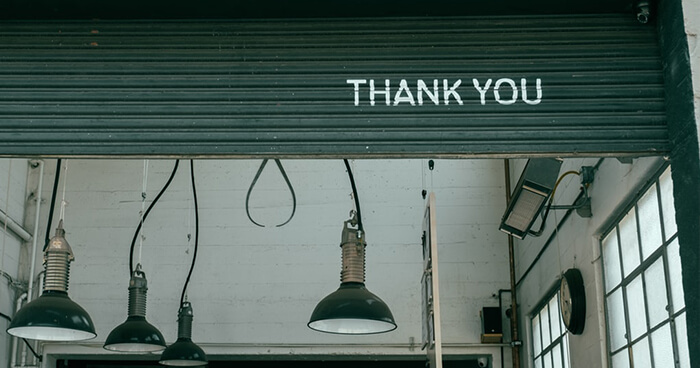 The intentions behind our acts of service are more important than the scale of the act itself. Image: Matt Jones.

Many effective projects contain a mixture of these elements, and being that they are run by humans who are continually growing, they have the space to shift and change direction as appropriate. This means that there is infinite potential for the intentions to evolve. The ego fights for or against change, rather than being change. When we are living in a state of concern, we focus on, talk about, fight, and resist the problem. Yes, there may be power imbalances and undesirable impacts on the planet, which must not be ignored, but using your precious life force to fuel the problem’s narrative only increases its power.

Service, when used with intention, and through both vibrational and physical form, has the power to uplift. From sending good wishes to people who cross our path, to giving practical support; serving others creates connection and gratitude.

Forgiveness can give us freedom. Often we are holding onto a ‘bad’ memory from our past, and as we water this ‘bad’ memory through repetitious recall, just like a plant, it will grow. This painful memory can sprout into guilt. Guilt always looks for a way out, someone to blame and shame, whether it be ourselves or another. The blame game ends in resentment, and like a stagnant water-logged plant that has been given way too much murky water; you cease to thrive. Pain plus attachment, multiplied by time, equals…quite the allegiance! This allegiance is heavy, and though it serves as a teacher of experience, it’s not something we need to squish into our carry on baggage for the journey ahead.

Holding onto anger is like grasping at hot coal with the intent of throwing it at someone else; you are the one who gets burned – Gautama Buddha

Forgiveness is powerful for creating more space for the now and the new. Through letting go, we lighten our load. We choose not to hold onto the past and instead, we direct our energy to the present. This enables us to project 100% into the future, rather than only 50%, whilst the other 50% lingers in our past; being forcibly kept in our personal ingredient collection that’s well past its expiry date. Just like hair or nails that have been cut, or leaves that have been shed, the loss doesn’t need to be heavy. The death of these memories and the meaning or significance we attach to them is our choice. We are then brought back to our presence, from which we can be, and create onwards.

Presence is an eternal state of being unconcerned – Matt Kahn

Gautama Buddha said the cause of suffering is attachment. Detachment from internal and external tugs-of-war, allows the ropes to fall to the ground, and the tension from the continuous push/pull to release. Through interacting with others and ourselves with loving-kindness, forgiveness, generosity, and service without expectation, we allow growth to take place, and space for new possibilities to emerge.

0
Reply
PrevPreviousWopida: A Global Ceremony of Gratitude
NextWhat is a Sacred Place?Next