Eight Ways to Stand Up to Hate

There’s no denying it, hatred is erupting all over the United States, and the world, after having long simmered beneath the social surface. A week after the US elections the Southern Poverty Law Center tallied more than 400 incidents of ‘hateful intimidation and harassment’. Millions of Americans now fear becoming victims of verbal and physical assaults, possibly thanks to some threatening and violent language coming from the very top of our society.

In the face of such upheaval, how can you prepare yourself to protect those who are being threatened? How can you confidently stand up for the worth and dignity of every person, even when it’s uncomfortable or scary? It all starts with mentally equipping yourself for such action, and for the consequences that come with it.

For anyone to become an active, everyday social hero, who does daily deeds of helping and compassion, that journey and new role in life begins in one’s mind

says psychologist Philip Zimbardo, author of The Lucifer Effect, and founder of the Heroic Imagination Project. 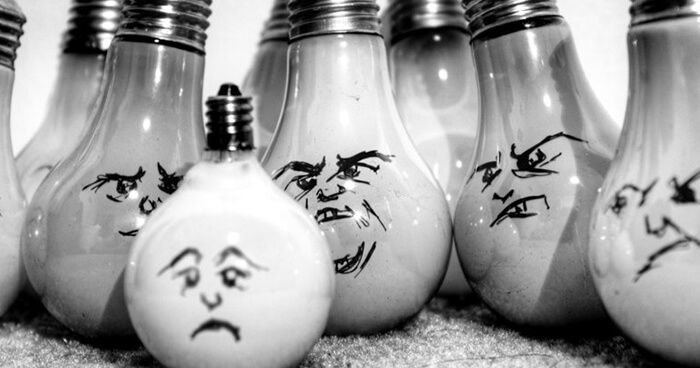 Discrimination should not be tolerated.

While few of us may witness an actual hate crime, anyone can be confronted with hateful language; at work, on the street, or even over Thanksgiving dinner. Here are some strategies you can use to turn your mind toward everyday heroism, and to help you act in ways that reflect that commitment.

Most of us would like to believe that when we see someone being attacked or harassed, we’ll quickly rush to their aid. But while heroic intervention can certainly arise out of empathy for others, it’s more likely to be successful when you’ve had some nuts-and-bolts, ‘real world’ training. If you don’t yet feel confident in your ability to protect or stand up for someone, seek out a course or workshop that teaches how to engage in effective bystander intervention. A few good places to start: Green Dot, Hollaback!, and Response-Ability. In a 2011 University of Kentucky study, people who took part in Green Dot training reported intervening more actively when they saw someone in trouble. And another perk is that you’ll get to meet plenty of other people who share your values. 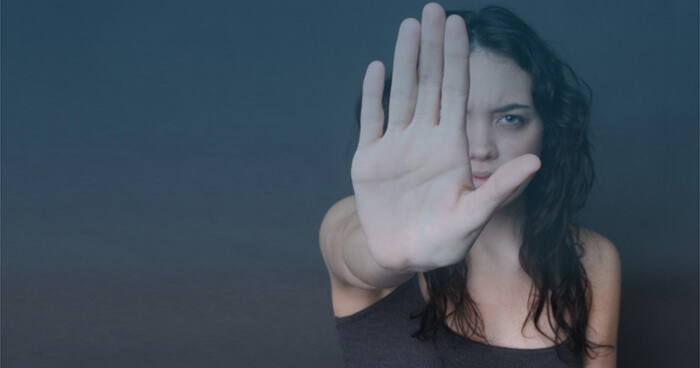 There are many resources that teach effective methods for defusing confrontation.

2. Be the first to speak up

Classic social psychology studies reveal that people typically look to those around them for cues on how to behave, and that they tend to trust those cues, even when doing so leads them badly astray. In the Asch conformity experiment, for example, participants were shown a picture of a line and asked to state which of three other lines equaled it in length. When other people around them chose the wrong answer, the subjects often went along with the crowd’s flawed judgment.

But if you’re aware of how people’s conformist tendencies operate, you can harness them to do good. In a variation on the Asch experiment, people were far less likely to follow the crowd’s lead when there was just one other person near them who chose the correct line lengths. When you speak out about injustices happening in front of you, you can help tip the social balance toward truth. 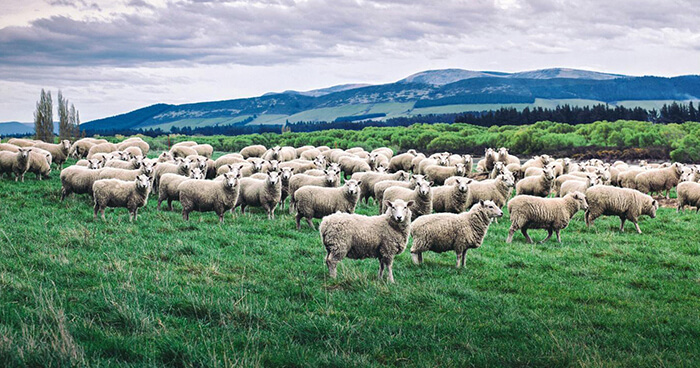 We have a tendency to follow what those around us are doing.

By taking such a stand, you can influence people on social media, too. NYU researchers reported this year that when people using a racist slur on Twitter were scolded by a highly followed user in their ‘in-group’, the offenders cut back on their use of the slur.

To defend someone who’s being threatened, you have to be willing to heed your own conscience above all else. But resisting social pressure takes serious guts, and it helps to do some trial runs to feel more at ease.

When he was teaching at Stanford, Zimbardo used to walk his students through an exercise he called ‘Be a Deviant for a Day’, which could mean, for example, drawing a giant circle on their foreheads, or wearing a pair of pink bunny slippers around campus. It’s a good way to learn what it feels like to go against the grain.

If you can practice when it’s safe, you’re going to be more likely to be comfortable with being uncomfortable.

Dare to be different.

In addition to honing your overall nonconformity game, it pays to rehearse for specific uncomfortable situations you’re likely to encounter. How are you going to react, for instance, if you see a passerby getting attacked in public? Or if a friend makes a casual hateful comment at a dinner party? Psychologist Lynne Henderson’s “social fitness” research suggests that if you come up with a plan and practice it, like in a role-play with a friend, you’ll be better prepared to put it into action when it’s most needed.

4. Ask for help when you need it

To stand up for someone in trouble, you’ll have to push past your own fear of making waves. Still, it’s important to find a balance between courage and caution. You should only put yourself in danger as a last resort, after you’ve ruled out all other reasonable options. If a harasser is waving a gun and threatening to shoot, rushing into the fray probably isn’t the best idea. 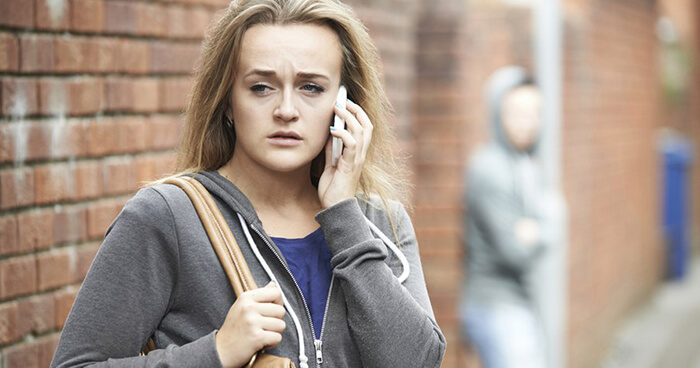 Assess the situation; if there’s danger, call for help.

“You can be an effective social change agent only if you know when to act alone, in a team, or not at all,” Zimbardo says. “When you size up a situation as dangerous, call the police or fire department or others nearby to help you do the right thing, aware that doing nothing is always the wrong thing.”

If the danger level seems low, but you’re not prepared for direct confrontation, try starting a friendly conversation with the person being harassed (“I love your scarf! Where did you get it?”). This can help defuse the situation.

To fortify yourself for the challenge of upholding your principles, it helps to look up to someone who has faced this kind of challenge and managed to act. It might be someone in your family who has taken in refugees from a war-torn country. Or it might be someone like civil rights activist Rosa Parks, who refused to give up her seat on a Montgomery, Alabama bus, in defiance of racist segregation laws. Having a role model can boost your heroic potential in the real world; many Holocaust rescuers, for instance, have told researchers about selfless people in their own lives who inspired them to help people in danger. 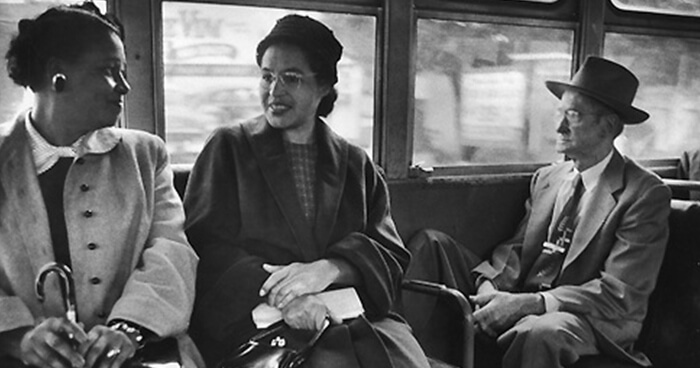 One courageous person making a stand can have a ripple effect, as Rosa Parks demonstrated in 1955.

At the same time, be wary of putting your role model on a super-human pedestal, because real-life heroes can make mistakes, just like anyone else. Instead, focus on specific qualities you want to emulate. Langdon says:

Each person’s going to have the good and bad. Maybe the good things they did are the important things.

Don’t confine your role model search to history books, either. Look to the selfless people in your own circle of friends and acquaintances, the bonds you forge with them, and the values you share can be a critical source of support when things get tough.

6. Make connections with people different from you

Interacting and making friends with people from a wide range of ethnicities and backgrounds can help us to become more accepting and open minded. A 2011 research review shows that when people strike up friendships with members of other groups, fears and prejudices tend to fall away.

Daryl Davis’s courage is so inspiring!

In one extreme example, African-American pianist Daryl Davis took the risk of getting to know members of the Ku Klux Klan personally. Confronted with living evidence that their hateful ideas were wrong, a number of these men ultimately resigned from the Klan and gave Davis their hoods and robes. Davis’ story illustrates that forging human connections with those you fear, or those who have disappointed you, in no way implies acceptance of their prejudice or wrongdoing. For instance, if someone makes a bigoted remark, calling that person out and telling them you won’t stand for it may be the highest form of love you can demonstrate.

7. Ask people what they really need

When attackers are targeting people of a particular skin color or creed, you have a responsibility to intervene if you believe all humans are valuable and worthy of protection. In this spirit, activists have encouraged people to wear safety pins as an outward signal that they can be relied on to help in the event of an attack. But some critics have expressed concern that the pins only make wearers feel better about themselves, and that pin-wearers may not understand the true needs of those they say they want to protect. 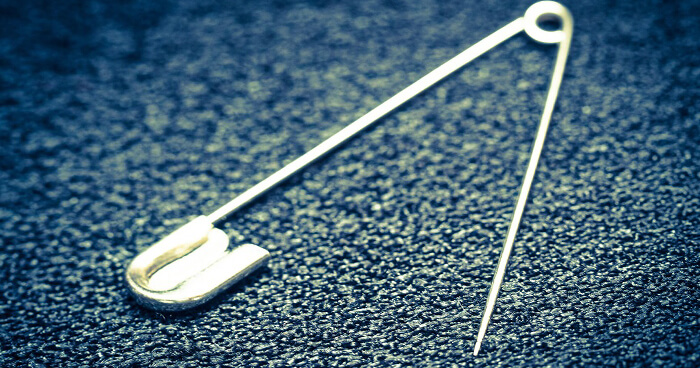 Wearing a safety pin is a good gesture if you’re committed to the cause.

Donning a safety pin is a good way to express your solidarity with those feeling threatened. But you can go further by making the effort to ask people you know, “How are you doing right now? How can I make sure I have your back?” Then listen carefully to what they have to say, even if some of their answers aren’t what you expected.

It’s an inconvenient psychological truth: No matter how rock-solid your values are, you’ll have to guard against the tendency to overlook them in the moment.
In the famous Good Samaritan experiment conducted at Princeton University, people who were in a hurry to get somewhere were far less likely to stop and help a distressed victim in an alley. And when multiple people are watching a dire situation unfold, each individual observer is often less likely to help. Psychologists call this the bystander effect, and it’s rooted in our very human tendency to assume someone else will act.
In Heroic Imagination Project workshops, students learn to pause in high-stakes situations and ask themselves what action reflects their true values.

Zimbardo says. It only takes a second or two, but it can make a lifetime’s worth of difference to someone in trouble.