Eckhart Tolle on How to Rise Above Thoughts

Your mind is an instrument, a tool. Thoughts are there to be used for a specific task, and when the task is completed, you lay them down. As it is, I would say about 80 to 90 percent of most people’s thinking is not only repetitive and useless, but because of its dysfunctional and often negative nature, much of it is also harmful. Observe your mind and you will find this to be true. It causes a serious leakage of vital energy.

This kind of compulsive thinking is actually an addiction. What characterizes an addiction? Quite simply this: you no longer feel that you have the choice to stop. It seems stronger than you. It also gives you a false sense of pleasure; pleasure that invariably turns into pain.

Why Are We Addicted to Thinking?

Because you identify with thinking, which means that you derive your sense of self from the content and activity of your mind. Because you believe that you would cease to exist if you stopped thinking. As you grow up, you form a mental image of who you are based on your personal and cultural conditioning. We may call this phantom self the ‘ego’. It consists of mind activity and can only be kept going through constant thinking. The term ego means different things to different people, but when I use it here it means a false self, created by unconscious identification with the mind. 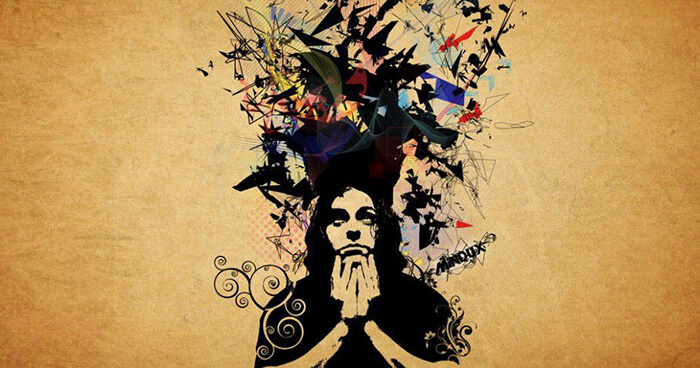 Our addictions to thinking cause a serious leakage of vital energy.

As you grow up, you form a mental image of who you are based on your personal and cultural conditioning. We may call this phantom self the ‘ego’. It consists of mind activity and can only be kept going through constant thinking. The term ego means different things to different people, but when I use it here it means a false self, created by unconscious identification with the mind.

The Nature of The Ego

To the ego, the present moment hardly exists. Only past and future are considered important. This total reversal of the truth accounts for the fact that in the ego mode, the mind is so dysfunctional. It is always concerned with keeping the past alive, because without it – who are you?

It constantly projects itself into the future to ensure its continued survival and to seek some kind of release or fulfilment there. It says: “One day, when this, that, or the other happens, I am going to be okay, happy, at peace.” Even when the ego seems to be concerned with the present, it is not the present that it sees: It misperceives it completely because it looks at it through the eyes of the past. Or it reduces the present to a means to an end; an end that always lies in the mind-projected future. Observe your mind and you’ll see that this is how it works. 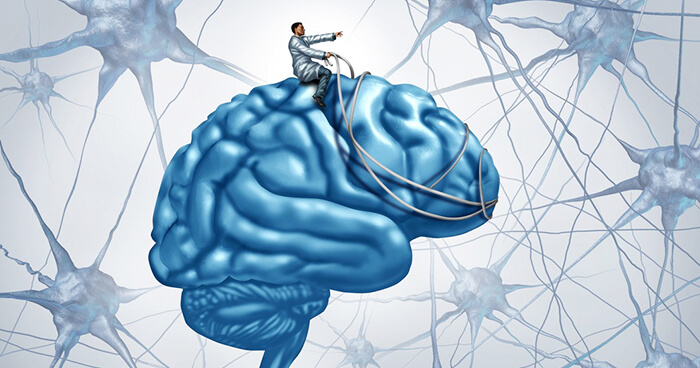 The ego constantly projects itself into the future.

The Present Moment Holds The Key to Liberation

But you cannot find the present moment as long as you are your mind. I don’t want to lose my ability to analyze and discriminate. I wouldn’t mind learning to think more clearly, in a more focused way, but I don’t want to lose my mind. The gift of thought is the most precious thing we have. Without it, we would just be another species of animal.

The predominance of mind is no more than a stage in the evolution of consciousness. We need to go on to the next stage now as a matter of urgency; otherwise, we will be destroyed by the mind, which has grown into a monster. I will talk about this in more detail later. Thinking and consciousness are not synonymous. Thinking is only a small aspect of consciousness. Thought cannot exist without consciousness, but consciousness does not need thought.
[signupbanner]

Enlightenment means rising above thought, not falling back to a level below thought; the level of an animal or a plant. In the enlightened state, you still use your thinking mind when needed, but in a much more focused and effective way than before. You use it mostly for practical purposes, but you are free of the involuntary internal dialogue, and there is inner stillness. When you do use your mind, and particularly when a creative solution is needed, you oscillate every few minutes or so between thought and stillness; between mind and no-mind. No-mind is consciousness without thought. Only in that way is it possible to think creatively, because only in that way does thought have any real power. Thought alone, when it is no longer connected with the much vaster realm of consciousness, quickly becomes barren, insane, destructive. 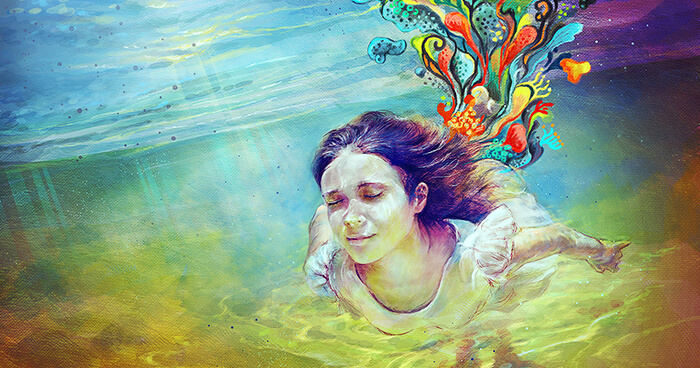 We can only think creatively when we oscillate between mind and no-mind.

The mind is essentially a survival machine. Attack and defense against other minds, gathering, storing, and analyzing information – this is what it is good at, but it is not at all creative. All true artists, whether they know it or not, create from a place of no-mind, from inner stillness. The mind then gives form to the creative impulse or insight. Even the great scientists have reported that their creative breakthroughs came at a time of mental quietude. The surprising result of a nation-wide inquiry among America’s most eminent mathematicians, including Einstein, to find out their working methods, was that:

[thinking] plays only a subordinate part in the brief, decisive phase of the creative act itself.

It wasn’t through the mind, through thinking, that the miracle that is life on earth or your body were created and are being sustained. There is clearly an intelligence at work that is far greater than the mind. How can a single human cell measuring 1/1,000 of an inch across contain instructions within its DNA that would fill 1,000 books of 600 pages each? The more we learn about the workings of the body, the more we realize just how vast is the intelligence at work within it and how little we know. When the mind reconnects with that, it becomes a most wonderful tool. It then serves something greater than itself.

In particular I enjoy the quotes by Eckhart Tolle that speak on mind and ego. One of the best quotes is “The most common ego identifications have to do with possessions, the work you do, social status and recognition, knowledge and education, physical appearance, special abilities, relationships, person and family history, belief systems, and often nationalistic, racial, religious, and other collective identifications. None of these is you.” – Eckhart Tolle Quote on Ego

In particular I enjoy the quotes by Eckhart Tolle that speak on mind and ego. One of the best quotes is “The most common ego identifications have to do with possessions, the work you do, social status and recognition, knowledge and education, physical appearance, special abilities, relationships, person and family history, belief systems, and often nationalistic, racial, religious, and other collective identifications. None of these is you.” – Eckhart Tolle Quote on Ego

And so it is

I know what he means, when we aren’t thinking we are creating. Some people call it the zone. If i think too much, I get in my own way.

(Hmm, guess I’m going to have to think about this!!) Ha ha! Actually, it’s much more fun to see life and ourselves through our “mind’s eye”…without really thinking, as with imaging! This also places us firmly in the NOW, which is always a good place to be! To be…not to think about…as we must for both the past and the future! Just to BE! The now IS being. It’s where we exist! Yet we have subltly tricked ourselves into thinking we are what we DID, what we WILL DO! Even though we are not called “human doings”, but rather are known as human BEINGS!

As we age, then…or perhaps have something else, like an illness or injury limit our “doing”, we have a much harder time holding on to ourselves, realizing our self worth, and even our purpose! Our goodness and our necessity for being gets tied up in what we could do, and now can no longer do! (A sad place to be, for the remainder of our days!). Even sadder that we allow others to view us as somehow LESS also, when they seem to also zero in on this focus…seeing us as no longer ABLE to DO all that we could once do, REGARDLESS of us STILL BEING ourselves!

I’m reminded of the Army’s slogan…BE ALL THAT YOU CAN BE! Yet, we instead live DOING ALL THAT WE CAN DO! Thinking rather than feeling, doing rather than being, shrinking from the world to just exist within ourselves…rather than embracing all that we ARE! (I feel that grief work and faith and relationships with our community can be antidotes needed for this and for overthinking!)